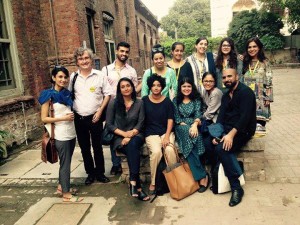 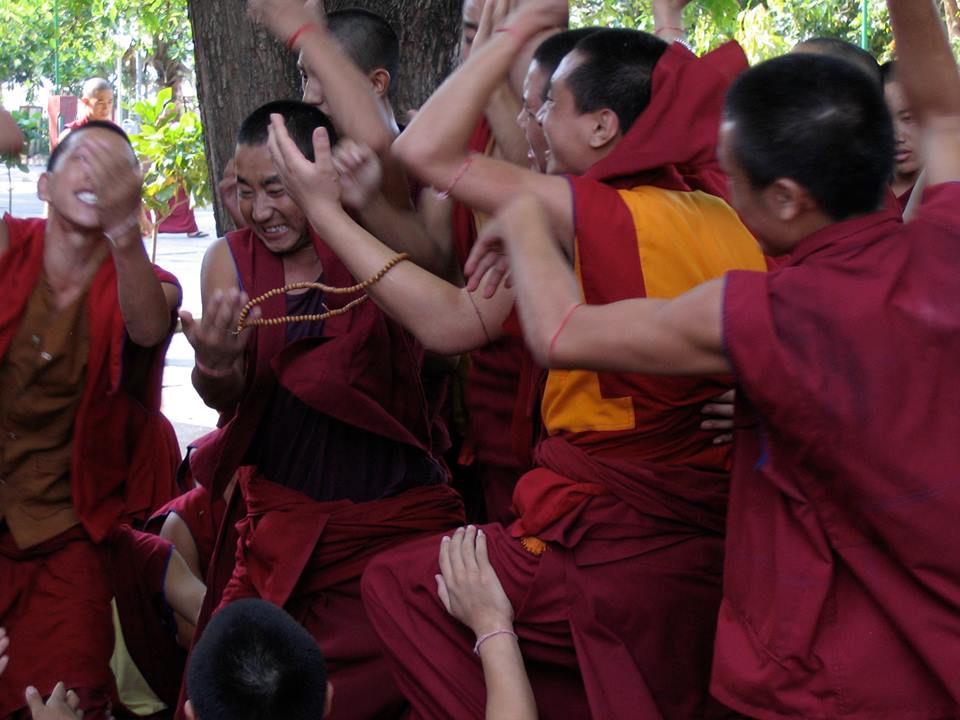 Art, history and academia are three sisters. They live under one roof, come from the same place but confront each other in ideology and personality. The irony being that all three can live their peaceful, independent lives but they choose otherwise…as the sisterhood comes as a grand rescue from deadly boredom. Artisans, historians and academics have thus thrived on each other’s livelihood.

Lahore Biennale Foundation, as the name suggests, is an organization with a big plan – yet it is grounded with belonging, situation and place. Lahore, the ancient city of Mughal gardens, the colony of universities and hospitals and the beautiful chaos of bazaars is an honorable echo of context. Inevitably the LBF has been progressing. To me it seems like a mission of bringing the three sisters together, verily a challenging but direly needed cause – for our people, time and place.

An art seminar titled ‘Ancestors: Architecture of Memory’ atthe prestigious National College of Arts brought many worlds together over a weekend. Academics, theorists, writers, activists, artists, curators and historians were all jumbled up through generations. From the student to the professor, all were present. The wisely chosen venue yet once again erased the liability of age and time.

This borderless-ness was celebrated when Urvashi Butalia (feminist, writer/publisher, researcher) said: Imagine having a place my east is your west at the Wagha border where people from both borders interact and share their feelings. It would be amazing if it was ever possible – imagine a borderless space on a border! She reminisced over a present more than a past, a present which was almost utopian. Cliché it may sound but ‘so near yet so far’ is in synch with Butalia’s subject. Experiences and anecdotes of partition, where Lahore stands true to no other words but “coming home” and where the tales/narratives of her ancestors come to life…

A few days back I was watching a video lecture by the legendary/pioneering video artist Bill Viola (delivered at the Berkley college) and in it he commented on the “life in objects/things” how belonging to a human being gives them a heart – where his mother’s belongings which were up on kitchen shelf, that he found a few years after her demise were a surge of memories and moments. And he stated that the most amusing part is that they outlive “us”. They hold time and so do places. Butalia verily implied that places resonate memories even if they are told in the form of stories. Her uncle and grandmother chose to live in Pakistan – places change stories? Or are people a determinant? Are there any borders at all? One wonders after listening to her…

During the session she touched another intangible border, the one that resides between fact and fiction. Batalia is an unsullied researcher. She shared the sensitivities of an ethical research and how respect is crucial. Discussing her book on sexual violence at the time of Partition, she said that many families or individuals were hesitant to share information with her or even with their own family. Lack of official documents can be a hindrance in prime research since events narrated out of memories might miss out some facts.

Shilpa Gupta, the world-renowned Indian artist and the Pakistani artist Rashid Rana in a discussion moderated by virtuoso curator Natasha Ginwala rephrased this bordering story through the virtual realm. Answering a query from the audience, Rana said that he was expecting that question. He referred to the divide of audience/art circle and the public through his public art installation My East Is Your West. This confession was important as it was a reflection on the overall dynamic of visual art. The line that is crossed from the making …to the viewer… into a response, what is shown and what is seen, how do we settle it?

Rana’s work My East is Your West came as a cool and quiet escape for me during a hot and humid summer afternoon in Liberty market. It had me staring at an empty chair, a fireplace and a painting. That experience was more to do with traveling through temperature, between comfort and discomfort. Singularly the work did not communicate “then”  – but the journey through works/project, like a collage put together – codependent – coexistent – in dialogue, Gupta and Rana explaining, sharing response and circumstance, felt like an arial view – and I developed a sincere respect for the intention. From survey to intense yet amusingly polite surveillance, it takes again to a crude cliché example, i.e. an Urdu proverb, “taali sirf dou haatoun se bajti hai”. A clap is only possible with two hands! This clap was of deep humane reflection – of looking at oneself while you are looking at the other.

The claps continued – to a broader more violent and vibrant language in a work by Ritu Sarin and Tenzing Sonam, with Tibetan men, “a single-channel video work, which explores the rarefied world of Tibetan Buddhist debate. Built around three sets of debates dealing with the basic Buddhist concepts of impermanence, lack of self-existence and dependent-arising. Empathy and scale, one realizes is the heart of human-existence.

Syma Tariq’s (freelance journalist and editor) sound piece at Zahoor ul Akhlaq Gallery wrapped the entire dialogue, as a friend who was accompanying me was just guess-working that those sounds were coming directly from the auditorium – the boundlessness  of sound embarked. It was a patchwork of relevant discussions, familiar voices, yet we didn’t know where they happened. At that point, they were in Lahore.

Referring to where I began it is evident that art, history, and academia are borderless souls and they don’t reside anywhere, yet they are inter-reliant. The LBF heartily celebrated a splendid union.

Sehr Jalil Raja is a visual artist and writer based in Lahore (BFA, NCA 2006) and (MA HonsVisual Arts, NCA 2014). She is currently teaching at NCA.