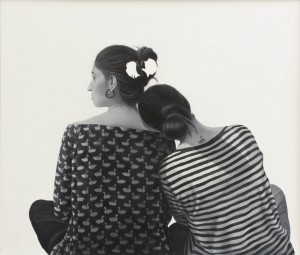 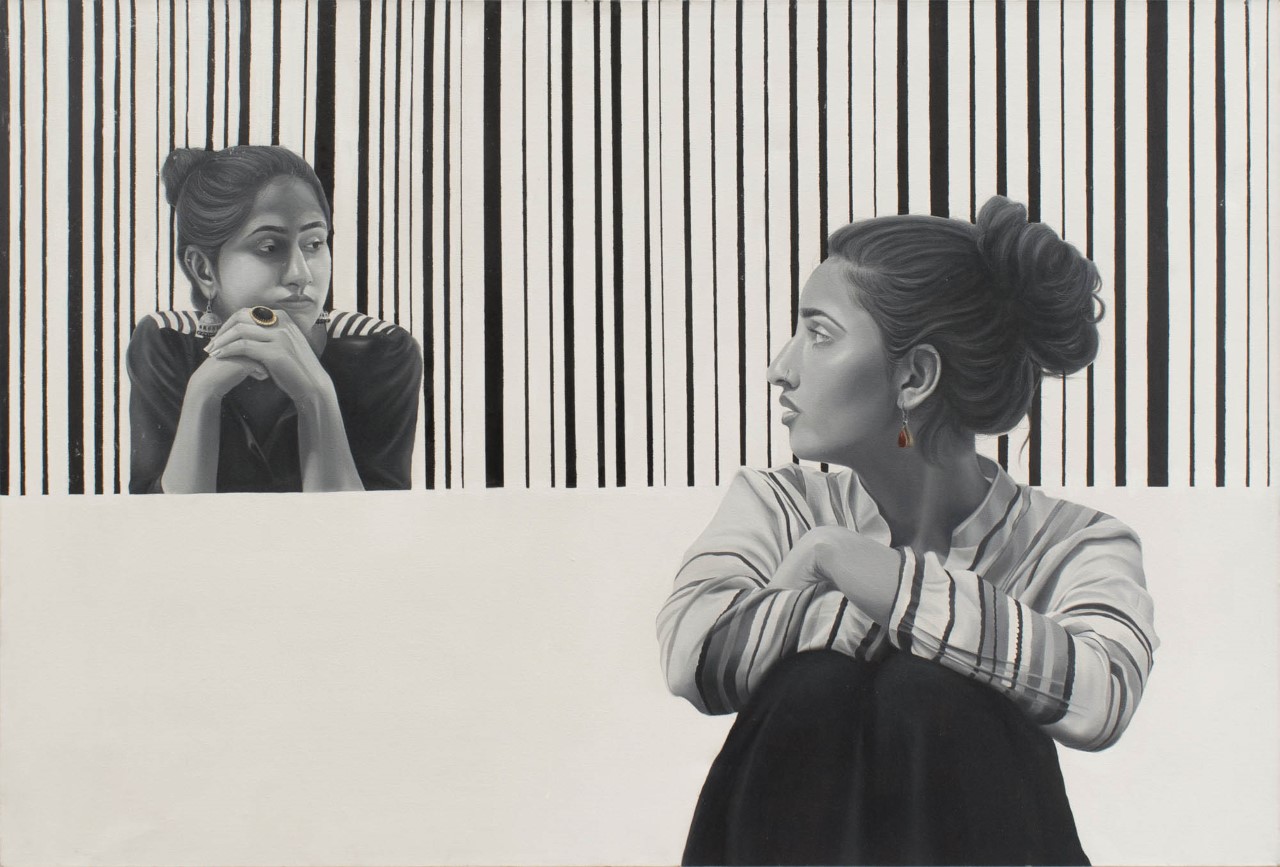 The artworks comprise of young women, painted in black and white oils, embracing each other, sitting in circles immersed in conversation, sharing secrets, whispering, and hushing to maintain silence. The main theme revolves around the idea of trust being a false notion, where one is misled into confiding in someone, convinced that the latter person is trustworthy, and in the end, facing nothing but disloyalty and betrayal.

This is beautifully portrayed in two of her works titled ‘Trust I’ and ‘Trust II’ that show two women hugging each other, with one woman holding tightly relying completely on the other woman while the latter woman holds a middle finger behind the first woman’s back, showcasing deceit.

This show continues from 30th August to 9th September 2019.

One Response to Zara Si Baat