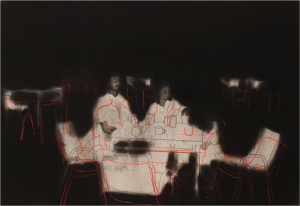 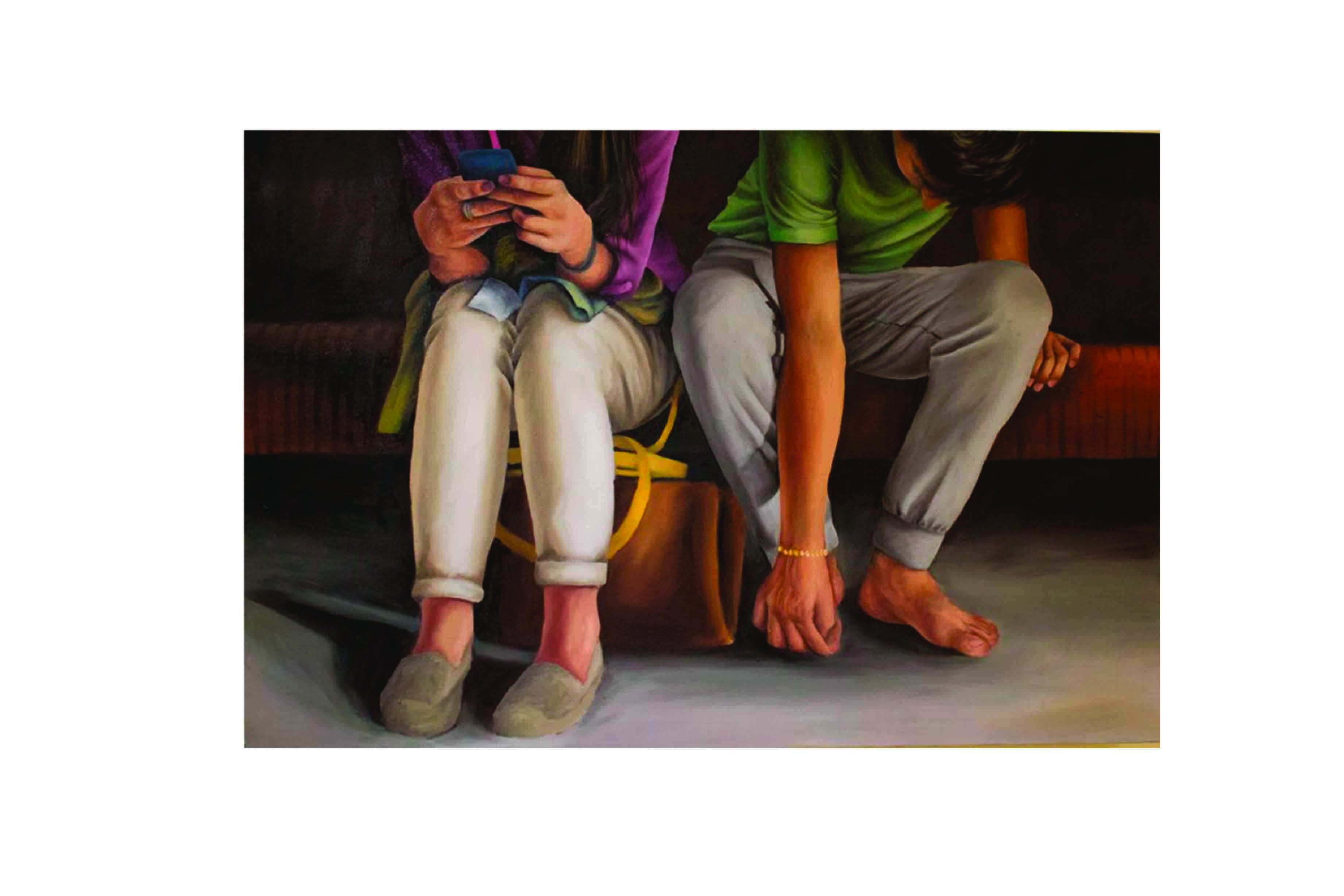 When a place becomes

There seems to be no other word from the overly discredited nostalgia for the complex emotions that we harbour about the past, about childhood, and about loss and return. The word is defined as a severe homesickness; a sort of melancholia caused by prolonged absence from one’s country or home. Well, the term home in itself is ambiguous. However, contemporary scholars have developed multiple ways to use the word nostalgia. And the term has acquired a veneer of duplicity, of sentimental inauthenticity, and a stigmatised construction which seems foreign to its original meaning that suggests the illusory development of memory.

A recent exhibition held at Chawkandi Gallery, “Palat k dekhtay hain” (Turn, look back) encapsulates the convoluted notions around nostalgia and brings together four emerging voices who look back into their recent past and not only divulge their memories and their longings, but also critique the effects psychological growth and the passage of time has on one’s relationship with their space, their people, and their shared history.

Ayesha Naveed is a graduate from Indus Valley School of Art and Architecture (IVS) where she specialised in painting. While Naveed in her practice has formerly critiqued the formal aspects of painting, for this show however, she recreates scenes of a domestic household – possibly her own. The mundane extracts are very relatable and a common sight in everyone’s houses. Bare and unembellished, the paintings are devoid of many details and features. The artist has only kept the significant necessities required to situate the narrative. Perhaps, these are all the details Naveed could recap from memory, which would also explain the faceless identities. Having captured an ordinary moment in passing, the obscure actors sit in silence; in a short moment of dissociated association, much like how the artist feels towards the painted memories.

Razin Rubin – also a graduate of IVS – excavates the memories from her childhood as well. She recreates a gathering around a dinner table, a ritual that she claims her family practiced on a daily basis. It was over these every night meals that the entire family would acquaint one another of their day’s events in which the children shared even the most ordinary details. For many households this is the only crucial period when the family spends time together, the only reminder to each other of the intimacy, the reliance, and the bond they share. While Rubin vividly remembers those moments, she does not, however, have any documented evidence. Having lost her parents, the artist imports similar settings involving the remaining family members including her siblings. Engulfed in a haunting black void, the vast nothingness emphasises that it is the artist’s psychological frame of mind that we are viewing; an introspective remembrance. The characters fade in and out, with some sections veiled under a heavy mist. The striking red contours demarcate the silhouettes and the numerous shapes, prompting us that that is probably all the visuals that the artist can summon, on which she imposes the profiles.

Jovita Alvares also makes her visuals cryptic, but through the multiple layering of the same narrative. A graduate of IVS, Alvares’ work steps out of the domestic and peers more into the spatial settings in a conurbation like Karachi. She captures fleeting moments and enforces the successive frames on top of each other. The fractional displacement not only disrupts the static in the visual but also obfuscates the entire plot in the larger frame – analogies to how she has witnessed Karachi evolve over the years. Her protest against the complexities of urbanisation comes from a very muted and solemn stance. The bougainvillea is a recurring feature in her work which the artist asserts has lost all its purpose and is only used in an indolent attempt at beautification; to subdue and to compromise the concrete chaos. The artist reflects on the militarised architecture and tries to make semblance of the unabating evolution of the city’s socio-political climate through its manifestations.

The constantly transforming visage of Karachi’s architecture as well its functionality is also the theme in Haider Ali’s documentations. Ali traces and archives his ancestral homes in the various neighbourhoods of Karachi as well as those of his relatives, few that still stand but most that have since been demolished. Not more than a decade or two ago, there was a prevalent practice of naming the house which was brandished on a marble plaque at the entrance. That is how people identified buildings and also referred to in conversation; as if the houses were a wilful entity of themselves and not in subjugation to their owner or occupants. The broken plaques remind us of what once was. Ali sketches the facades of those houses and transports us to the time when the grandeur of the houses was not to announce one’s social rank but was a necessity to accommodate a joint family. In a rustic and scrapbooking manner, Ali preserves the associated images, postcards, and letters addressed to those particular locations, and in doing so critiques the dynamics of familial relationships, the thresholds of privacy and intimacy, and the modes of communication, all of which has drastically evolved over time.

Try as one may to deconstruct the obvious artifices negatively attributed to nostalgia, it cannot help one kick the habit of pondering places and ways of life that are out of reach of one’s own memory. Nostalgia in the broad sense suggests an incitement of the thought fastened with a certain poignancy that does not essentially have to be low-spirited or reactionary. Inherited nuances of class, race, and gender attitudes (not to mention familial resentment or regret) can be dug up from its pits. Often our memory and our past bolster the companion conceits of home and family values.

A distinction should be made between history and nostalgia. History is professedly specific. Nostalgia, like memory, is personal and subjective. Nostalgia is a part of one’s lived experience. It is desire that is undetached from the senses. As one looks back, they see things in the distance. They get smaller and fewer. Modernisation, by destroying the old, makes it scarce, valuable, and desirable. Poet and writer Susan Stewart in her work suggests that this allegorical miniaturisation is a part of nostalgic impulse, which evokes a tableau rather than a narrative. Tableaux created, and recreated; the artist reminisce the pleasures of thinking into the past as a means of illuminating their present.