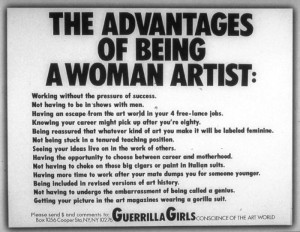 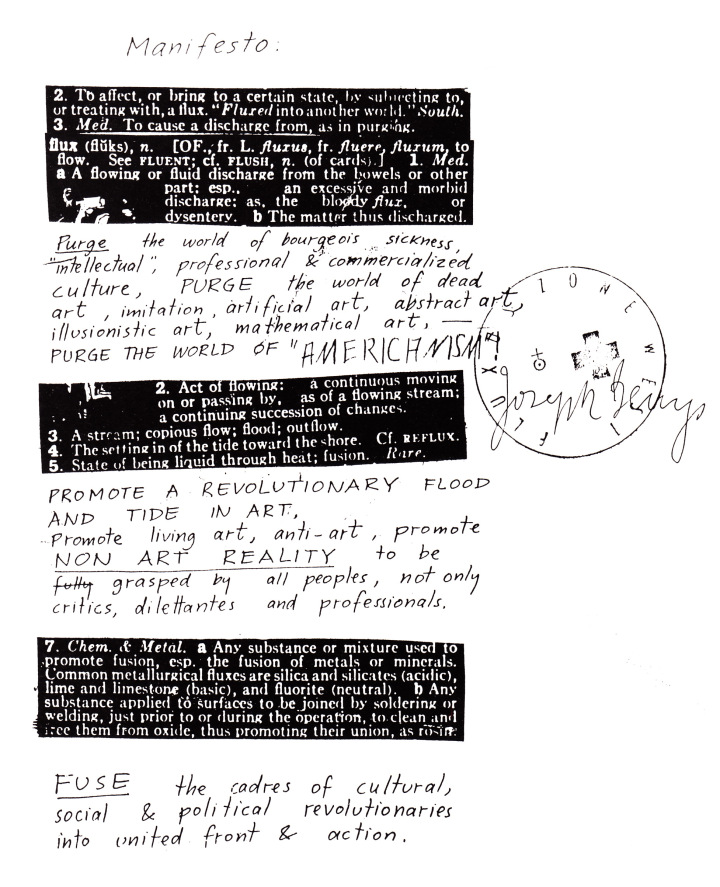 What Art Theory did to the Art-ist

It is but a little bit of a surprise, that after an endless search and internet scavenger hunt, I came to realize that there isn’t an exact date that can chart when exactly the term ‘Art’ was coined. It is perhaps this disturbing ambiguity throughout history which has also impacted in ways that one finds every artist and theorist trying to chart the definition of Art and with much novelty hoping to identify ‘What Art is’. In this quest of theorizing and over theorizing art, we even came momentarily to the point in 1980s when Danto gave the verdict, Art has ended. But for some odd reason we still went on and till today are still quite at it.
It is difficult to propose a generalized pattern but as a child we all were/have been introduced to Art as a magical, instinctive, revelationary mode of being. Growing up, one often heard about those who stay in recluse, are ostensibly quiet or socially awkward as ‘yeh thora artist type hai’, ‘He is somewhat alike an artist’. One continued to dwindle amidst the charming space of creativity which for most of us growing up meant extemporaneous self-expression, a continuous attempt to tap into the internal spaces and mapping out traces of the mind through drawings and paintings. We all have had those moments where our parents would either flaunt it in front of the aunties, ‘mera bacha to aik artist hai’,’My kid is an artist!’, while there was also another narrative that quite blatantly was unforgiving towards the artists, ‘Artist bane ka koi faida nahi hai, bhooka mare ga’, ‘No point of becoming an artist, you will only die hungry’. Either way till today, we are still quite at it.

For every artist, aspiring or doubtful, the day comes when they enroll into an art institution, with the wide eyed passion for Art. It not very soon that they realize all that they thought art was, is not art. With John Cage’s piece 4’3’’ which situates everyday sounds and the silences as music or creative expression, and with artist like Carl Andre for whom natural materials and objects situated within their environment is art, the art student wonders that everything is art. If everything is art, then where is art?

‘Art is anything; you can get away with’
Marshal Mcluhan

And there begins their quest, to try to find their best fit – am I painter, a sculptor, an installation artist, a performer. They hop form one discipline to the other shopping for inspiration, constantly situating themselves within the creative spectrum of politics. Art, studio, gallery, buyer, exhibition, biennale, art fair, residency, critic, price of the work, local success, international success, interviews, monographs, reviews – am I a realist? traditionalist? Expressionist? Researcher? process oriented artist? object oriented artist? What kind of artist am I? – the questions keep piling up and keep building the pressure of creativity-cooker.

Let’s take a few steps back…

It is but modest that the role of the artists dating to the early part of 18th century was that of just a creator. He who creates something novel out of one’s sheer individual perception of life. Artists quite overtly isolated themselves from any particular school, title or association. Courbet wrote in response to the preface of his exhibition at the Pavilion of Realism 1855 Universal Exhibition:

‘The title of Realist was thrust upon me just as the title of Romantic was imposed upon the men of 1830. Titles have never given a true idea of things: if it were otherwise, the works would be unnecessary’

It was therefore the role of the artists to only and only create and not analyze. Contrastingly, it was the job of the art historians, philosophers and theorists who quite fervently responded to what the artists were creating, and for the sheer need to organize knowledge and construct objectivity, framed the artists’ observations and experiments. May it be Plato’s theory of Art as mimesis of reality or Kant’s theory of taste in Critique of Judgement, or Tolstoy theory of significance of subjectivity of experience as identifying factor of art, or Beardsley’s Institutional Theory empowering the institutions to identify art, the theorists critiqued the work and found titles to house art in.

Retrospectively, the role that of the artist was in the active course of making, of allowing the process and the object to dictate quite instinctively how the work was to develop further. Furthermore, they very aggressively did not respond or agree to the analysis of the historians and furthermore the terms that they were trying to box their work in. They were detached from the theorist. 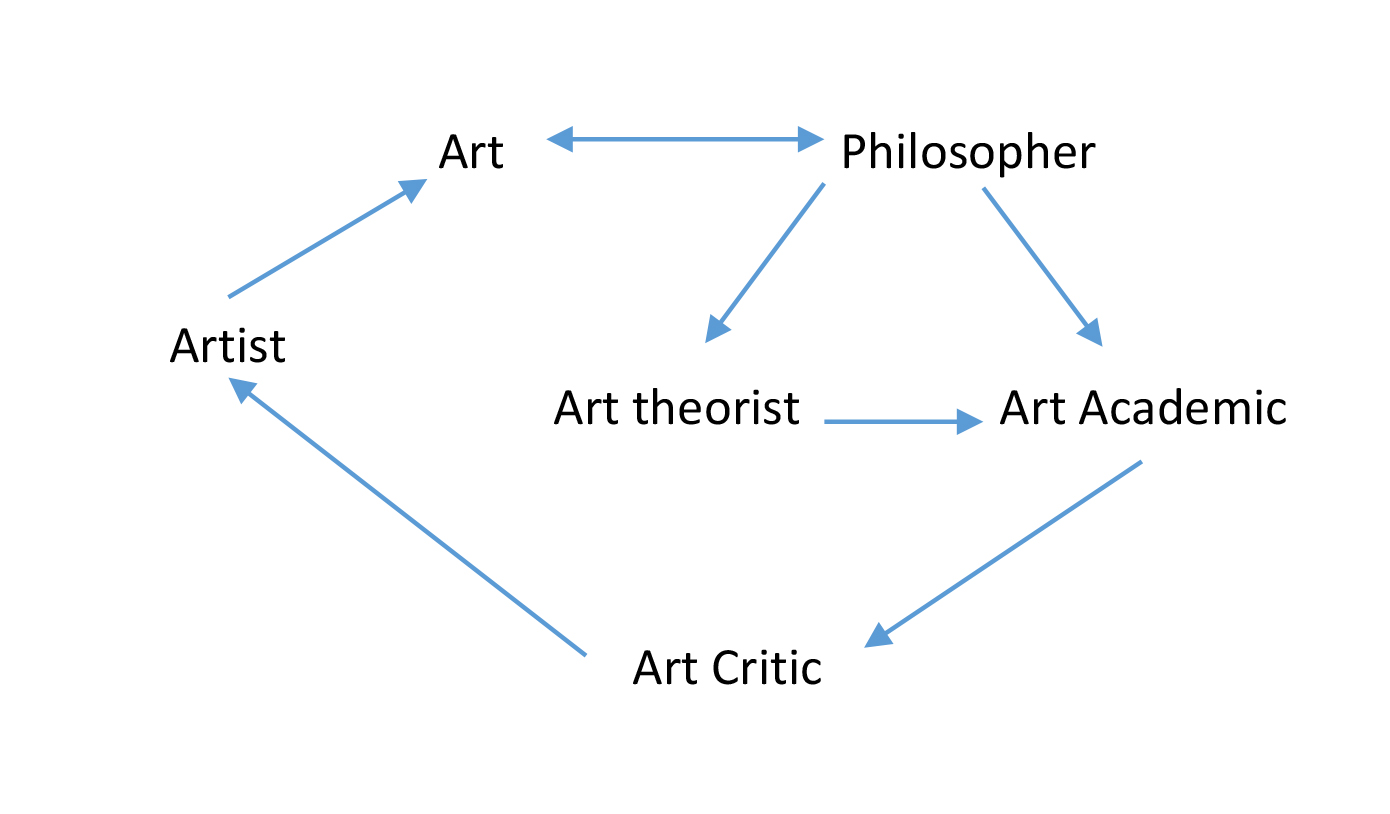 And then the shift happened.

It was the wave of post WWI that the artist’s position broadened. Art for what its role had been, which was strictly limited to the pleasure of the patrons or the aristocrats, now was starting to be used in social and cultural reformation. A revolt within the community led to groups like Dada, Futurists, Constructivists and Bauhaus emerge, reshuffling the nature of an artist’s participation in shaping culture. The artist was empowered, and in turn allowed the work to branch out not only in mediums and forms of expression but also found means for art to comment on politics, class and art mafia.

It was perhaps the beginning of the structured idiosyncrasies of a group of artists, to march forward with a much more heightened sense of expression. Art making was no longer a mode of sheer spontaneity rather for the artists circa 1910, art was no longer an end in itself. This weight of heighted sense of intent in art making liberated art from the role of mere aesthetic pleasure. Art was empowered. May it be the Dadaist Tristan Tzara through his didactic negation of meaning making as a pre-requisite of art, to Walter Gropius founder of Bauhaus who wanted to de-classify art by breaking the boundaries between art and craft, the artist was no longer just a creator. He was aware of his intentions and furthermore, the role that art could potentially have in the society at large.
What Dadaism, Futurism or Bauhaus initiated, the Modernists and the Post Modernists supplemented. Further dissecting the role of art and artist, and allowing and most commonly responding to the works that preceded them.
This further took another turn as each group of artists began to make declarations of what their philosophies and theories, and how their art impacted and/or contribute to life, art world and art community. Art making was no longer about the solitude or magical space of novelty, in fact it was a regime like space where artists took the role similar to that of a soldier who would with a certain discipline and strategy use the art as a weapon to comment and critique.
Quite succinctly, the impact and purpose of art slowly started to get burdened with the weight of social reformation, institutional critique and political activism.
This weight of organized knowledge and intention of art making increased as we proceeded towards the 20th century. Artists started theorizing their process and often allowing these theories to precede a work of art, and published these theories in enlisted guidelines called a ‘Manifesto’. The first notable manifesto published was the Manifesto of Futurism by FT Marinetti in 1909, and soon after one finds in the 20th century manifestos sprouting like mushrooms. They serve as a more structured manual of rules and guidelines to be followed accurately by the followers of that theory. Through this practice, with every following decade artists slowly kept on adding weight of awareness of intention, critique and function on Art.
The role of the artist starts to blur with that of the art theorist.
Duchamp explaining his Readymades writes in Apropos of ‘Readymades’:
“In New York in 1915 I bought at a hardware store a snow shovel on which I wrote “In advance of the broken arm.”
It was around that time that the word “Readymade” came to my mind to designate this form of manifestation.
A point that I want very much to establish is that the choice of these “Readymades” was never dictated by aesthetic delectation.
The choice was based on a reaction of visual indifference with at the same time a total absence of good or bad taste … in fact a complete anaesthesia..”

Art theory and the burden of the art theory infiltrates into the art academia as well as the art education. The artist today is expected to be well versed with theories, philosophies, encyclopedic lists of artists names and inherently the analysis of their artworks. It is a creative crime to not have the knowledge. Today he who does not know what the Fountain is, has committed an intellectual crime.
Furthermore, the organized modes of art education have cluttered the minds of the artists. The demise of the art student begins at the brink of two words – ‘Cave Paintings’. The way our curriculums are structured, which trying to cramp up around 40,000 years of culture into 4 years is but an exclamation point in itself.
One finds two quite distinct schools in art, one that rejects over-theorizing of intent of the artists, and one that quite overtly critiques the works in the light of art theories. Amidst these two, the presence of art theory cannot be completely ignored. The process of art making is sifted very intelligently with art history, philosophy and critique. The pressure of novelty among the weight of art theory often drives the artist to the point of creative isolation. The awareness of what all has happened creates a thinking swirl. For the artist it is now impossible to create without theorizing either their process or the work. Very often, this disillusionment does not end here – very often one sees an ideological gap between the theory and the final work.
‘The discovery of the alphabet will create forgetfulness in the learners, because they will not use their memories; they will trust to the external written characters and not remember of themselves…You give your disciples not truth but only the semblance of truth; they will be heroes of many things, and will have learned nothing; they will appear to be omniscient and will generally know nothing’
-Socrates, “Phaedrus”
Theorizing expression where at one place informs the process of art making, completely obliterates the making process. It is probably hard to imagine a world of sheer solitary existence and perhaps a place where the creative expression is un-burdened from the weight of history. There is no such thing as a fresh start since one always carries a baggage it is perhaps impossible to unlearn and forget what precedes us. Does not having a theory also become a theory in itself? Can we create a space of complete neutrality of theory? Can the artist exist in creative isolation unburdening them from the context, theory and history?
Hans Haacke says
‘An artist is not an isolated system. In order to survive he has continuously in interaction with the world around him. Theoretically, there is no limits to his involvement’.