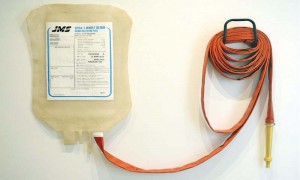 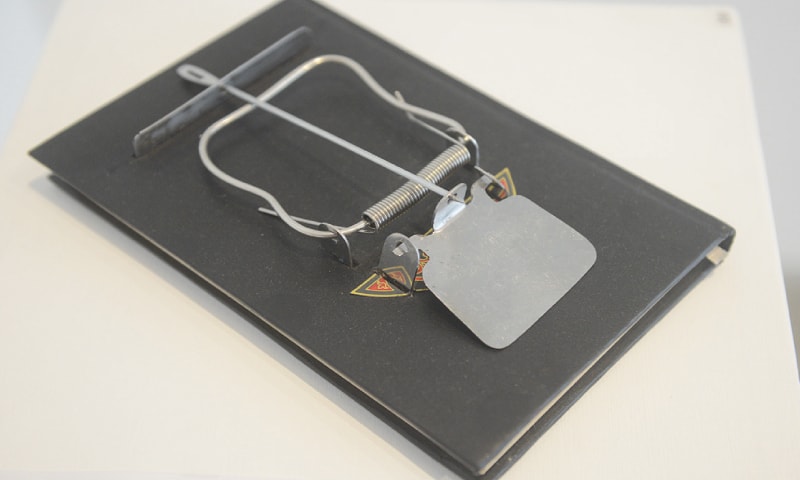 The tendency possessed by anything suggestively utopian is the precedent it sets; the success of which is defined by whether it offers a new reality or it’s ability to transform itself into reality. Inherently cataclysmic, stately agile; Safdar Ali’s works are aptly described as the moment before the climax. Vexing the viewer into a state of anticipation, the tilt, the lift; paralyzed in a state of grandeur. The undertone of the work itself is so turbulent, yet the onset appears to be unperturbed. A fictional take on friction. The raucous nature of the work ornately assumes a cavalier disposition. It irks the viewer with it’s harmonizing tension.

Like a rope being pulling from either end, continuously fraying, thread after thread; yet it keeps replaying itself the moment before the inevitable break. It is this anticipation of volatile proportions one feels when encountering Safdar Ali’s work.

The piece titled ‘Your Grace’ ringing within the space was irksome; the sounds initially dismissed as noise, after a few rings make you look around for the culprit rudely leaving their phone unattended. At one point I almost picked up the phone wanting to announce that someone may have accidentally left their phone behind. This kind of intrusion into the viewers space is commendable. It is confrontational, one doesn’t choose to interact with it; it escapes the confines of it’s object and ripples into the space.

It was a call from Your Grace, and it had no option to decline. There is an abrasive quality about his work, that reminds me of someone gracefully balancing on the edge of a cliff. It so dignified, yet so terminal.

Barring the response evoked through the visual diction of his work, there was an intricate thread woven through each of Ali’s pieces. Their was a casual nonchalance about the works, yet they were ruffled with virulent haste. Laced with boisterous subtlety, they were commanding despite being over-bearing.

Ali’s worked with the minaret as a visual element; bright red, emerging from the ground, tilted as though it were aimed at a target. The form was reminiscent of a missile. An consistent visual thread in his works was of religion and weapons of mass destruction. The concept itself is so nuanced that an objective deduction of the idea would not bode well. Ali invites the viewer to find their own response to the works; he choses to not speak on their behalf. In reading his work an immediate response would be this idea of religious extremism and terrorism; all very relevant concerns in today’s landscape. However Ali’s works have this piquing charm; a rather disorienting quality about them. Rather than religious elements converting into weapons of destruction; they appear to be posing as such. There is something rather ominous about them, but it competes with an apparent delusion of sorts. There is a dignified grace about them. They appear to have been staged; Ali’s works have a life of their own, they appear to look like paid actors waiting till the end of the show until they can get their paychecks. While it tackles these lofty narratives of religious extremism, it distinguishes itself as staged. Theatrics, of sorts. The idea of religious terrorism remains intact, however there is a fictive quality about his works that aspires to quantify the nature of delusion. It does not appear to repeat the regressive notion of religious dogma. It is not critiquing it but rather addressing the critique itself. Despite being evasive of reality, it assumes a tangent within the matrix of said reality.

Religious booklets rolled and stacked with a thread hanging down the middle to look like bombs, assume a solemn presence. It is disorienting when looked at as a viewer. Ali does not suggest his ideas, but rather displaces the viewer with it’s voluntary existence. Ali addresses he political and radical consumption of religion and the politics of skepticism.The concrete barrier appearing to levitate above the ground, assumes a defiant quality. These barriers are a familiar sight within the urban landscape as security measures; hanging it askew in mid-air thwarts the authoritative presumption of the object itself. It appears to be more dystopian as opposed to utopian. It challenges the very construct of the works

His works run with an opacity; despite appearing to be illustrative, there is a caution within the works. It betrays very little of it’s self, despite it’s cohesive visual stance.Ali’s work provokes, yet it does not try to console. While empathetic, it restrains itself from being sympathetic. Ali’s works parade with a flair, yet the depth of his thought process reflects in the mature resolution of the works.

One Response to Utopia