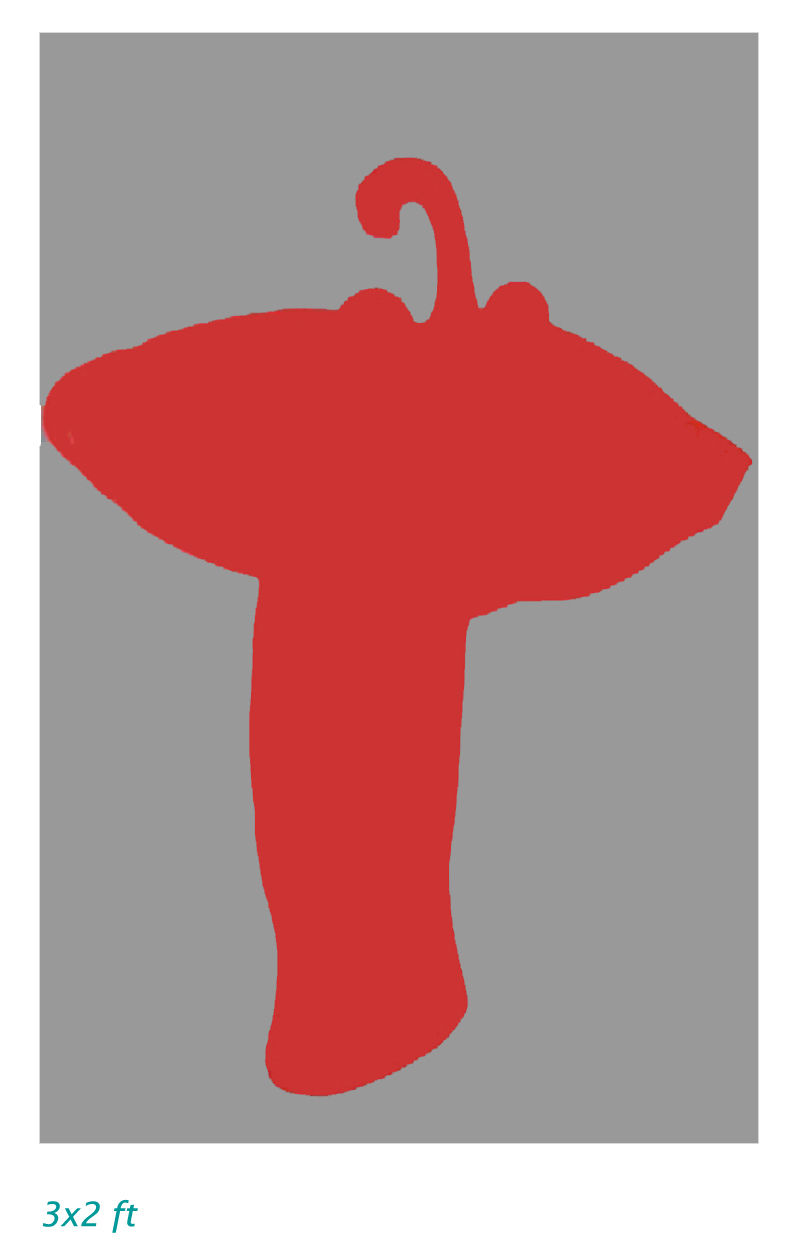 When artist Ussman Ghouri passed away last year, he left behind a vast collection of unfinished pieces. For the group exhibit "Ussman aur Mein," 67 of

When artist Ussman Ghouri passed away last year, he left behind a vast collection of unfinished pieces. For the group exhibit “Ussman aur Mein,” 67 of his friends and colleagues each took one of these unfinished pieces and worked on them, incorporating Ghouri’s forms and concepts into their own, giving new life to what otherwise would have remained abandoned art.

Artistic collaborations can be a tricky undertaking, especially so when one of the artists in question is not only a friend but is also deceased. Where does one’s responsibility to the original artist lie? To what extent can one impose one’s formal or conceptual notions on the work of another while staying true to the memory of a friend?

These issues require a series of sensitive negotiations and a thoughtful understanding of the piece in question and of the artist’s concerns and formal approaches. The variety of nuanced approaches the artists in this exhibit use is a testament to their creativity and homage to the diverse media Ussman Ghouri worked in, from paintings to ceramics to textiles.

There were a few forms and motifs he kept returning to: calligraphy, teardrops and fish. With a show of this size, featuring such a diverse group of artists, there is always a danger of a lack of cohesiveness, of the show becoming unwieldy. In the case of “Ussman aur Mein,” however, the repetition of these few core motifs acts as the necessary glue to hold the show together.

Some artists physically integrate Ghouri’s piece into their own. Others bring his work into conversation with theirs, albeit in a more indirect manner. Amean J.’s “Look In to Look Out” consists of a large concave mirror set into a photograph, on canvas, of spidery tree branches silhouetted against a blood-red background. Ghouri’s piece, a glass teardrop in a cage, hangs from a chain in front of the mirror. As one walks by, the teardrop swings slightly; the reflection in the mirror swirls and shifts. Art often comments on how and what we see: here, one stares into the pupil of a bloodshot eye and sees oneself reflected back.

Arshad Faruque, an architect who works primarily in copper, also used Ghouri’s teardrop form. Ghouri’s original piece was a wooden teardrop, cut in half. There are four of them here, each enclosed in its own glass box, the top surface of each box etched with calligraphy copied from various scripts of Ghouri’s.  Faruque described Ghouri’s use of the teardrop and script as a fascination with form.  Two of the teardrops were made by Ghouri, and the other two by Faruque. The copper plating on the pieces increases as one moves from right to left, from Ghouri’s originals to Faruque’s pieces. The rightmost piece is covered entirely in Ghouri’s original silver plating; in the next two, the copper crawls up from the curved half of the teardrop, till the fourth one is entirely covered in copper.

Nabahat Lotia, a ceramicist, placed a fish made by Ghouri in a bowl made by herself, positioning the fish with its tail in the water at the center of the bowl and the head at the rim, as if it were crawling out of the bowl; the fish is meant to represent Ghouri, who Lotia fondly remembers as always “swimming against the tide.” Ghouri had recently started working in ceramics and metals; just before his death he had been working on a series of ceramic heads of ‘kings.’ Lotia incorporated one of his king figures into her second piece, wrapping it in string and placing it one in a teardrop-shaped bowl ;  “King and I” is a direct homage to Ussman.

M. Ali Khan, a close friend of Ghouri’s who had worked with him for sixteen years, said that what he remembered most about Ghouri was his happiness. Khan, who works only in red, took a photograph of Ghouri laughing, and painted a high contrast version in acrylic on a piece of canvas. To the left of the portrait are four pieces of fabric embroidered with small circles, another motif of Ghouri’s that appears through the show.

Adeel uz Zafar and Fahim Rao took a different approach in their joint piece “Untitled.” Rather than physically incorporating Ghouri’s work into their own, each created a separate piece inspired by a fish print of Ghouri’s. The three works are arranged horizontally on a table: Ghouri’s print is bracketed on top by Zafar’s engraved drawing of an octopus and at the bottom by Rao’s terracotta fish. Rao’s fish are cut in half and placed as if emerging from the table, mouths agape, or tail up, diving down into the table. Zafar’s octopus engraving is done in his signature style of scratching on exposed photo paper, the intricate lines vibrating against the inky black paper.

Meher Afroz remembers Ghouri for his uniqueness and how he discussed every single stroke on the canvas with her, saying “I need your feedback.” The dialogue he consistently engaged in with his colleagues is replicated in their works here, and Afroz’s gold and silver leaf shimmering on one of his screen prints is a delicate homage to an individual who was “a gem of a person.” Ghouri lived “a full life,” she says, and by living on in the memories and art of his friends, he “conquered both the worlds.”