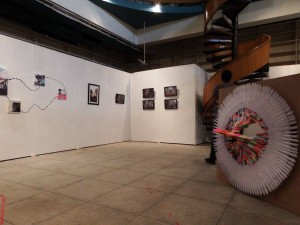 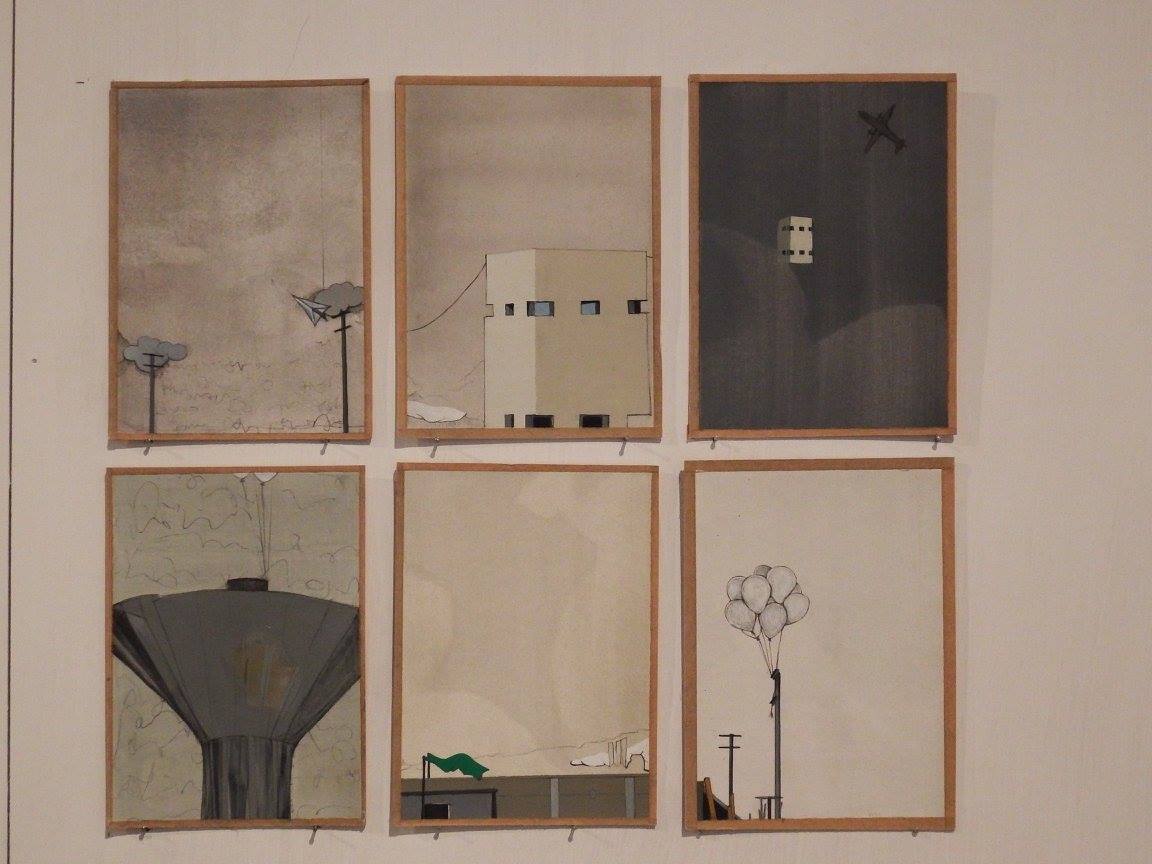 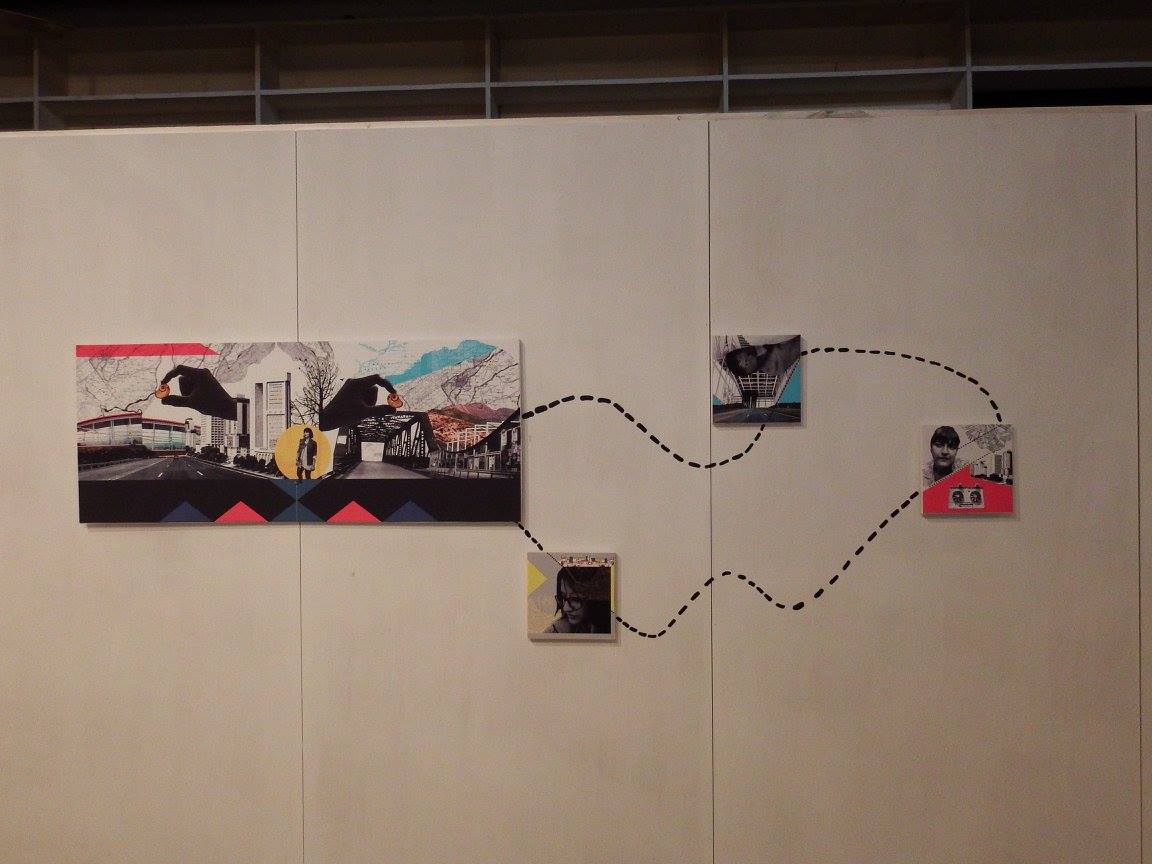 The Tale of Twin Cities

Every year the literature festivals being hosted in various part of the country are adding to the circulation of events providing a site to instigate relevant conversations, hosting book launches, and exhibiting art works. It effectively offers an enclosed window time to the panelists, participants as well as the viewers a concentrated extract of art and culture. The debates that get ignited are either on the excess of certain types of cultural events and often approximate the lack thereof. The fourth Islamabad Literature Festival (ILF) 2016 was hosted at the Lok Virsa Museum earlier this month from 15 – 17 April 2016.  As ever year the Third Art Section of ILF 2016 was hosted by ArtNow Pakistan, which invited eminent names and voices in the art world from all over the country to participate. The poignant part of the art section is the annual art exhibitions that keep the audiences invited and thrilled. As so this year was the group exhibition curated by Nadia Batool Hussain titled ‘Invisible Cities’. Participating artists included Aasim Akhtar, Sajjad Akram, The Tea Collaborative, Ayesha Durrani, Sara Farid, Fatima Hussain, Mehrbano Khattak, Lubaiba Rajbhoy, Nadia Rahat, Saima Salahuddin, Nadeem Omar Tarar, Zeeshan Younas, Abeerah Zahid and Zaira Ahmed Zaka.

As one enters the Sadequain Media Hall at the Lok Virsa Museum, an adjoining archway leads one through a peculiar passage into the art exhibit. On entering, one needlessly is drawn towards the gallery space and is enthralled by the history that the hall secretly contests. The art works are carefully displayed on portable walls installed in front, partially hiding the ceiling-high white shelves that seemingly serve a purpose to hold audio archives. In the center of the front wall is a classic steel spiral staircase that enhances the circumferential space of the room, while also inquisitively adding to the dynamism of the exhibit. For some this might supplement as a distraction as we are used to a pristine, unaltered exhibition spaces or to what some call a ‘White Cube’. But often it is within such unfamiliar spaces that are saturated on personal inherent characters that bring out a silent context grounding the work to the venue, site and often the city.

Invariably ‘Invisible Cities’ declares to focus on the two cities; Islamabad and Rawalpindi also famously called the ‘Twin cities’. The context of location, culture and peripheral existence of the adjacent cities provides the bridging to the works. The selected exhibit ranges from works on paper, to photographs, mixed media installation and live performance. The title of the show is poignant as it serves a commentary on the current aftermath that the twin cities face. With the recent CDA legislation on shutting down any or all businesses in domestic areas, it is forcing all the art galleries with a few exceptions to temporarily or permanently shut down. The city being notorious of its sporadic audience attendance at art openings and limited buyers now has to navigate a new set of challenges. Is the art scene of the city at the verge of going extinct? One wonders.

The photographic works from a performative series by Tea Collaborative titled ‘The Tea Party’ observe moments of similar immense stillness. One observes four performers’ sophisticatedly dressed, oddly staged, and sipping a cup of tea in various parts of the city. In each photograph one observes a repetitive silent ponder, each performer extending absorbed stares into the void. The communal isolation of the body provides one an insight to the mind of the performers. One also notices the fluctuating location of the performance varying from sitting on a boat at Rawal Lake, to the under constructed Metro Bus station in Islamabad. As an extension of the performative series the Tea Collaborative also performed a 20 minutes live performance on saturday evening at the gallery. It is an inherent contrast after looking at performative stills to the live performance, that one notices the intention of the body rather than the performative body itself. The performance is an overlap of actions, rituals, and text using language to comment on the colonial relevance of the act of having a tea party. The performance provides a linear continuation to the photographic works and allows the viewer to be part of the performers fictional world in an obscure way. Now I feel as if I were there with them on the boat while they row away into the abyss.

While The Tea Party approaches the city in the inaudible nuanced way, one sees in the photographic works of Nadeem Omar Tarar and Sara Farid, serving as historical accounts of various parts of the city. The works allow one to position them as pictorial mapping of assorted parts of Rawalpindi and Islamabad attending as a social commentary of the city. The works hold an inherent photo journalistic oeuvre as the photographer walks the city allowing its everyday to empower the lens.

Imminently the series of works on paper by Abeerah Zahid hold a meticulous raw minimalism. With her minimal aesthetic Zahid records parts of the surface to map sites of the replenishing cityscape, contrastingly leaving large empty spaces on her canvas. This dissimilarity in treatment of the subject adds loaded vigor of the political tensions of the city, aiding as a poignant commentary of the current landscapes. The series provides a complex narrative through instilling juxtaposed symbolisms while also adding dynamism to the banal.

The center of the space is displayed a collaborative piece, a soft sculpture primarily sculpted with paper by Nadia Rahat and Mehrbano Khattak titled ‘You and Me somewhere in Between’. The title itself and the play of words provide a literal relevance to the title of the exhibition. While one wonder on the intention of the title of the work, the artists interpret and exhibit the combined dualism inherent in the process of collaboration, and back and forth conversation that artists universally share. One finds the meticulous craft and collaborative process intrinsic in the work as it provides a latent testament to a binary pairing of the cities.

Lubaina Rajbhoy works exhibits a collage of land/city-scape of Islamabad and Rawalpindi, mapping the grid. Segments of the drawing extend away from the installed collage incorporating fragments of the wall to become part of the work. The installation provides the viewer into a personal diary of the artist and its personal association to the landscape. It is a commentary on the history of the city and its migrant heritage whilst its modern setting.

One involuntary wonders if the political serves as a personal for the artists of the Islamabad and Rawalpindi, and whether the demographics of the city dictate the culture making process. It is apt to revisit the argument that the market dictates the art, and a lot of times artists navigate within these confines. Are we currently to redefine the parameters of the market in the capital? Shall we revisit the context of site?  What is poignantly noticeable in the contemporary practices of art internationally is a considerable shift in paradigms. With sites like Lok Virsa Museum or perhaps other public sites getting notifications from the art world makes one wonder the next chapter, the next development, the continuation of the dialogue that lies ahead.