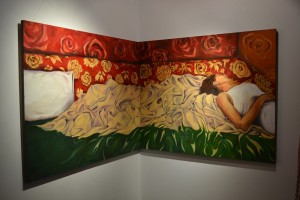 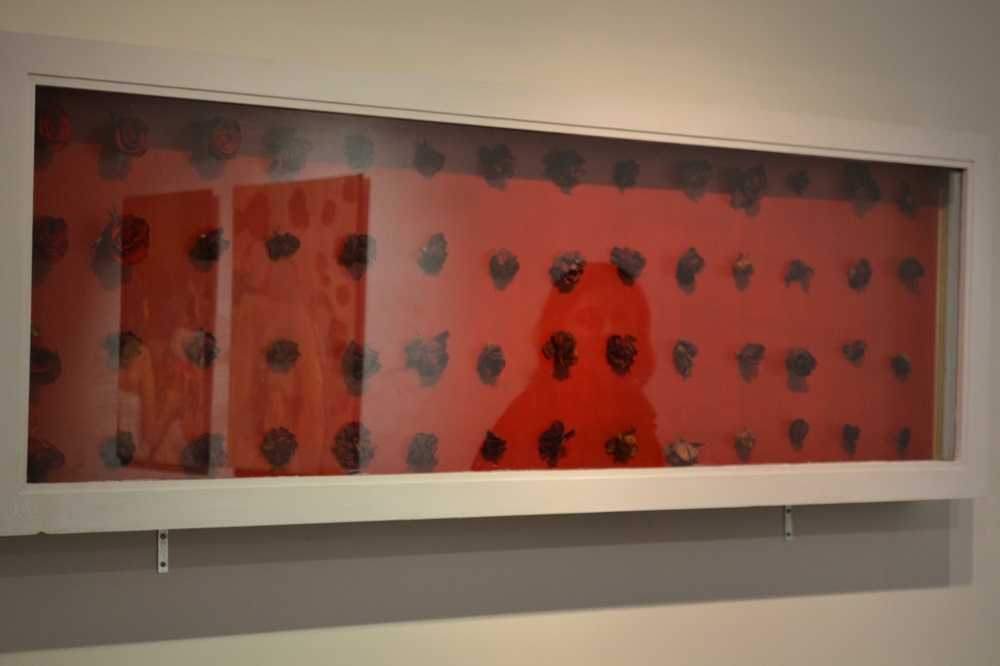 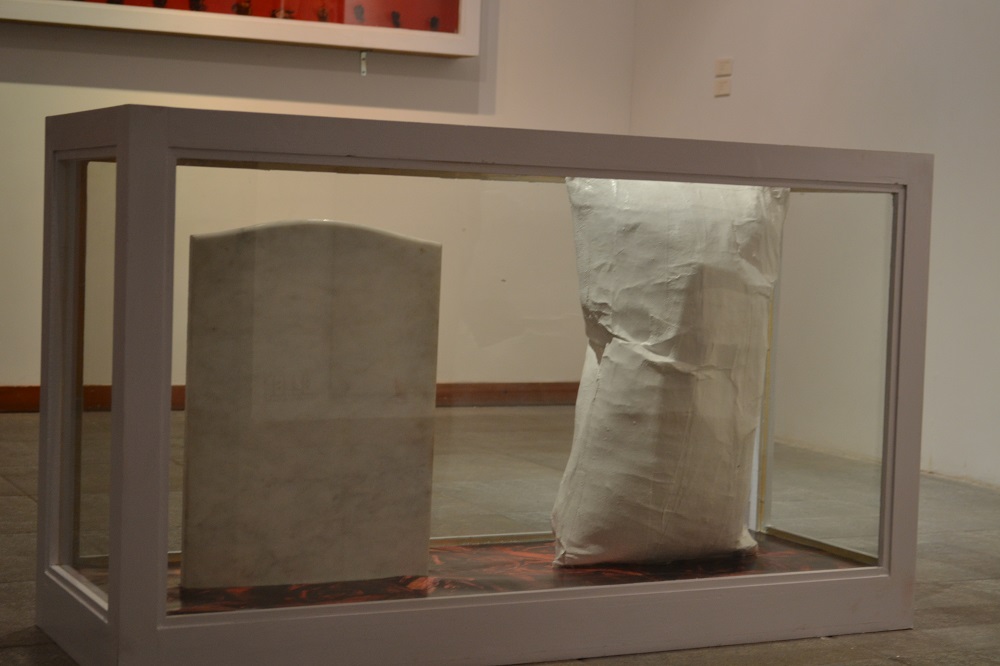 The Pursuit of Being: Anum Lasharie

Is it easy to accept an existential angst before bed? How long will it take for you to make settlements with the constant tension between the known and the unknown?One might experience a heightened sense of awareness about the idea of uncertainty – the present and the future – or perhaps followed by fretful whimpering thoughts of being no more. Self-questioning these notions triggers a predominantly existential anxiety in all humans.But the question is, how many of us have truly come to terms with, and is willing to accept the truth; knowing that there is no win-win in this situation.

Recently a Lahore-based artist, AnumLasharie, had a solo show at Rohtas Gallery, Lahore. The show was titled “The Pursuit of Being” comprising of four dreamlike self-portrait paintings with two installations, bravely tackling with the concept of fragility of life.As many of us are imperceptive to the inescapable realities of loss and mourning until we are confronted with it head on, Lasharie’s work in her own words,“makes you think about your happiest moment,about how this will never last; an anxiety that rots away the beauty of the now.”

Clearly, I was taken in by the gallery space, looking at all six pieces simply because of the way the works were curated by Salima Hashmi and Asad Hayee. ln some ways, the subdued lightingcreated a seriousness in the space.In my opinion, the casing of the installations in thick white framed glass and the long four by ten foot oil on canvas, Let Me Resthad abruptly coincided with the characteristics of the oil and tempera paintingThe Body of the Dead Christ in the Tomb bythe German artist Hans Holbein the Younger.

In Let Me Rest, the choice of using two canvases in an L shape created an illusionistic three-dimensional perspective, where one could feel the objects receding. I was instantly in close proximity with the multi layered interior space of the painting – suggesting the inner quarter of Holbein’s painting – like one is allowed to look through and see the insides of a coffin. Both paintings have a motionless partly naked body in a resting position. One cannot decidewhether they are dead or alive.In the past it has been observed that no one bothered to close the eyes and mouth of the dead body in Holbein’s painting. Hence, the painting could be seen as the corpse of anyone other than Christ. In case of Lasharie’s work, the flesh of the figure is more alive and radiant than the body in Holbein’s painting. However, one still cannot tell if the body is resting in peace or waiting for the inevitable; whether it is tired of the constant anxiety or letting the idea of giving in sink. I was completely mystified to witness the figure abnormally comfortable in the surreal casket-like interior that has a mélange of restfulinanimate objects in ahostile environment. This deconstruction of the division is not arbitrary,as the noxious green hues inspired from a garden subtlybecoming apart of the folds of the crumbled white sheets indicate.

Lasharie’s decision of fearlessly casing hand-picked roses inside a glass boxinstalled on the wall, borderedwith a bright white frame, is an obvious indication of monumentalizing the present. These rosesevenly arranged on a lasani board smothered with crimson red, dry out like balloons being shot at in shooting game at carnivals. Some roses were dried while there were few leftunwilted. Some were near the end of their lives, whereasothers were getting through this decaying process better than the rest. The installation amounts to a documentation of decay in its most natural form.As per the artist, the installation addresses notions of a precarious existence, “how we walk on this ground with a huge void right beneath our feet, ready to devour us at any point.”The overwhelming use of reds and flowers in another structure similar to a casket serves as a haunting reminder for the viewer as one can see their reflection on the unusually elongated glass box.

Another installation,Untitled, revisits encounters with graveyards, often experienced at funerals.Recurring anxietyto take control, is generated in this piece, as Lasharie sets up a direct, visceral experience by placing a cast of a pillow (that is rock solid and in fact looks disturbingly uncomfortable), next to a dead gray, nameless tombstone. The two grave, cold objects enclosed inside a glass box are placed upon photographic print of dried roses. The whole installation has been cased into an object, put up for a display within a display to infer a theoretical discourse that exists about the links between sleep and death.

Zahrah Ehsan is a visual artist and a writer based in Lahore, Pakistan.

The Weight Of Something (L), Encounter with Nothingness (R). Oil on canvas.