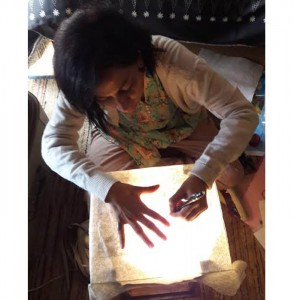 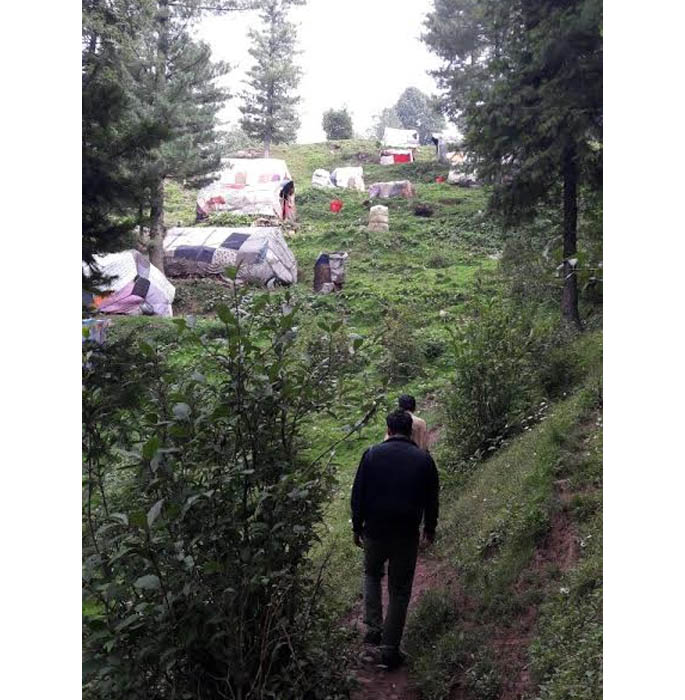 The Possibilities of a Revelatory Idyll

I am just a few minutes into an interview with acclaimed artist  and founder of The Murree Museum Artist’s Residency, Saba Khan and my composure slips as I chuckle at her can-do attitude, I am floored by both her candour and an assured confidence which has come from having attained success after much planning, perseverance and many hard-won battles yet she says,

” I didn’t know how to run a Residency, I didn’t realize that running a Residency is part of curation…but the secret is that you just do it!….Anything can happen. You have to do your budgeting, do things right, plan all year but you get there… in the end it’s like taking your friends on a work trip!”

Saba Khan is a thorough poised professional as we navigate through the questions I have prepared for her but our encounter is peppered by such bursts of enthusiasm as above; it quickly becomes apparent that  her unexpected spontaniety, honesty and spirit is her big secret and the driving force behind the inception of The Murree Museum Artist’s Residency. The Program is held every year for 3 weeks in a cottage nestled amidst an idyllic landscape of verdant green rolling hills and architecture that harkens back to the region’s colonial past.

We discuss the inception of and reasons behind the foundation of this Residency Program  and Saba narrates a journey that has been beset with challenges but faith, luck, chance and support from unlikely places has finally borne fruit.

“My father was writing a book on Murree, which is a treasure trove for academic researchers as his efforts revealed the existence of valuable historical archives within the community so he proposed and succeeded in the establishment of “The Murree Museum and Archives” instead of a cafe’ in Murree and this became the site  for our pilot Residency…when I had returned from Boston, I had felt that Galleries had downsized and Shows which were a meeting point of sorts- a platform that enabled interaction and dialogue between artists was on the decline so instead of complaining about the situation I did something about it. I made a facebook page, made an open call to artists and the Residency was born. We even held an exhibition there when it ended,  all of a sudden the media took note and we were in the limelight.”

Saba’s excitement  is palpable as she rummages around to find and show me a register full of entries that comment on their exhibition.

” It was unimaginable, the amount of people that came and expressed in writing their words of praise for us. School teachers, store keepers, padris, tourists.” She is ecstatic as she recalls that “on weekdays the average was 80 to 100 while on weekdays around 200. We had to shut our doors because we could not handle the influx of people”.

“It takes its toll on you sometimes. It’s like running a hotel except you start planning a year before, I moonlight and continue to work long after my kids go to sleep” and “each year” she sheepishly admits ” I have panic attacks as I have to find donors willing to support the Residency even though I maintain a very tight shoestring budget. Donors are willing but the paperwork I do for it is enormous.”

She is quick to  convey that sometimes it is all trial and error.

“The first year I went crazy as I put myself in the Program too. Then I introduced the post of a curator who is basically an artist who has been through this Residency and is chosen to come back the next year. He/she takes the Residency members through a path/course  planned by them. We had Madyha Leghari  come in as a curator last year and this year Seher Naveed has been entrusted with this role.”

I wonder aloud and ask her if this takes a toll on her art and what advice she would give to anyone looking to start a Residency and Saba lays out the dilemmas and pitfalls very clearly,

“You need alot of commitment and you get nothing in monetary terms. I could have worked in my studio for another month, having built up a steady momentum but I now have to reluctantly shift my family to Murree for a whole month so you do pay a price.”

Ultimately  though, she is quick to point out the rewards and lay out an ambitious vision for the future,

“This is why I want to continue doing this as well. By building up the artist’s affiliation with the place and experience, their running it becomes a possibility. My aim is that in 10 years I should have a team that is motivated enough to take up the mantle and run this Residency without me physically being there. It should run on its own.”

” Participants are now chosen through nomination. I ask older artists to nominate people. I am interested in artists who have hung on resoloutely to studio practice but have not been getting the right oppurtunities. My focus is not on fresh graduates though. Basically I want committed people…This year we have selected Pradeep Thalawatta, Sarah Mumtaz, Seher Naveed and Suleman Aqeel Khilji. Saira Ansari and  Rabeya Jalil, who are talented writers are also part of the Residency this year.

The aim is not to produce work which has to sell, otherwise artists will, under pressure take the safest option and make the things they already know…it should be like walking in the dark and finding something new at the end…nobody is looking over your shoulder so you do whatever the hell you want to do…I want to create a space for artists that will allow them their breakthrough moment. The true success of my Residency would be someone saying that they discovered a new technique or idea because of the  space and environment that I offered them.”

Saba narrates her own experiences at Residencies and points out that they have been instrumental in the  formulation of her objectives.

” Being an artist myself, I know what the dynamics are when settling in and starting work at a Residency, how the right mix of people and interaction is important. There should be no commercial pressure, that appeals to me. I recall I made some “bad works” at a Residency in Italy. I knew I would not show them to anyone. I got a big jerry can of acrylic gel, poured them in molds that I found and made whimsical, childish things. It was intensely gratifying. Today I use so much acrylic gel, that one and a half month allowed me to produce work for five years.”

I interrupt and ask if the inclusion of  international artists in local Residencies then can help debunk stereotypes and misconceptions.

“Of course! Last year we had  Japanese and Korean artists, Hiroshi Tachibana and Hyun Ju Kim. Both were impressed by our hospitality, the people and wanted to return to explore the rest of the country.”

She beams as she eventually admits ” I go to Residencies because artists are the best people to work with…theyre relaxed,  alot of fun, have no prejudices…they come from diverse backgrounds and with interesting “baggage” and stories.”

Saba is positively beatific as she narrates the success of the introduction of an Outreach Program as part of the Residency.

“For our pilot Residency we just got together gypsy children from Jhelum who specifically come to Murree to beg, its a business apparently! They do go to proper schools but you know how rigid our system is, sirf  jhundaa,chand, sitara but then we started book readings, showed them books by Dr. Seuss and they started to open up, we asked them to start drawing on walls and their imagination just went wild. It was incredible!”

All these experiences she says, have contributed to her growing as an artist.

“I feel I don’t have to be a lone artist isolated in a studio, I can do more, take on more responsibility, we can operate collectively in group activities, spray paint a wall…the possibilities are endless.”

The lines and boundaries that once defined what roles artists could and could not take on at a time have not just blurred with time- they never existed and Saba Khan’s journey is testament to this. The Murree Museum Residency has made remarkable progress in a short span of time, it exemplifies Saba Khan as an individual determined to foster creativity and give back to the art community.