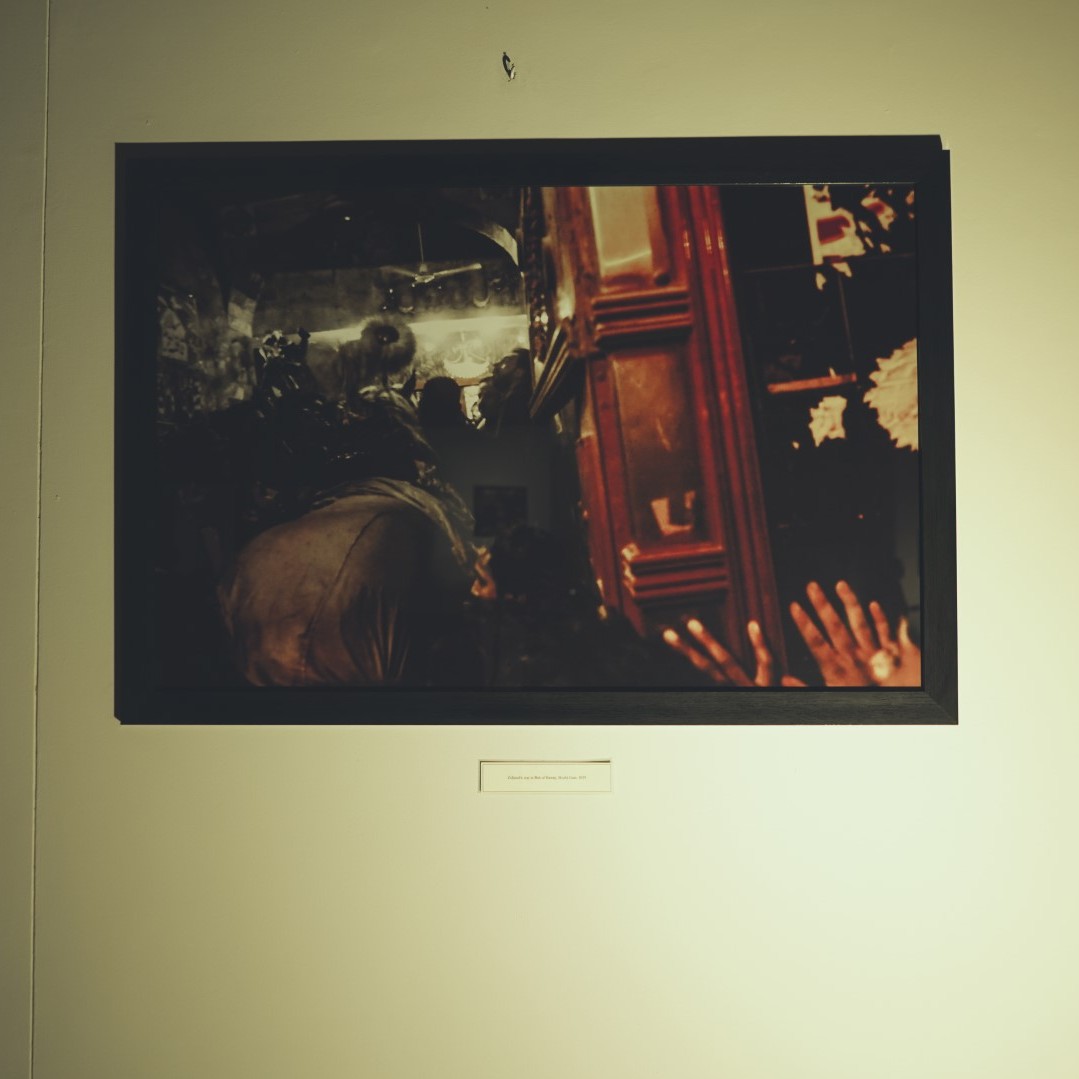 The exhibition titled “The Other Horses” is a collection of photographs taken by Nad e Ali. The supportive and encouraging faculty from the Mushtaq Ahmad Gurmani School of Humanities and Social Sciences, Lahore University of Management Sciences have brought Ali’s work to their campus walls in order to create an artistic space that stimulates the imagination of their students and promotes a positive discursive atmosphere for a wider audience.

A witnessing took place at the opening on 15th March, 2019, where viewers were invited to gather under the high ceilings and open balcony spaces where the works were hung. As a recitation of Soz (mars̤iya or elegiac poem) was delivered by the Nescafe Basement singer Ali Asghar, a quiet wave of silence washed over the gathering transforming the exhibition space. In this well curated simulation of a procession we are instantaneously transported into the congregation Ali has captured in his photographs. An atmosphere of focused devotion, belief, love, loss and pain is captured in this series. These photographs within the physical and academic walls of LUMS are open to a plethora of interpretations. With each passerby’s shadow and silhouette these images move and entangle further within themselves. Blurring of faces, elongated shadows and bodies, strokes of angular light, distorted symmetry and a muted colours of ochre, gold, brown, grey, and black are all seamlessly layered making this series full of mystery and abrasively modern. For eight years Ali has explored photography as his predominant medium of choice, he has explored the streets of old Lahore, its neighbourhoods and interacted with people from all walks of the city. The human condition has been at the centre of his practice, with immense resilience and tenacity the artist has spent his time creating photographic sequences and narratives on his community though various series.

Along with the work on display there was an accompanying photography zine, a catalog of his black and white photographs. They are the grainy, gritty and documentative side of the exhibition. The artist talked about the physical challenges in creating these compositions, the sheer weight and force of the crowds surrounding him at these processions, making it next to impossible to control the compositional finality. Yet, these works feel premeditated, their painterly strokes of light and shadow with the emotive quality in each one making them a deeply personal experience. Ali talks about having studied the behavior of his community over the years with patience and compassion. With a desire to capture the emotional frequencies and oddities that make him both an insider and outsider of his own photographic practice. Ali has kept going back to this procession over the years, he has witnessed its rhythm and movements intimately. He has photographed at Nisar Haveli, Pando Street at Krishan Nagar, Mohalla Shiaan and Bab ul Hawaij at Mochi Gate, Rishi Bahwan at 84 Brandreth and Bilo Shah at Taxila Gate.

“Sardar Badshah’s transformation into Zuljinah” and “Preparation of Sardar Badshah at Nisar Haveli” were taken in 2014, they are preparatory scenes of Zuljinah. In the following years the imagery starts to take on a hyperbola of reverent movements, the “White Replicas of DulDul at Pando Street, Krishan Nagar” is tangled with blurring bodies. In “Wounds re-opened, Krishan Nagar” the scene is set; we feel the rising tide of emotion from the crowds as the white horse is guided into the center of the frame. These compositions have a whirlpool of bodies, hands and faces coming together, this circular form is engrained into our spiritual sensibilities across many religions, cultures, tribes and ancestry. They draw the viewer into the scene and from a distance we see shape, lines and strokes but on closer view we see people, expression and emotion. We know the history of the Walled City, how closely generations have lived in these spaces and Ali’s photographs capture the bonds of this community. “Remembering Hussain, Nisar Haveli, 2016” feels like a totem of five figures facing in different directions, they emerge through the darkness into the light. The perspective in “Mohalla Shiaan, Mochi Gate, 2018” has a horizon line between the figures and street lights, this typically urban scene is a precursor to the path of light leading to “Zuljinah’s stay at Bab ul Hawaij, Mochi Gate, 2019” where we see details of hands and wooden panels leading us further into the crowds. There is clear evidence of the dilation of time in these photographs. As we walk along leaving behind the visuals of the streets, traversing years in a few short moments, the curiosity for who these people are and why are they there fades. Knowing the identities of these people in the crowd is secondary as we are fascinated by the formation they are shaping into as they become one large body. We surrender our logical epistemologies to Ali’s depictions, as he himself must have in order to seamlessly join the gathering. Ali deeply observes, methodologically researches, poetically describes his experiences. The show continues till 15th May, 2019 at Gurmani Centre for Language and Literature, LUMS, Lahore.