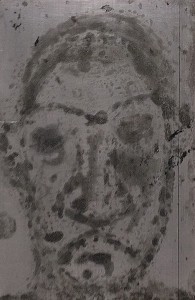 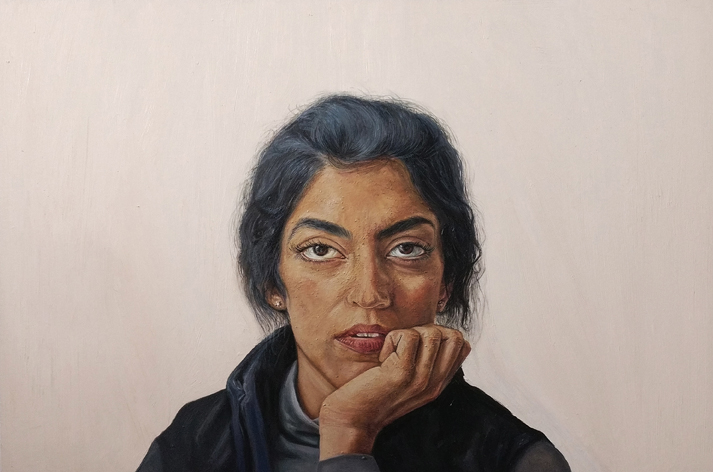 #Selfie; The digital age has managed to enslave its social animals in a much greater desire for approval, affirmation, and popularity, perhaps even turned these beings into social experiments and commodities for pictorial representations of the self for the other, that perhaps, goes all the way back to the early hand-print paintings on the cave walls, almost more than 4,000 years ago, also marking and recording the self for the passing eyes.
The notorious world of digitization has fared to manoeuvre the concept of self into a selfie; the strategic genre exercised and developed into manipulating and merchandising the “self” not for the greater good but for the greater gain. Marginalising on the social, physical, psychological and emotionally challenging models, traits and ideas of the human mind, this tool of the perfect 45 degree front camera angle has developed into a much greater debate and concern rather than a harmless photographic documentation.
The COMO museum, Pakistan’s first private museum initiated an exhibit themed “ Self-portraits in the age of the selfie “ . The initiation compiled a diverse group of artists and each had put forward their hash tags as artists and selfies. There is a very thin line between these two words and not only in terms of their origin but in their coinciding definition ; an initial explanation of the self is measured as an object of introspection or reflexive action, hence ‘’ an artist’’ and ‘’art’’ . The walls of the museum witnessed hung, drawn, painted, written and installed versions of these artists. The articulation justified the display for some of these artworks and not so much for others.
The entire walk from the minute one set’s foot into the museum to the last foot out felt like series of conversations, questions, thoughts, ideas, confusions and opinions. Each painting of the self was a distinct ,cold and a bizarre sense of eco hitting against each wall. It was a visual diary that everyone kept of themselves, hidden away from preying eyes and minds, for many artists, the self still meant an origin they were comfortable with, instead of challenging the margins of what has been the recitation of the self, the technical reference of what the self-portrait was has been drastically transformed, in the modern day and age from the posture of the body to the posture of the mind; an art form on its own still fighting to be a voice regardless of the art market, its political acceptability and monetary credibility.
Some of the artworks had the sighting of the circumstantial self and the confrontational glare was something to take away from the show.
“Time Ruptures’’ by Natasha Malik was a survey into the position of the familiar and the distant. Her photographs and their manipulation had transported her familiar archive onto various objects. Her revisiting the tangible with the non-tangible made up for a timeline that reconstructed and questioned the associations of our conversations, our memories, our thoughts and voices with the physical reality and the peripheries of authenticity around it. It was a strange yet a charging set of delicately hung images.

The untitled by Sadqain, an over-sized, circular shaped mirror installed against a navy and a cobalt blue wall was a confrontational and an oddly gratifying piece that made one stare and glare into the mirror, almost wanting to touch the perfectly over-sized circular edges. There is an illusion to the creation of the object such as a mirror and antagonized by it reminded me of the theory of ‘’The looking-glass self ‘’ by Charles Horton Cooley who terms that individuals develop, cultivate and believe their concept of self by observing how they are perceived by others, predominantly when applied to the digital age, the work advances questions about the nature of identity, socialization, and the altering landscape of self. In this way, society and individuals are not separate, but rather two complementary aspects of the same phenomenon.
By nature, a selfie has been accused by many of being sexual, provocative, narcissist, private and rather deceiving too in its tendency to make believe; piecing together and layering multiple analogies and ideas for a singular credibility, Sahyr sayed’s “sake keep and other illnesses I” was a little doll house novel. A skin toned, wooden book shaped casing which in fact was an old cutlery container, had been layered ,stuck, and pieced together a claustrophobic interior, filled with numerous miniature household items. It was a museum into her mind. A female social animal unfolding the chaos, confusions and confrontations without predetermined definitions, only packed with nostalgic tenderness.

Others such as Aisha Bashir, Abdullah Qureshi, Mohsin Shafi, Anushka Rustomji, Zara Asgher, Hurmat Ul Ain and Rabbya Naseer had more to question the audience about themselves and displayed an interactive analogy to take away, probing the audience to define and defy what they meant to the society, the religious and cultural norms and whether their classifications were convincing enough for their origin to uphold and accept. All of these artists displayed confrontational pieces of their mind to survey into a certain class of conduct and code.
What each one of these minds chose to exhibit and expose went through a series of self- myths and filters before it opened its doors to its spectators.
There is already a lack of introspection and perspective through the one arm’s length selfie knowledge of the self-let alone the portraits we capture of ourselves throughout our lives. Let’s be clear, the controversial self has less to do with art and more with the ideology of existence of art.