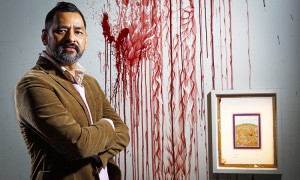 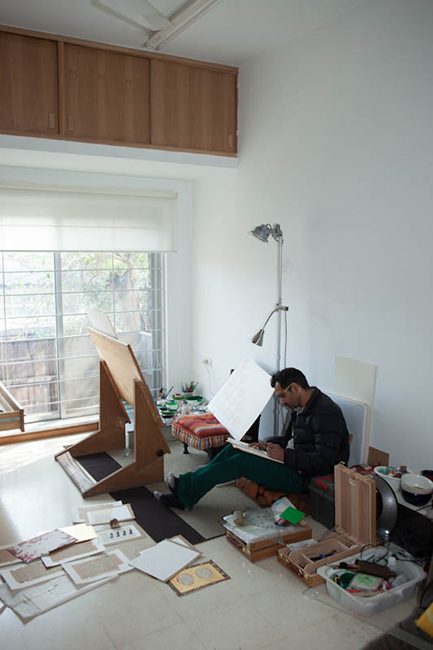 I often wonder,  Why does man kill man? Here are some thoughts concerning the same:

Death is a boundary which separates the process of dying and the state of being dead. It is a non ­event that sits outside the realm of experience. As long as a person is alive, death is not there to be experienced and, when death is present, the person is not there anymore to experience it. As such death remains the biggest unknown of life. The only knowledge of death comes from witnessing another person die, but even in witnessing we can not share the same, first-hand experience; we can only watch the body of the dying person go through different states associated with death. Even though witnessing another person die does not allow us to experience death itself, it does create a spirit of kinship. A sense of togetherness or nearness to the dying person is felt that demands us to do the utmost to preserve life. Emmanuel Levinas describes this demand in ‘Alterity and Transcendence’ as:

The death of the other man puts me on the spot, calls me into question, as if I, by my possible indifference, become the accomplice of that death, invisible to the other who is exposed to it; and as if, even before being condemned to it myself, I had to answer for the death of the other, and not leave the other alone to his deathly solitude. It is precisely in that recalling recalling of me to my responsibility by the face that summons me, that demands me, that requires me—it is in the calling into question—that the other is my neighbor. 1

But if witnessing the death of another person demands responsibility, how is it that we remain indifferent to the suffering of others? Why are some lives too insignificant to be grieved? This apathy is a result of the inherent narcissism present in the human organism that believes in its cosmic specialness and extends itself beyond the physicality of the body through symbolic, but otherwise meaningless, achievements. This naive narcissism is illustrated in Lev Tolstoy’s novel ‘The Death of Ivan Ilych’ (1886) in which the protagonist suddenly falls ill and, faced with death, reflects:

Caius is a man, men are mortal, therefore Caius is mortal,” had always seemed to him correct as applied to Caius, but certainly not as applied to himself. That Caius — man in the abstract — was mortal, was perfectly correct, but he was not Caius, not an abstract man, but a creature quite, quite separate from all others. He had been little Vanya, with a mamma and a papa, with Mitya and Volodya, with the toys, a coachman and a nurse, afterwards with Katenka and will all the joys, griefs, and delights of childhood, boyhood, and youth. What did Caius know of the smell of that striped leather ball Vanya had been so fond of? Had Caius kissed his mother’s hand like that, and did the silk of her dress rustle so for Caius? Had he rioted like that at school when the pastry was bad? Had Caius been in love like that? Could Caius preside at a session as he did? “Caius really was mortal, and it was right for him to die; but for me, little Vanya, Ivan Ilych, with all my thoughts and emotions, it’s altogether a different matter. It cannot be that I ought to die. That would be too terrible. 2

What becomes quite clear from reading the passage from Tolstoy’s novel is that the experience of being alive exceeds the physicality of the body. It is precisely this excess that survives as a spectator whenever a human being tries to imagine their own death. Therefore, a certain obliviousness shrouds death and its appearance in public life. It is this state of oblivion that most people spend their lives in. Death, to them, is a stranger that always takes the other—a neutral future event that happens out there in the world and becomes a news item. Levinas describes this obliviousness towards death in the following words:

Anxiety reduced to fear. Anxiety becomes fear. Death becomes a case of death. One dies, but no one in particular dies. The others die, but it is an event in the world…Death is something that can come to pass but that, for the moment, has not yet come. One dies, but not I, not just now. This is the equivocal language in which dying, in its mineness, becomes a neutral public event, a news item. The They effaces the character of death as ever possible by giving it the effective reality of an object. We console ourselves as if we could escape death. Public life does not want to let itself be troubled by death, which it considers a lack of tact. 3

It is this unconscious faith in one’s immortality—the consolation that somehow one will escape the annihilation of death—that breeds a sense of superiority over the other. This false sense of superiority becomes the basis for all kinds of oppression and injustice or, at the very least, a disinterest in the plight of others. For a person to have empathy for the ‘plight of others’, a greater acceptance of one’s own mortality is required. The acceptance that to be human is to be bound towards an inevitable end—a proclamation of the biggest tragedy of humanity—that in spite of all our loves, hopes and ambitions, we will die.

The only consolation that one can have in this utter hopelessness is that one is in this meaningless existence together with other human beings. The fact that one’s fate is shared by others creates a sense of community in which other lives become as precious as one’s own. This realization demands that responsibility be felt for each death, no matter how insignificant, and each death be mourned. But, before certain deaths which have been denied representation in dominant forms of representation are mourned, they have to be represented in a form which can allow us to apprehend the frailty and precariousness of life. Imran Qureshi creates that space through his art. I strongly felt this when I visited his studio last week. Here is an excerpt from the conversation that ensued:

Julius John: Do you have an intention when making work? Do you think about the change your work will bring in the world or the life it would have in the future after it leaves your studio?
Imran Qureshi: Perhaps a single painting cannot bring any change, perhaps the whole practice can. When you keep saying the same thing again and again through your work, it affects people on a subliminal level without their realizing it.
JJ: Even your mode of existence can bring a change.
IQ: Someone commented on my work saying, “I’m wondering how long can you stick with this act of throwing paint”. If you look at my past practice of 10 or 15 years you see a gradual change in form and content. This change is organic, not abrupt. Art is something very personal, and one cannot change it just for the sake of variety. If you are conscious about your act of making, the change will come naturally. You might not register it yourself.
JJ: Is there a particular event that motivated you to make such work?
IQ: Violence is all around us. Like I recently saw a video of a pregnant dancer getting shot in a wedding in Bathinda, India. When I saw the marks left by the dancer’s body that was dragged off the stage, it dawned on me that the marks left in the aftermath of a carnage are not simply drips of blood, but also include impressions of the body. That is why my recent work includes marks of hands too. Someone asked me if I had experienced violence personally. I think it is easier to forget your own pain but actually harder to neglect someone else’s pain. For example, if you have children of your own and you come to know that someone’s child died you will empathize with them. Violence is global now. It is not restricted to Pakistan only. Everyone is getting affected.

JJ: There is violence in nature too.
IQ: Yes. When I went to Canada, I could not relate my work in that context. Then I learned that Toronto is right underneath the hole in ozone layer. So I used green color, instead of red, and created what looked like a garden. So yes, nature is violent too.
JJ: If in this world we cannot stop violence altogether, cannot succumb or revert to it, what can we possibly do in this world?
IQ: If only we can stop worrying about others and correct ourselves, we will solve a lot of problems. But that we often fail to do.

With this, I said goodbye and left, still deep in thought…