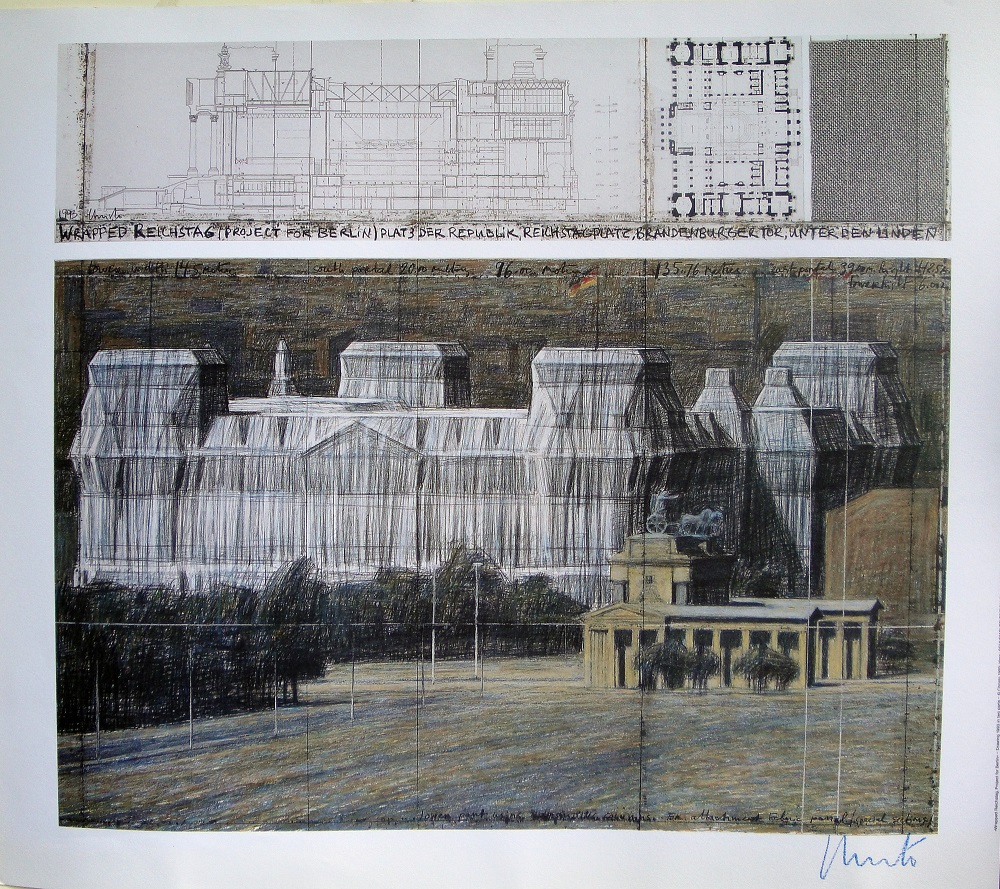 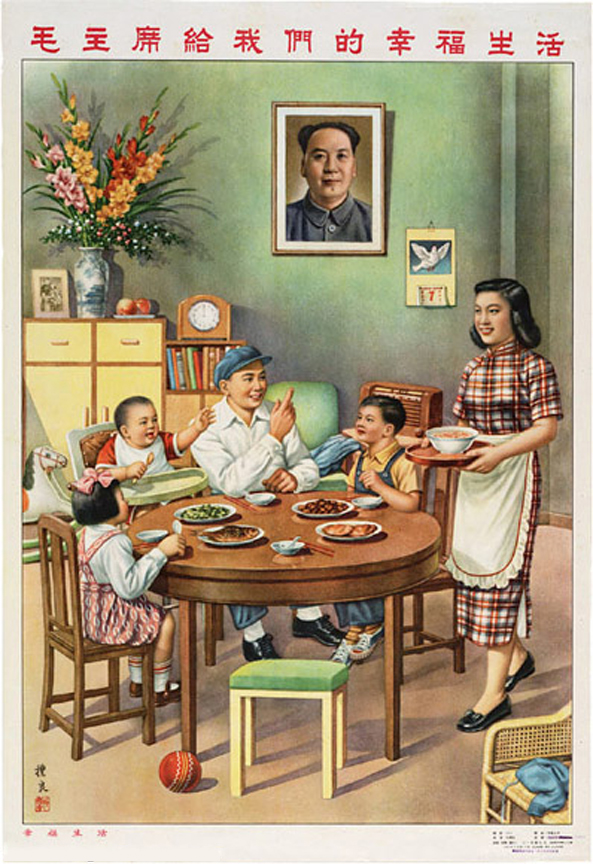 The Critique of Institutions: A Not-So-Helpful Guide To Life After Art School

The discussion often arises, particularly at this time of the year where colleges and universities wrap up their academic year and degrees are handed out to graduates, of the number of students that graduate from art schools versus the number that remain in the professional field. From the larger institutions such as the IVS, Karachi University, Karachi School of Art, BNU, NCA, to others located outside of the main urban centres, hundreds of art students emerge every year, poised for a career as artists. These numbers, however, do not translate into the professional arena and one is left wondering what it is that allows for practices to be sustained versus those that are discontinued.

Foremost amongst these ideas, the system of education is questioned: do art schools really prepare students for a career in the ‘real world’? Art school can be a deceptive and enveloping bubble, which allows for a kind of disconnect from the outside world. In this world, we all have the same concerns, the same overarching trajectory and we all (more or less) speak the same language, one which, we do not realize at the time, is a rather specialized one. There is a rigorous training and focus on individuals, an active dialogue and interaction that helps to engage with and explore ideas in a collective environment that lends itself specifically to such concerns. Within this milieu, it is easy to take for granted the level of support that such structures provide, and just as easy to disregard the impact once this active support is withdrawn. The transition to a solo practice without the comfort of input and guidance as well as (and perhaps more importantly) the knowledge that others struggle with the same, is a difficult one and not one that many make it through.

On the flip side of institutional support is the criticism of institutional agendas, which seem to assert themselves through the work of students, thereby appearing to destroy a certain sense of the ‘originality’ of the artist. Often, it is easy of pinpoint the work of students/artists as having emerged from certain institutions – i.e. the work of an IVS grad is easy to tell apart from what a student of NCA or BNU might do. Where this can be seen as the inevitable result of institutional agendas that interpret what their focus in the context of the contemporary might be, it is also seen as a kind of whitewashing, or turning into white noise the ‘original’ voice of artists who have now been trained to interpret and locate themselves within a certain set of perimeters. Following graduation, it is often a battle artists do not find themselves winning when they have to negotiate between this training and what their own mode of interpretation might be, given a larger and growing set of concerns. In simple terms, it is questioned whether institutions instill within their students the ability to think through and resolve things for themselves.

In the current era of a globalized art market where art fairs and biennales have broken the barriers of geography and economics, the idea of the struggling, much less starving, artist is a dying one. Where in the past one heard of artists such as Sadequain, whose passion and dedication alone seemed to drive their practice in a kind of hermetic lifestyle only interrupted by what was needed to be done for basic survival and the sustenance of their careers, artists are now much more aware of the mechanisms of the art market and how to locate themselves within its varied contexts. It is now much easier to break through geopolitical boundaries and tap into a world outside of one’s own immediate context in an attempt to ‘market’ oneself (cynically spoken) or have one’s work known without ever having to leave the country, city, or even home. However, it might also be true that buried inside the core of the model of earlier practices is passion and commitment that is essential to the sustained forward motion of a practice, and without which no amount of market support can overcome the real struggle of a creative practice which is at its heart driven by the sheer force of conviction of the individual that it emanates from.

In a country such as Pakistan, where governmental support is negligent if not completely lacking, institutions, independent collectives and individuals are often looked to, to fill the gaps in patronage. This is a difficult and often limiting setting. Where government can give grants and be responsible for creating cultural and opportunities outside the scope of the individual, they also create a certain sense of awareness and significance – an equal validity and seriousness with which to view the practice of art, in comparison to say a career in economics or medicine. Without this, the impact of art is watered down, neutralized. It is difficult then to imagine a situation where art has the power to change economics and urban landscapes.

In the 1970s and 80s, creative individuals were responsible for changing the real estate market in New York, when artists, musicians and other such individuals moved into the lower east side of the island to seek out cheaper studio spaces and to build a kind of community that fostered the spirit of creative freedom. Over the decades, the East Village, Brooklyn and beyond became a hub for such activities and individuals, became ‘hip’, so to speak, driving up the prices of real estate as people vied to live within and be part of such a community and environment. In this context, in countries such as the US and across Europe it is also not uncommon to find MA and PhD students who moonlight as waiters, librarians, bartenders and other such positions that allow for economic survival while not taking away from the focus on a primary practice dedicated to the arts. This cannot simply be attributed to the commitment of individuals but also to factors such as minimum wage, education systems and of course societal standards and perceptions.

In the setting of Pakistan, where social and cultural norms combined with a view towards a kind of superficial luxury attributed to an artistic practice, such movements and shifts become next to impossible. Where few individuals are willing to leave the comfort of their family home to strike out on an independent path, it is also not a culturally encouraged practice. Economies cannot be driven by artists who cannot fight against the pressure of such restrictive ‘norms’, when the inherent nature of such practices is to question and critically examine exactly such conventions and standards.

Of course, this is also difficult to do in a situation where security becomes a concern – however, not impossible; the beginnings of what we know to be the contemporary Chinese art scene are an exemplary model of this. Fighting against the suffocating oppression of governmental censorship, artists created an underground art scene that eventually revolutionized notions of creative freedom in the country and compelled governmental structures to play a supportive role versus an oppositional one. Where the link (and often friction) between art and politics is a historical one, in Pakistan, religious and cultural conventions can be seen as bearing equivalent if not greater oppressive or restrictive force, one that not many would venture to pit themselves against without fear for their lives or at least their reputations and standing in a heavily proscribed society.

Community then seems to be the key, a rallying together of support that keeps in mind and equally fosters individualism as well fraternity. Where it is indeed essential to find voices that are similar, it is equally important to recognize the worth of the opposite, creating an environment of healthy critique versus hostile politics. Particularly for younger artists whose voices have not yet gained the strength of individual force that comes through time given to a rigorous and sustained practice and set of concerns, this sense of community is then pivotal in making the transition between emerging and established. The question also arises of private institutions (and similar structures) versus governmental ones and embedded within it the issues of how modes of institutional critique must take different forms for both. Where the heavily controlled days of, for example, the Zia era, seem very far away in the current time, it is through exactly such a sustained effort by private individuals and institutions that any sense of creative freedom has come to be.

Although the critique of institutions and market structures in art is relevant, it is also ironically exactly through such institutions, whether academic, galleries, museums or collectives that such practices are currently sustained in Pakistan. What seems essential then, in making the move from an emerging career, fresh out of college, into a professional practice, is not simply to be aware of the advantages of a heavily globalized contemporary society and the opportunities that it may have to offer, but to also take the micro of the immediate into account and simultaneously find ways of negotiating and operating within it. This is not something that academic institutions can necessarily impart or instill; it is simply the learned experience of a continued and committed practice.