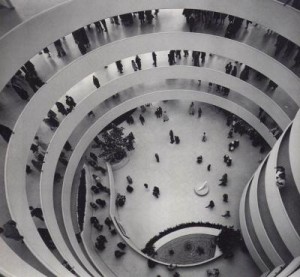 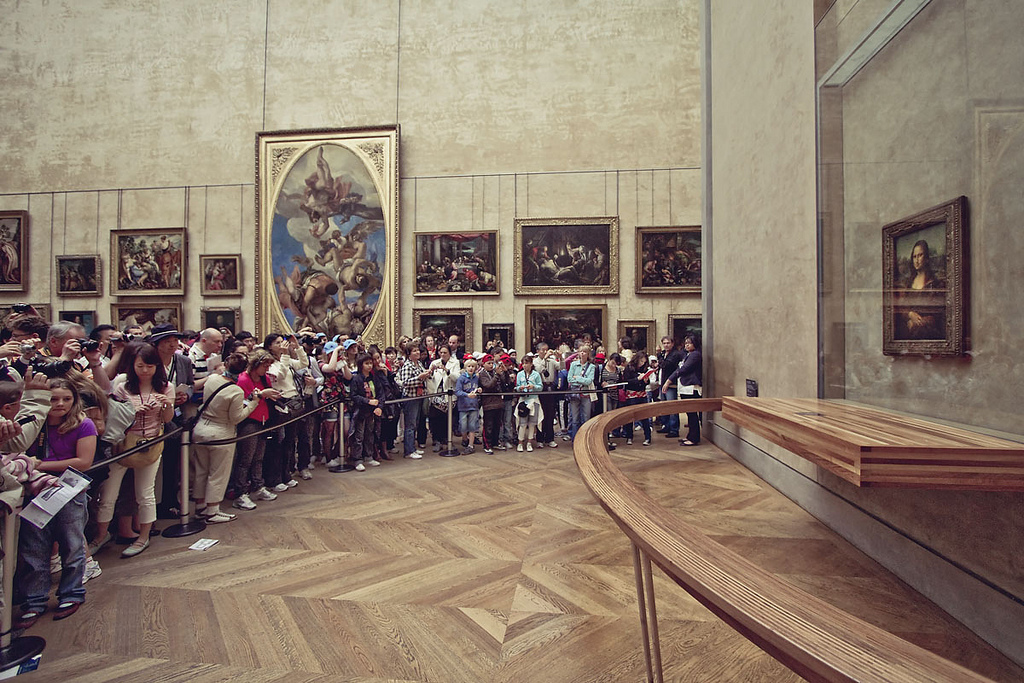 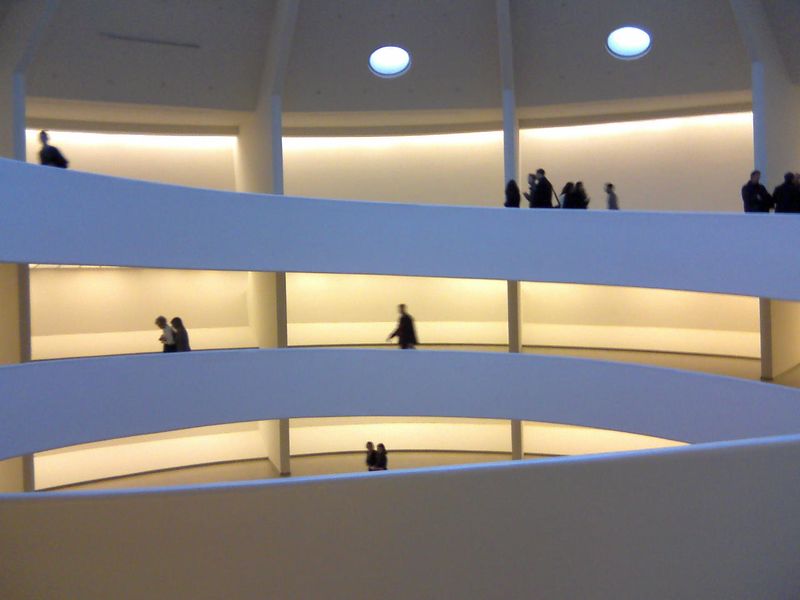 The Art of Keeping Alive

It is subject to debate on the accuracy of its completion, however we know that Leonardo Da Vinci finished painting the famous Mona Lisa in early 1500s. Approximately six million people view the painting every year where it remains guarded behind bullet proof glass, with safeguards and detectives at its keep twenty four hours. At the time of transporting Mona Lisa from France to Washington D.C., at the request of First Lady Jacqueline Kennedy as a loan for an exhibition in 1962, the painting was greeted not just by gallery curators and the First Lady herself, in fact local, state and federal security officials were waiting to receive the painting as it entered New York Harbor.

Apart from the physical and climatic control, and security measures that have helped in regulating all possible means to preserve the painting closest to its original condition, the painting has been reproduced in books, magazines, monographs and endless publications as a way to continue its legacy.

Why does one feel the need to keep reminding ourselves of the grandiosity of this work of art? One gets introduced to the legacy of Mona Lisa even before one gets introduced to the actual painting itself. The preemptive qualities marketed around the painting’s worth often makes one doubt it’s worth at a first glance. What is the fuss all about? One wonders. Surely the mysteries of the painting slowly unfold and wizard their way into your perception allowing it to encapsulate you in the world of countless interpretations and associations. Mona Lisa allures you towards itself, whispering into your ears spells of silences and misgivings.

We live in a world where everyone tries to practice the art of keeping something alive. Smart phones being possessions beyond luxury today, makes everyone entitled to practice means of capturing and archiving their surroundings. We live in an age that is slowly going devoid of keeping memories. We are prone to capture and materialize physically every possible perception of our periphery. We are living in a time where we rely on multiple manifestations and platforms of recording our environments. Answering machines, voice mails, notepads, productivity apps have become a part and parcel of our everyday.

While this exists in every day, the art world it appears to be also amidst an age where permanence of thoughts, images, and ideas is means to find validation. Artists today adopt archiving measures to preserve their work; such as papers, varnishes, fixtures, framings and other similar methods. Perhaps delaying the decay of the work physically will allow the work to remain in people’s minds for longer. Can a work of art achieve permanence though physical manipulation? Is it the fact that the Mona Lisa has been guarded under such close proximity that it has engraved its legacy in the minds of the viewers?

Over the years one notices how books have begun to become exhibition sites as well. Images adorned by validating texts curate close-knit exhibitions. Words act as means of permanent marks that allow the work to live on for longer. Without taking as drastic measures of security as for Mona Lisa, a work of art lives on through the mere forms of reproductions.

In retrospect, it is fascinating to discover how once, oral lore a tradition where knowledge, art and ideas were transferred and transmitted orally from one generation to another, were the only means of archiving. With the help of mnemonic techniques, scholars and specialists preserved their folklore and mythological stories. Religious books were also transferred from one generation to another through similar oral practices.

Permanence of thought perhaps exists beyond physical imprisonment. Are we misgiven thinking that archiving the work will achieve eternity? Is it not a fact, that it is not actually the work that allows it to exist beyond, but in fact the thought of it that seems to realize its permanence?  All the master pieces created till today from classical to contemporary have seemed to enter a world of story telling and sharing, where each generation adds onto the mysteries of the masterpiece, highlighting the secrets and ambiguities present in the work. It is then not in the Fountain that we discover the magic, in fact, it is in the thought of a urinal in a gallery that still makes it relevant for debate and discourse.

Is it not the fact that Creation of Adam still engulfs the Sistine Chapel but in fact that the entire theatrical act of painting the mural and the stories that have managed to be transferred to the present generations that allows the work to live on.

Over the years, one has noticed how art magazines such as Art in America, and Art Forum have gained an intellectual relevance. Critics have been given the responsibility to ‘record’ and ‘critique’ very closely the ‘relevant’ works of their time. Their words seem to achieve eternal bliss; therefore it becomes an artist’s prerogative to mate with a critic’s writings. One finds examples in Greenberg’s efforts to initiate intellectual relevance of Pollock’s work during his entire career. At a time where Pollock found it hard to achieve popular success, Greenberg used the medium of critical validity to provide intellectual shelter to Pollock’s work often referred to as ‘accidental drips’.

Every artist craves permanence and to create a legacy. Does eternalness of medium achieve intellectual immortality? Moreover, is permanence  intellectual property, or rather it moves into the world of popular culture? The power of popular culture, where the verdict of the masses holds immense validation, heeds into the immortality of thought and ideas. The fact that Mona Lisa is Mona Lisa today is not because of the fact Da Vinci painted a perfect painting, it is in fact because six million people view the painting every year. We cannot ignore the fact that ‘Starry night’ displayed at the Metropolitan Museum of Art always has a crowded audience at any time of the day. People taking selfies, capturing the painting through their iPhones, directly effect the perception of the work for the following generations. It adds into the mysteries of the work.

It is therefore necessary to realize that the ideas transcend medium. Taking heed from the ‘Conceptual art movement’ in the West, where the art that was created need not be physically realized, and often it was only the idea that became the art. Artists challenged the role or art as well as the artist in the market, using radical ways of expression, to comment on the process of object making. Most recently one sites such experience in contemporary artists works as well.

Most encapsulating is the Tino Sehgal’s’ exhibition at Guggenheim where he exhibited the interactive piece titled The Progress. Sehgal’s work revolves around creating situations for the viewer, where he uses performers as his core medium. One could very quickly assume that Body Art or Performance Art influences his work, however it is not in the body that the work exists. It actually is present in the space between the bodies; it lies in the energy of the gallery, the overall impact that one experiences. The Progress is a situation created by Sehgal where performers through the rotunda of Frank Lloyd wright iconic ramp lead the people towards the top of the gallery. As they progress on to the ramp, the performers ask the viewer questions about ‘what is progress’? On each ramp, another performer greets the viewer and the conversation continues from where it was left. As they progress through the space and reach to the top, their conversations progress and get profounder. The work moves beyond physical realization. Even perhaps recording it via images in books and magazines might not even fully capture or archive the work. The work exists in people memories, their body, their pores, and their aura.

Ideas transfer by memory, where people are the core medium of its permanence. While viewing the work of art, it is not in the details of the work that one connects to; rather it is in the ambiance and oeuvre of the work that initiates silent conversations with the viewer. It is not the physical appearance in fact the mental perception and traces that the work leaves in the viewer mind that gives it life. Perhaps where we are moving towards creating a world that never dies, one needs to realize that immortality pays no heed to the weak.