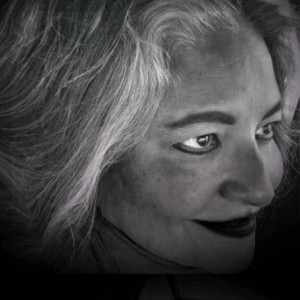 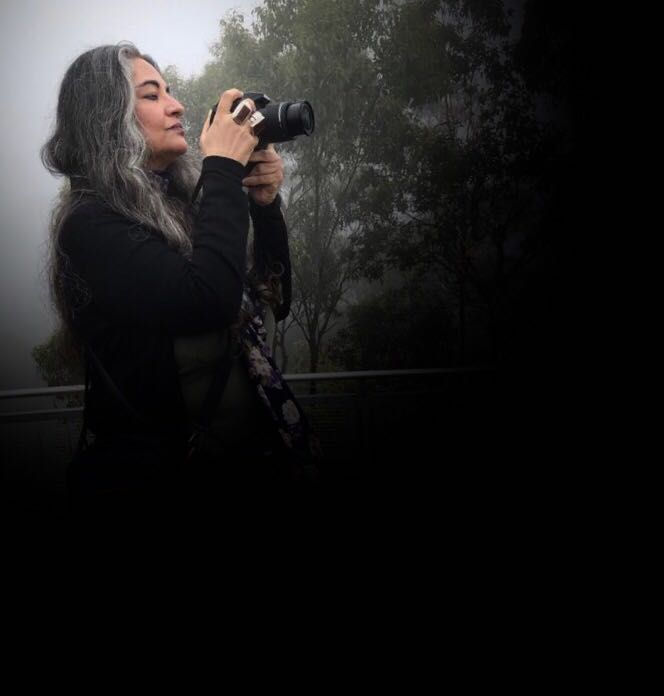 Sumaya Durrani- the Unbridled Silence of an Enraptured Soul

I remember seeing Sumaya Durrani’s lithographs while I was a student of art in the mid-nineties. The quality of line and the complex compositions enticed the mind, captivating it for days to come. There are certain artists who continue to be etched in your mind despite the years passing by. She continued in my mind through her works.

Sumaya’s early works were immersed in multicultural mindfulness and feminism. This was the mid-eighties when she had returned from training abroad. In less than a decade, the narrative protracted from sexual perception of the female form to that of clear spiritual alignment. In 1995 Chawkandi Gallery showcased ‘Works in Progress’ which saw a spiritual orientation of the body. The crux of the show, however, was missed by art critics and artists alike who regarded the exhibition as a trajectory of her earlier narrative.

As the years progressed, the art-world saw a marked transference in her visual vocabulary. The figurative imagery of the nude female form was gradually replaced by abstract pulsating forms and intrepid calligraphy – it was what appeared to be a replacement of the profane with the mystical.

In 2014 my husband and I had the privilege of hosting[i] her while she worked on the multifaceted and extensive project ‘Shahkaar’ [ii]. For me, the close propinquity was a psychedelic experience to say the least. Privy to her conversations, and at times quietly shadowing her while she worked, I came to the realization that the shift in subject is merely visual. The work has always been rooted in tradition and the spiritual. When I did question her about the stark shift in imagery- from the blonde nudes of ‘Descent’ (1993-2003) to the appropriated portrayal of the iconic Virgin Mary in ‘Ibn e Maryam’ (2006) to a more allegorical and abstract language of ‘Shahab e Saqib’(2009)- she replied with

The verse spoke volumes, as verses always do, thereby grounding my observation in the affirmative. Or, at least that is what it seems like at present, while I am writing this piece. It is not easy to understand the complexity that brews within her mind. It is not easy to get answers from Sumaya. She wants you to answer them and in so doing unfold the dynamics of existence. Through her work she wants to empower you to find the truth. Don’t ask her. Ask yourself. All the answers are present, like the cosmos, within you.

Today the artistic vocabulary evolves through material shapes, penetrating colors, rhythmic strokes and bold calligraphy on a wide range of scales; from those of great magnitude to small scale canvases. There is an unquenchable restlessness in her. Her mind seems to be on fire ready to unleash the primordial powers of her ideology. Her ideas no longer restrict themselves to two dimensional planes. She unbridles them to commandeer the three dimensional space all around her.

The visual and intellectual narrative seems to challenge the philosophical inquiry of Sartre’s existentialism[iv]. Her work seems to be a strong voice contesting the existential analytics of Kierkegaard and Nietzsche’s concrete knower, who is an individual understanding himself, not through introspection, but by means of logical investigations and interpretations of the world in which he is physically rooted. The artist appears to attribute the transcendental[v] phenomenology[vi] to the downfall of man today.

Sumaya Durrani’s latest works strongly and openly reject the Eurocentric model of humanism. Her art elevates the absolute knowledge and the soul (qalb) – soliciting the divine through a personalized visual language. Through her practice she expounds on the affluences of the philosophy of the Divine, and on the ethics and aesthetics of Islamic tradition. The manifestation of the Absolute exudes through the many intellectual allegories communicated through space and symbols consecrated in an impenetrable arching that signifies the cosmic breadth and inner reality of ‘al haqiqat al muhammadiyah’[vii].

‘Ibn e Maryam[viii]’ was a testament of the reconciliation of the transitory world of the body (form) with the timeless and eternal world of soul (the being).  ‘Shahab e Saqib’ [ix] was a cosmic allegory of achieving marifaat[x]. ‘Rukh e Mustafa’[xi] was centered on the devotional practice of Dhikr facilitated through the Heart.

The early months of 2015 saw a series of performances under the aegis of ‘Witness’[xiv]. ‘Wahid’[xv] was performed in partnership with her husband, Nadeem Ahmed, at the Karachi Literature Festival before an audience of artists and critics. A spiritual feast of ‘Man o Salwa’[xvi] was served[xvii] at Koel Café. A continuum of ‘Witness’, sub-titled ‘Mirror of the Intellect’, was performed in collaboration with many artists and critics at the Imran Mir Foundation.

In recent years there has been a tendency of classifying Sumaya as an artist who has shed the garb of modernity to find solace in spirituality and tradition. I cannot help but disagree with this postulation. Of the time I have spent in her company not once did I come across a parable professing to the converting of her susceptibilities from that of the profane to the spiritual. What I did come upon was a highly passionate soul, with an insatiable mind, reflective of and deeply rooted in the mystical order of Sufism, one which is submerged in the absolute truth–clearly a cognizance not recently baptized.

The artist openly positions the escalation of her current practice as a result of the censorship imposed on her. She is known for speaking her mind. Not known for sugar-coating her words she is often forced into retreat due to political censorship imposed on her by many art critics and artists in Pakistan. The hiatus is temporary and the art world witnesses a resilient and irrepressible artist emerging not only once again but time and again.

At present Sumaya Durrani is pursuing a Doctor of Philosophy at UNSW Art and Design, University of New South Wales, Sydney. She is also editing a collection of journals on theory, art criticism and aesthetics drawn from the legacy of her grandfather, poet, historian, lexicographer, Prof. Tajwar Najibabadi, Shamsul Ulema- e-Hind, by the Order of the British Empire, Baleeghul Mulk. She has exhibited widely with 36 solo expositions and several group shows at public and private venues in Pakistan, Australia, Japan, USA, Canada, Norway, France, UK, India, Nepal and Bangladesh.

[i] The artist stayed with the writer for three months.

[iii] Poetry of Prof. Tajwar Najibabadi. A poet, historian and lexicographer he was also Sumaya Durrani’s grandfather. The writer has chosen not to translate the verse in English as the spirit of what the poet (and in this case the artist) is communicating will be lost in translation.

[iv] A cultural movement of the 50’s that seemed to fade away but resurfaces today as a philosophical inquiry turning away   from speculative systems of the abstract to claim personal concerns of ‘truth through subjectivity’- a  transcendental phenomenology.

[vi] an approach that concentrates on the study of consciousness and the objects of direct experience.

[x] Mystical intuitive knowledge of spiritual truth reached through ecstatic experiences, rather than revealed or rationally

[xii] The Light of Mohammad.

[xiv] Unfortunately Witness, though witnessed, was not documented or reviewed by any art critics and writers despite their

presence at these performances.

[xvii] Nadeem Ahmed and Noorjehan Bilgrami were also a part of Man o Salwa. They helped the artist serve the spiritual

food and drinks to the guests.