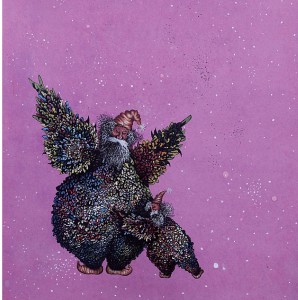 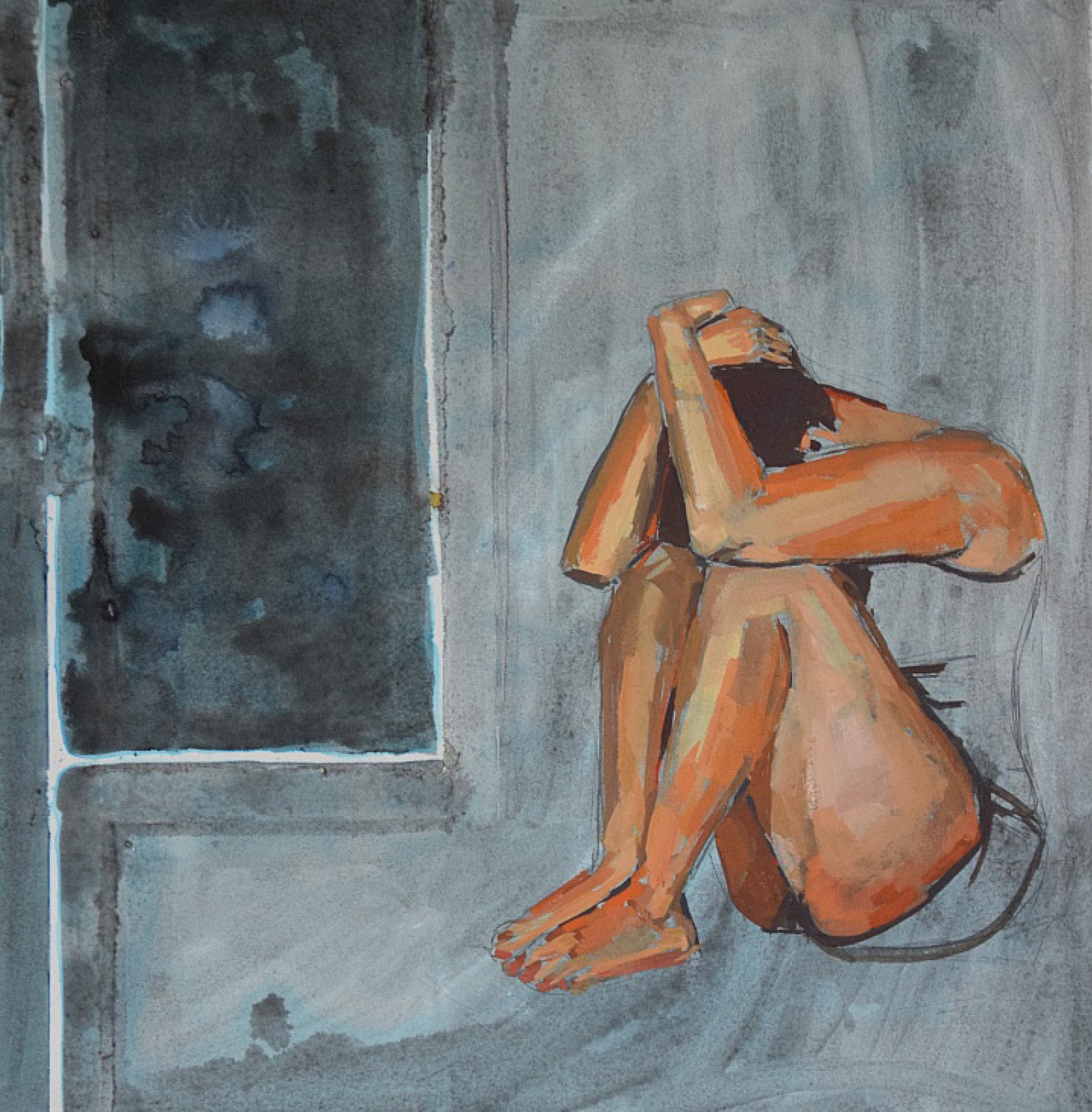 Standing up to stigma |Art for mental health

Perhaps the only intersection between mental health and art that the majority is familiar with is the romanticized legend of a “tortured artist” which has adversely only provided a gateway from the acceptance of a rather common human condition. Psychologists have long been fascinated by the tentative link between mental health and creativity. It is no secret that some of the most famous artists of all time were plagued with delusions and hallucinations, and to this day we encounter news stories of artists and performers in the public eye vocalizing their struggle with their mental health. The truth is, one in four adults live with a mental health condition, and yet this illness often remains shrouded.

The stigma around mental health is a global occurrence, but perhaps is more evident in our society. Having been barely spoken about or taken as a matter of serious concern, the majority of our population is unaware of its gravity and is devoid of knowledge on how to identify, diagnose, treat, and co-exist with mental health disorders in those around as well as within themselves.

For some people, their mental health problems can assimilate into an integral part of their identity. If they come up against the prospect of getting better, they may start to wonder who they are without their problems. Edvard Munch, for instance, wrote in his diary: “My fear of life is necessary to me, as is my illness. They are indistinguishable from me, and their destruction would destroy my art.

VM art Gallery of the ZVMG Rangoonwala Trust in partnership with the non-profit organization Roohbaru, hosted an exhibition titled “Rehai” to raise awareness of mental health through art. The exhibition featured a gamut of works by seven artists at different stages of their careers, who in their individual ways spoke on the issue of mental illness. While some artists created portraits of self-reflection, others presented a window of emotional catharsis. The sombre mood of most of the works drew the audience in for a more contemplative, more intimate, and more immediate engagement that struck one’s viscera and demanded empathy in response.

Abdullah Qureshi’s practice has primarily examined the discourses around personal histories and childhood traumas. He questions how queerness in a Muslim society shapes an individual who must navigate against the reverberating current in a society like Pakistan’s. Qureshi’s quick enamel portraits divulge vulnerability, intimacy, and reformative as well as performative. The anonymous subject stands exposed. Cloaked in armour of vulnerability, they anticipate some sort of validation; much like the esoteric identity of queer Muslims who still struggle to seek acceptance. Qureshi’s paintings are like a snapshot, they archive a particular moment in time and space through the immediacy of his medium.

Adeel Uz Zafar’s screen print of a skull that is wrapped in bandages delves into the vanitas but it also promises some solace. Having predominantly wrapped children’s toys with gauze in his practice, this work marks a shift in his language as the artist chose to mummify an already morbid object. Death, ephemerality, and decay are some of the key themes that are imbued in his work. However, the use of bandages to fasten the cranium intact denotes some form of preservation; perhaps signifying ones heartfelt attempt to secure and mend oneself. The monochromatic, brightly-lit work can be situated in a transitory process of healing.

Faizan Riedinger also employs a black and white colour palette for his abstract paintings. Monochrome has been a common application in artworks that not only evoke the melancholy, but those that also self-reflect, introspect, or venture into the psychological/cognitive frameworks. Riedinger creates an orderly chaos with his appealing compositions of kinetic residual imprints that resemble brain scans. One is drawn to seek the semblance in the maelstrom and to admire the symmetry as well as the juxtaposition of his organic, curvaceous figures alongside the jagged and abrupt lines that they are disrupted by.

Rabia Akhter sets a whimsical stage and presents a chimeric figure embracing an augmented version of its self that in return acquiescently welcomes with open wings. A figment of her imagination, she reflects into the act of self-help and meditation by creating an illusory safe space. The endearing gesture exudes comfort and warmth, and highlights the disputably unparalleled potency of self-guided improvement. Aptly titled “It’s only dust” Akhter reminds us that the dust always settles. Everything eventually falls back to place.

Dreamscapes are also featured in Noormah Jamal’s works. Enveloped in the daunting darkness of the black void, the apprehensive subjects – attired in gossamer-thin gowns – stand in the centre; questioning their selves and their stature. Jamal lends a halo to her figure, placing them to a saintly rank. In another work, rays of dazzling light seem to emanate from the subject. The dainty and precarious setting within her work is reinforced through the repeated motifs of colourless flowers and through the diaphanous fabric which the figure is veiled in. In one of the works the subject seems to refract which alludes to the duplicity of one’s mind. In her other piece, raindrops resembling tears fall before a pensive profile. It is evident that the artist self-examines in her work and looks inwards to share her thoughts on the matter.

In Marium Habib’s painting, a defeated figure cocoons himself while an ominous crow looks over from a corner. The crow is a highly symbolic spirit animal that is commonly revered for its wisdom, and is considered to be a harbinger of death as well as a symbol of luck. Contemporary popular belief also opines that a crow symbolises a new phase in someone’s life; that one should leave all the past behind in reception of something new to be born. The artist marks the subject’s personal transformation and offers him a second sight to adjudicate his life better. The bold and assertive strokes foreshadow a rise in determination and strong will.

The crow resurfaces as a visual metaphor in Sohail Zuberi’s photographic prints. The artist, as a bystander, documents from a distance an electrocuted crow stuck to a naked wire. The series of images show the gradual putrefaction of the deceased bird. While the body decomposes and deliquesces with time, the claw however, still firmly grasps the wire. The poignant sequence of images educes mortality, helplessness, apathy, as well as perseverance. The artist demarcates a striking contrast between hope and hopelessness, consequentially pulling the viewers into a state of ambivalence. The arresting narrative steer one to not just grieve the horrific demise of the crow, but also to identify and condole with the artist who could only stand as a witness in despair, rendering any of his actions unavailing.

Expression through art can not only be healing in itself but it can also be a stepping stone for making sense of yourself and of others, and to narrate your or anyone else’s story – that may at times be distressing. After all, some people absorb everything. Those who have been through trauma find it particularly difficult to voice and express it to others – often not just for emotional reasons, but physiological reasons as well. For them to engage with themes and emotions that they familiarize with is a form of release as well. Given the turbulent notions and taboo towards mental health, it is not often that one comes across platforms that present themselves as a lending hand. And for those reasons, an exhibition like this was direly needed.

In efforts to provide a space for more candid and comprehensive discussions about mental health, the exhibition ran parallel to a week of ensuing activities and discussions that challenged the shame associated to mental health. This exhibition was intended as a fundraiser for Roohbaru, an organisation with a mission to destigmatize mental illness. The proceeds from the exhibition sales will facilitate the organization’s missions to provide an immediate safe space for individuals affected by mental illness and its accompanying burden of stigma that they shoulder.