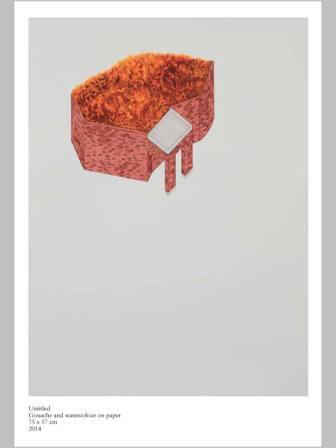 Snippets from a Distance

Privacy for Pakistani women is an elusive term, whether it is the idea of privacy in theoretical discussions or the actuality of it in everyday lifest

Privacy for Pakistani women is an elusive term, whether it is the idea of privacy in theoretical discussions or the actuality of it in everyday lifestyle decisions. Whether or not we find it easy to digest, it is clear that these decisions and conditions made on the ‘private’ nature of things revolving around a woman are often very rarely made executively by said woman herself. Let us firstly look at how evident body shaming and the repression of the human physique is almost always synonymous with a woman’s tangible encasement – dare we say naked body – and this cultural psyche is wrongfully dubbed and excused for as exercising ‘privacy’ for the safety of a women. The state of being free, undisturbed and not under any vigilance is the truer description of privacy versus the idea of isolation and exclusion. It is furthermore interesting to compare and watch how contemporary female artists digest these facts and elucidate their reflections through their oeuvre on the shaky system of disabling women to be freely active in society.
To create and represent the conflicts of safety and exclusion, artist Natasha Malik uses the idea of architectural spaces (on an introspective, the home specifically) which enclose yet halt movement. With her recent body of worked displayed at Sanat Initiative’s Gallery in November, Malik weighs in on how the boundaries and walls of domestic life – both metaphorical and tangible – are poignant with childhood memories, occasions of repression and interrogations within oneself. The pieces in her collection, ‘A cage elusive as a shadow’ ranges from quite literally fiery emotion and chain rattling defiance to subtle pastel colours and furry visions of gardens. Perhaps it could be safe to say that the intricacies in her execution of the pieces is also vastly varied enabling her to pin point the multi layered issues and seriousness of a patriarchal society.
An untitled digital print on paper shows a set of drawers in baby pink against a muted grey and it almost immediately signifies the personal and private space of a girl’s room – a subtle piece, yet the angle of the drawers, their emptiness and isolation tap onto somewhat darker meanings. Pieces like ‘Coffin’ draw a sharp contrast with demure imagery; Malik dapples with different textures and print making techniques but at the same time, true to her miniature training from the National College of Arts, she utilizes gouache and water colour to highlight and render the intensity of a house on fire, ablaze with rage. While these personal compositions lead the viewer to witness a heightened sense of fury and a burgeoning cyclical turmoil building within the four walls of an architectural plan of the artists’ own red brick home in Lahore, Malik created some poignant narrations for this series that are not necessarily all autobiographical. In retrospective most of the artists pieces involve her directly in the paintings – an overt nexus bringing in all the elements together; a shower stall with parrots overlooking the artist bathing, the artist walking nonchalantly through an abyss of grey ocean, close ups of the artists’ eyes in her video installation. However, in the moment when one is viewing Malik’s work up close, the viewer doesn’t immediately think of the artist herself, we connect our own memories and find ourselves in the protagonist’s situation. Any woman in Pakistan would relate to what it feels like to be watched, to be undervalued and to be constantly hushed; with Malik’s poetic amalgamation of places and spaces her visual stories are relatable and tap into some very familiar feelings of isolation and discontentment which comes part and parcel for being a woman.

The use of architectural spaces to draw a focus and conversation on control and conformity is intelligent because one would not usually associate shapes, lines and geometry with a means of expressing feminism in art. Commenting on using the home as vehicle to express her thoughts, Malik writes that “it (the home) uses its being, its framework, as the means of conveying much more than what meets the surface. It becomes a channel, a catalyst and a commentator of what happens in the mind.” Her statement is extremely valid because objects such as the shells and drawers, structures such as walls, cages and graves are tandem in this series; there is the utilitarian use and specifics of these objects and structures but then there is the all important personification of these inanimate structures by which Malik converses with her viewers through. At times the simple shape of the red brick house plan almost briefly appears to be like a medical drawing of a heart with its’ pipes and bulging muscles, especially in Malik’s piece titled… “that which hems me round, and blots out my world, is the old void…”
Unfortunately feminism in art – in fact feminism in any field or career gets a bad reputation. We are all too quick to associate bra burning and vehement opposition to hair removal as the height of ‘contemporary’ feminist activities. It seems that artists who discuss feminism are blocked off in extremes as well – senior female artists are legacies and outspoken whereas younger artists are waved off as temperamental and full of angst. Malik’s work could be easily misinterpreted because the paintings include nude bodies and flickering flames but there is so much more to look at beyond those two specifics. Her digital prints such as ‘Finding Nowhere II’ and lithograph ‘The Absent Dweller (I)’ are snippets of the artists’ journey and her ability to mentally travel from one location to another – perhaps this can be a counter narrative to the confined four walls of the home which emphasize restrictive movement. These paintings with their crisp lines yet wavering colours and materials create a wholesome and original expression of feminism. The viewer at times feels as though we have just opened up a personal diary and although it is by no means our property we can’t help but gaze and nod fervently to everything the artist says or creates.