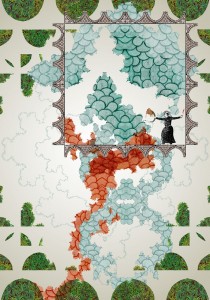 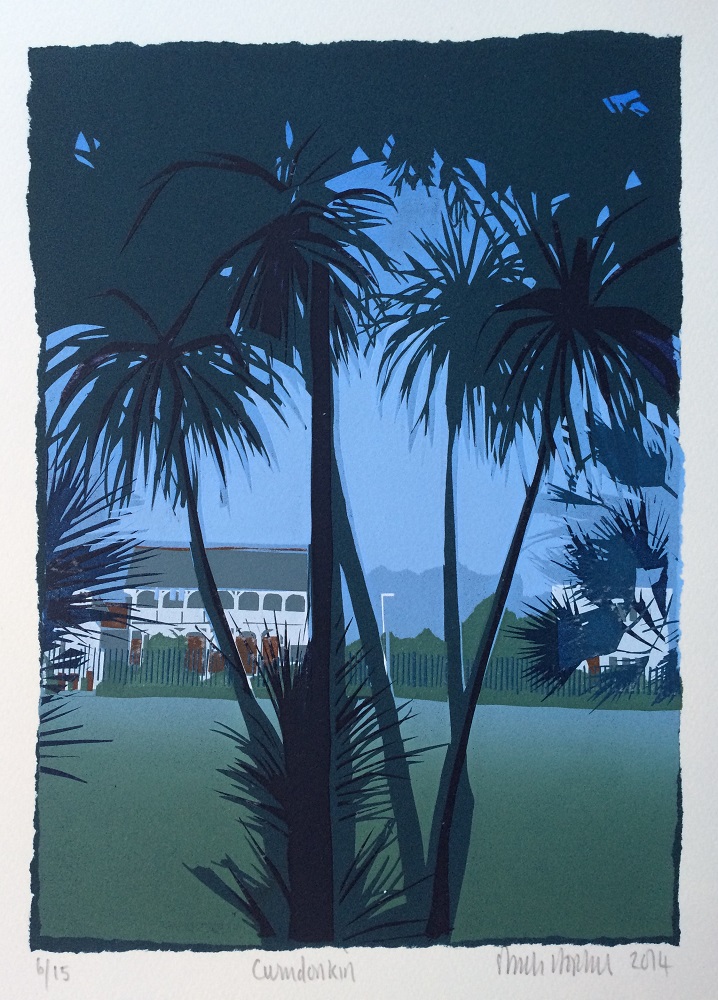 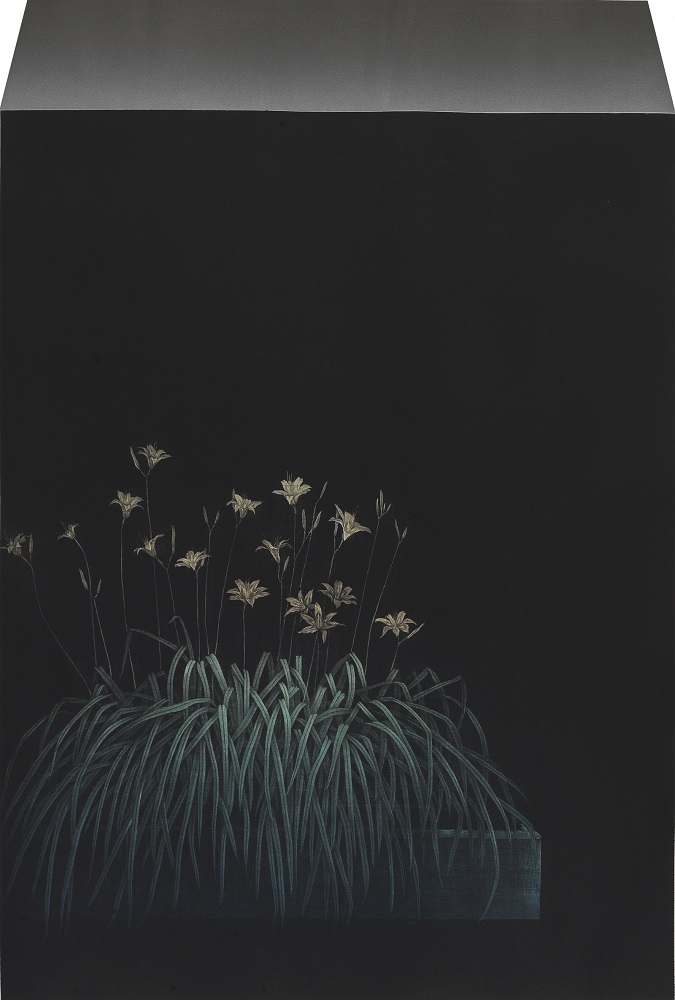 The show Sharing The Same Sky opened at Satrang Art Gallery, Islamabad on March 10th, 2016. The work of four printmakers; Atif Khan, Sarah Hopkins, Li Yanbo and Zaira Ahmed Zaka were put on display in an effort to bring together art forms from across regions into one space as well as appreciate the value of prints as a medium- prints that are often falsely accused of embodying lesser human effort and sensibility or a technique that is essentially for mass production.

However, the images put at display possess more human essence than seen in many carelessly produced handmade paintings. The spirit of the artist’s reside within the imagery thus questioning people’s hostility towards that which they consider as impersonal or disconnected from human emotion. The display proves that “Printmaking, like sex, is not solely about reproduction.” Sharing The Same Sky is an attempt to say it’s about time printmaking stops playing second fiddle to other techniques.

Numerous printing techniques are revealed within the collection. Khan’s digital Inkjet prints are images of the most green and lush flora accompanied by delightful dream-like clouds. Amidst this scenery reside the characters of the glorious past seen in a different capacity. The artist does not only reveal his love for nature but also shows an affinity for the country’s political past ; namely the reign of Mughal Emperors and the British Raj. Khan extracts several elements from Mughal Art where the Emperors standing amidst luscious fields and galloping horses were usual sights. The clouds illustrated are also inspired by the depiction of skies in Miniatures.

Khan does not portray the emperors as majestic and larger than life as seen through art in the past but instead depicts them in a rather humorous way.  The artist recreates the Mughal characters .They are seen as normal individuals engaging in simple activities such as using a DSLR camera, casually sitting around fishing or flying kites, which might not be suited to their royal stature. Khan’s subtle humour lightens up the mood questioning the seriousness we attach to these personalities, without causing any disrespect. Within this dream like setting Khan incorporates everyday visuals like electric poles and fish shaped balloons sold on road side, giving this unreal setting authenticity.

Zaka further reveals the magic of Ink Jet prints through her monochromatic palette. The simple nature of her work is enigmatic. Everyday objects are seen in a different light as even an image of a simple stack of papers excites the viewer.

The inanimate objects have strong character, assuming an almost human quality. The items could possibly describe an individual better then his/ her  portrait. Zaka’s images are like movie stills – the shorts where the camera pans over the items that crowd the room of an individual. The different aspects of the protagonist’s life are captured, the very things that introduce us to the character before the camera goes in for a close up of the face. Ahmed Zaka’s manipulation of ordinary settings makes one believe that there is beauty in everything around us.

Yanbo’s The Inacessible Meal baffles the viewer. There seems to be dynamism in the settings yet a silent stillness that hints at the end of all life. The artist’s subjects are full of life and vigour placed against dark empty backgrounds that strongly hint at annihilation. The artist ingenious use of a spotlight thrown upon the still lives bestow a royal or holy aspect upon them. Yanbo’s subjects possess within themselves anthropomorphic qualities, which perfectly represent the absent human form.

Similarly, Hopkins depicts a society equipped for life- yet there is not a single soul in the vicinity. The deserted structures assume a very eerie quality almost as if all life has been whipped out by an epidemic. Uplands assumes the most disturbing quality. The uniformity of the buildings, perfectly aligned trees and the intensely blue sky possess a great menacing quality. Hopkins’s landscapes do not make one want to frolic about within them;the beaches aren’t places to relax. The tremendous order and calm is unsettling and capable of instilling fear among viewers.

The artists love for the medium isn’t the sole reason that perfectly binds the show together, it is the feeling of alienation the works possess. Khan’s characters stand in mid air surrounded by the intricate rows of foliage as Li Yanbo objects lie against unrecognizable backdrops, completely disconnected with time and space. Zaka narrates the tale of the absent human figure as Sarah Hopkins’s landscapes bathe in the bright sunlight yet possess an ominous aura of a town abandoned.