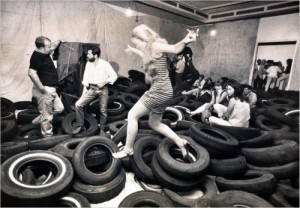 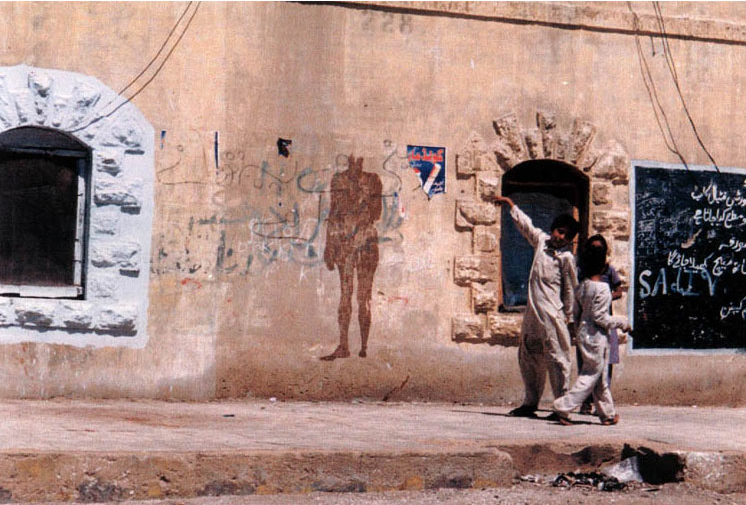 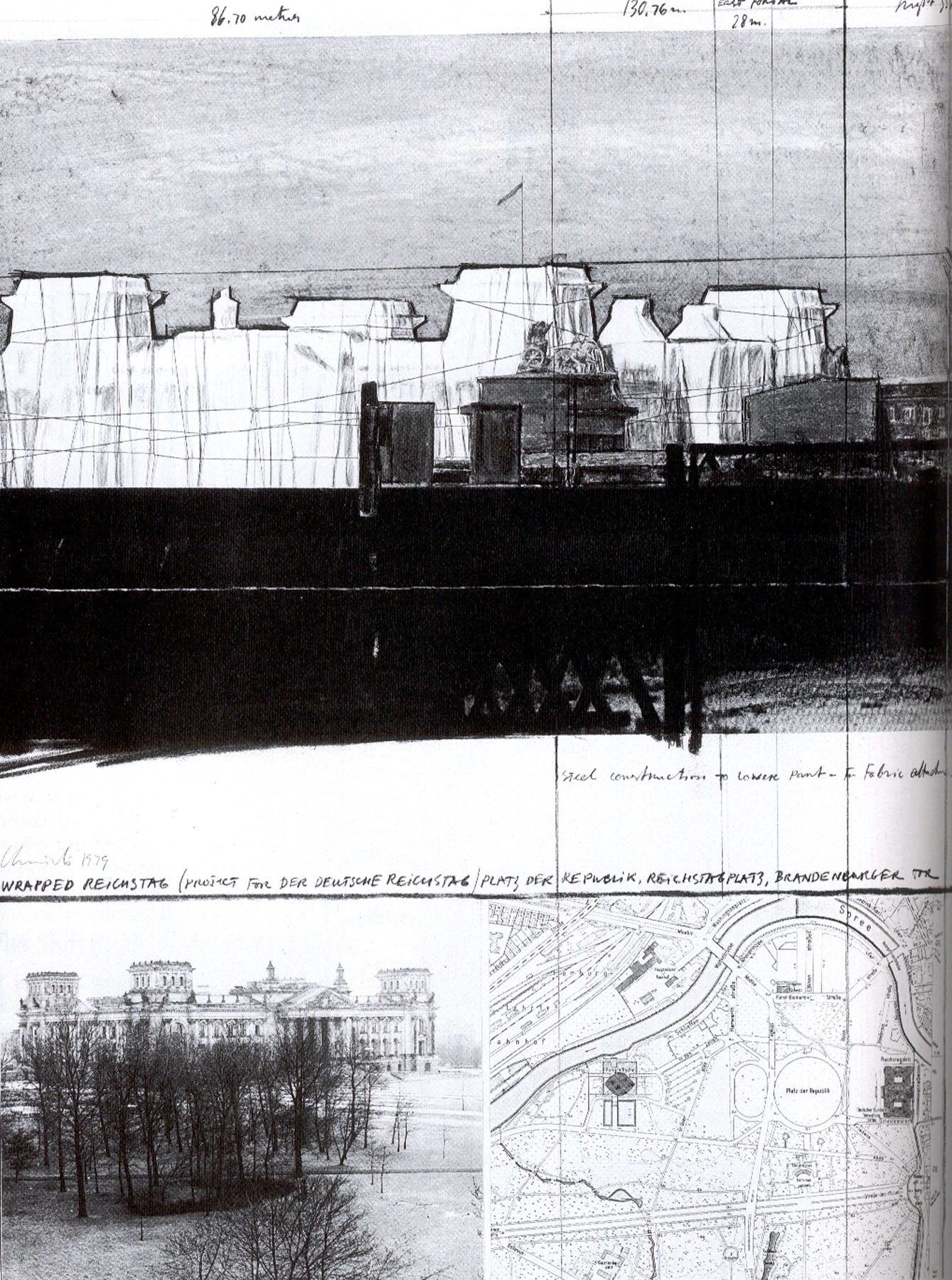 Shadows of The Box

In a contemporary art world, it is virtually impossible to hold a dialogue focusing on spaces for exhibiting/viewing art without the use of the word ‘alternative’. From the very beginning, the focus of alternative spaces for art has primarily been on the artist, versus the art object that is translated into a valued commodity in an increasingly commercialized art world; to subvert the concerns, implications and restrictions of more traditional spaces dedicated to art such as museums and galleries in order to allow for more fluid and flexible modes of production, exhibition and interaction. The very drive that necessitates the existence of such spaces, a need for a decentralization and democratization of the art world, necessarily points first and foremost to the failure of the institution.

While the problematics of a progressively commodified art market are distinctly identifiable and perhaps more easily relatable to at the level of a general public, a consideration of the institutional model is much more complex. In the essay On the Museum’s Ruins where he examines the museum paradigm and its discursive tendencies and practices from the modernist period through a postmodern transformative process to the present, Douglas Crimp leads us into the discussion through Adorno and his analysis of the contrary yet commensurate experience of Valéry and Proust at the Louvre. “The German word museal[museumlike]”, Adorno tells us, “has unpleasant overtones. It describes objects to which the observer no longer has a vital relationship and which are in the process of dying. They owe their preservation more to historical respect than to the needs of the present. Museum and mausoleum are connected by more than phonetic association. Museums are the family sepulchers of works of art.”[i]

Drawing on Donato’s essay on Flaubert[ii], Crimp speaks of the archaeological drive inherent to museums (and to art historians) through which history and knowledge are structured and regulated, stripping all autonomy from the work of art through its confining lens. Donato refers to this notion of the museum as an institution that is somehow able to represent a coherent and contained representational understanding of the world, through a (contradictory) process of the “spatial juxtaposition of fragments” as an utterly false projection, a “fiction”, or a kind of false archive, if one were to think in Foucauldian terms. For Foucault, this tendency of ordering, classifying and separating, of assigning linear narratives to a history that is never quite so fluid and undeviatingly sequential, is a practice in confinement deployed by institutions of power. It is upon this that his entire project is constructed, a replacement of such carceral systems of organized knowledge with ruptures and discontinuities that enable us to uncover that which is rendered invisible by mechanisms of power and governance.

Although Foucault rejected the postmodern label assigned to him, preferring instead to speak of his work as a critical history of modernity, the ruptures and discontinuities to which he refers are the very modes through which postmodern art proceeds to lay open the questions and issues related to the institutional archetype. While the ‘Happenings’ of the 1960s served to decentralize the space of art and modes of artistic production, privileging (instead of the art object) the spectator and the temporal nature of the work of art, its experience contingent upon the presence of the viewer in an immediate and specific place and time, it is also the means of their documentation, particularly photography that first served to destabilize the museum discursive. As a medium that allowed for artistic reproduction, indeed in its very reproducibility, photography challenged all notions of authenticity and originality – ‘origin’ and the ‘original’, notions held so dear to the heart of the archaeological enterprise central to the museum framework.

In 1936, Benjamin had already predicted the penetrating and far-reaching effect that photography would have on art, telling us, “that which withers in the age of mechanical reproduction is the aura of the work of art”[iii]. Six years prior, in his essay titled “Photography”, Kracauer had proclaimed that the photograph was wholly unable to “portray the knowledge of the original” but instead could only deliver a fractured and abstracted slice of time, which in fact could never contain the truth of the whole. For Benjamin however, despite the loss of this ‘aura’ (or in fact due to it in large part), the impact of photography and other reproducible mediums such as the printing press, would be radicalizing, a democratization of art through the effect of the work being removed from its privileged pedestal and made readily accessible to the masses. In the 1960s, Rauschenberg’s work would take up all of these issues through the increasing use of the photographic image and printing processes, challenging the very nature of painting through “techniques of reproduction”[iv]

The critique of institutions, particularly on concerns relating to the inherent specificity of designated architectural spaces, were addressed by sculptors, land artists and artistic practices such as Robert Smithson’s Spiral Jetty, the immense wrapping of architectural landmarks and structures by Christo and Jeanne Claude and the site specificity of Richard Serra’s monumental works in metal. By moving their practices out of the studio and institutionally assigned spaces into the public sphere, such works also exposed a larger public to processes that they would otherwise never encounter. Performance art, and later relational aesthetics, would raise this public awareness, understanding and experience of art even further.

From this point on to the present – where the world has moved in leaps and bounds down the road to digitization, where electronic media and information sharing systems have truly revolutionized and democratized a public access to entire systems of knowledge, be they current or historical – the examples of artists or artworks are as numerous as the electronic, mechanical and digital means of their production. However, this factor of a public understanding and experience of art is critical to consider if one is to bring the argument back home, so to speak. While it is crucial to understand this developmental history of the spaces that art has come to ‘occupy’ in order to be able to engage in relevant and global dialogues about art, it is also just as important to address the fact that its effects on either artistic practices or modes of production within this region are not as a consequence of lived experience.

In a country such as Pakistan, where governmental funding and support is insubstantial (if not verging on absent) ‘alternative’ spaces for art are created by the help of private individuals and artist collectives. The existence of these spaces arises as a compensation for, rather than a reaction against designated, institutional spaces, i.e. the most pertinent critique directed towards institutions for art in Pakistan would probably be that there are not enough of them. In order to enact an institutional critique, enough institutions must first exist that strive to and are able to sustain a consistent and effectual engagement with art, artists and a larger public. As they stand, most of those existing are unable to maintain any consistency in even basic operations and activities due to fluctuating support and patronage. In art school, we are taught to think outside the box. It is then of great significance to be able to engage in this mode of thinking; in a place where the box does not yet fully exist, all spaces become potential for alternatives. This is not to say that the pursuit of the existence of such institutions be abandoned, since their being is as vital as a critique of, and a move out of them.

Perhaps what is required then is a shift in the critical space, the space that is constructed around the thinking about art, a turn.[v] Irit Rogoff speaks of a move towards a deterritorialized space, reached through a process of “theoretical unraveling” in an era where “the old boundaries between making and theorising, historicizing and displaying have long been eroded.” A space that does not find its basis in old, learned modes of existence and of knowledge, but instead acknowledges that it must unlearn the old in order to uncover the new. And above all, perhaps, one that is relevant and truthful to itself.

Notes:
[i] Theodor W. Adorno, “Valéry Proust Museum”.
[ii] Eugenio Donato, “The Museum’s Furnace: Notes Towards a Contextual Reading of Bouvard and Pécuchet ”.
[iii] Walter Benjamin, “The Work of Art in the Age of Its Technological Reproduction”.
[iv] Douglas Crimp, “On the Museum’s Ruins”.
[v] In her discussion on the educational turn in curating, Irit Rogoff defines the term ‘turn’ as a “shift away from something or towards or around something, and it is we who are in movement, rather than it. Something is activated in us, perhaps even actualized, as we move.” (Irit Rogoff,  ‘The Educational Turn in Curating’, e flux Journal, Vol.1 Issue 1, 2008)