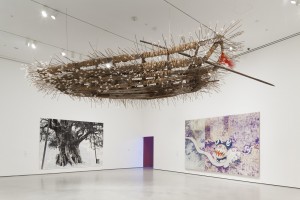 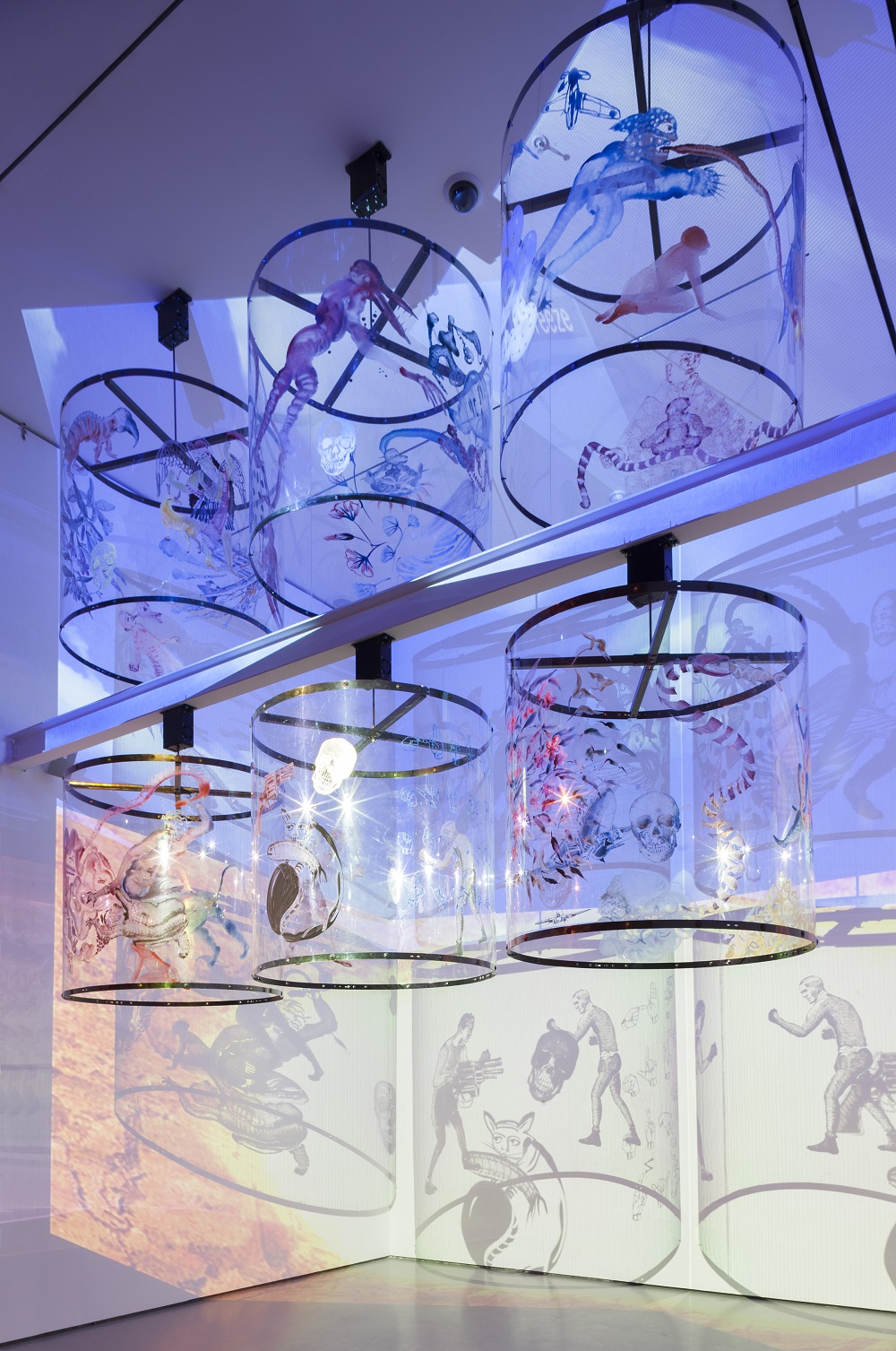 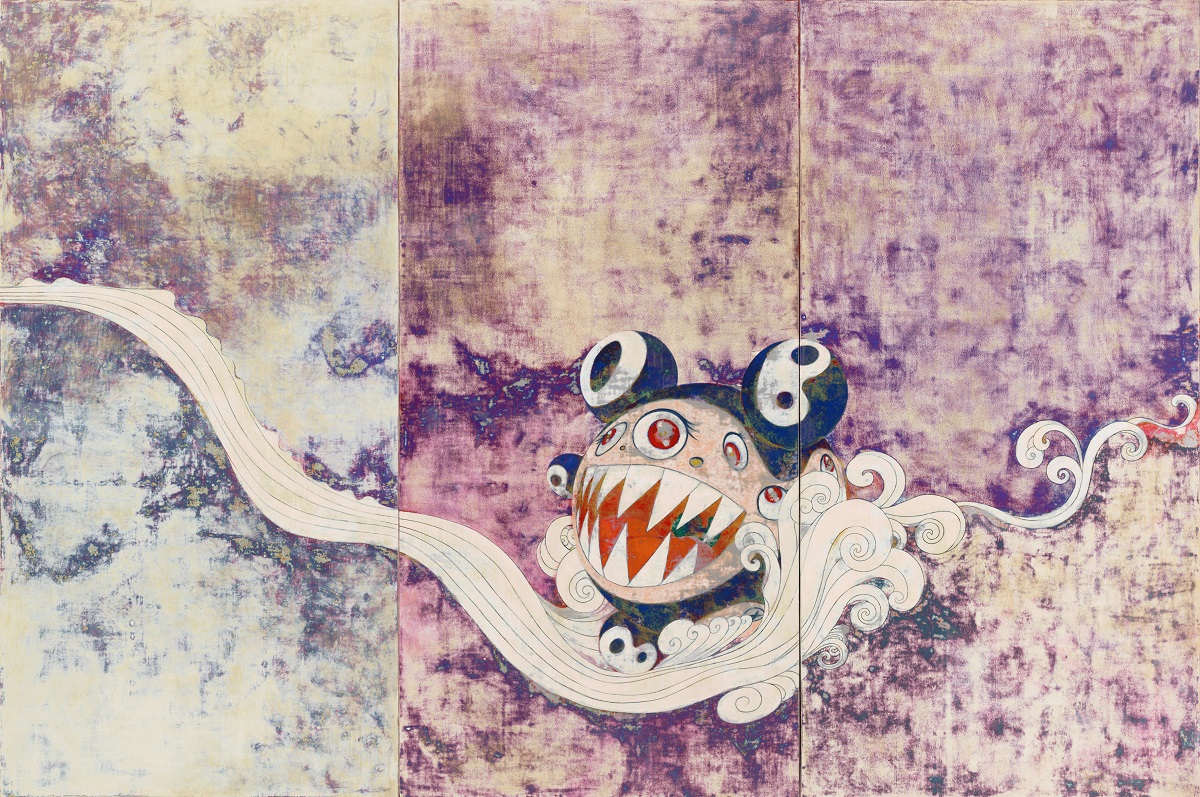 Scenes for a New Heritage

Bani Abidi, Seher Shah and Shahzia Sikander are currently featured in the Museum of Modern Art’s ‘Scenes for a New Heritage’, an extended exhibition rounding up recent acquisitions to the museum collection and striking out – as museums today must – into the global frontiers of contemporary art over the last three decades.

Not that it’s a competition, but Abidi’s, Shah’s and Sikander’s inclusion in this exhibition makes Pakistan one of the most prominent countries represented, equal only to Germany, Croatia and China and losing only to the US (inevitably), but beating India, Turkey, and pretty much every other country on the world map in terms of representation in this show, (not that it’s a competition, or indeed, a United Nations General Assembly). Beyond this being a proud moment for #pakistanart#MoMA#NYC Instagram tags and Facebook shares, it’s worth reviewing what this exhibition means and how it frames its delegates from Pakistan.

Beginning with a painting by Rirkrit Tiravanija that declares over a collage of Thai newspaper pages that “the days of this society is numbered” (2014), the exhibition’s introductory room also includes a series of paintings by Mladen Stilinovic The Exploitation of the Dead (1984-1990), that combine various Soviet visual cues including abrasive Communist red pigments and an abstract/constructivist aesthetic that takes us back to the early avant-garde works of Kazimir Malevich, Vladimir Tatlin and Aleksandr Rodchenko. With these introductory pieces the exhibition – as numerous others like it have – utilises the collapse of Communism, the expansion of neoliberal capitalism, and the apparent “end of history” after 1989 as a turning point and a new beginning. As so many curators and exhibitions like this love to tell us, it was at this very point in the late 1980s and early 1990s that the ‘global art world’ went BOOM and exploded its frontiers.

While this is a common and in many ways simplistic starting point for any exhibition that addresses global contemporary art, ‘Scenes for a New Heritage’ mostly does it well. As its tile suggests, this is an exhibition that looks backwards as much as it peers forward into an abyss of more internet, more globalisation, more war, more change, more of the good, and more of the bad. With this sense of past and the future stacking up, Shahzia Sikander’s large ink and gouache painting The Turban Field (2005) and Seher Shah’s print series The Black Star (2007) find company among works by Nalini Malani (India), Takashi Murakami (Japan), and Kerstin Bratsch (Germany) in a space that collects artists looking “through the lens of cultural and aesthetic tradition” and “investigating time-honoured methods.” In this context Sikander’s neo-miniature practice becomes the perfect example of an art that collects lessons of the past while speaking very much to the present and future.

Under this framework Sikander’s loosened style of miniature practice hangs beside a series of Seher Shah’s digital prints, and it is a great pairing. Both artists share a kind of ‘responsive abstraction’, seeming to build their images in layers and adding lines, forms, and colours speculatively and in response to the last mark laid down, be it digitally or manually. Both deploy icons of the Subcontinent, Sikander representing turbans and Shah layering Islamic and Mughal architectures with calligraphy and vintage print images. Sikander and Shah also make a compelling pair given that the careers of both are deeply bound to extended periods of residence and education in North America, a point that viewers without knowledge of these artists would miss, losing an important sense of the inter-national nature of their work.

Unfortunately this problem of cancelled geographic complexity in various artists’ careers ran throughout the exhibition and was exemplified by its wall texts, which rarely allowed artists to attach more than one country to their name and – as per MoMA policy, it seems – assigned national identity not through the noun form (Germany/Lebanon/Pakistan, for example), but rather through an adjectival grammar (German/Lebanese/Pakistani). Thus, rather than explaining where the artists may come from, have been or are now, these texts told us rather too bluntly who they are. To put “Pakistani” or “Lebanese” on a wall text as opposed to just “Pakistan” or “Lebanon” is to make a grammatical choice that carries a national value system and leaves little room for ambiguity or complexity in the crisscrossing of different national and cultural identities in the process of leading an artistic career.

Despite this snag the exhibition otherwise navigated the difficult line between cultural specificity and global generalisation sensitively. A case in point was the placement of Bani Abidi’s Security Barriers A-L prints, which found apposite company in a room focussing on the rapid expansion of urban centres over recent decades. Inevitably, there was much darkness in this room, the murkier edges of megacities unfolding in works representing unequal legal and penal systems, dodgy businesses, and decrepit monuments to broken governments. In this context, Karachi’s concrete and steel security barriers fit perfectly. Furthermore, Abidi’s representation of Karachi was here able to detach itself from Pakistan and all the infuriatingly clichéd images that Pakistan carries in the global imagination, (bombs, burqas, AK47s, etc.), in order to become one among hundreds of global cities in distress. It became a space of pragmatic, physical and even mundane urban struggle, straining under the weight of nervous embassies, fragile airports, high-profile residencies, and all that could go wrong in the anxious space of a dense and massed population.

Like MoMA, Tate Modern has been expanding the scope of its collection displays of late, rehanging its extensive collections galleries and moving historically overlooked artists to the front and centre. (Mostly) gone are the Jackson Pollocks, Donald Judds and Auguste Rodins, replaced by armfuls of artists from Eastern Europe, Latin America, Africa, Asia and even Western Europe and North America that have fallen through cracks both large and small over the last century. This was a bold move that I doubt MoMA would ever make with such commitment. With its unyielding and institutionally powerful Monet-Picasso-Matisse-Pollock anchor that the rest of the institution must dance around, it is improbable that MoMA would ever kick out as many of its big boys as Tate has recently in order to make space (both literal and figurative) for an expanded representation of recent art history.

On the other hand, despite its noble, revisionist, and academic intentions, the rehang at Tate is also rather boring, as if adding marginalised artists into the art historical canon must render it grey, serious, politically sombre, and joyless. It doesn’t have to be so, and while ‘Scenes for a New Heritage’ shows us this, it does lean a little far in the opposite direction, allowing for notes of conflict and darkness but remaining rather bright and brash, and lacking the scholarly complexities that Tate has invested in its display. Unfortunately ‘Scenes for a New Heritage’ also relies rather too much on themes that mega-exhibitions and biennales world-over have been playing on repeat for at least the last decade. Globalism, the networked circulation of images, urban life, shifts in our sense of historical time, capitalism in the wake of Communism, etc., are well-worn curatorial paths that this exhibition mostly re-treads.

‘Scenes for a New Heritage’ glows not with the strength of interesting curating but rather its interesting art. The fact that three Pakistani artists feature so prominently here is not something to be scoffed at. And now that these works are part of the MoMA collection, they will no doubt return to the museum’s walls at some point in the future. We may have to wait a long time for those days to arrive, but in the interim much will change in terms of how museums navigate art like this. They will get better at it. The work will lose its current veneer of newness and globalised hipness, accumulating new forms of weight, value and ‘heritage’ as the years pass. And in time we’ll be able to see it all a little clearer, and a little cleverer. Those are the days to look forward to.