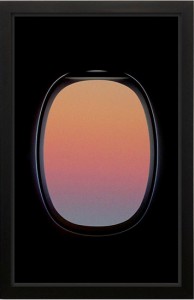 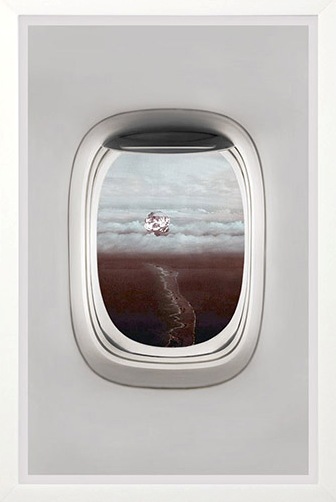 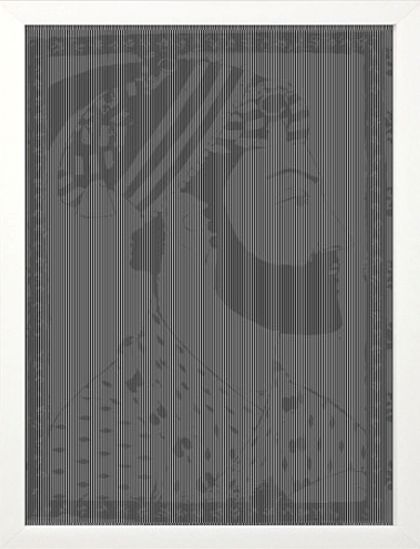 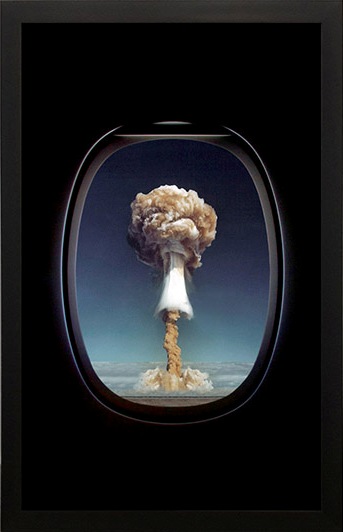 When one looks at a work of art, one ascribes meaning to it that stems from an experience of the world, as well as understanding of it. Hence, not only does the artwork become subjective and carry, in its entirety, the collective meaning of the hundreds of people viewing it in a certain way, but also conversely carries the paradox that it is, though interpreted differently by different people, one visual after all.

I suppose paradoxes exist everywhere. Where there is life, there is death; where there is truth, there is falsehood. Perhaps Sindhi Sufi scholar Shah Abdul Latif Bhittai understood this notion best, when he stated, “Without form, it can never be known. Within form, it can never be found”. And this tumultuous relationship between form and the formless, real and ‘real-looking’, text and image are a few of artist Sajjad Ahmed’s concerns that he chose to address at his recent solo show at Canvas Gallery, titled ‘Deeply Superficial’.

With a series of twelve digital prints on display, Ahmed continues his quest for the acknowledgement, if not understanding, of the many dichotomies of life. A graduate of Beaconhouse National University, his macro concern has always been the practice and understanding of form, for which he uses two-dimensional surfaces. For Ahmed, content is secondary where aesthetics may take over, and it is form that serves as the ‘glue’ for his work. This form is derived from, simply, what interests him.

Ahmed indeed thinks deeply about his work as ascertained during our conversation. However, his work does not display complicated visuals; they are easily readable and simple. Not only is form their linking factor, but so are the titles each well thought-out and relevant. The Science Philosophy Religion (VI, VII and VIII) series depicted, via archival print on inkjet paper, three different views of the outside world from the window of an aircraft. One perhaps experiences this view often, but does not give much thought to it. However, for the traveller, it is the window to the outside world as he crosses huge spans of earth in just a few hours and traverses time zones. To Ahmed, this is a metaphor for globalization.

In this series, looking out of the window, what appears either a surreal view of the sky at dusk in three brilliant colours (each symbolising science, philosophy and religion), or a mushroom cloud (symbolising nuclear destruction, yet looking beautiful from afar). We see multiplicities here, and an ideological war. Where there is globalization, there is destruction. This destruction is also brought about when science, philosophy and religion are misused and taken to the extreme. And while science is factual and empirical and a far cry from the theoretical nature of philosophical and religious beliefs, Ahmed feels the boundaries have blurred greatly, where all three are conquering each other. What’s more, we have been reduced to mere spectators as we look on from our ‘windows’ as these changes take place; we are removed even more so as we view this frame within a frame (i.e. the airplane window from the frame of the artwork itself).

In the Being and Nothingness series I, II, III, IV and V (with the title borrowed from Jean Paul Sartre’s book of the same name), Ahmed explores various visuals. While IV and V study the airplane window (as a homage to Mark Rothko’s paintings), I and III depict a blue cloudy sky and rainbow, respectively. While the visuals are enticing, their near-perfection is marred by a plethora of strips imposed on them that are unreadable. Why was this so? Ahmed explained that, by using sections of similar visuals from the same skyscapes to create a break in the image, he aimed to display the paradox of representation and abstraction on the same surface. In art history, however, both have been treated differently as different styles/movements.

Then comes Ahmed’s tryst with text. Utopia and Being and Nothingness II display bold text with the same words staring down at the viewer. However, seen up-close, the text is nothing but vertical lines of slightly varying widths put together meticulously by the artist. According to him, “the relationship between words and images is never settled. It is complex the way meaning is constructed out of text and understood through images. The superfluity of words and images, in the realm of today’s world, substantiate the current times as times of ‘being and nothingness’”. The artist feels that while text and image are visually different, they are made of an array of similar lines and the experience of seeing both is similar in his works. He questions the idea of Utopia, or a perfect world, as well as what ‘being’ really is. Perhaps these notions are ultimately based on perception.

Finally, in his Tradition is the Illusion of Permanence series, Ahmed explores references from art history, as he has been doing so previously in his works. Similar to the text-based works, Michelangelo’s David and Shah Jahan’s Mughal portrait can be seen from afar, but up-close, they appear to be a mesh of lines. About the title (a Woody Allen quote), Ahmed says: “Traditions are conceived as permanent with the passage of time, whereas each present and current moment is an origin point for a new tradition when seen in retrospect from the future. Hence, traditions are always changing, and an illusionary idea of permanence exists.” The illusions present in his works have a mirage-like quality. Like history, with passage of time his work will be interpreted differently. Hence, the question remains: does permanence really exist?

Overall, Ahmed’s pieces carry heavy meaning as well as a sense of detachment. It is as if his subjects are looked at from afar: whether through an airplane window up high, at a Mughal portrait from the eyes of a commoner, years later, or an explosion as seen from the news. This is because the artist endeavours to give a democratic, unbiased approach and leaves them open to interpretation. Ahmed also realises that while popular culture and globalisation have brought the world closer together, they have also created distances and differences amongst people. In the end, the paradox remains.

Shanzay Subzwari is an artist and writer based in Karachi. She tweets @shazaysubzwari