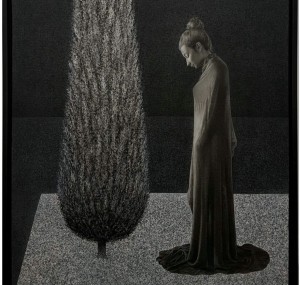 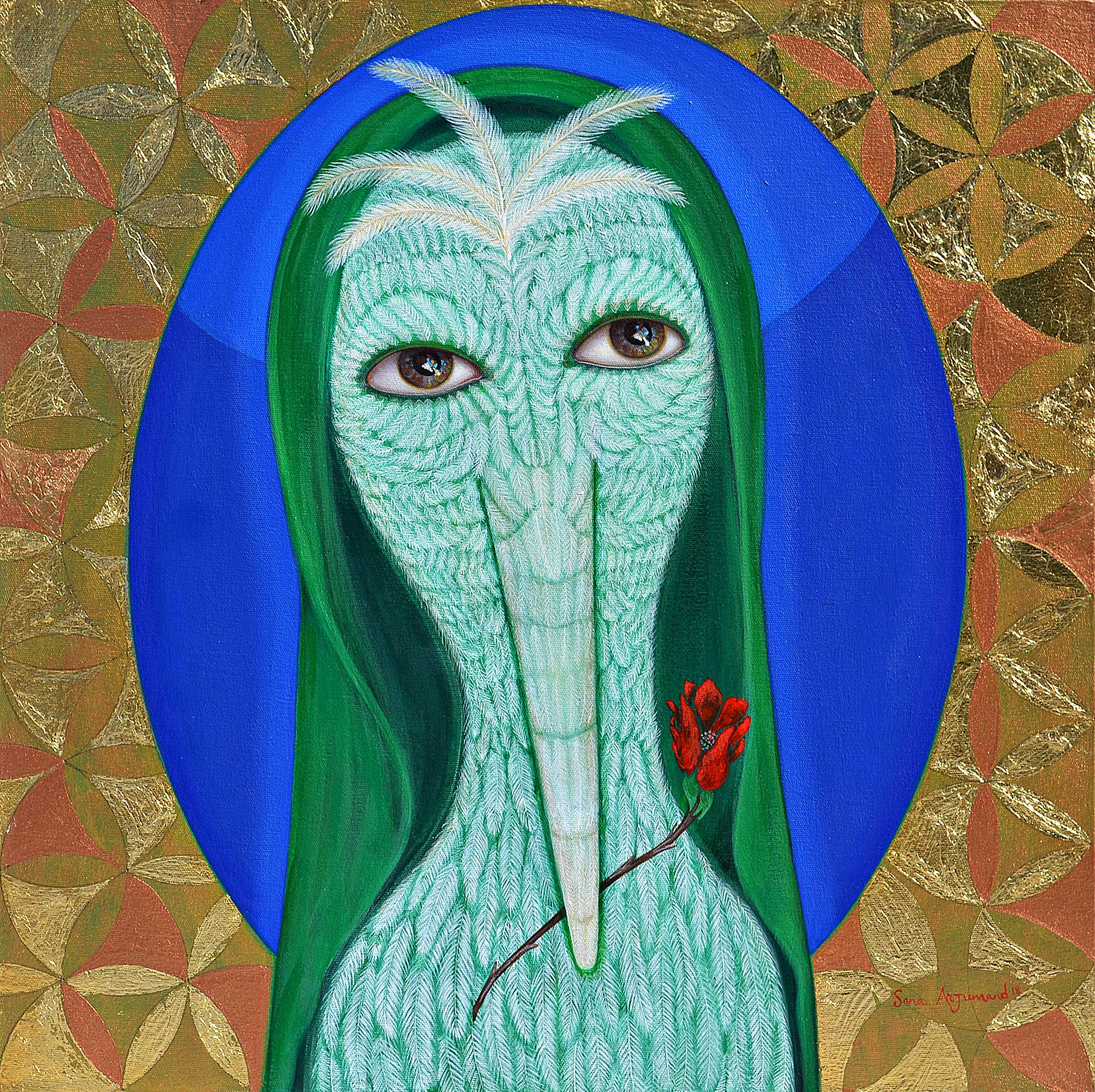 “Sacred” is a rather subjective term. This egocentric phenomenon is explored in the show The Sacred? where we are faced with diverse interpretations of the word as it assumes different forms, shapes or even colour. The exhibit displays as well as questions the perceptions of what can be considered as sanctified.

The group show running from 25th May to 11th June,2018 , consists of the work of some of the most renowned names in contemporary Pakistani Art; namely R.M Naeem, Ali Kazim, Mohammad Zeeshan, Ghulam Mohammad , Ayaz Jokhio, Sana Arjumand, Salman Toor, Mudassar Manzoor and Adeel Uz Zafar. In the holy month of Ramadan, when all galleries push towards adorning the walls with non representational Arts or Calligraphy to reinforce their Muslim Identity, O Art Space undertook the commendable task of promoting an open idea of the sacred.

The concept has been conceived in a no of ways ranging from search for authenticity of books and scriptures through non representational forms to popular representational forms of heavenly creatures such as the buraq to the sanctity of one’s work space. Therefore, since each interpretation is so personal so idiosyncratic, did not lead to the embrace of all artworks by a single viewer, but in fact, it strongly supported the spirit upon which the show was structured.

Ghulam Muhammad believes “Silence is Sacred” which is interestingly transformed into a very active and loquacious image upon his Wasli. Despite the small scale of the work and its placement next to Mudassar Manzoor large frame, the image remained impactful in an uncompromising way where the choice of a transparent frame also proved instrumental in reducing distractions.

Mudassar Manzoor take on the term Sacred rather conventional with a man on his knees, assuming a state of submission, surrounded by an empty enigmatic misty backdrop and ethereal presence of water lilies, was still effective in creating a sense of celestial bliss across with the meticulously executed imagery. His work came across as a beautiful picture of the cultural and spiritual hybridism extant upon Pakistani soil over years.

Jokhio’s miniature encased in 22 Karat Gold reminds one of the age old practices of using the material to represent the divine, more specifically the Egyptian practice of Gold plating a Pharaohs resting place. The timelessness of the material aptly signified the elevated and the holy, a certain entity that itself is eternal. Similarily, Jokhio juxtaposes the timelessness of the Art piece against the image of death giving a sense of an ongoing affair or afterlife. Moving beyond the initial impact of the material in use, the intricacy of the piece requires a viewer’s undivided attention; a meditation of sorts.

Arjumand’s painting with its use of gold leaf also resonates with the more conventional use of the metal in altar pieces or religious iconography. Standing in the forefront a hybrid creature, with the demeanor of a human and the appearance of a bird, becomes an identity the viewer respects as well as fears. The classic geometry, representing the infinite in Islamic Art history while the figure wears a veil in a typical Christian manner, creates an interesting fusion, adding multiple narratives to the visual.

The piece holding the most allure , Salman Toor’s Humiliated Ancestor #1 was perhaps the most relatable because of its representation of the unexceptional or mundane nature of everyday life in an extraordinary light. The nature of the Toor’s work resonates with the “desi” within each of us. His unassuming imagery makes no large promises but simply adds hints of magic to the scenes of the everyday.

The artists represent their own disparate interpretations of the theme at hand, which on the first look could look more like a fragmented narrative. However, spending time with the works would reveal how they can easily be tied into a cohesive body of work, where each idea is explored and resolved through manipulation of form and material to attain clarity and a greater understanding of one’s thoughts, consequently becoming a revelation.