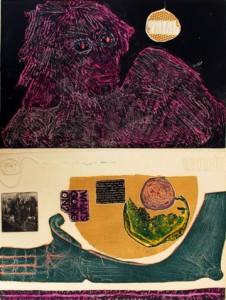 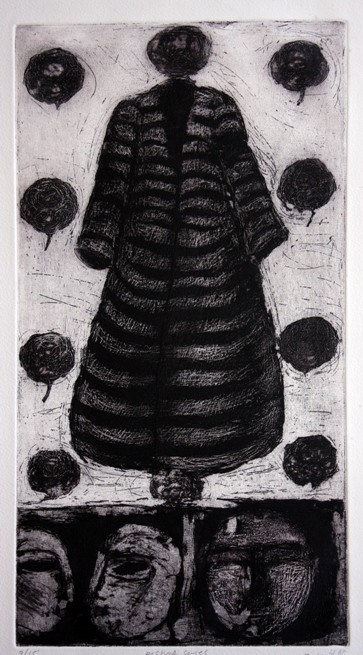 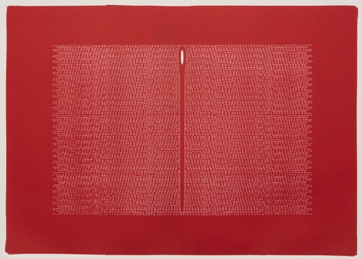 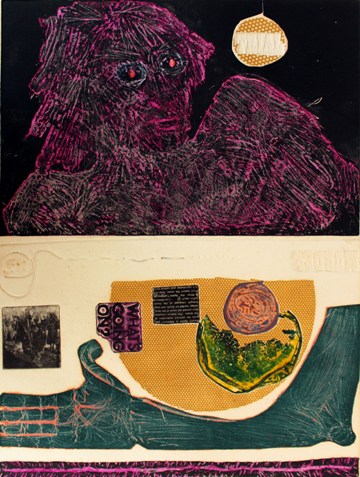 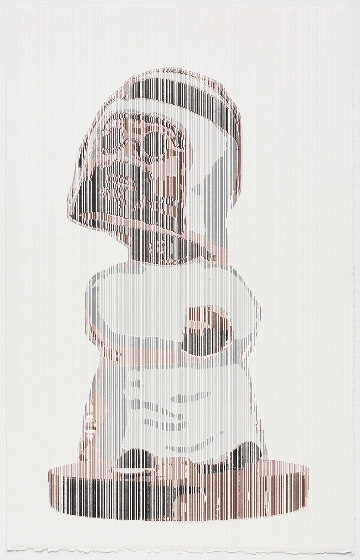 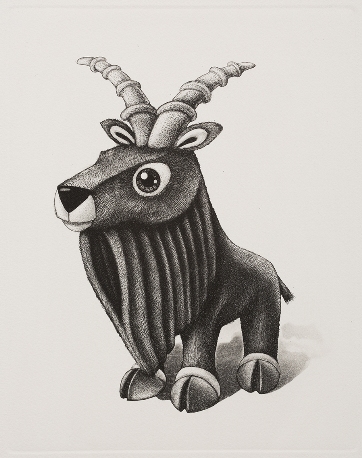 Ben Rak is an artist of diaspora, educator and independent curator who works and lives in Sydney. His work is about negotiating his Jewish identity in a hybrid Australian culture and creating “previously untenable links with cultures other than my own, such as China, Pakistan and Japan, through collaborations and friendships. My art practice has reached a point where global narratives, identities and connections are woven into my own, and vice versa”, he says. Rak, as an art educator, has collaborated with a number of international schools on similar yet very dynamic art projects. Both Michael and Ben already have an extensive collaborative repertoire with Asia, particularly China and Pakistan and this series of events further consolidate their work ties with Pakistan.
Roohi S. Ahmed, a multi-disciplinary artist from Karachi, articulates her association and experiential journey of living in Australia through repetitive, linear, stitches. She subtly expresses “ruptured marks generated through unsaid thoughts and feelings… [t]he marks are not what they seem to be and cannot be read, making the work encrypted invitations, where one must dip into their own cache of signs and symbols to decode them”.
Adeel-uz-Zafar’s iconic etchings of soft baby toy animals wrapped in gauze represent beings that are mutated and seem to be transforming into wounds and “creatures with added appendages”. These bandaged creatures who appear to be swallowing each other, Adeel believes, could read very differently between the East and the West at various aesthetic, religious, social and political levels.
Semblance of Order is an exquisite collection of etchings and silkscreen prints that thrive on shared experiences of looking – and of semblance. As arbitrators and translators of their respective cultures, the artists, through their works, reveal a yearning for a kind of order. Collectively their works sway between creating and breaking of repetitive forms and grids.
Following Koel Gallery’s event, Fantasy Asia had its opening reception at IVS Gallery, Karachi, the next day. The project is an international box- print portfolio exchange with the printmaking students and faculty of Indus Valley School of Art and Architecture (IVS), Karachi and UNSW (University of New South Wales), Art and Design (formerly COFA), Sydney. It culminates in the form of two exhibitions of the artist’s proofs (A/P) at the two institutions, respectively.
Conceived and curated by Ben Rak and Rabeya Jalil and co-coordinated by Ben Rak (Australia) Rabeya Jalil, Nurayah Sheikh Nabi and Saba Iqbal (Pakistan), the exchange – the first of its kind at IVS – aims to extend academic connections with art schools globally, expose students to a broader approach to printmaking and facilitate them to work in collaboration with their tutors. There are 10 participants from each school (IVS in Karachi and UNSW Art and Design in Sydney), including students and faculty members. Every artist, at the end, receives a set of 20 prints from all the participants.
Fantasy Asia tends to reflect on the celebration, festivity and curiosity of living, adapting and transitioning from one culture to another, particularly that of South-Asia and Asia Pacific. In a way, the artists and thinkers are also the city’s outsiders; they see and analyze their environment with skepticism as they distance themselves from it. More so, they are extremely sensitive and privy to their intimate spaces – and spaces that they are invited to be a part of – and tend to engage with their immediate surrounding very critically. They sway between multiple roles; cultivating outside perspectives for the insiders and creating inside perspectives for the non-natives. Such regional and cultural collaborations reduce meta-physical and physical distances. They create a kind of domino effect or butterfly effect in non-linear structures where sensitive inter-activities, through the arts, lead to enduring connections that transcend ethnicity, religion, boundaries and politics.
A grounded printmaking practice requires acuity and critical vision; it is mathematical and process-oriented, and thrives on an intense engagement with one’s mind, body and soul. Despite the intervention of new media and digital technology, the discipline remains exclusive, rich and irreplaceable and this series of events further contextualizes its robust presence in the Visual Arts. The viewing experience, at least for the Printmakers, was liberating and festive. Maybe its time – to take out your stored rusted zinc plates, charbonnel inks and brayers from under your beds – time to perhaps pull out some more prints. You still have genuine patrons – plenty of admirers and a good lot of intelligent buyers!
Rabeya Jalil is a visual artist and art educator who is currently affiliated with the Fine Art Department at the Indus Valley School of Art and Architecture, Karachi, Pakistan.