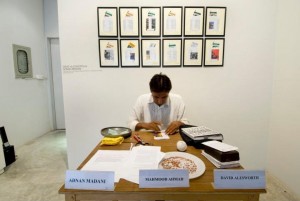 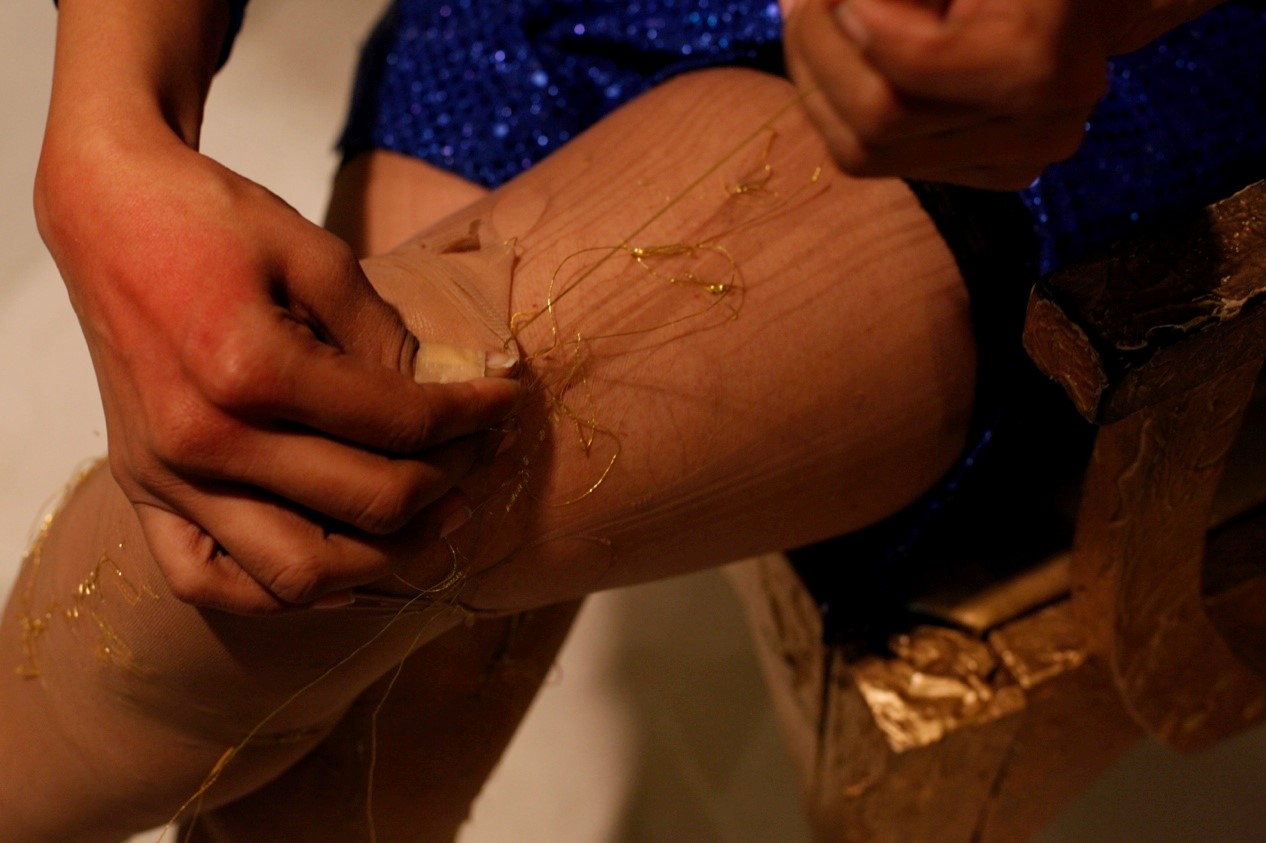 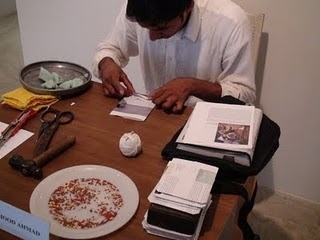 On Performing: Re-telling of two moments

—–
This essay is meant as a reflective text that aims to pull the reader back in the recent past and re-engage with two seemingly random moments in contemporary art practice in Pakistan. Each is important in the small but significant mark it makes: one in challenging the authoritarian construction of art history; and the other in working through a relatively unchartered realm for both local artists and audiences. The essay is written in realisation that these are not isolated events, neither are they the first of their kind. The selection, then, has been made purely on the basis of narrative flow and to see the varying products of performance projects, and enjoying how the differences are propelled by the two practitioners’ personal experiences, exposure and line of enquiry.