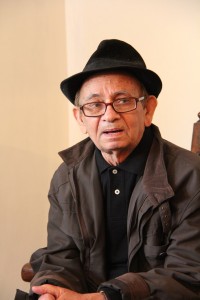 Humans have always had a fascination with animals. Animals have power, bring us closer to nature and inspire us to express something that would otherwise remain hidden inside. Perhaps, as Franklin[1] writes, it is because humans view animals as victims of a “destructive, pestilent species, mad and out of control” or, maybe, it is as Haraway[2] suggests: animals allow “people [to] reaffirm many of their beliefs about each other and about what kind of planet the earth can be by telling each other what they think they are seeing as they watch [them].”

Possibly, though, it is that animals provide a window into something more powerful than what humans can understand. There is mysticism about them, the idea that there is a power hidden just under the surface; animals allow humans to imbue onto them things that we are unable to say, things that we wish for, or things that we feel. Animals allow us a means of declaration of our deeper, darker wants and desires; they provide an outlet of expression for things that would otherwise remain hidden.

This fascination with animals has been evident in human culture, to varying degrees, for millennia. The stories of many ancient, and disparate, peoples are full of animals with human traits, humans with animal traits, and strange, fascinating amalgamations of the two. Some of the earliest human-made figurines are of women and animals together and early paintings are comprised of complex imagery of animals and humans[3] — even modern buildings are designed with lions guarding grand front entrances and gargoyles spraying water from the rooftops.

I met Tassaduq Sohail to talk about the recurring animal imagery in his work, and below is what he had to say:

“Science agrees that we, humans, have evolved from animals, that we are all animals, and that we are one of them. Most fail to agree, and say that we humans are superior. That superiority negates the instinctual, but, at the same time, we partake in things that are beyond the realms of animal behaviour. All of this is a facade that humans maintain to come out on top. However, intelligent human beings have never refuted any claims of us having evolved from animals. The same used to happen during Cleopatra’s time — people were encouraged to embrace the animal within and this was the norm. There are hundreds of books in the British Museum and in the libraries, and anyone can go and look into this subject matter and become privy to what has been written about humans evolving from, becoming and embodying animals.

Back in the day, these practices were accepted and perhaps even encouraged. I think that primordial human behaviour, which is aligned with animals, will resurface again — it has been a long [time] coming. According to an article recently published in Dawn, a hundred and fifty years from now, we will be at the same period again, much like how it was during Cleopatra’s period. All the rules that govern human behaviour will disappear, and this will primarily happen because we are not where we are supposed to be. We have to go there first, because that was the real period — and that period was pure — but a couple of centuries ago, the ruling class decided that this kind of animal behaviour in humans was wrong, and it was something that had to be controlled. That said, there’s no proof of this kind of behaviour being wrong. And I feel that human beings will benefit from going back to how they were. Currently there are substances that humans can take which can bring them closer to how animals behave. So, basically, we are already there. They just do not like to say it.

I have always been fascinated with animals — cats, dogs, and chickens. It grew from there. I am near animals, or I understand them more, compared to human beings. I have a difficult time with human beings, I do not understand them; they react differently and more often than not, in an entirely wrong way. But I understand animals. For the last forty years or so, I have been feeding kites all over the world. I have fed them here, in my balcony. The kites would come and grab the meat from my hands. Animals, people say, do not have much sense to make sure that humans are not harmed. However, not once was I harmed during the process of feeding the birds, not a single scratch. They would come in full speed to grab the meat from my hands, and that to a layman would suggest that the birds are not in control, but they are always in control.

The same cannot be said about human beings, of course. That is the reason why I made a decision to live alone, and not interact with humans unless absolutely necessary, which has worked out to my advantage in the long run. If you are able to live in isolation, it will give you a hundred times more than sitting or interacting with many people. Like monks, I have learned to relish and perhaps even enjoy the isolated life that I have made for myself.

In England, I used to get up at 1 a.m., normally referred to as the witching hour, and people would ask me how I dealt with loneliness, and why my paintings were unlike anything they had ever seen. My work, people say, is different. It does not rely on repetition of ideas, and they ask me how I do it. I tell them that when I wake up, everyone else is sleeping, and I get whatever I ask for. All the living beings that fly that late in the night are witches, and when they see light coming from windows in the dark sky, they throw in ideas while flying by those windows. I think that I catch those ideas, paint them, and that is why my work is different. That is how it is, and still is. I still do it. I never know what I am going to do, or paint, and that is why I do not draw before I start painting. I just start and it comes to me; in a way it is also like collaborating with the subconscious and chance. I enjoy it. It grows through the palette knife, and goes into people’s minds — and maybe that is why people enjoy my paintings.

One engages with animals on my canvases according to their own intellect. It is even better if one looks beyond the obvious, and find different things to engage with. In all honesty, I do not know what people make of animals in my work. I make them according to my sensibilities; I carve out what I see; the rest is up to the person who is looking at the work.”

*The text above has not been edited; it has been transcribed with utmost fidelity.

In this way, animals allow humans to dismiss and accept what otherwise would be dangerous. Animals provide comfort to the sick and the dying, they provide protection and warmth when we are in trouble, and they provide a means of progress, however unacknowledged and slow, of the moral fabric in which our societies exist and interact.

Animals provide an expression of emotions and morality that is more easily accepted. Infusion of human emotion onto animals allows a communication between groups and excuses behaviours, thoughts and feelings. We honour animals, and their contribution to our lives by providing homes, shelter and care to them. Projection of emotions and morality onto animals has long been part of our culture; as we get more intertwined and complicated, animals allow us respite from that which we are unable or unwilling to accept. They allow us to fantasise, they allow us to explore and they allow us to hope. Human fascination with animals will not cease; for fascination provides a necessary and required outlet for that lust which smoulders inside us all. Maybe animals allow us not only to reaffirm our beliefs about each other, but to reaffirm our beliefs about ourselves.