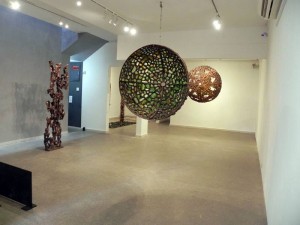 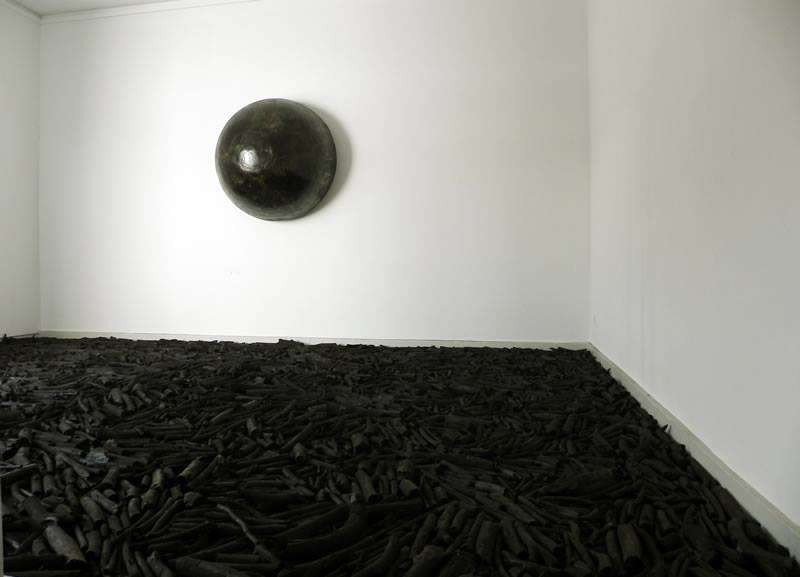 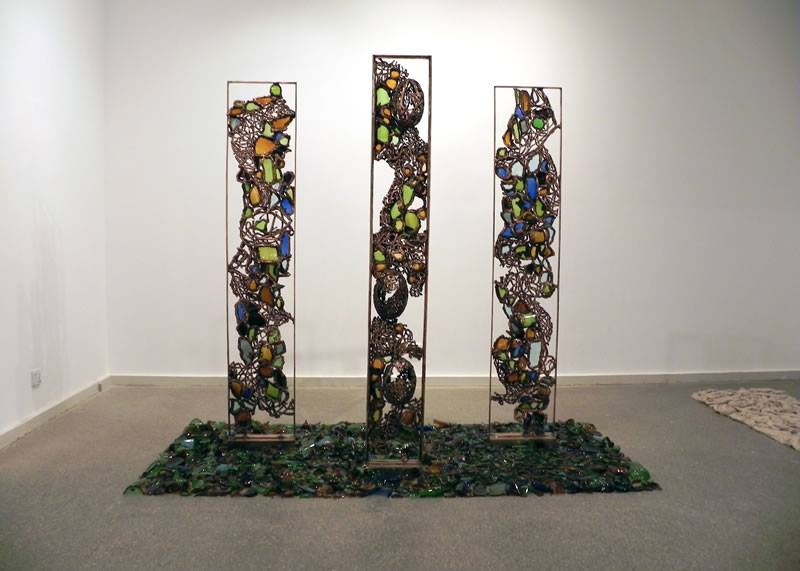 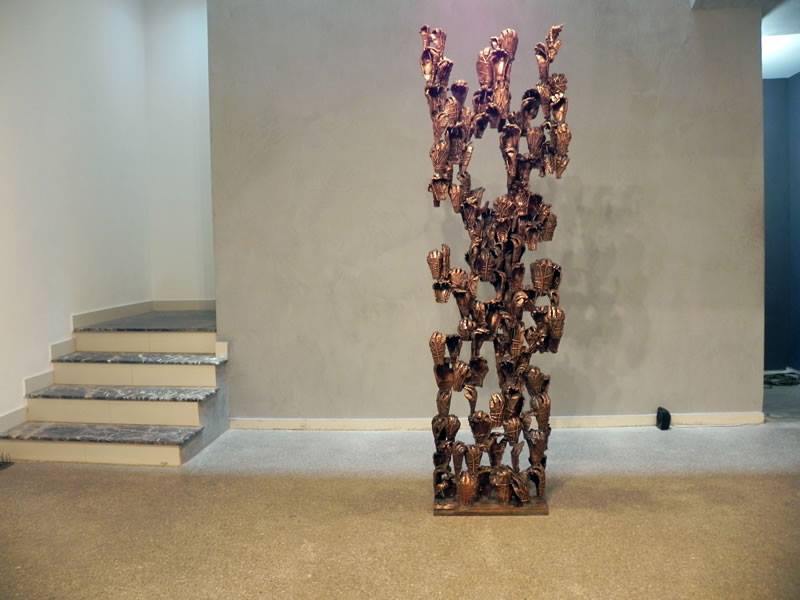 Please remember: things are not what they seem

“Please remember, things are not what they seem,” he says. “After you do something like that, the everyday look of things might seem to change a little.”

Viewing Amin Gulgee’s new work was a similar experience. Drawing from his inspiration (1Q84), the work seems to shift and change. This is not just a comment on medium (performance and objects) but on the very essence of perception and meaning.

Washed Upon the Shore is Gulgee’s latest work to date. Walking into the ambitious exhibit, the surreal nature of the objects and performances forces one to question notions of reality. In this, like Murakami, Gulgee is successful beyond all doubt. Perhaps that is why reviewing his work is such a daunting task. Gulgee’s visual vocabulary has an intense and complex aesthetic. Yet, the performances and objects are tied together in a way that works seamlessly to weave a narrative that is surreal and extraordinary.

The show itself was curated beautifully (by the inimitable Zarmeene Shah), with large gleaming objects framed by performances that were responding to the objects. The performances were all ritualistic, thus making them quiet and intimate – even within the public space. The objects were somehow the same. They performed their own rituals; their own stories.

The image that struck me the most was that of The Third Moon, in its entire tarnished splendor, while a body writhed on coal before it, marked by all the darkness. This is a powerful image; romantic without being sentimental. The moon performs with the body. As the body is marked by the coal, the moon is marked by oxidization. The body clothed in white becomes sooty and the moon (perhaps once silver) becomes black. They reflect each other’s melancholy.

In fact, all the objects on display were performative. The moons, the eggs and the panels – they all perform strange narratives. This is perhaps what ties all the work together; the performing bodies and objects on display, complicating borders, surfaces, embodiment, and boundaries and so indexing performativity. This also makes the objects move from one context into another.

The glass within the Amber and Green Moons, fused with the metal, change as you view them from both sides. One moon can be viewed from openings within the other. This makes them strange twins, dangling from the ceiling and offering their mysterious stories. In a way, they speak to each other as they mirror each other in form and scale. Thus the Third Moon becomes even more apparent, even though it is placed in a separate space. One is reminded of its dark opacity as opposed to these glistening moons.

The Garden triptych performs a landscape rife with similar contrasts. The metal and glass are two opposites, each shaping the other. In the form itself, beauty draws a parallel with the grotesque. This can also be read like Murakami’s parallel worlds. Regarding this critically, we have always suspected another world under the tangible world imposed on us. These pieces bring to mind that which might lurk under our imposed reality. The Garden implies that almost medieval interest in the horror of the grotesque masked by beautiful imagery.

The Empty Eggs are also grotesquely beautiful. They induce a kind of apprehension but relieve that tension by being permeable. They are hollow and you can view the space within through the openings but the sense of the unknown prevails. There is a stark beauty to such imagery that can only be read as cracks through the world – again implying that another world may lurk in those spaces. And that world might be nothing that we understand entirely, but can only sense instinctively.

Grasping for Air, however, is simpler in form and construction. The desperation to break from one state to another is evident in the form. If the human condition is a trap, then this world imposed on us is a prison. This object is clearly performative of the will or the need to break free. In that it is honest, with clean lines and negative spaces that speak of other realms of existence. But simply put, there is a world of pain within those lines and spaces. However, this creates more of an empathetic response instead of a sympathetic one.

All the work reflects upon the dichotomy between the dark and light. This is evident within the medium as well as the images themselves. Metal and glass; bodies and space. It makes the experience grotesquely beautiful. Yet, there is pleasure in the pain.

“I can bear any pain as long as it has meaning.”

-From 1Q84 by Haruki Murakami

This brings to mind Georges Bataille’s essay, The Cruel Practice of Art, in which he writes, “when horror is subject to the transfiguration of an authentic art, it becomes a pleasure, an intense pleasure, but a pleasure all the same.” Bataille also writes that “the painter is condemned to please.” The practice of art is cruel. And therefore the artist is terribly romantic and inscrutable; obscure and deliciously mysterious. Art practice becomes even more obscure and informed by glorious muses and the void beyond reason (and so on). At the same time, it gives the artist license to perform freely. And such is the case with Gulgee and his beautiful objects; refreshingly free of garish sentimentality, and imbibed with mysterious romance.

Aming Gulgee: Washed Upon the Shore was shown at Canvas Gallery, Karachi, on 28 to 31 December 2015. Images courtesy Canvas Gallery.