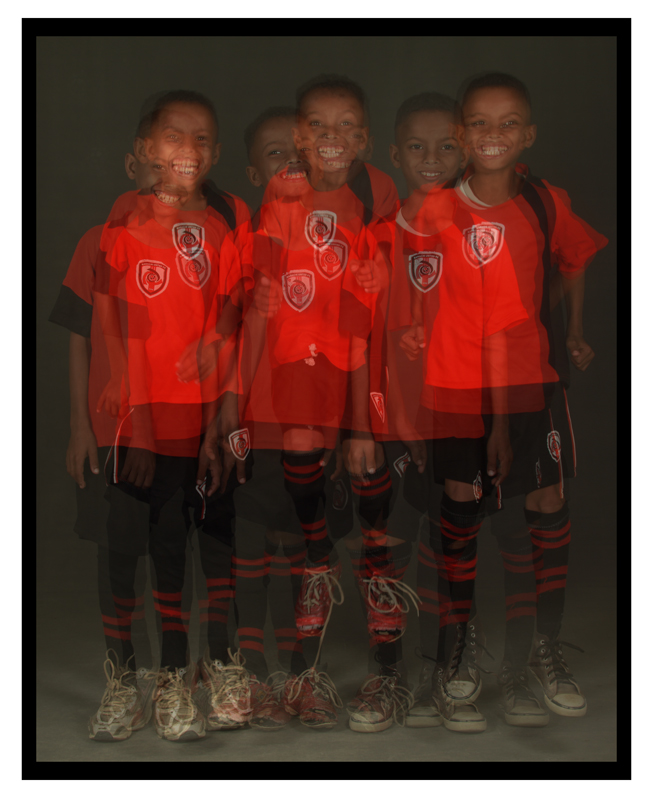 Identical Triplets Muzammil, Muddasir & Mubushir were born at Lyari Summit Hospital in Karachi on March 7th 1999. They play for the Karachi United

Shalalai Jamil
Lost in Transition | Beijing
Not Yours. Not Mine. Not Theirs!

Identical Triplets Muzammil, Muddasir & Mubushir were born at Lyari Summit Hospital in Karachi on March 7th 1999. They play for the Karachi United Football Club. Karachi United is actively using football’s popularity in underprivileged areas to engage children and give them a chance to a better life by combining football training and education.

Amean J began his career as a Photographer in 1997, fresh out of college with a BFA in Photography from the Academy of Art University in San Francisco. His unique aesthetic sense brought him quick recognition within fashion and advertising circles, and established him as a commercial artist of note. Critical acclaim from the art world followed with exhibitions like Zoo Blue, Sand & Water, 8-8-8-8, Anguish, Moving Landscapes, Fade to Black and 27 Bullets further grounding him as a photographer whose crisp images dissect life to reveal meaning in the everyday.

In 2002 Amean attended the Vancouver Film School and in 2004 he commenced reading for an MA in Media, Culture & Technology at the University of Bedfordshire in the UK. He returned to his studio in Pakistan, 18% grey, in 2005 which includes a vast portfolio of media campaigns, annual reports, corporate profiles, fashion editorials, music videos, installations and print & multimedia productions.

Amean’s work has been credited by The New Yorker and has also appeared in publications including Colors, Communication Arts, Graphis, L’uomo Vogue and Grazia. His images have also been featured in ‘1000 signs,’ a book that celebrates pop culture by presenting road signs from around the world, published by Taschen in 2006.

More recently, Amean curated the exhibits ’14/15′ and ‘Then & Now’ at The Arts Council, co-curated Birth Of Pakistan – A Journey through Pakistan’s Early Years, an interactive exhibit for children at the Mohatta Palace Museum for the Citizens Archive of Pakistan, and an electronic photography installation titled K’architecture’ that he later compiled into a book. He also contributed to books such as Born of Fire (OUP), Mazaar Bazaar (OUP), and his first solo book BHV ZOO which was endorsed by WWF and published by Markings in 2010.

Amean is also the founding board member of the Citizens Archive of Pakistan and a managing partner for A Black Olive Publishing. Along with photographing, exhibiting, and curating exhibitions based out of his studio 18% grey, Amean J is presently the Program In-charge for the Post Graduate Diploma in Photography at the Indus Valley School in Karachi.