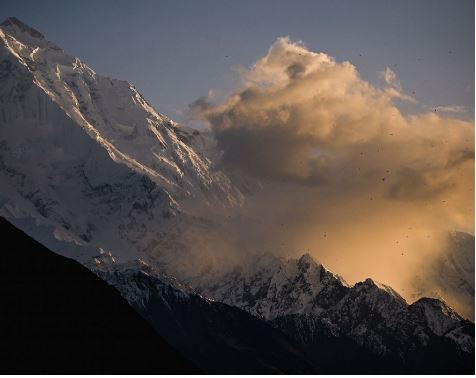 Perspectives- An Exploration of Pursuits in Photography is a four-person exhibition hosted by VM Art Gallery, Karachi. Each artist being showcased ha

Perspectives- An Exploration of Pursuits in Photography is a four-person exhibition hosted by VM Art Gallery, Karachi. Each artist being showcased has a multifaceted photography practice where they balance personal artistic explorations of their travels with commissioned and commercial project contributions. Humayun Memon was the Assistant Curator for the Karachi Biennale in 2017 and co-curator for the International Public Art Festival in 2020. Emaan Rana is a Creative Consultant, Media Producer and Photojournalist having worked with MTV, Geo and the private photographic firm White Star Photo part of the Dawn Group of Newspapers. We know Ali Khurshid and Khaula Jamil through their dominating online presence on Instagram that is curated to share stories, life experiences, traveling adventures and social causes. Their social media profiles are an extension of their artwork, community, personality, life philosophy, activism and a plethora of interests. Their photography has resonated with a large online audience and following their online profiles has been an enriching experience that speaks of their passion and sincerity for their work. All four artists have actively worked in commercial, editorial, print and digital media publishing.

Away from the hustle and grind of being a photographer for hire for clients and projects, the artists in the exhibition showcase introspective and highly personal journaling of their environment. The breathtaking vistas of mountain peaks, rock formations and skylines capture the magnanimity of nature in Khurshid’s series. Seeing his work installed in the formation of a grid and triptych immediately recalls a memory of scrolling through thousands of his photographs on Instagram. His stories about marathon running and cycling are inspiring, displaying physical and psychological endurance pushing the limits and expanding horizons for himself. Edmund Burke was a 17th-century philosopher who referenced the word ‘Sublime’ in “A Philosophical Enquiry into the Origin of our Ideas of the Sublime and Beautiful “as an artistic effect productive of the strongest emotion the mind is capable of feeling.” Often used to describe the paintings of British painter J.M.W Turner, who was a naturalist capturing the power and beauty present in the landscape. Similarly, Khurshid captures an ominous, mysterious and celestial presence of mountains.

The viewer is invited into each artist’s point of view through their collection of visuals much like a passageway. We transition from the endless skies of Kurshid’s series coming face to face with “Khaula Finds Doors’ ‘ which is a collection of similarly sized front entrance doors documented on her various travels across the country. Jamil has crafted a humanistic approach to her photojournalism having been invited into homes of various communities while working in the field, she has emphatically listened to countless stories, documented experience and history. Her insights and understanding see beyond simple structural elements, acknowledging doors as an accessible entry point into deeper conversations and curiosities about the human condition. The title of her series suggests she is open to keep searching and exploring more of her physical and psychological environment. The formation of the 21 intimately sized photographs hanging closely together creates a neighborhood of stories, families and homes that invite the viewer to closely examine the details, patterns, colors and surrounding space of the doors.

The adventure began in the mountains and as we explored the hive of doorways presented by Jamil, the viewer finds themselves inside with the Memon’s series “Looking Out/Giving In”. The work has 6 diptychs with deep purple hues and strong minimalistic line formations. As we gaze into these photographs each pair has one focused image and the other is deliberately pixelated. On closer examination, we see that this pixelation is created using an Infrared Technique that is done using long exposures using films or sensors with infrared light sensitivity. Memon’s reflections began when he was in lockdown, his images distort the sense of time and space creating an emotive visual of aloneness that he mentions was the source of this investigative photo series. We are transported into an ephemeral plane represented through macro closeup compositions of windows and their iron grills. The violet twilight scenes have a heavy sense of dread that signal the coming of a long night. There is anxiety and tension between the fluidity of the purple colour field and grill lines that are straight and knotted in the foreground. Memon uses his process to create these photographs as a metaphor for coping with his limited environment confined to the boundaries of his home, spending more time with digital screens as compared to the outside world.

The monochrome photographs of Rana have layers of film grain, partly obscure highlights and painterly strokes created through visual distortion. There is a surge of vibrations in her photographs that capture moments of devotion, passion and connection of the believer. There is movement, urgency and fluidity in her compositions that are spontaneous and natural. She is attending these religious congregations as both an outsider and insider engaging with the ritual and immersing herself in the idea of worship. Her photographs have journalistic and personal depictions of shrines, temples and ritualistic gatherings being attended by men and women. The deliberate use of black and white film creates synchronicity between herself and the present moment that she is witnessing. The camera lens becomes an extension of her perspective as the film becomes the emotional, psychological and documentative acknowledgment of having experienced something intangible, transcendental and spiritual. Rana incorporates the name of the site, the ritual, and the specific congregation as part of the documenting process. She does not interrupt and restricts her presence to a minimum focusing entirely on capturing others absorbed in their environment. The rendering is analog which creates suspense and ambiguity as photographs need to be processed at a later stage. The limited number of negatives pushes Rana to believe in the present moment sharing the same devotion as her subject.

The artists take the viewers on their journey through their photographs creating narratives of exploration, wonder, quest, familiarity and curiosity. Their individualistic visual vocabulary evolves over years, deep-diving into creating images through a personalised process of photography.