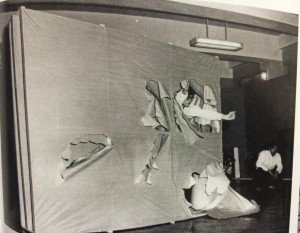 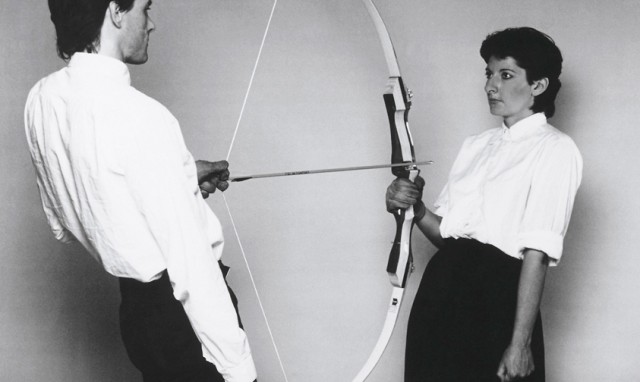 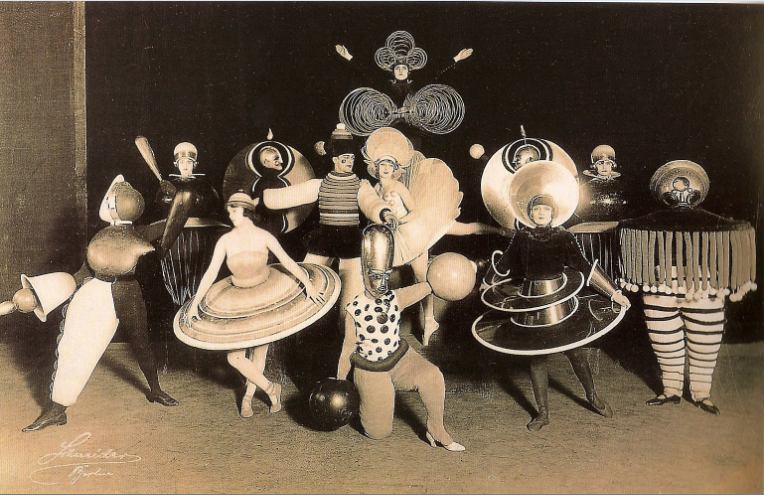 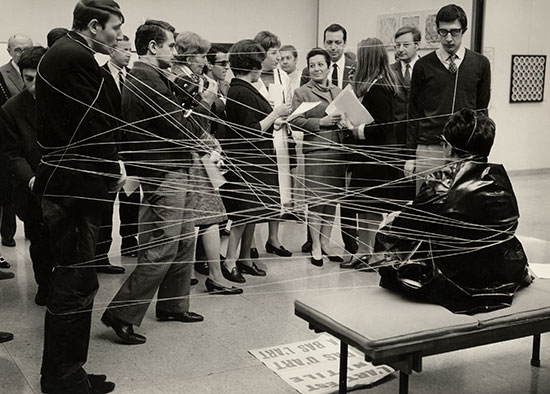 In the discovery of the self, you adhere to commonsense social semantics of the self in order to comprehend the meaning behind which you are. Where these structural linguistics are concerned, a post-structuralist definition find identity in the manners of “ forces that skew apparently logical oppositions into power hierarchies; historical forces that preclude any teleological reconciliation of those hierarchies, any historical ‘work of the negative’; multiple networks of ‘force and signification’  that require obedience, rather than systematic wholes which render cultures intelligible to their inhabitants; radical alterity or diversity that escapes phenomenological or ontological horizons of identity” (Glendinning, 1999, Section 8).Therefore, it could be said to be a categorization of objects as they are in an ability to universally comprehend their existence.

Therefore, it could be said that a difference is processed into a hierarchy. The play of power differentiates and defines the masses, and you become vulnerable to the only form of truth that you are exposed to. You yield to the given description of societal norms and rights that are given to you and not question authority. Like not questioning the gravity of the Mona Lisa in the Louvre, or being skeptical to questioning the magnitude of the power of framing.

The above could be said to be an example for the Kantian schema for identity. A theory which sets forth advocates of the basic pragmatic maxim, a deontological way of life – based on the common value norms and ethics of the understood everyday ergonomics of life; nothing out of the ordinary. In his formula of Universal Law, philosopher Immanuel Kant stated that the way one acts is constructed on sayings that are/would be recognized as universal law, without margin to any contradiction what so ever. As he proposed, this rational morality is not submissive to any form of alteration of situation, but grounded to the bounds of being universal.

This knowledge though could be said to just be a preliminary prerequisite; to form a basis of understanding of what is, before you adhere to making your own definitions. Definitions based on questions of what your idea of so called ethical hedonism might be  in the acceptance of a stereotypical utilitarian state of mind or to divert from it to maintain your own definition of acceptance; that too, based on situations of circumstance in that very moment of existence. That is, that there is more to it than the Kantian view. As Bourdieu mentioned, ‘the illusion of immediate knowledge’ must not be one we give away to.

In order to understand an element in its entirety would be to go beyond its first hand cognizance of perception; to not just see it as Homer’s “beautiful (outward) appearance”, to go beyond just the image of Empedocles and Democritus; beyond a rigid, orthodox dogmatic approach to understand things – mechanized formulated approaches, nothing more, nothing less. To have a more intrinsic understanding, we must look at Parmenides essence of reality – in the way of truth and that of opinion to look further then what is seen.  As Plato mentioned in his model of the eidos; to unravel and to look into “the external” and “the internal”, it would be to go beyond the noumenal studies of the Structuralists and delve into a more appropriate definition from phenomenology, and not ontologically as in Husserl’s view, but an existential phenomenology of Heidegger when he says:

Therefore, the understanding of the self, the identity would be to go beyond just the scientific nature of existence as Heidegger mentions. Everything cannot be subjugated by a noetic or real phase and a noematic or unreal phase all derived out of conscious abilities. Every intentional experience has a noetic (real) phase and a noematic (non-real) phase. This Noesis of which is a process of reasoning cannot be applied to all the events of one’s life and dictate their identity as not everything can be scientifically undermined and set in stone or be premeditated, planned or calculated in the least.

The idea is to not be constricted to one lens, but a whole spectrum of conception. For example, existence might be a myriad of atoms, but in order to make these atoms work are not just neurons sending signals; but a further consciousness/unconsciousness that prescribes them to proceed with the thought process of carrying out matters of living.

This opens our passage towards the periphery of performance art.

To question the ideology of performance art; what it is/ isn’t runs by two definitions in parallel to one another. One defining what the technicalities of it are whilst the other digs in to question further philosophies of the mind; changing the lens of vision to understand and proceed life or whatever this temporal existence might so be.

Its birth can be traced long ago to the times of the Hellenistic era with the Diogenes of Stope making a mockery of people’s realities of life. It could be said to have permeated through to the times of troubadours, bards and jesters of the Renaissance. But perhaps it implanted itself more so within the times of the Futurists when along came a manifesto of the time that dictated the means of performance to become the antithesis to performing. Though, derived from orthodox ideologies of stage it came about to provoke the very understanding to rebel and push boundaries of labeled semiotics. It made its way through the multitude of movements that followed respectively. Be it Daniil Kharms with the Constructivists or reacting to World War I with the Dadaists and making noise in Karawane with Hugo Ball at the Cabaret Voltaire with his sound poem, to rising from ambivalence in regards to soullessness of manufacturing and how art was losing its purpose in society in the Bauhaus movement making work such as the likes of the Triadic Ballet with Oskar Schlemmer exploring relationships between space, sound and light.

André Breton and Philippe Soupault let their unconscious minds perform instead of their bodies during the age of surrealism or Dali speaking in words and action in Un Chien Andalou. WW2 had an on stream of refugees taught to produce forth the ‘ complete’ person during the days of Black Mountain College with dancer Merce Cunningham and artist/ composer John Cage playing a huge role facilitating this movement.

The post-war ambivalence of the aftermath of trauma had artists tussle between self-expression and the bedlam of the unconscious raising birth performative art like that of Jackson Pollock’s Autumn Rhythm No. 30.  In Japan, the Gutai movement found by Jiro Yoshihara found importance in the decay of things where the reality of existence inanimate or not lied in their very destruction leading to the Fluxus movement with George Maciunas, the founder. Performance revolves around simple instructions, interacting with common everyday objects in uncommon ways.

Body art extending the realms of tattoos and piercings went to extremes of abusing/ pushing the physical limits of the body for provocative statements from scarification to implants to tight- lacing corsets to name some. The LGBT/ Queer Movement, the Feminist Movement all came full throttle to use performance as their voice from David Wojnarowicz buried in dirt to the masked Guerilla Girls and Carolee Schneeman with Interior Scroll.

With recent developments in conceptual art of Jay Z performing Picasso Baby continuously for six hours, all showing how performance art heavily demarcated and carved its niche and continues to do so into mainstream culture to date.

The medium has no straitjacket. It prances about blurring boundaries of interdisciplinary practices eliminating the idea of the fourth wall. It rests atop four pillars of space- place- body and audience. As Roselee Goldberg says ‘… the live presence of the artist, and the focus on the artist’s body, became central to notions of ‘the real’, further permeating into installation and video art amongst a milieu of other means of documentation.

Performance pivots around notions of time  extending over three hours lands itself a title of endurance but is not a necessity. ‘The line between art and life should be kept as fluid, and perhaps indistinct, as possible’, said Allan Kaprow. Performance could be the daily ergonomics of life.

It could be anything. It could be Chris Burden in 71s Shoot, having himself shot in the arm. It could be Marina Abramovic  and ULAY in Rest Energy in the 80’s with an arrow at her heart- any wrong movement causing instant death with the arrow piercing her heart. Or Franko B’s I Miss You painting a canvas with his bleeding arms up and down a catwalk. Or Mohammad Ali washing dirty laundry. Perhaps Sadaf Mallaterre’s invite to a cup of tea in a life size tent in a dress in a utopian Alice in Wonderland world. Could Reading Position for Second Degree Burn wherein Dennis Oppenheim covers his chest with a book only to sunburn himself and remove it later be it? Or in Ever is Over All by Pipilotti Rist breaking car windows with a flower. Perhaps Bani Abidi’s Identity Formation and Social History performing at the hours of breaking fast during Ramadan out in the street. Amin Gulgee with Band Baja and Baraat performing riutals of marriage with a twist.

“Art is concerned with the HOW and not the WHAT; not with literal content, but with the performance of the factual content. The performance — how it is done — that is the content of art.” (Albers, n.b.)

From the performance diaries of Guillermo Gomez-Pena, “Our intelligence, like that of shamans and poets, is largely symbolic and associative. Our system of thought tends to be both emotionally and corporeally based. In fact, the performance always begins in our skin and muscles, projects itself onto the social sphere, and returns via our psyche, back to our body and into our blood stream; only to be refracted back onto the social world via documentation. Whatever thoughts we can’t embody, we tend to distrust. Whatever ideas we can’t feel way deep inside, we tend to disregard. In this sense we can say that performance is a form of embodied theory…”

This incessant habit, this nomenclature to continue to shock and provoke, to injest, digest and take out another recycled understanding of this amalgamation of the us of what is around and within instigates and fuels the radicalism to accelerate to heights of recreating and regenerating ways of understanding this revolution of the process of constant undoing and doing of one’s identity to the exposure of surroundings; not just the tangible, but the intangible multicultural diversities of language and social constructions, that ever alter perceptions of the character. Individuality to dividuality. “Audiences were provoked into asking just what were the boundaries of art”. (Goldberg, 1988)

One Response to Performance Art