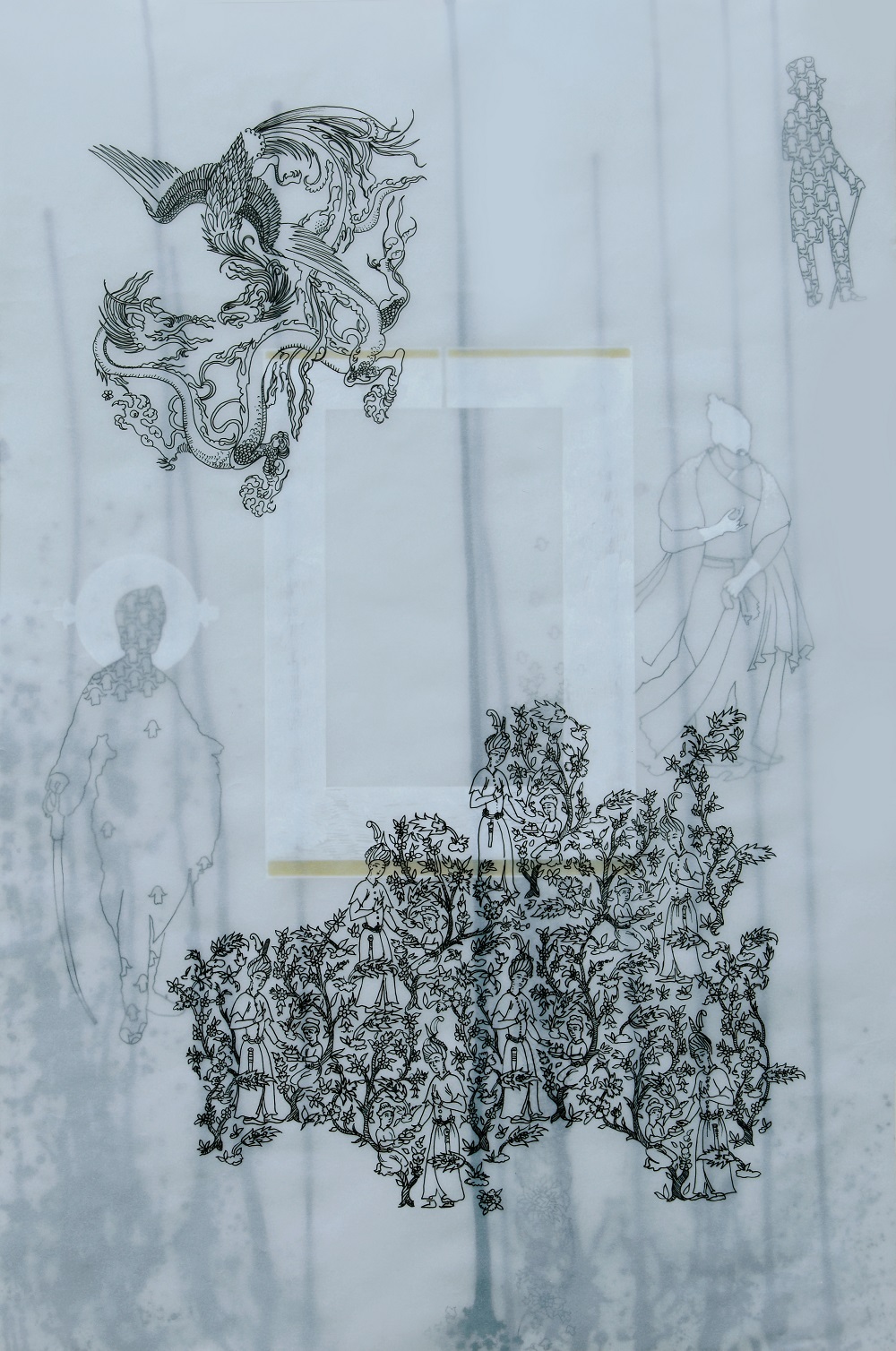 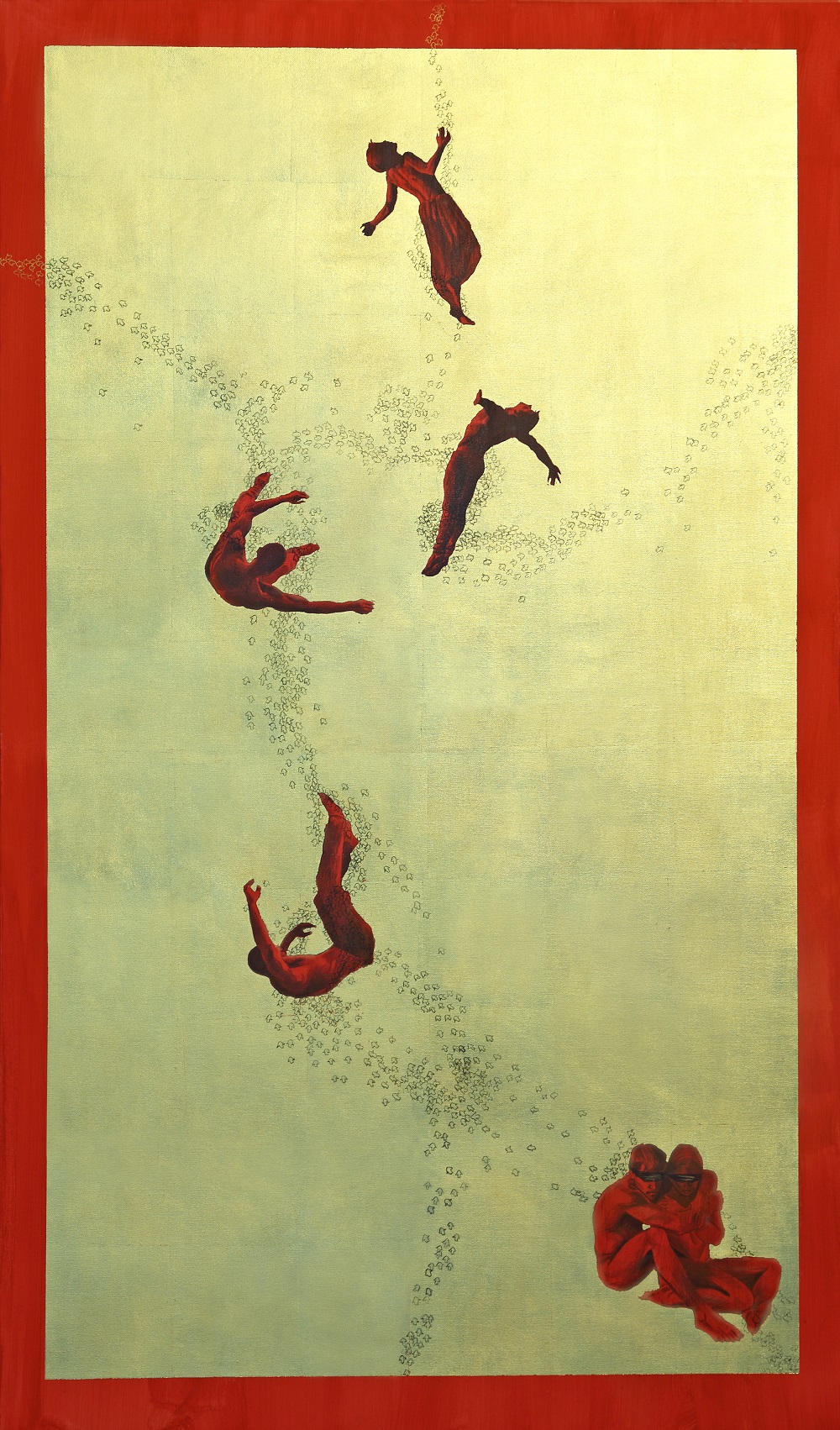 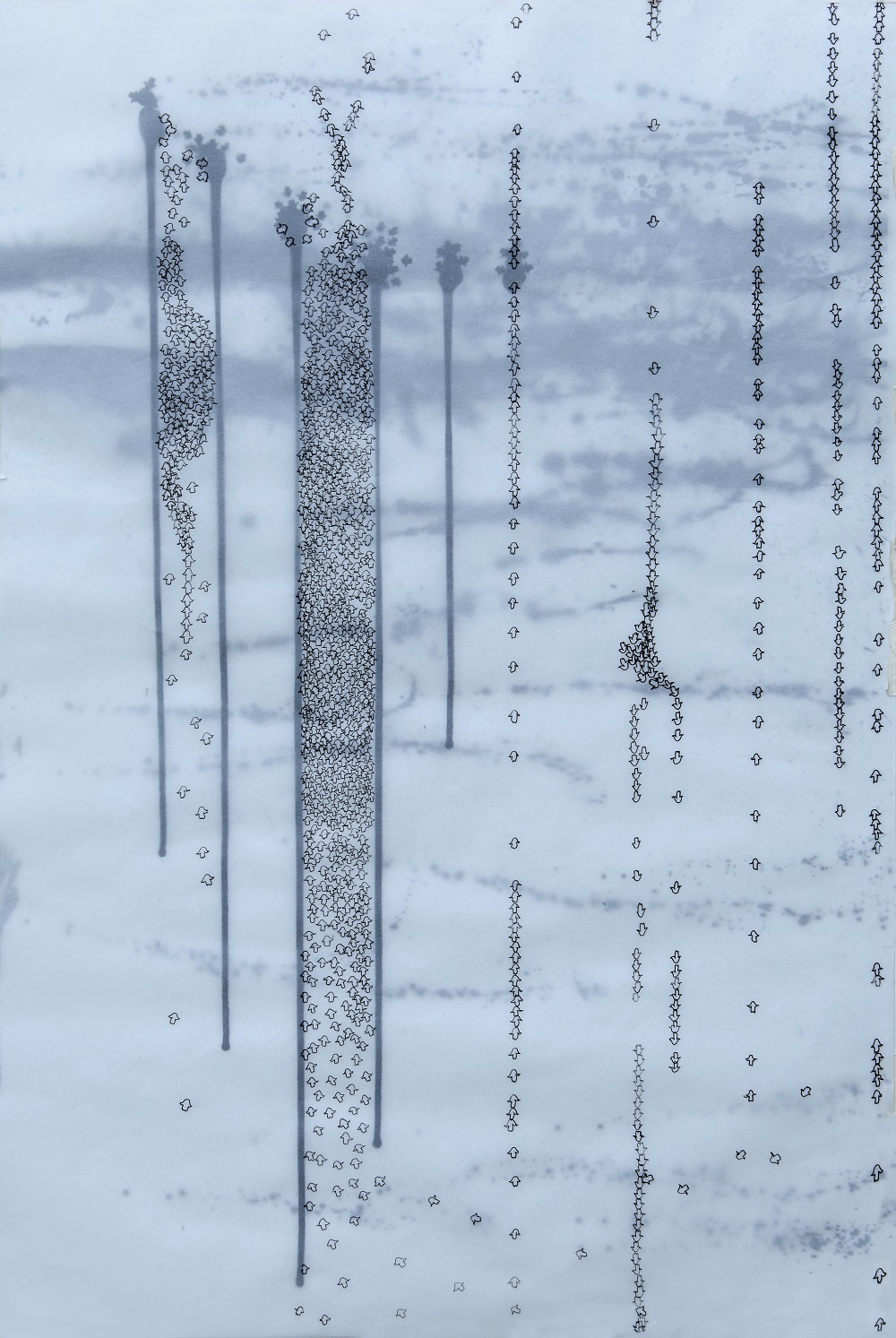 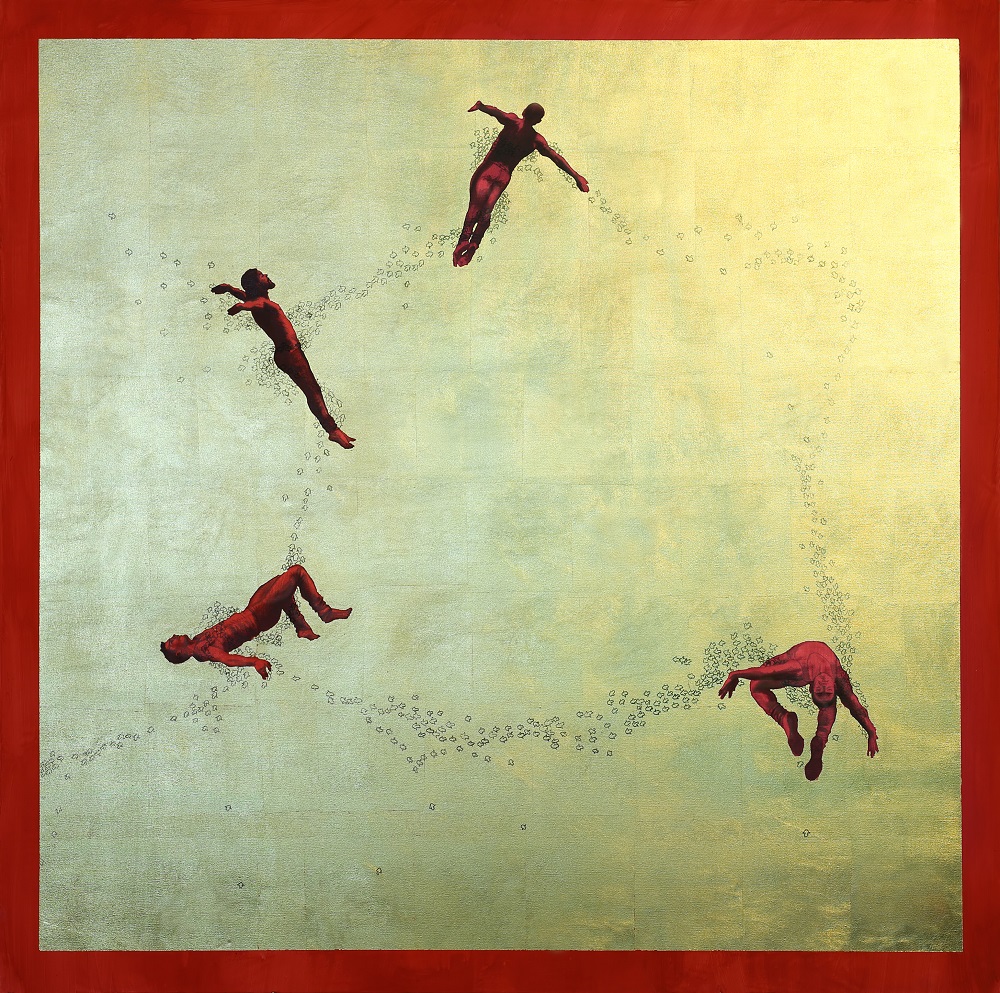 Encountering Komail: of Manuscripts and Elegance

Symbolism began as a reaction to the literal representation of subjects preferring to create more suggestive and evocative works. It had its roots in literature with poets such as Baudelaire believing ideas and emotions could be conveyed not only through the meaning of words but also in their sound and rhythm. The styles of the Symbolist painters varied considerably, but they shared many of the same themes, particularly a fascination with the mystical and the visionary. Gustav Klimt and Edvard Munch are two fine and very conspicuous examples of artists who expressed their own ideologies through their paintings.

Lahore-based artist Komail Aijazuddin is one such individual in the art world whose paintings are perceptible surfaces created to represent their esoteric and mysterious affinities with the primordial ideals. His solo show titled ‘Grace in Hand’ at the Khaas Art Gallery in Islamabad is a display of twenty-seven mixed media pieces. Aijazuddin’s paintings suggest ideas through symbols and emphasize the meaning behind the forms, lines, shapes, and colours. The works are a new development from his previous paintings and are an abstract means to express psychological truth and the idea that behind the physical world lies a spiritual reality. He has taken the ineffable, such as dreams and visions, and given it form via his paintings and intricately detailed drawings. The drawings thus become an engagement with the concept of illuminated manuscripts, which grew instinctively out of Aijazuddin’s interest in various appearances of religious and ceremonial art.

Saint in Silver and Composition in Gold II are two examples amongst the displayed pieces whereby the artist has a greater tendency toward schematization and bold configuration in design in which strong and abstract structures of line and colour predominate.

Another factor seems to have been an aesthetic that defined beauty in terms of symmetry and order and the juxtaposition of pure, bright saturated colours. The Hand of Fatima, a universal symbol, is a prominent characteristic in Aijazuddin’s ongoing creativity. Taking the cue as a formal element in mark making, the symbolic hand is recurrent, circulated and shaped into forms of trees, halos and thorns. There are paintings such as Red Communion, Ascension in Green, Muses in Blackand Black Tree where the hand becomes a series of lines, suspended, fragile, vaulted and absolute. Aijazuddin’s rendezvous with the concept of illuminated manuscripts is a natural process imminent from his attentiveness in the numerous demonstrations of spiritual, religious and ceremonial art.

When looking at his wax formations, it is noticeable that each formation is made up of numerous different drawings on lucid paper. These are then pressed together to create one image that may seem subtle in certain areas and penetrating in others. Through the use of dark and light values depth is created along with a feeling of solidity. Each layer has a part to play in forming an impact on the viewer, not necessarily a punch but more of percussion.

In Ascension (Falling) and Ascension (Square) (oil and gold leaf on canvas), which are reminders of Aijazuddin’s Red and Gold series, the viewer is lured into the paintings. A flat gold and luminous void in the background and the figures floating, reminiscent of a dream-like impression, one’s eye is drawn to them. The repetitive Hand of Fatima or Khamsa is present in these too and implicative of delicate butterfly-like silhouettes encompassing the free-falling figures.

One stands before a painting and then becomes part of its world, the purpose of the process of painting is for the subject (the viewer) to be inserted in a function whose exercise grasps it, where this exercise is desire. Aijazuddin has fulfilled the purpose by allowing the viewer to be part of the painting, to take pleasure in it and to desire it.

Shireen Ikramullah Khan is a painter, art critic and museologist based in Islamabad, and writes for Dawn Gallery, Nukta Art Magazine and Blue Chip Magazine. She teaches Visual Arts at the National College of Arts in Rawalpindi.