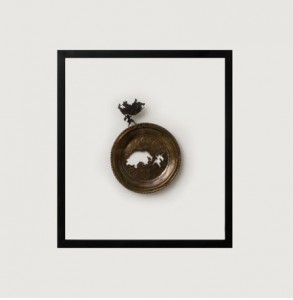 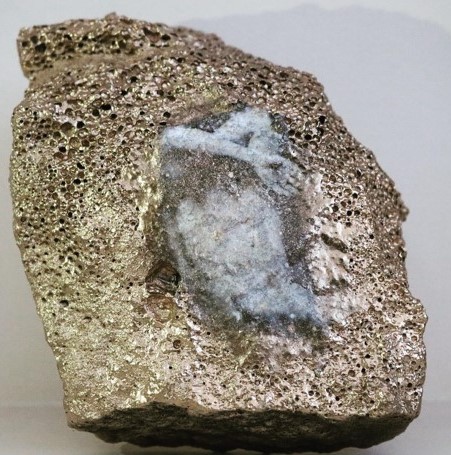 On a Carousel of Time

When F. Scott Fitzgerald spoke about the human condition, he took its relationship with time as an incessant cycle of challenging the ‘current’ of change, only to be rewound to a point in personal history.  ‘So we beat on,’ he wrote, ‘boats against the current, borne back ceaselessly into the past.’ But does that mean that attempts at advancements are futile to a great extent? Or is it imperative to continue revisiting the past to make sense of a present, which can then open doors for a better future?

Organized by the Oxford University Press, the sixth chapter of the Islamabad Literature Festival (ILF) grappled with the latter question; its theme for the year, ‘The Focus is Tomorrow: Reflecting on the Past’. In patronage of the arts, the Satrang Gallery (Serena Hotels) collaborated with the festival for “Preserving the Paradigm” – an art exhibition curating the works of nine artists: Affan Bhagpatti, Anushka Rustomji Musa, Hassan Sheikh, Ahmed Faizan Naveed, Hurmat Ul Ain, Rabbya Naseer, Omar Gilani, Sana Durrani and Saud Baloch.

Despite the works of art being produced from individual experiences, Founder Director of the Satrang Gallery, Asma Rashid Khan notes that ‘one can witness a common narrative [that is] thriving to seek balance between the past and future’. The complete body of 25 works on display takes the viewers on a journey through time. This journey, however, is not a linear one. There is a reconfiguration of the familiar past into forms, which stresses the notion that history itself is a work is a progress, and even if history itself is, the relationship with it cannot be set in stone.

The body of work is flooded with historical references that range from prehistoric finds, to futuristic additions into personal stories. On one end of the scale lies Saud Baloch’s use of volcanic stone which embed images with present-day connections in. The stones look like relics from the Paleolithic era with photo-transferred pictures. That combination of establishes a connection with a person or place with whom ties may be severed irrevocably, and therefore the stones become and emotional relic turning the gallery into a museum of lost treasures.

The profound sense of loss that permeates through Saud’s work becomes a classic nostalgia when one first glances Hurmat ul Ain and Rabbya Naseer’s ‘Variations of a Congregational Event II’. The geometric pattern with its splat of colour in one frame, is reminiscent of the tents used in almost every Pakistani wedding till the 90s (before the pastel shades of marquee-held weddings took over). However, the combination of monochrome shades and the pop of colour is a sly take on the ‘cultural memories, personal nostalgia, and collectivist behaviour’. Gender representation, plurality, individualism and social nuances, are all explored by the deceptively simple work.

Objects often assume the role of chronicling life, and over time more and more of these chronicles coalesce into the entity that culture eventually becomes. Affan Baghpatti travels are guided by the pursuit for objects which have cross-cultural, international, and multi-generational ties. He finds that these ‘artifacts represent hours of craftsmanship, heritage, shared-history, collective memory and intimate stories’. In his acquired antiques, symbols are rearranged often producing a theatrical effect; such as in his ‘Elephant on Plane’, where the handler hops of out the middle of the brass plate, and now seems to run amok on the rim, carrying the elephant that is also silhouetted out.

While Affan removes character-like forms from their original settings, Anushka Rustomji focuses on the removal of historical tradition itself. Ironically enough, a fair share of history is, both, buried due to concentrated efforts to remove it from any consciousness, and also replete with recordings of the cruel efforts made to remove it. Anushka perforates paper and sheets of galvanized steel to highlight that erasure. What strikes the viewer is how sensitive this makes the act seem. Even the steel base gets a fabric-like quality when the piercings arrange into beautiful colonial, and ancient eastern patterns. As a result, the viewer is left questioning their own understanding or opinion of a whitewashing of the past, and its influence on the present.

In his works, Hassan Sheikh decides to invite the past into the present. His mix-media compositions playfully involve lush-green modern-day settings and a young person clad in jeans, next to a figure from a bygone era, done in its iconic traditional style. The dialogue between the two worlds clearly becomes casual, amiable and good-natured, even when a colonial figure enters the scene. Both characters brandish swords more like dancers or actors, without any baggage of trauma or distance of hundreds of years between the two.

Sana Durrani, however, tries to communicate with an era definitely lost. As the viewer stands in front of her lightboxes, they are given the vantage point of person either at the top of staircase, waiting start descending; or one at the bottom, deciding how to ascend. The structure are dilapidated and breaking down, reminding one of how life as we know it can crumble with the drip-drip of time.

For Ahmed Faizan Naveed, how we see is of interest. He challenges the very fundamentals of information passed down to us, through his images of colour and monochrome. The black mounting leads the audience into intimate sized prints of colour. At first these appear to be lens flares or flashes of light, but the longer one looks, the more the gradients begin to merge into one another, and sometimes separating, all the while providing a chance to first experience, and then re-examine what we already know.

Where Sana’s images, have backgrounds illuminated due to an absence of doors and windows to bar structures from the weathering of nature, Omar Gilani’s use light is more futuristic. The bluish glows of augmented reality and holographic displays are subtle additions to the otherwise familiar activities of the inner-city hubs. The effect is somewhat of a dystopian future, but what undercuts any hopeless of the scenes is the presence of locals conversing at dhabbas or on buggies and charpais, remaining true to their identities and culture even in the make-shift adoptions of robots and hovering motorbikes.

‘Preserving the Paradigms’ encourages a ‘dialogue between a culturally rich and nuanced past with a dynamic and unknown future,’ as pointed out by the curators of the show, Noor Fatima, and Mahnoor Asad. While Zahra Khan, the Curatorial Advisor stated that, through their use of research and found materials, the artists ‘explore important ideas of cultural sustainability and re-use with a particular focus on lived experiences’. The affect is one of being in a spaceship, and simultaneously, in a time machine, where time moves backwards and forwards. Through the exhibition, the viewer visits places they ache to revisit, as if on a boat caught in the current, and staring onto vast sea to a future.