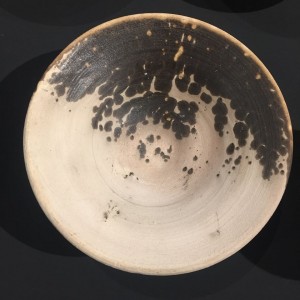 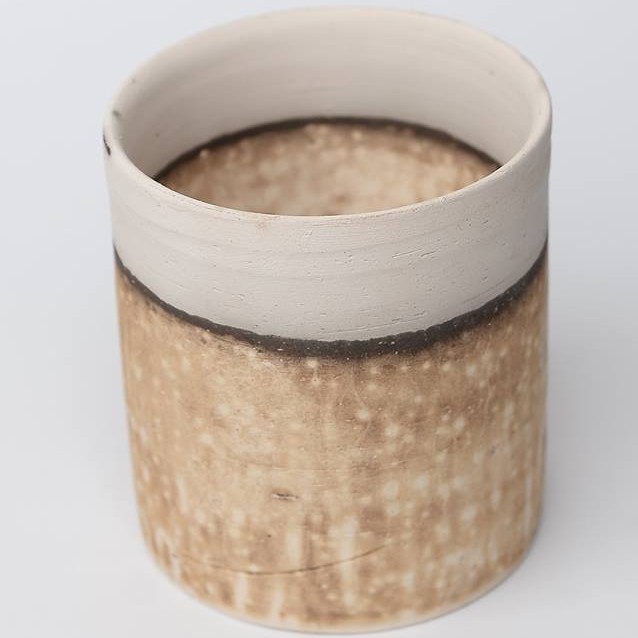 Nabahat Lotia’s recent exhibition at Koel Gallery titled Oh! Obavara was fluid reposition of the elements of the Earth woven into ceramic forms. A profound state of allegiance with nature, submitting to it’s fallacies and intervening with it to create. The forms have acquired a surface with ambiguous patterns and marks through it’s firing process, which is known as Obavara. A technique originally used to seal low fire pottery. It is believed to have originated in Eastern Europe during the Middle Ages

..earthen hues of begotten sage, milk-bathed breadcrumbs, brisk ochers, brawny browns, eroded autumn..like a whispered age-old Bedouin tale of stale smoke dancing around the surface, some lingering on the surface, the trace of it’s residue leaving cascading marks. The surface, a beautiful reminder of it’s process, reluctant to let go..like an age-old wisdom caressed onto the surface, a tale of nature at play with human withdrawal.

The art of pottery itself dates to ancient civilization, it harnesses the minerals of the Earth to take form into objects. We sculpt it to create form and function. Like an alchemist’s wisdom of the transcendental nature of materials. The intimate conquest of soil to create sculpted form. Clay forms carry an acute anatomy, dust that has been configured into shapely mass. Scavenged from bygone civilizations, the tale of pottery is strung deep.

Clay is a divine art in itself;the creation of man from clay. So tightly strung with the intricate art of creation, human creation with clay is inherently indebted to the ultimate creation. It is a humble art, to create from soil form and function.

Leaving room for the elements to dance at the communion and creating patterns on the surface. The subtle arc of nature and man’s whimsy. Her work settles with an eerie nostalgia of belonging to a time that we never belonged to. An archaic captivity sits within her vessels. There is nobility in the forms held up by metal, the volatile casts of it’s process hung like wise shadows on the surface. Etched on with permanence. Soldered by fire. It’s primal, transcendental. It allows room to withdraw like one would when sitting under the canopy of a forest.

There is an intricate dichotomy of nature and man-made at play. Where one lends to the other. “Nature is my inspiration and my work is in congruence with it.” Lotia remarks. The beauty in her work is subtle, it appears as a ghostly foliage hung on the surface, you almost want to touch it with an earnest wonder of it’s past. It appears to archive a lost time, artifacts of ritual, prosaic vessels, the febrile markings..one does not think of them as manufactured. The sit like poetry, strung with tales of fire, winds, and earth when they came to commune.

The work is a poignant cavort with nature, a meticulous balance of the aesthetic and the meditative. A noble act of paying homage to the soil. The soil in itself woven with tales of bygone men, held in virtue through the new form it has taken.

Lotia’s work is a residue of the infinite capacity of evolution, corrosion and allegorical consort. Her work is restrained, yet unbridled. Withdrawn, yet cordial. Like first shadow cast by the drowning sun, a whisper of nightfall, intimate yet aloof.