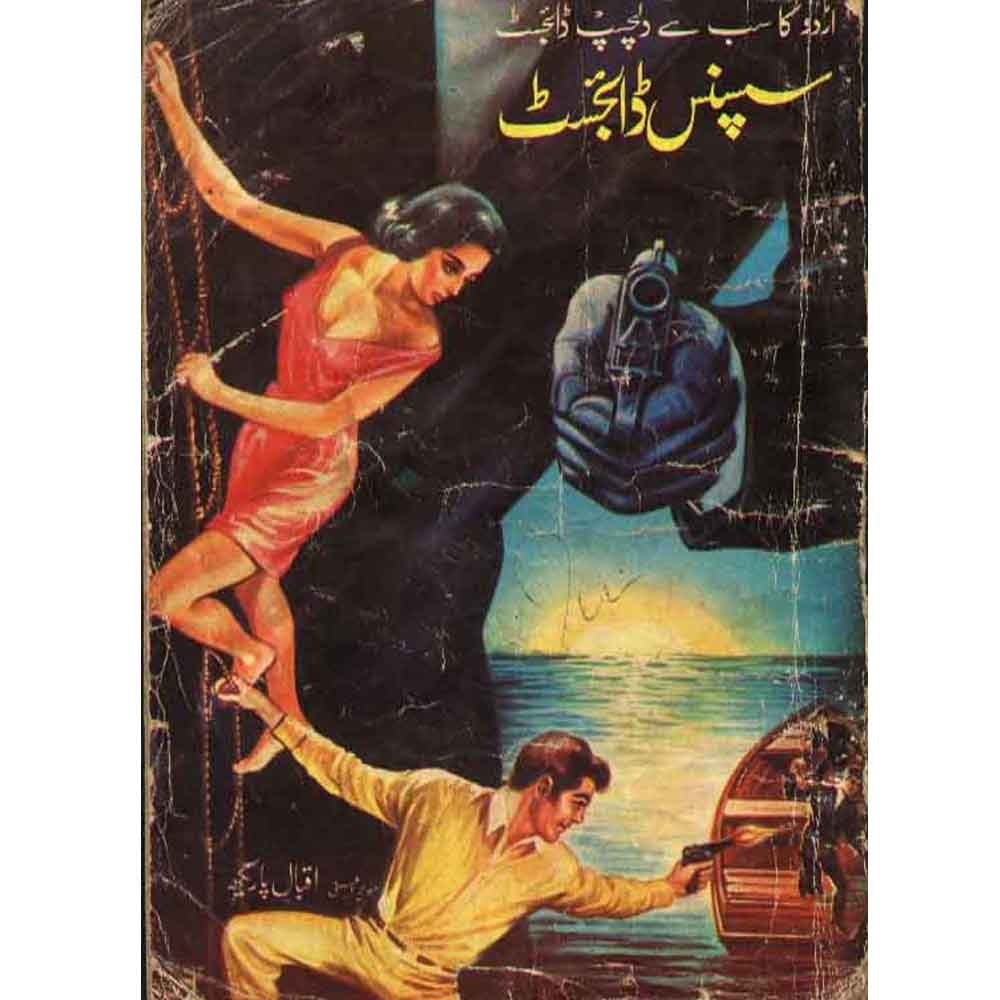 Now You See Now You Don’t

Literature has come a long way. Beginning with the epics and myths narrated to a gathering of people (in an attempt to ward off the fear of night – and whatever comes with it), now it can be glimpsed on the glowing screen of a computer, as well as on a small tablet, Kindle. In this course of history, the introduction of written script must have been a big breakthrough for literature, much like the later invention of printing press by Johannes Gutenberg in 1450, which was a major turning point for human knowledge. The printing press made it possible that literature is read and enjoyed by a larger public; and the word (which, initially was limited to a circle of people listening to story teller or poet) has now spread so wide, it can reach to readers across continents, cultures and ages.

Books are a means to carry the word beyond its immediate space and time. No matter how precious a thought or how exclusive an idea is, an ordinary individual can access it with the buying of book and possess it by reading it. But, actually before purchasing, borrowing (or stealing) a book, people usually browse it by leafing through and through, looking at the topics and estimating the inside matter (only if they have not already selected the book on the basis of its esteemed author or low price!).

However, in today’s Pakistan this process is hampered a little bit. These days when you go to a shop, you are unable to look at the text in a book. The word, which was democratized due to the revolution of printing press, has become exclusive again. Many books (and glossy magazines) are displayed inside the sealed layer of transparent plastic – making it impossible to know the book’s content, unless one purchases it and experiences the pleasure of tearing off the protective covering. (In fact this practice is not specific to printed material, because you come across cellular phones in transparent rubber coating, T V remote control under plastic sleeve, and newly bought cars with polythene sheets wrapped on seats).

So, in this scenario, where the book – regardless of its subject – has turned into a mysterious object, the title of a book plays an important role towards guessing its theme. But even in instances where content of a book is not concealed with the plastic cover, a book is more or less judged by its title. This has become such a ‘natural’ practice, that one believes books always had titles and tends to forget that titles are a later addition to the published books (originally there were only nice leather bindings!).

In the Indian subcontinent, we have an interesting tradition of book covers. The title is meant to be – not the aesthetic arrangement of letters or words – but a flamboyant image that suits the text; and more than that, the desires of the writer. Hence we have some of the most unusual covers, both for books and magazines. Often these titles are created by professional designers, immature artists and illiterate illustrators. An interesting element in this regard is the distinction of language, because books are written in one or other language, so a comprehensive view of book jackets also relates to the segregation of tongues. (Which further leads to ethnic disparity, class differences and literacy ratio). Thus, titles for English books are different from those in Urdu (even if a text is converted into another language, the translated version of the same book would have a different cover – with a few exceptions such The God of Small Things!).

A number of Pakistani artists have designed book jackets – especially for Urdu publications. The foremost name among these is of Abdur Rahman Chughtai, who created a vast range of book covers. In these titles, he continued with his distinct style, since his imagery in the first place was connected to literary themes, particularly the poetry of Ghalib and Iqbal. This interest in literature led him to create book titles works for authors, who were his friends, acquaintances and contemporaries. His close contact with literary personalities of his time, like Patras Bukhari, Sufi Tabassum, Faiz Ahmed Faiz and several others, contributed towards his decision to make book covers. Also, his past as a writer of short stories, must have influenced this choice; but in all of his book jackets, one is aware of the presence of Chughtai’s style. His book covers – in a sense illustrate Chughtai’s vision more than what they were supposed to do, to convey the writer’s thoughts and text.

The other important personality in the history of Pakistani book covers, is Sadequain. Besides being a painter, he was a poet too, and published a few of his collections. In Pakistan and other places, Sadeqauin is generally known for his calligraphy based work, but it is merely one segment of his oeuvre, because his paintings also reveal the presence of text or literary references. From earlier Kufic script based paintings to his later figurative work, it was the aesthetics of text that the painter was negotiating with. Along with these he created a number of book covers for writers, which were the extension of his visual vocabulary, by incorporating symbols and stylization from his paintings and drawings.

There are other figures, such as Hanif Ramay, Aslam Kamal, Zulfiqar Ahmed Tabish who produced jackets for works of literature, since either being interested in literature or in calligraphy – or both, they were naturally inclined towards this genre. But they were not limited to books only, they made titles for literary periodicals as well; and a significant, but now long forgotten name in this regard is of Dr Enver Sajjad who for many years regularly designed covers for Urdu literary magazine, Adab-e-Latif. The other important Urdu journal, Sawera had covers designed by Hanif Ramay, and Zulfiqar Ahmed Tabish. Two other, much respected literary magazines for several years had their specific artists as the jacket designers: Nuqoosh was proud to have Chughtai’s covers, and its contemporary (and competitor) Funoon engaged Bashir Moojid for cover designs.

If books and literary journals in our society offered a wide range of artistic expressions, popular magazines, especially the genre defined as Digest, presented a peculiar aesthetic preference. The idea of publishing a Digest in Urdu – was presumably inspired from the success of ‘Reader’s Digest’. These Digests (started in the early seventies – if not the late sixties) were of specific tastes and for particular readers. Digests contained women’s stories, tales of mystery and suspense, political issues, translated fiction, children’s stuff or a combination of all. These Digests are still popular and widely distributed, due to their affordable price and easy to read (digest) material.

These Digests, besides offering a range of subjects, have certain titles depending upon the audience of the magazine. For instance, the majority of women’s Digests prefer the photograph of an attractive actress or a cute model – to anything painted by an artist. Probably the female readership is more realistic and pragmatic than the other – general public, who would appreciate imaginative titles on the magazines of their interest. Because the picture of a model or actress not only suggests the standard of beauty, it also informs about the latest in the realm of fashion (make up, dress, jewelry etc.).

On the other hand, magazines, which usually cater a male readership, have fantastical covers. Since the – inside – stories are about the detective feats, spicy love affairs of spies, violence and crime, so the titles also hint at these activities. Our Digests have a history of about more than 40 years, but there has been not a great change in the sensibility of the titles from various periods. Each Digest is recognized for its particular style of cover page, which is not altered even with the passage of time or usage of computer technology. Thus, in its essence, a magazine cover for the issue of July 2017 is similar to the titles printed some decades ago. Only the tools of creating the picture are different, but the construction of imagery and the selection of visuals echo the compositions of past issues.

A special trait in these titles – mostly on the Digests of suspense stories and detective tales – is the sense of assemblage: blending the visuals from a fantasy world with the realistic imagery. Thus, beautiful girls are surrounded by creatures made of jelly like bodies, lonely ladies are surprised by guns that comprise human features, men are eating shaving blades, and blood drips from the broken mirrors that reflect the face of a damsel.

Perhaps a common element in these titles (of various Digests from different eras) is the representation of female. In majority of these magazines, the face of a girl occupies a large portion of the title page. The prominently placed woman is young, sweet and innocent looking, yet it is rarely drawn as a full figure, and not even her head is shown completely – unlike a portrait. The face of this adorable girl is usually a close up, with some features and parts of the hair left beyond the rectangle of the title page. This scheme of depiction – adapted on numerous covers – may be unintentional but not accidental, because this way the illustrator successfully communicates a feeling of intimacy towards the pretty woman. (Intriguingly the Digests from the seventies have foreign faces, while the more recent ones support local ladies!)

Whether the titles are from seventies or in present times, these have a quality of visual tension, created through the variety of scale and the juxtaposition of contradictory forms. The pictorial vocabulary of this kind is quite separate from another (popular) system of image making – the cinema posters and hoarding. Perhaps the Digest art was influenced from the illustrations on English books and periodicals, but now one can view this ‘art form’ in a different light. In a way, it is connected to the contemporary art practice (both in the West and here). These days several artists are constructing their works (paintings digital prints, photographs) by placing contrasting visuals next to each other – thus shaping a narrative, that is not much dissimilar to the one found on the titles of the Digests. Same Digests, which are usually dismissed being the examples of poor taste, considered pulp fiction, and sold cheaply in the markets for old books; strangely foretold the aesthetics features of an art, that is now highly praised and has become extremely expensive. Thus, the divide in literature and popular fiction, classical language and colloquial expression that is debated in literary circles, can also be witnessed in the way illustrations for pulp magazines and books are linked with the high art.