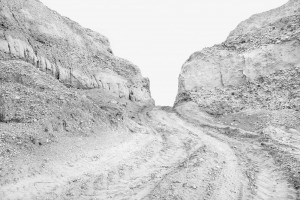 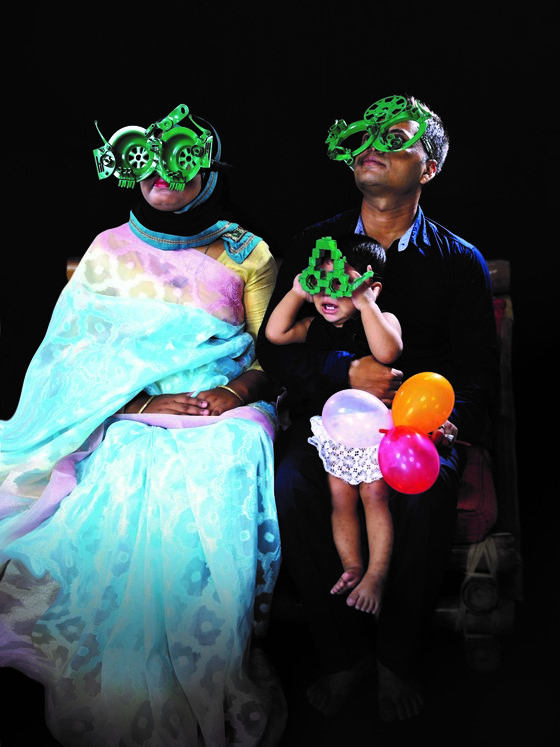 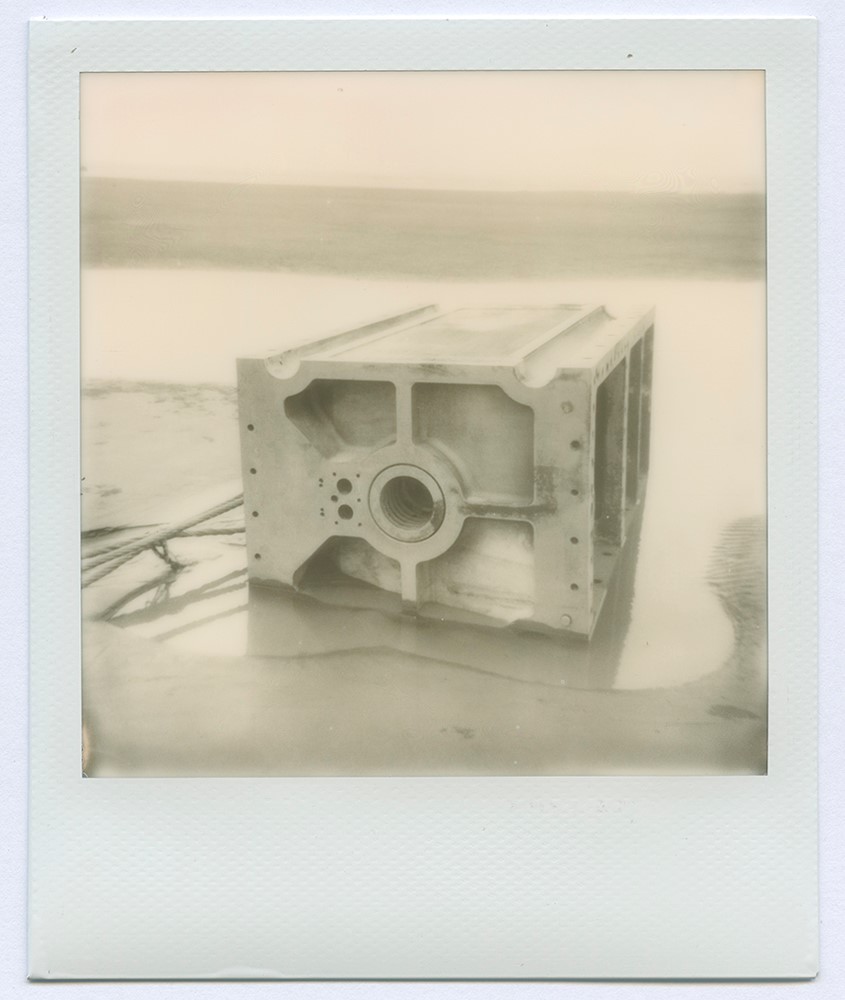 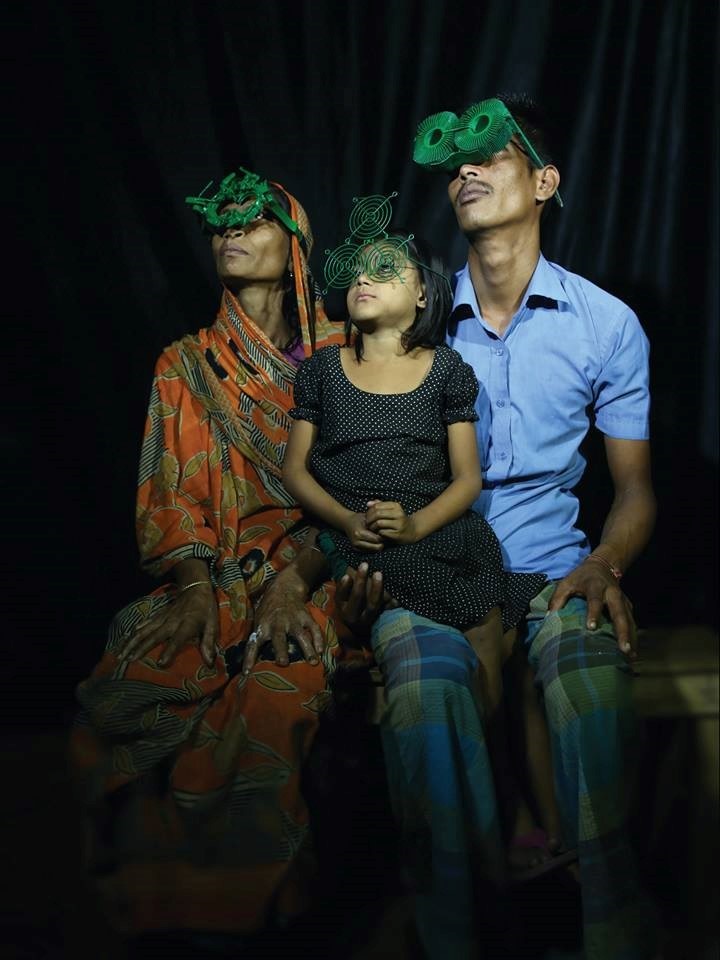 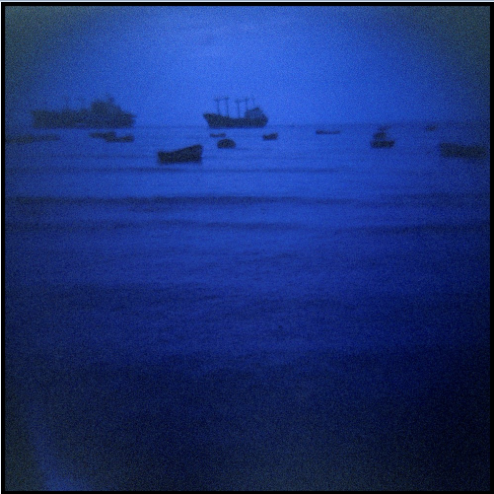 Notes from My Journal: A Visit to Bangladesh

Feb 4th to 9th, 2016.
I prepare for my first visit to Bangladesh to attend the Dhaka Art Summit at Shilpakala Academy. I am traveling to Dhaka to present the work of the Tentative Collective on a panel titled ‘Art Initiatives off the Center’. There is a sense of pride to be included amongst the artists on this panel. Amar Kanwar, Sharmini Pereira, The Desire Machine Collective, Ritu Sarin and Tenzing Sonam, and Jog Alternative Arts Space to name a few.

Feb 3rd, 2016.
My direct flight on PIA is fortuitously cancelled the day of the trip because PIA labour unions are protesting privatization of the national airline.

2 weeks before the trip.
Diana sends us an email about strained relations between the Bangladesh and Pakistan governments over Sheikh Hasina’s war crimes tribunal and Pakistan’s inadequate apologies. A flurry of visa related correspondence with Dhaka ensue. Only one of us can go in the end. Postcolonial boundaries persist and I feel frustrated that it is easier to go to England than to visit my neighbour’s house – a neighbour once a part of this same body. I wonder how difficult it would be for a Pakistani to visit Dhaka, or vice versa, without a definitive purpose (like the Summit).

1 month before the trip.
I binge-watch video after video about Bangladesh on Youtube: unseen archival footage rewinding suppressions of history and shame associated with the brutal war of ’71; programming by Ekattor TV; documentaries on deteriorating ecology, development, loss and progress. The latter add nuance and points of connection past the polarized narratives of nationalism on both sides of the border.

Walking between the Fars Hotel and Shilpakala Academy.
I walk from my hotel past thresholds of exposed earth, hardware stores, tires of rickshaw walla’s cycles, red brick structures, fruit stalls with extraordinary bunches of grapes, groups of students in uniform and stalled traffic to arrive at a towering building with large posters that advertise the Dhaka Art Summit. Parts of the walk remind me of Saddar in the ’90s, if it were moved to Lahore. There are three or four metal detector portals that we filter through, and a large carpet announces the entrance to the summit. Over the course of five days, 138,000 visitors enter these premises for free, from visibly diverse backgrounds, 300 of which are participants in the Summit from various parts of the world – a majority from South Asia. The summit is produced by Rajeeb and Nadia Samdani who have almost single-handedly funded this event. Nadia is at the summit every day, greeting people as they enter the first floor galleries.

8 months before the trip. Notes from the same journal.
“Beware of those expedition guides”, says Frédéric Gros, who recode, detail, inform, punctuate the walk with names and explanations – the relief, the types of rock, the slopes, the names of plants and their virtues – to give the impression that everything visible has a name, that there is a grammar for everything that can be felt…”[i].

(There is something about being in and of a place that is hard to imagine until one experiences highly subjective, often intuitive, sometimes anecdotal, whimsical, fictional, and artistic works of production. Errors in communication sometimes reveal goldmines)

Feb 6th, 2016.
Navigating the Uneven Terrain of Regional Group Shows: A Field Guide. With John Zarobell, Kate Fowle, Catherine David, Hans Ulrich Obrist, Omar Kholeif, Beth Citron, Stuart Comer, Sharmini Pereira, Shanay Jhaveri…& more.
From this session, I remember terminologies of art analysis and cultural production peppered to start a conversation about regional, global and local art production. Words like trans-national, trans-historical and trans-generational are used to describe curatorial strategies that cross national, geographic and temporal boundaries. These terminologies are debated during the discussion and challenged by some on the panel and some in the audience, as linguistic frameworks reinforcing structural art world hierarchies. Dinner after the session is charged with heated discussion and a kind of solidarity among disparate bodies.

Seuty.
A glowing energy surrounds her as she visits the summit to meet me on Nusrat’s suggestion. She teaches anthropology in Dhaka and is about to build a house for her family which has a floor dedicated to guests. She invites me with a warmth afforded to fortunate strangers in South Asia. I hope we will meet again.

Feb 5th, 2016.
Three Bangla artists. Lunches in the fair grounds, conversations on the stairs.
On the ground floor of the Shilpakala Academy one of the first works I encounter is “Land of Undefined Territory” by Munem Wasif. Endless black and white photographs of a dry landscape, roughly cut. A decentered site which cannot be described as a destination by any guidebook for Bangladesh.

The pictures are serene, meticulously photographed, and quiet. A feeling of endless time and space envelops the viewer; a moment of relief within modernity perhaps, as the artist seems to turn his back on the chatter that defines the contemporary moment. This desert of seemingly no specificity has a kind of immediacy about its familiar piles of earth that paradoxically ground the viewer in a floating space – a perfect reflection on Deleuze and his writing on smooth space.

There are no boundaries here, even though the site is identified as a blurred border between India and Bangladesh. This work stays with me throughout the summit and flies back with me to Karachi as a kind of oracular production that comments on everything ‘regional’ without trapping itself into a category. Recalling Thoreau’s observations about silence and Frédéric Gros’ reference to walking, I feel that looking at the silence in these pictures allows me to hear what was impossible to be “retranslated, recoded [and] reformatted”[ii] about the place I immediately occupy: here, inside a global art event, in a government building in the center of Dhaka.

Nurjahan in a beautiful shawl and Shanay in a yellow angarkha, perched on the sides of sofas or squeezed between bodies on the floor of the VIP lounge. We listen to an enthusiastic book launch by Dayanita Singh in conversation with H.U. Obrist. It’s hard to hear because of the noise in the café area and at times I just start to look around at all the people and outfits squished into the room and wonder what they are thinking. A leg swings like a pendulum, and applause breaks the trance.

A walk through ‘The Missing One’ curated by Nada Raza.
Mesmerizing and delicate family portraits of garment workers in Bangladesh turning their heads towards a distant direction in a series of light-boxes before me. Firoz Mahmud’s Soaked Dream, captures impressions of a country in transition. I remember that Bangladesh has recently become one of the largest international exporters of stitched textile. Its growth, from the influx of money and international demands of production is visible in these images. There is aspiration in these portraits, of nuclear families toiling, and often suffering, under the pressures of global capital and corporate production cycles…the similarities to Pakistani labour come to mind.

Feb 9th, 2016. Evening.
Bangladesh National Museum visit with Shushmit.
We speed walk to the museum before it closes and enter a corridor draped with long fibers suspended from a black-lit ceiling. This is an exhibition on the history of muslin production at the National Museum at Shahbagh Square. I think of Mahmud’s images and compare means of production, demand, ritual and the different speeds of living between then and now. Muslin, whose production was painstaking and slow stands almost extinct, while garment factories multiply in Bangladesh (and other parts of Asia) paying homage to the excessive demands of consuming economies. There is something sad, fragile and bold about Mahmud’s intimate family portraits I realize. These families sit poised in moments of hope for the future while donning expectant instruments from their factories and sewing machines as symbols and tools of success. Paradoxically, the beautifully composed photographs are as easy to consume, as their entrapped aspirations for better futures are elusive.

Feb 5th, 2016. Artists shortlisted for the Samdani Prize.
I walk over to When Dead Ships Travel, a series of photographs by Shumon Ahmed. Another window is opened on the emotional and economic underpinnings of a rapidly transforming geography. Images of a large shipbreaking industry near Chittagong reveal rusting, brooding and retired vessels from global destinations. Leaking sediments into the shallow streams of water where they are stranded, they occasionally background frail bodies that look passively at the camera. I ask Shumon to share more images from this series and discover a series of incredible polaroids that capture post-industrial landscapes in the Global South with seemingly effortless gestures. The images are beautiful, and they speak of longing for progress as much as they do of dystopia.

Feb 13th, 2016.
Can you write about the art of Bangladesh approaching it with historical reference and/or in connection with the Dhaka Art Summit? Asks the editor.
Recalling an idea by Trinh T. Minh-ha, where her poetic films aim at “talking nearby instead of talking about”, I turn to the potential of these artworks and informal encounters as poetic forms of knowledge that come closest to creating a sense of a place without over defining presumed truths. They fluctuate between specific and unspecific; shifting scales and assuming different roles in different contexts. They find a way to impress a thought, a feeling, and a sensation even – without annexing the subject into neat categories.

Being an artist, my biases towards certain kinds of works helped make an extremely subjective selection that is by no means representative of art in Dhaka. I want to fill the essay with pictures of artwork and notes by the hour, but resist the urge. No matter how many images or anecdotes I include, they will be but a fraction of those produced by a fraction of the country’s artists. I barely caught a glimpse of a contemporary art scene via accidental meetings and random connections, but the works I saw were reflexive, sensitive and nuanced.

Feb 9th, 2016.
Driving back to Shilpakala from Panam Nagar with Sadia, Shushmit and Julian. In and out of traffic like slow moving sludge.
There is construction happening everywhere. Several roads are shaded by large flyovers with shapes similar to the new concrete infrastructures we see sprouting all over Karachi. In many places, swamps are pitched with bamboo scaffoldings, and wondrous long freighter ships filled with construction sand zigzag between the Shitalakshya river’s shores.

Last night in Fars Hotel.
A beautiful man comes to help me with a complicated shipment. I can’t focus and there is chaos in the lobby as Diana fields censorship by the Chinese Government over Ritu and Tensing’s artwork – a series of letters – for the Summit. The Chinese government’s power in Bangladesh erases the images immediately, revealing another transitory shift in regional relationships with new kinds of colonizers. The removal of these Tibetan letters of protest against Chinese occupation written just before self-immolation is covered by Human Rights Watch, Himal, Hyperallergic and the Washington Post among myriad others, drawing more rather than less attention to the politics of suppression.

Feb 24th, 2016.
Several days past the essay deadline.
I keep returning to the conclusion with nothing but loose ends and no desire to close the chapter. Perhaps some fraction of Bangladesh filtered its way into the white cube via the works and encounters I have described in these pages. Perhaps not.

I am certainly moved, however, by the generosity of strangers, the scale of our similarities, the realization of loss, and the peculiar melancholia of our times experienced in two places 1472 miles apart.

Yaminay Chaudhri is a visual artist and founder of the Tentative Collective.

[i] See chapter 8, on Thoreau and silences in Frédéric Gros’, A Philosophy of Walking.

[ii] See chapter 8, on Thoreau and silences in Frédéric Gros’, A Philosophy of Walking.