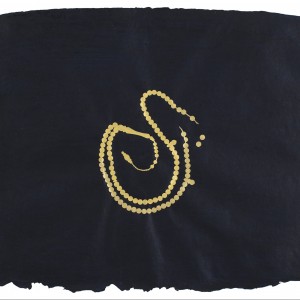 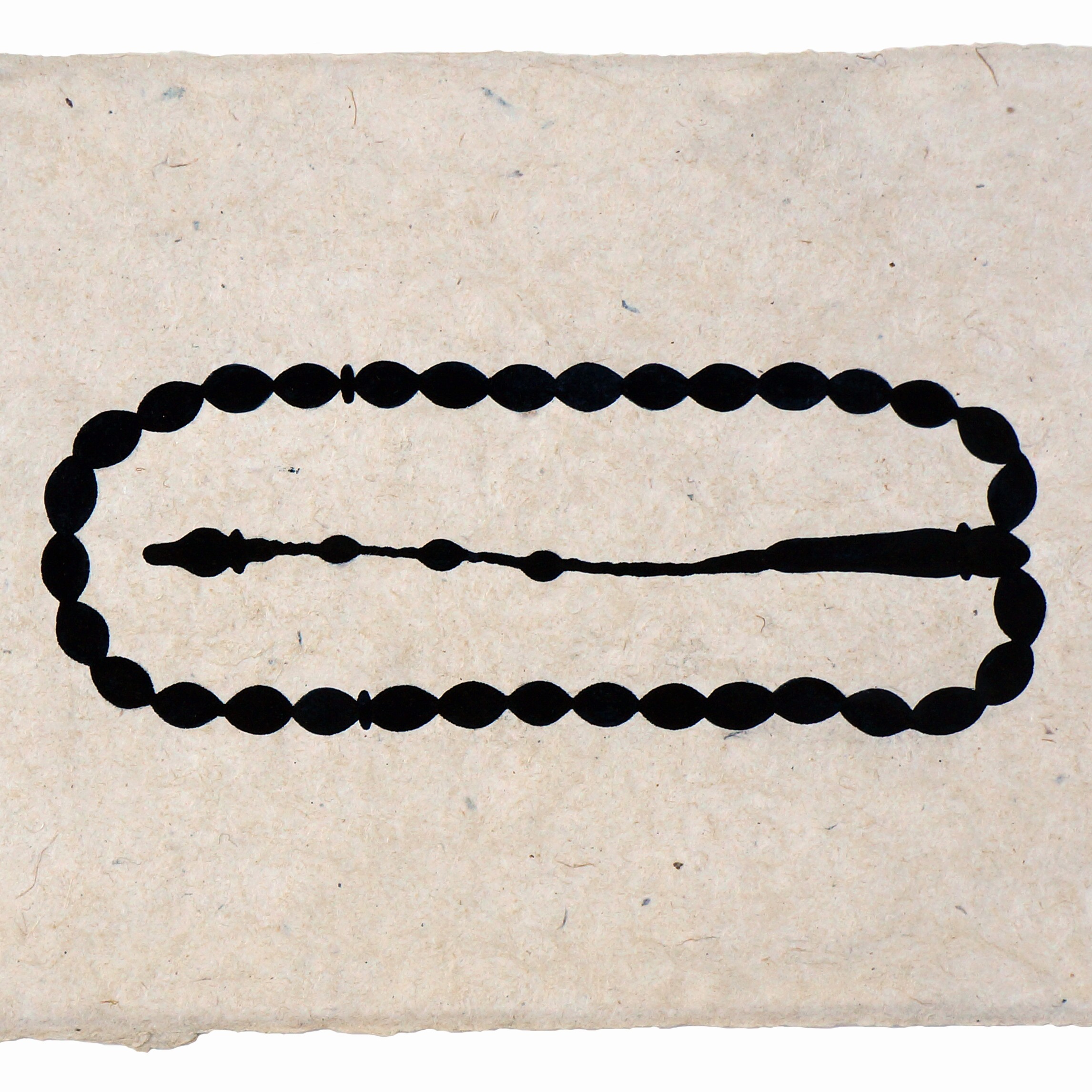 Lifeless forms; beads, paper, gossamer thread, perhaps may exist merely as props in an endless theatre of individuals. Objects are there to assist, to embellish, to enchant; hollow beyond their despairing physicality. Alyssa Pheobus Mumtaz probes further, navigating an elaborate mystical landscape that emanates from her involvement with South Asian spiritual culture and devotional traditions. From this abstract space, where form and essence simultaneously couple and contest, the artist brings forth a hypnotic body of work, divided into four distinct series that explore varying themes on the same spiritual spectrum, under the title of ‘Nirgun Maala’. The solo show opened at Koel Gallery on the 16th of January 2018.

The term ‘Nirgun’ means without form, whereas a ‘Maala’ indicates the traditional prayer beads found within Christian, Muslim, Hindu and Buddhist religious cultures. It is curious to observe the pairing of a word that implies to be without a physical structure with a term that describes a tangible form. However, the beads are significantly symbolic in the artist’s work, exploring several perceptions that transcend their physical shape.

‘Constellations’, one of the series, includes a number of delicate paintings, with gold painted on Indigo Wasli paper. The prayer beads writhe furiously, like an aggrieved, thrashing snake. Undergoing violent spasms, they strain desperately to escape their very selves. The beads have been captured in a process where they fracture themselves, convulsing with an agonizing urgency in order to shed their physicality and flee into a gloriously shapeless existence. An autonomous spirit, heavy with emotion, seems to exist within the shackle-like beads, trapped, rather than at ease with its outer being. The work was informed by the words of Kabir Das, a 15th century mystic poet and weaver, who in one of his poems, rapturously claimed that his maala had broken.

The prayer beads, rendered in indigo on Bhutanese paper, are witnessed again in ‘Characters’, another series. Here, spirits and apparitions come alive within the maala as well, at peace with their shell.  Metaphorizing the fluidity of the changeable soul, the beads rise, shaping themselves into lively forms that imitate calligraphic symbols. The beads become intelligible, shifting into distinct languages, allowing themselves to be heard. Almost like performing a defiant dance, their movements ring with a musical vivacity. Their actions are dynamic, yet choreographed.

The maala is dwelt upon in a different light in ‘Travelers’, as the artist considers the terms Sanskritic origins, which indicate a garland of flowers. Here, textile amalgamates with dyed, handmade paper collage to create ethereal patterned robes. The clothing recalls the robes donned by the wayfaring, Sufi mystics. Adorned with delicate paper, imitating floral embroidery, the alternative understanding of the maala is striking, from controlled, spherical prayer beads to lush flora. The robes linger in the air in a wraithlike manner, as if the residue of their past wearers remains.

‘Looms’, the fourth series, dwells upon the actions of weaving and unraveling and entwining thread with thread. Delicate pencil drawings of threadlike lines, in shades of soft gray are painstakingly drawn onto Wasli paper. Again, the work pays tribute to Kabir Das, as he would spend several hours at his loom, composing philosophical thoughts while he worked. The fine drawings may bring to mind the utter labor of creation and its dismal fragility.

Mumtaz is an American artist who attended Yale University, after which she pursued her MFA at Columbia University. She has showcased her work extensively, both locally and internationally and her practice has been supported by several fellowships from foundations including the New York Foundation of the Arts and the Kittredge Fund. The artist has taught at several art programs abroad and in Pakistan and is currently based in Charlottesville, Virginia.

Mumtaz’s work is dreamlike, reflective and thoughtful. Intricate mysteries are mused over as images of tangible entities, typically bound to their functions; navigate the spheres of religion, journey and mystical possibility as spirited, independent beings. The almost sacred sensitivity of the work pays homage to craft and is heavy with remembrance and meditation, creating a wondrous, emotional experience.

One Response to Nirgun Maala-Koel Gallery