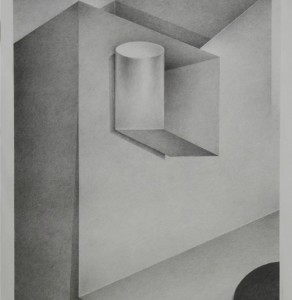 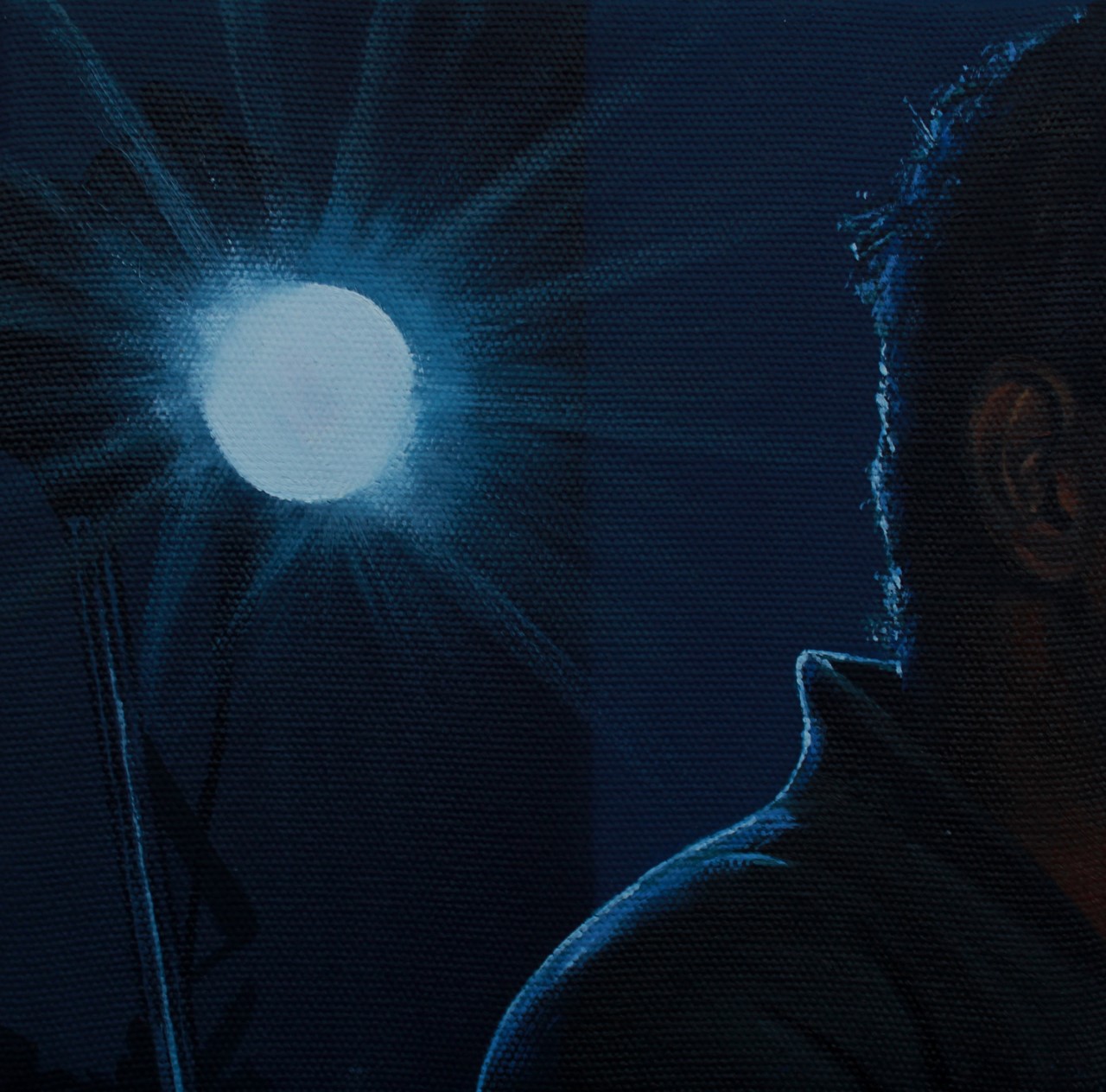 A cohort of seven, having spent the better part of two years together, they now find themselves making work outside the cozy confines of graduate school. Hina Muhammed, Huma Maqbool, Javed Iqbal Mughal, Noor-Ul-Huda, Ramzan Jafri, Saif Ali Siddiqui and Sarah Mir graduated from the Masters in Visual Arts program at the National College of Art last December. Their thesis show six months ago was a milestone, but I think most of us that experienced it realized that they had more to offer. Their practices were charged, energetic, very much still in process, exuding potential. Their works have come together, once more, in ‘New Worlds’ at Royaat Gallery in Lahore. Curated by Saulat Ajmal, the group exhibition lays bare the influence they have had on one another, and their contribution to the identity of the program.

Maintaining their relationships beyond graduation, something not every group is able to achieve, the strength of their connections is evident in their unwavering support for each other’s practices. Having taught them for a year, I noticed a difference in the way this group interacted from the very beginning. They were empathetic; respectfully inquisitive, rather than dismissive, about each other’s personal journeys. They were  accepting of very divergent, at times controversial, points of view. And brave enough to share their struggles in arriving at them.

This unease with having conflicting points of view exist concurrently is perhaps most evident in the work of Huma Maqbool. Her work constantly questions reality and it’s perception, highlighting the  subjectiveness of any one perspective. Her drawings lead the viewer in, and then quickly out again, of any semblance of discernable form or space. Black and white graphite drawings challenge the conventions used in arriving at false perceptions of depth, and illusions of three dimensionality. The impossibilities that exist in her work, are alluded to in her titles; Straight Loops and Boundary of Endlessness.

Also exploring the logic of creating three dimensional spaces, albeit from what one might consider an opposing methodology is Saif Ali Siddiqui’s work. His free-hand drawings, somehow, always evolve from their organic beginnings into extremely structured renderings. They defy the inherent chaos of working intuitively, like finding rhythm within noise. His contrasting and unintentionally geometric compositions explore points of origin and infinite expansions, with hints of colour directing the gaze.

Javed Iqbal’s grouping of small square paintings at one end of the gallery, as well as his diptych Intrusion, wrestle with a relationship that looms large in his life. A mentor and support, is also the source of control and confrontation, ensuing in an idolization outgrown, and a debt still encumbered. The externalization of this conflict and the strained interactions are witnessed as vignettes. Trained as a cinema billboard painter, Iqbal uses the body as a tool in conveying the dramatic. His use of framing and light reference his training. The intimacy he creates through scale, and his decision to continue the narrative beyond the front of the canvas or spanning across multiple canvases, defies it.

Noor-ul-Huda’s black and white drawings explore mundane domestic narratives, but often with details that add the sinister and the humorous in equal measure. Her clinically descriptive  titles, including The Fox and the Woman, Pink Ribbon, and Two Jokers withhold any clues, making the viewer work at creating the much-intended meaning in her work. The inner workings of the relationships depicted in her drawings are often comments on larger societal and cultural influences. Sarah Mir also explores domestic narratives, from a lens that is decidedly more photographic. Her paintings reference poses and scenarios that are at once recognizable; wedding photos, snapshots from childhood, a couple on a balcony. They also reference a pre-digital era, where photographs were actual prints in their compositions and aesthetic. The distortions she creates in revisiting the memories in these photographs create an othering, making these points of view distinctively hers.

Ramzan Jafri and Hina Muhammed are both miniature painters by training, and their works address the far reaching effects of a traumatic contemporary Pakistani landscape in the wake of conflict. Each of their practices has diverged from the rigorous and strict protocols dictated by the genre. Where Jafri reclaims found book covers with gauze bandages, Muhammed’s large scale mixed media paintings use decay to convey an erasure; a covering up, of the loss that they both want to convey.

The exhibition’s cohesion exists in the time and space these artists have shared as students. They have each explored their own concerns, while in dialogue with everyone else’s. They know each other’s work better than anyone else at this moment. Their shared experiences have shaped the aesthetic they carry; a predominantly monochromatic palette, their partiality towards two-dimensionality, and their interest in process rather than a final product. This exhibition leaves me with the sense I had at their thesis show; their practices and their relationships have so much to continue to offer.