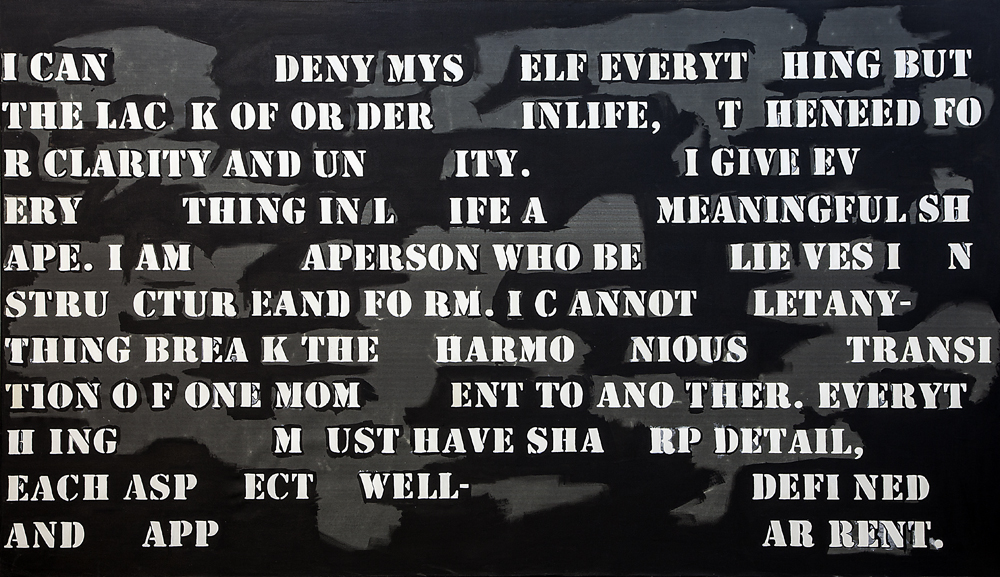 As every year, 2015 brought with it one of the most awaited events. People thronged inside the gates of the National College of Arts to get a glimpse of what the graduating students had brought around this year. Exuberant mobs crowded every gallery space, departments, hallways, stairs and the like. Art collectors could be separated from the multitude, brazenly trying to see which paintings would match their dining room walls and sofas. Some of the high spirited graduating batch could be located in front of their art pieces voicing out their ideas and inspirations to those who queried, while the rest relaxed in the cafeteria, munching on oil-seeped samosas or snored away the thesis tension that had encapsulated them in the last few months.

Entering the college vicinity, the corridors to the right lead you directly to the Zahoor ul Akhlaq Gallery where the Fine Arts department display took a leap start. Paintings and sculpture pieces dominated the gallery where one of the graduating artists Syed Haider Ali displayed his canvases, hung on two adjacent walls. It seemed as if he was playing with distorting perception by painting images that were very linear yet had no beginning, middle or end. The concept of acuity seemed to be under question and seemed to be open ended for the audience to interpret as they please which created a resounding impact on the viewers.

Syed Shahzeb Ali Bukhari made life-sized sculptures out of wood which could be found in the centre of three gallery rooms adjoining one another. The wooden sculptures created consisted of parts of a household furnishing: a dining table with four chairs, drawer shelf, window pane etc., calling viewers to question its purpose.  At the first glance the sculptures look ordinary but being interactive pieces one soon realised that there is a major flaw in their functionality, as the artist had purposely conjoined the pieces together to mar their separate or complimentary functions. His idea focused on the primary platform that builds an individual in any society: the family and the sculptures symbolized just that. But by tarnishing their role he depicted the flaws in the system.

Once the gallery ended then further down the corridor on the right side the miniature department started where Syed Hussain had displayed his miniature paintings. He commented on how he had worked around the human disappearances that have plagued the south-western province of Baluchistan. He further elaborated on how an estimate of thousands of people has gone missing over the past decade and how this crucial issue is eating away at the heart of the Quetta city. And since he belongs to Quetta and has felt the pain of the concerned families he weaved his thesis paintings around the aforementioned concerns.

From there, taking a flight of stairs up the Fine Arts block in NCA towards the second floor led to Farhat Ali’s display. Walking past his work musing over why the walls looked like a messy painting studio and had been left unattended it hit one that this was exactly what the artist had set up to do. He worked around the idea of focusing on the details in his studio that no one really pays attention to, the specks of one’s daily life as a student that go seen yet unseen. So he daringly painted the ordinary and crowned it with importance by placing it on display, provoking the audience to question the boundaries of art.

Downstairs, Rabia Ehsan constructed two installations where she recreated an entire room in one corner and an entire local desi dining area, cloaking both the displays with a single patterned cloth. She commented on how she had created a space for the spectators to “distort their pre-held perceptions of everyday house hold items” and to question their “camouflaged identity crises”.

Nearby, Shameed Arshad showed monstrous paintings and installations that made one curious. She worked with texts where the form remained stagnant while the order was “slightly tampered with making it less comprehensible”. Her aim was to create an “uncomfortable” and an “unsettling” feeling by making the viewer struggle to read an entire statement and thus not know the ending which goes against “human nature to want a conclusion”.

Anum Malik created video installations that had small clips of certain rudimentary actions that were put on repeat, creating very unsettling repetitive cycles. One could stand in front of each installation for hours on end and let it gnaw on their insides. It had the ability to put one in a trance where the feet seemed jammed, unable to move, trying to decipher what the unsettling feeling was creeping up your spine. The artist commented on how she wanted the viewers to feel exactly this, trying to make them experience how a disease can work its way into one’s body and gnaw at one’s core.

This brought an end to the exhibit where a lot more talented artists’ work was displayed but this page didn’t allow for us to cover their beautiful talent. It’s recommended that the readers perch their hands on their laps, sit tight and wait for yet another year of the NCA thesis where talent mesmerizes all.

Faryal Ahsan is a contemporary Pakistani artist who was born in 1990 in Lahore. She is a graduate from the National College of Arts with a bachelor’s degree in Miniature Painting.