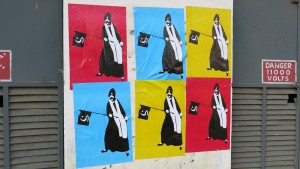 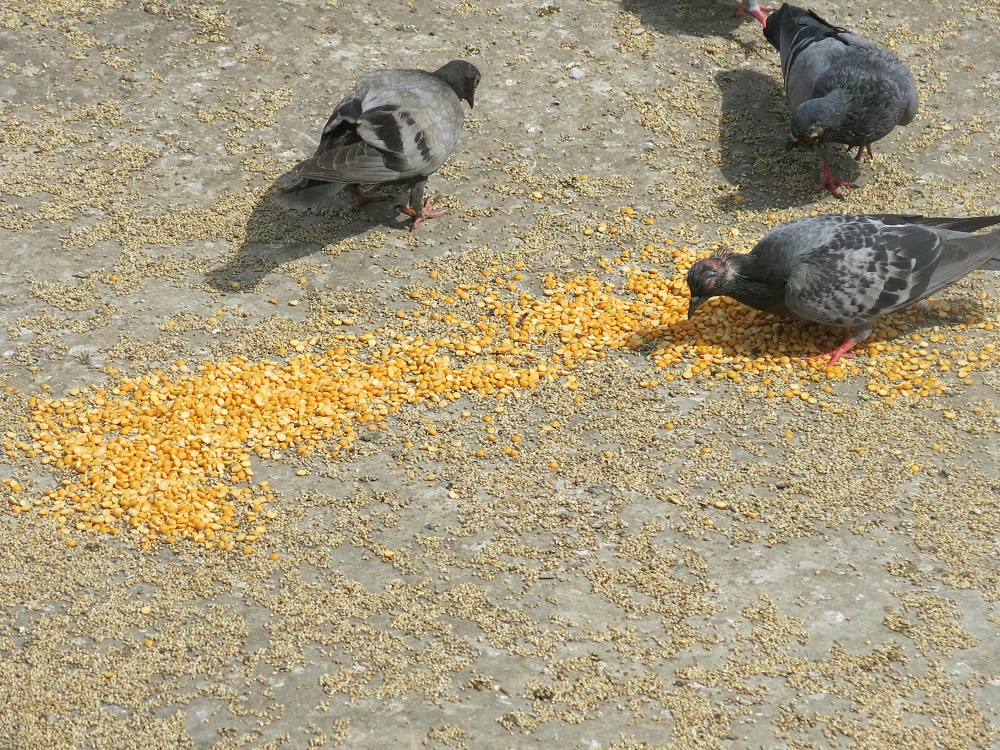 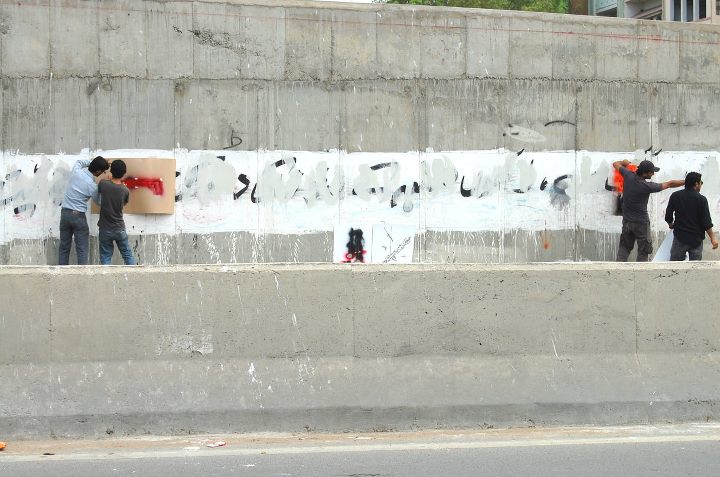 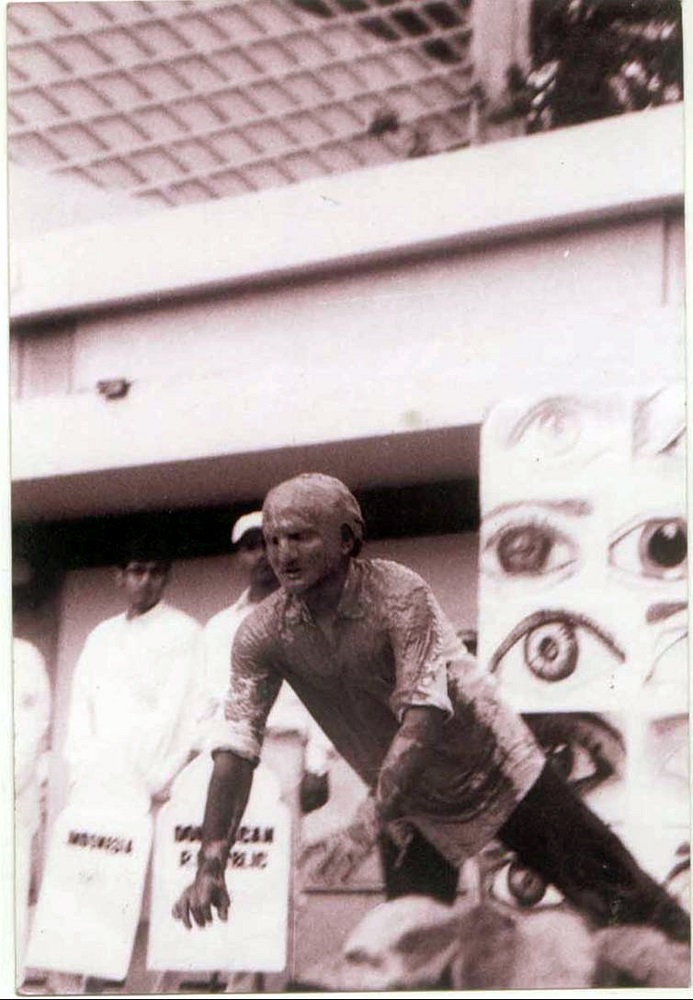 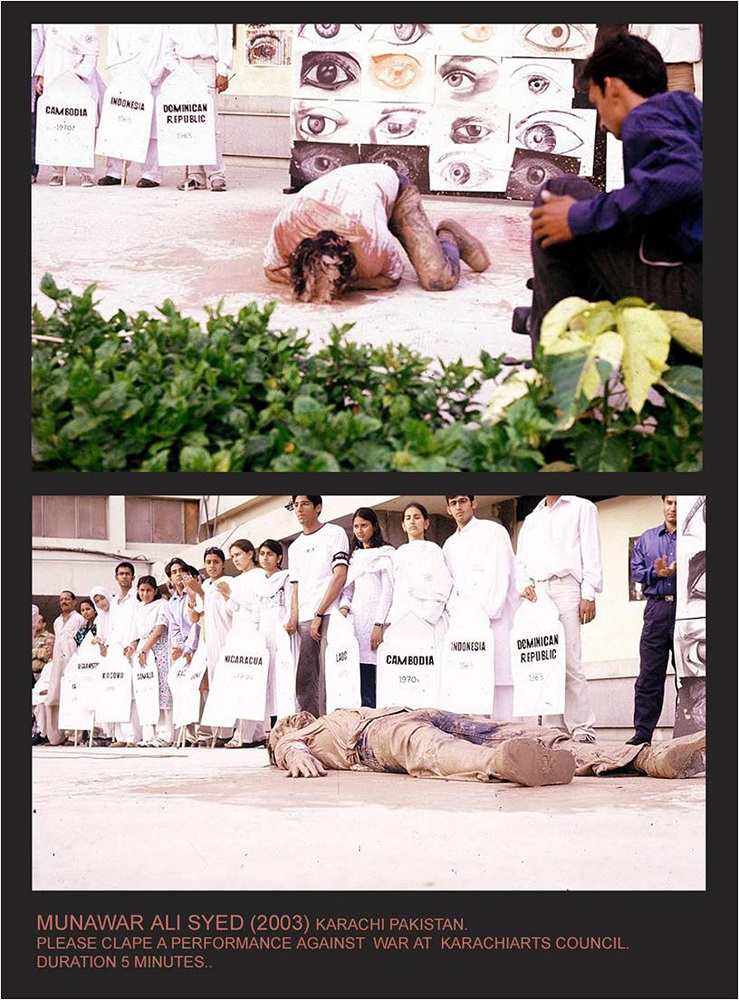 Munawar Ali Syed: The City as His Canvas

Karachi, as an object of desire, continues to inspire artists to reimagine its varied spaces and queer lodgings. The specificity and fluidity of the place and the narrative that develops thereof make it a trans-regional entity.

As an art practitioner, Munawar Ali Syed soulfully engages with the city as he turns its walls and structures into his canvases and recreates them to reach a wider audience. He thrives on the communal aspect of working with a team. Syed graduated from the National College of Arts, Lahore, in 1999. Everything that embodied his alma mater remained precious and nostalgic for him for the first few months after he graduated. However, soon he decided to leave it for Karachi and his native city Hyderabad. After coming to the metropolis, he started teaching at the Karachi School of Art and the Arts Council. His affair with the city and the wider community began in 2002 when he participated in the Vasl Outreach program and collaborated with children at The Citizens Foundation (TCF).

Syed’s addiction of working within and through the public began in 2003 when he performed Please Clap at the Arts Council with the people that surrounded him. The performance was a creative attempt of protest against the Gulf War during that time. Following that, Syed undertook several performances. Sadqae Jaaria, in 2012, commented on the everyday ruthless killing of groups of people in Karachi, through the act of pigeons gathering over to slowly eat chick peas that were patterned as two silhouetted revolvers on the ground. The artist started associating with Karachi walls in 2005 when Abdullah M.I. Syed and Roohi Ahmed curated ‘Labyrinth’. He documented the palimpsest on Karachi roadside walls, digitally printed them onto large canvases and reworked them through his drawings.

In 2010, Syed initiated Rang De Karachi, an ongoing project, which aims to engage the public sector through art making. It organically emerged as an outcome to a conversation with Durriya Kazi about the larger social responsibility of artists. A team that included Durriya Kazi, Munawar Ali Syed, Faheem Rao, Noman Siddiqui, Sumaya Gilani, Zain-ul-Mursaleen, Asad Hussain and S.M. Raza, set out to integrate the arts into the public fold; to make it more accessible and less aristocratic. The impulse of the movement was to bring cheerful, direct and literal imagery outside the confined walls of the art gallery through graffiti, performance and visual art.

Transgressing the wide cube or the traditional gallery space, Syed enjoys witnessing and experiencing certain transformations out in the public. He seeks new surfaces within the city and transforms them aesthetically. The images intervene the curatorial public spaces and make linkages with its viewers. Ordinary conversations created around the work become extraordinary when the pedestrians read into the visuals in ways that are unexpected and un-thought of.

“I worked with my students at Karachi University. Every Sunday we used to go to the main Shahrahain of Karachi to create work on the walls through stenciled graffiti”, Syed adds. As a parallel discourse, he and his group created a social media group that encourages people to create their own stencils about peace, love and countering violence, and later spray paint the walls of the city with those stencils. Sometimes the meaning lies in the act of graffiti itself but often, the conversations that are created around the activity become more rewarding. They create moments of interaction, curiosity and interpretation between the artist, the graffiti walls and the audience. Even confrontation with the police opens up the possibilities of creating new knowledge.

The built environment and the materiality of the city interplay with the sharp, direct, stenciled imagery of flowers, weapons, trashcans, hearts and simple stick figure human forms. Syed believes that “it is important for the imagery to be literal and simple for the masses to easily understand”. The injected transference of an idea onto a roadside pathway turns into an agnostic space. Owing to its repetition, one can feel its physicality.

Pursukoon Karachi, a non-government organization, was envisioned in 2013 as an earnest desire by the citizens of Karachi to regenerate and restore the vibrant spirit of the ‘city of lights’. This initiative began with Noorjehan Bilgrami, supported by a team of passionate individuals, including Munawar Ali Syed, who wanted to raise a voice in an effort to do something constructive about the violence in the city. Syed, with his team of artists and designers, created posters that addressed core issues of security, de-weaponisation and ownership of the city and later hired graffiti artists to paste them on the walls of Karachi. Syed’s poster was an image representation of Maula Jatt (titled Aman Jatt) holding a Pakistani flag instead of a kalashnikoff. These posters were pasted all over the Railway Cantt Station, Jinnah hospital, Saddar, YMCA Ground, Zainab Market and the Arts Council. During the same time he and Taqi Shaheen were actively part of Hathyaar Nahi Pyar, a project initiated by Abdul Jabbar Gul, where children in Karachi were requested to swap their toy weapons and toy guns with ceramic sculptures or other play objects. Later the toy weapons were destroyed, flattened and made ‘dysfunctional’ by moving a heavy road roller over them.

Reimagining the Walls of Karachi is a project currently taking place in collaboration with the Karachi Youth Initiative (KYI) and the Indus Valley School of Art and Architecture, under Adeela Suleman. Syed, with a large team, is taking charge of more than a thousand walls within the city. The project is three-pronged; one part engages artists and designers, one involves students who will work will Islamic patterns across the city while the third is a collaboration with professional wall chalking members and graffiti painters. His last solo show, held at Canvas Gallery in Dec 2014, was also a reiteration of his relationship with walls. Books were slashed into cross sections and made into an illusion of tiny walls, discreetly revealing text over its tactile surfaces.

Syed traverses all genres in his practice successfully; as an art activist, a multi-disciplinary practitioner, performance artist and a sculptor, but why should these terms matter? What matters most is the connection the works builds, with the artist himself and its immediate and larger audience. That is what makes Syed’s work special as he continues to ‘colour’ Karachi; it unites its audience, elicits a dialogue and reaches the soul.

Rabeya Jalil is a visual artist and art educator who is currently affiliated with the Fine Art Department at the Indus Valley School of Art and Architecture, Karachi