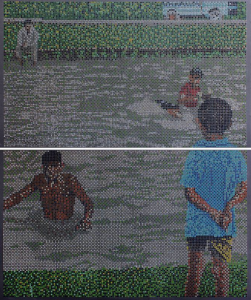 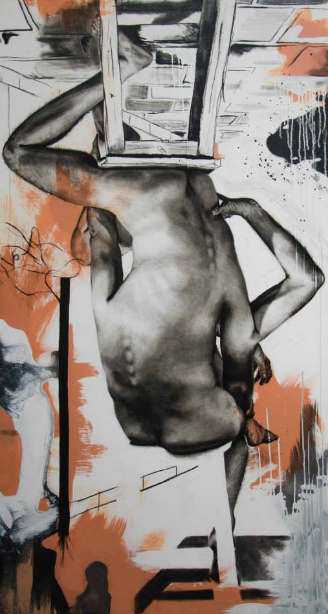 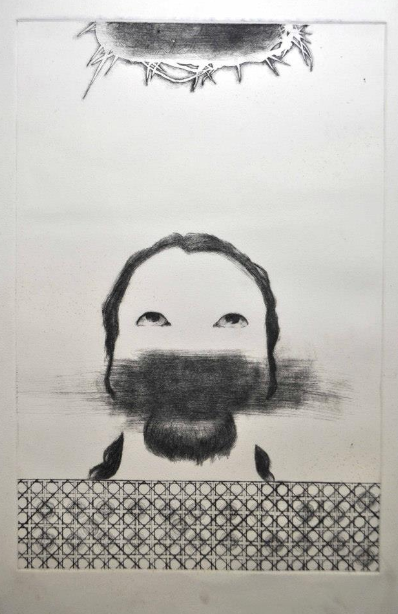 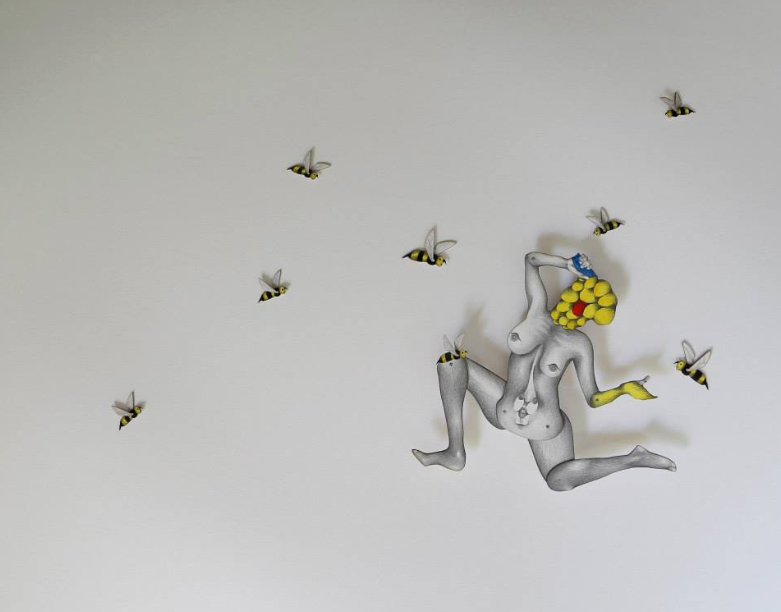 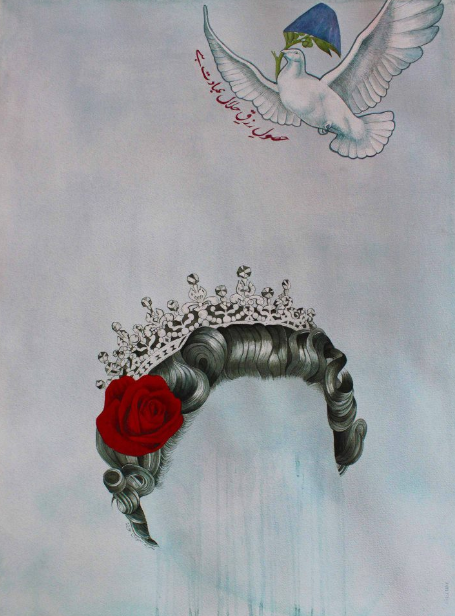 A year is a good mark to review what all you have achieved: seasons, birthdays, and even the odd state of improvement are accomplished. So when Sanat Gallery unveiled their latest exhibition to mark their 1st anniversary, it came as a pleasant surprise to see a showcase of works by selected artists who all exhibited with the gallery during this past year. Abid Merchant, the gallery’s owner began Sanat “to respond to the contemporary artistic landscape of Pakistan,” as he says. Wanting to nurture the talent in our country, he began with an artist residency that set the ground for other such initiatives. This approach is precisely what we require to expand on our art ecosystem. And over the last year, Sanat identified it as well as anyone could.

Abid Aslam is a talented artist who went to Hunerkada and graduated from the School of Visual Arts there. Practicing his art for the past five years, he got his big breakthrough in the group show ‘Drawing Mandalas’ in Karachi in 2012. From there on he took his inspiration of pointillism and began addressing the various themes in his work. From aggression depicted in monuments to mini portraits at Sanat’s residency, Aslam revels in depicting beauty on different scales. One of his pieces, a diptych constructed with eyelets on wasli entitled Welcome Summer demonstrates his creative visualisation of beauty and inspiration from pointillism.

An artist from Kachi (a district near Sibbi, Baluchistan) chanced upon art when he visited Quetta Arts Council in 1999. Ghulam Mohammad expanded his horizons when he secured a scholarship at Beaconhouse National University. His inspiration stemmed from his hurdles – language – so much so that Mohammad would sketch out the presentation slides during his first-year art history classes, unable to understand the English the lecturer would teach in. With the help of his encouraging teachers, Mohammad started collage work with handmade paper. Where he had trouble with English some of his friends came up short in Urdu, prompting Mohammad to delve into the topic of ‘Language as Identity’. He picked up seventeen books, weaved them into carpets, and layered pieces of text on top of another – visually fragile work, which communicated the frailness of languages equally. Most of his pieces are untitled, but the final execution is something that would stay your feet and capture your attention.

Hamida Khatri, Numair Abbasi, and Shanzay Subzwari all graduated from(Indus Valley School of Art. Khatri experienced an epiphany of sorts while studying for her MBA. She realised she didn’t want to follow a life of office timings and humdrum meetings, so upon completing her MBA she applied IVS in 2009 and was accepted. The rest, as they say, is history. After graduating, she went on to take part in community work and residencies, traveling to the UK, USA, and Bangladesh. Gaining confidence and opening up, she constantly shifted her practice. At Milestone Khatri, displayed a marvel of puppets using graphite and watercolours on wasli, such as Plagued, for instance. Exploring the female body, her work embodies movement and freedom, something that she hopes to carry forward in performance art.

Abbasi also has a similar story. Although he was always at IVS, he switched from Architecture to Fine Art as he felt “this was where [his] niche lay.” His senior thesis was second to none and elicited an overwhelming response. He was quickly spotted by Merchant and was fortunate enough to exhibit his work at Sanat a mere two weeks later. His ideas and concepts revolve around the idea of what it means to be masculine and feminine in our culture –a criterion of gender roles. Abbasi uses nude male figures in unlikely gestures and positions, such as in So that beetle was his name, executed superbly with mixed media on canvas. His headstrong nature is evident with the tones of his work at the exhibition. A budding artist full of potential, Abbasi’s exploratory nature will help him produce more work for us to compliment.

His classmate Subzwari has always loved art as a child. She agrees that growing up in a metropolis such as Karachi, she was able to feed her art enthusiasm ardently. Subzwari uses gouache on wasli for her pieces in Milestone. Her neo-miniature execution started off with a fascination to pop art that led her to explore deception as a theme in her work. Currency notes and roses are symbolisms that strongly translate her gouache paintings entitled The First Sighting and Husool-e-Rizq.

Every artist deserves to be mentioned as each brought something unique to the exhibition. Suleman Aqeel Khilji frequently uses sleeping people whilst searching for the fate of the people in his piece Keep Moving II. And you would forgive me if I don’t talk in detail about Mohsin Shafi and his politically charged, yet splendid mixed media collage pieces Uran Patola and 184 minutes of fame. In the end, all thirteen artists exhibited the work that would mark any milestone successful.

Osama Khalid graduated from Indus Valley with a Bachelor’s in Design and Falmouth University (UK) with a MA in Creative Advertising, in 2011 and 2014 respectively. He is currently crafting ideas at Lowe Pakistan.