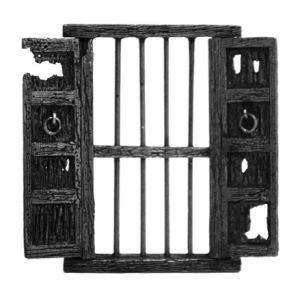 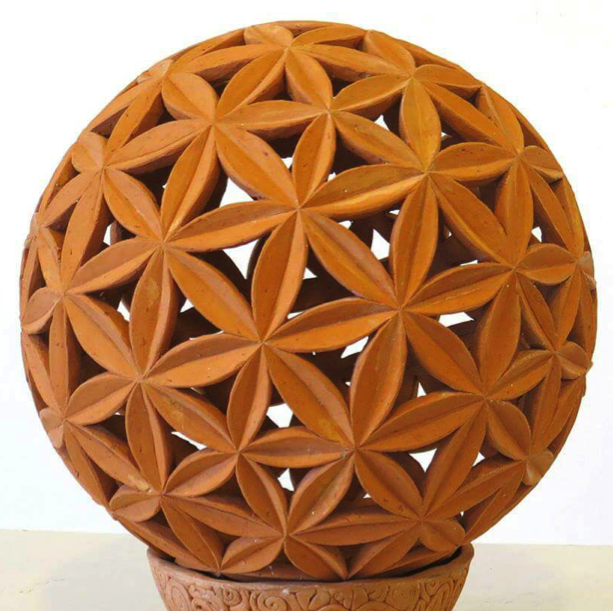 Evolutionary trends can predominately be witnessed though the youth of society. How they feel, interact and perceive the surrounding world is important in anticipating the future of businesses, economic demand and general fruition of the society. In a similar way, observing the scope of art created by the younger artists of Pakistan open a small window for a glimpse of what the future art scene could look like.

The space was filled with various narratives with multiple concerns overlapping. Rabia Khan, a recent graduate from Karachi University, created illusive work that deserved a second glance. Her near-perfect creation of construction material left a lot of the audience confused at what was so special about the work, until of course, one turned to the small write-up accompanying the work. Her play with what art is and what it should be is also explored through the works of Hasnain Ali Noorani. Here, the medium becomes the work, that is, instead of drawing with it, the artist carves unbelievably realistic (and functional) doors and windows on blocks of graphite. Like Khan whose work is a clear inspiration of the numerous unfinished and discarded building projects in the city, Noorani’s work is reminder of the construction and life of the village, where boundaries are fewer between neighbours. Wajid Ali’s lit up drawings capture the chaotic madness of city life, with constant struggle and overlap of nature and construction.

Suleman Faisal’s mechanical mirror installation becomes an example of inner turmoil and constant discouragement to oneself, something that we allow to methodically happen all the time and eventually it becomes relentless buzzing. Rameez Rehman, also working with mirror, uses different shades and colour and refuses the object its preliminary purpose, that is, to produce a reflection. Instead the viewer must witness a distorted self-portrait raising the question of whether a reflection is even a true representation of oneself.

Madiha Hyder, Syed Hammad Gillani and Batool Zehra all dabble in the art of new media creating looped videos of ephemerality. While Gillani shows three versions of himself staring back at the viewer, removing all essence of time, Zehra and Hyder create stop motions bring their two dimensional work to life. Zehra’s traditional design in ash slowly fades with time while Hyder’s recreation of her cat playing with a ball becomes her measurement of time. The loss of any plausible beginning or end in the case of Gillani’s video is brought back through the transitions created by the latter two artists.

Another stop motion animation is by Indus Valley alum, Hamida Khatri who tackles the daunting issue of child abuse and manages to speak of it grievances through the simplicity of puppetry. In the room at the side was an interactive installation by Numair Abbasi, which was one of the more exciting pieces of the show. Asked to pose for a picture in a room redesigned to look like the artist’s personal space, the audience was photographed, alone or in a group, only to be shocked when the printed version had the audience accompanied with a nude figure of the artist Photo-shopped in. This daring piece caused both excitement and agitation among the audience but that just added to the success of the work and raised questions on the fragility of sexuality and societies’ incessant need to cover natural being and urges. In turn, it triggers one to shy away or anger when an individual chooses to display their vulnerable selves. At the same time, however, the vulnerable is in control, choosing who and how he shocks the viewer reversing the reigns of control.

Masood Subhani and Sahar Musharaf tackle natural material in their work. While Subhani allowed rust to take shape and will the visual on his canvas, Musharaf takes advantage of the malleability of terracotta and produces beautifully intricate geometric spheres that are curved into spheres. With the level of talent and diversity, it is hard not to see Zafar’s reasoning behind choosing each artist. Tackling issues of universal, cultural and personal natures, the show, like its predecessor produced an exciting preview of what one should expect from the future of contemporary art in Pakistan.