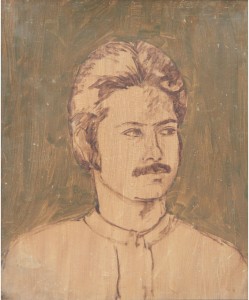 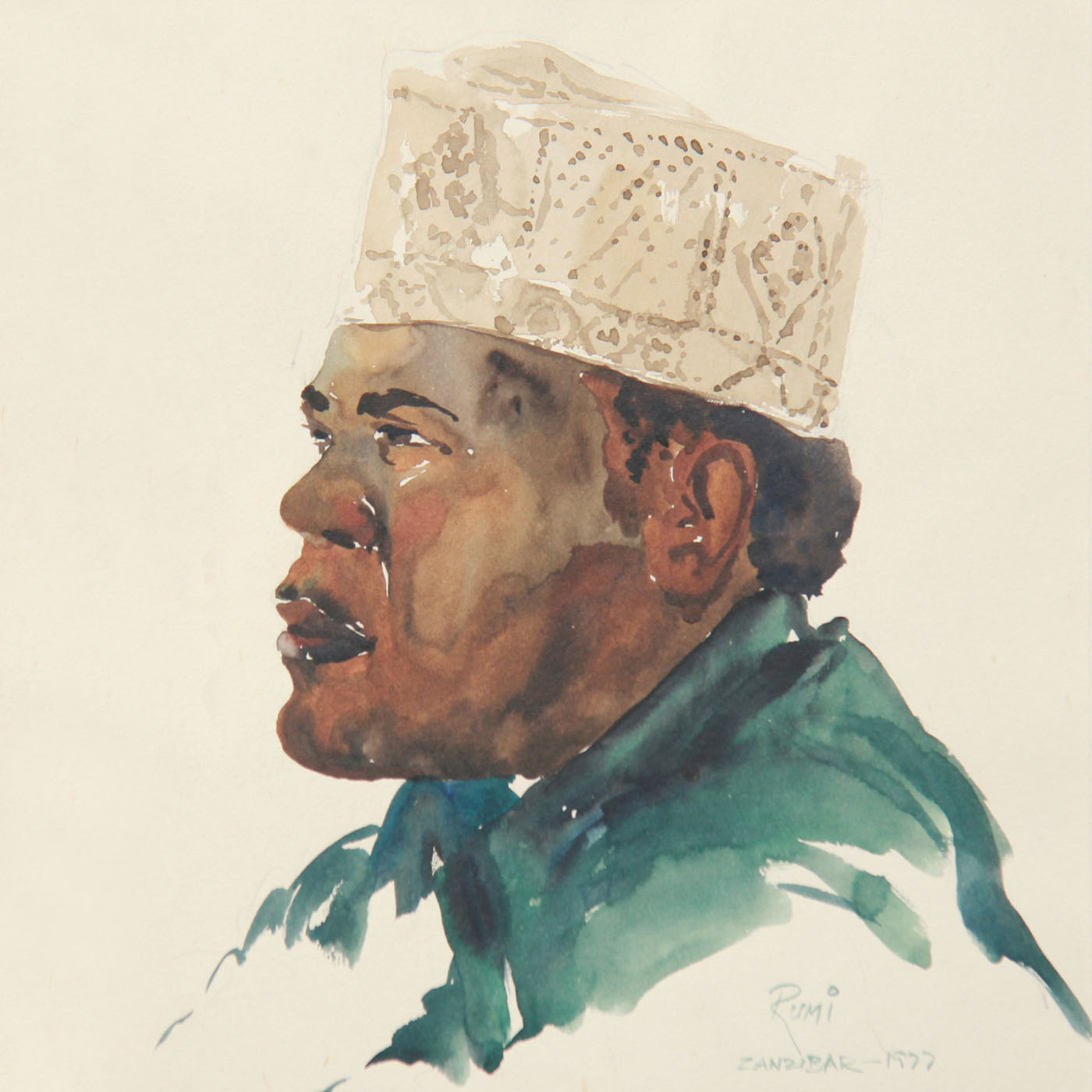 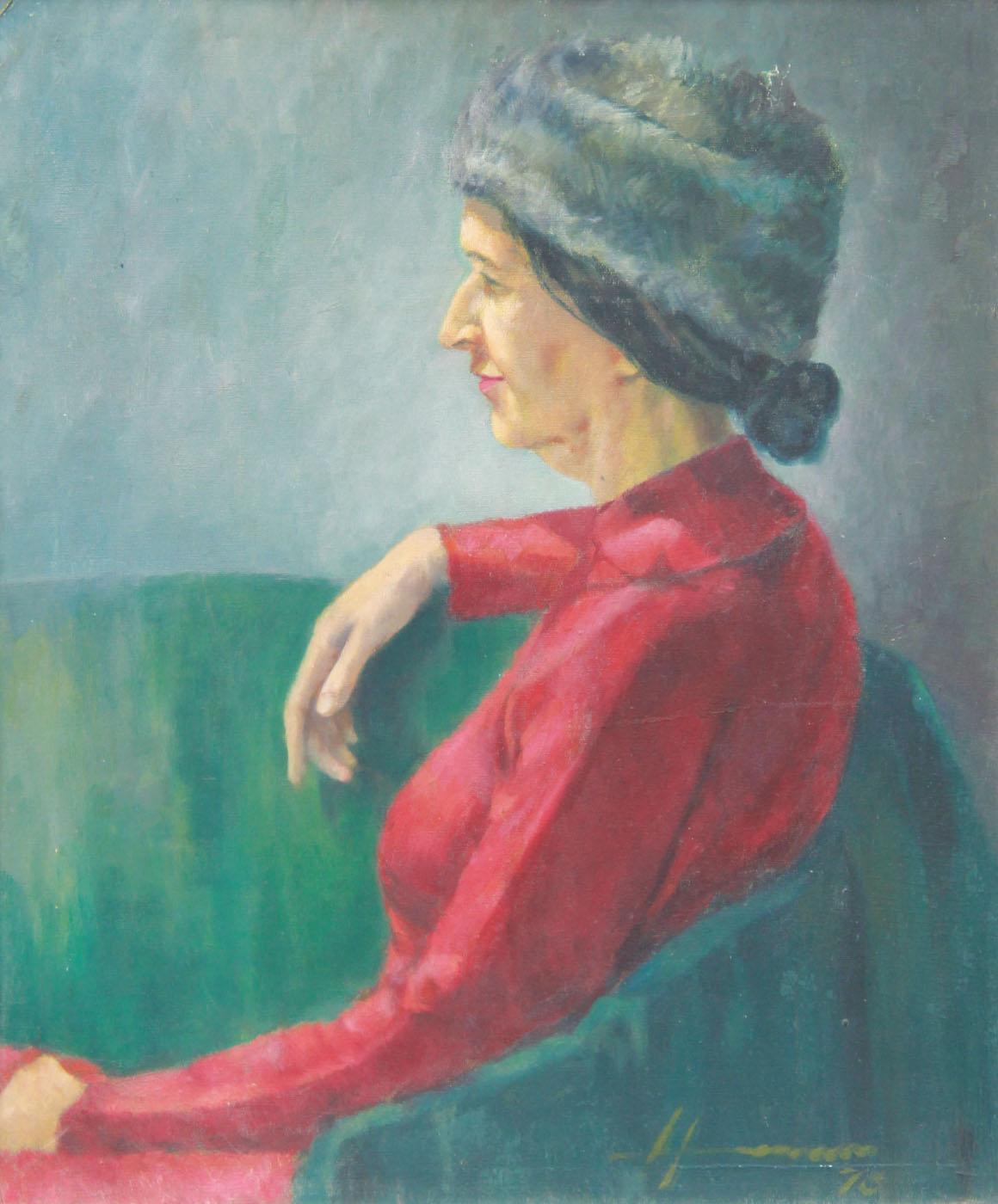 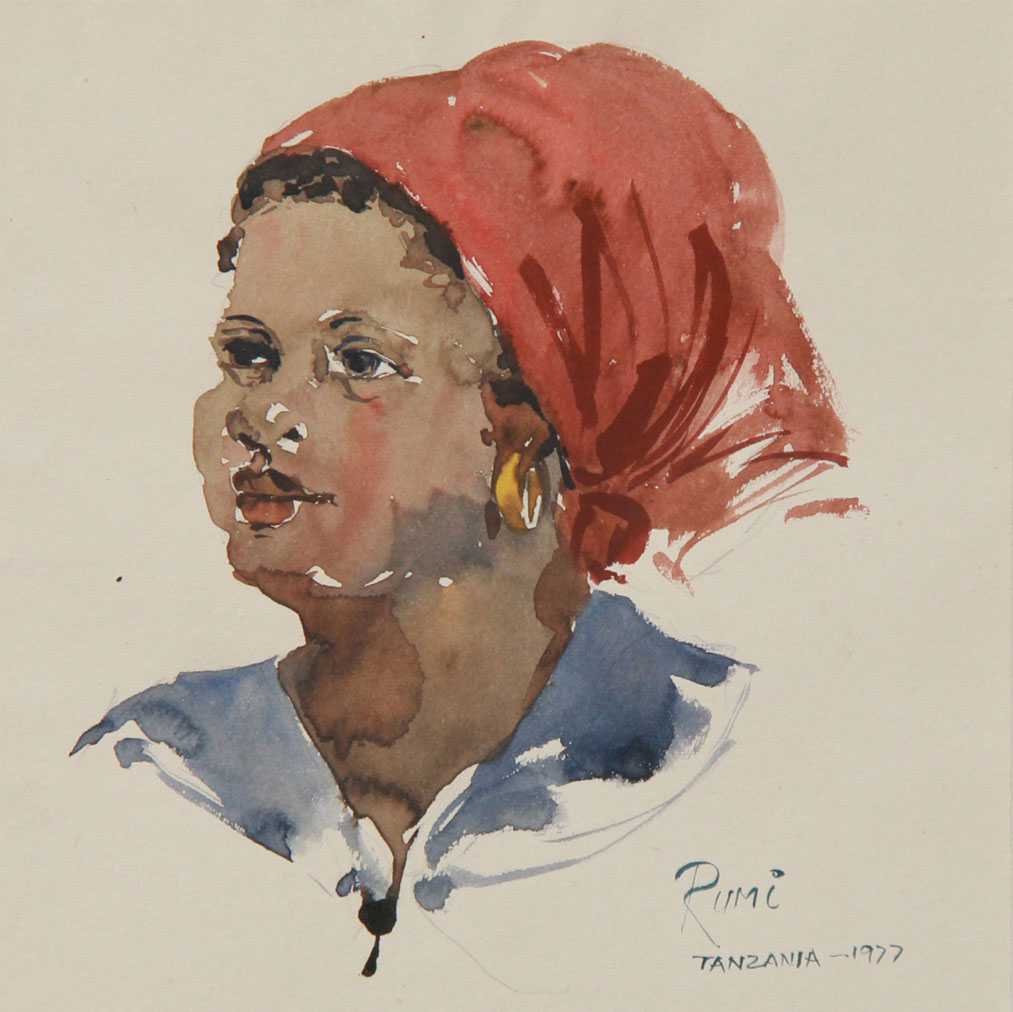 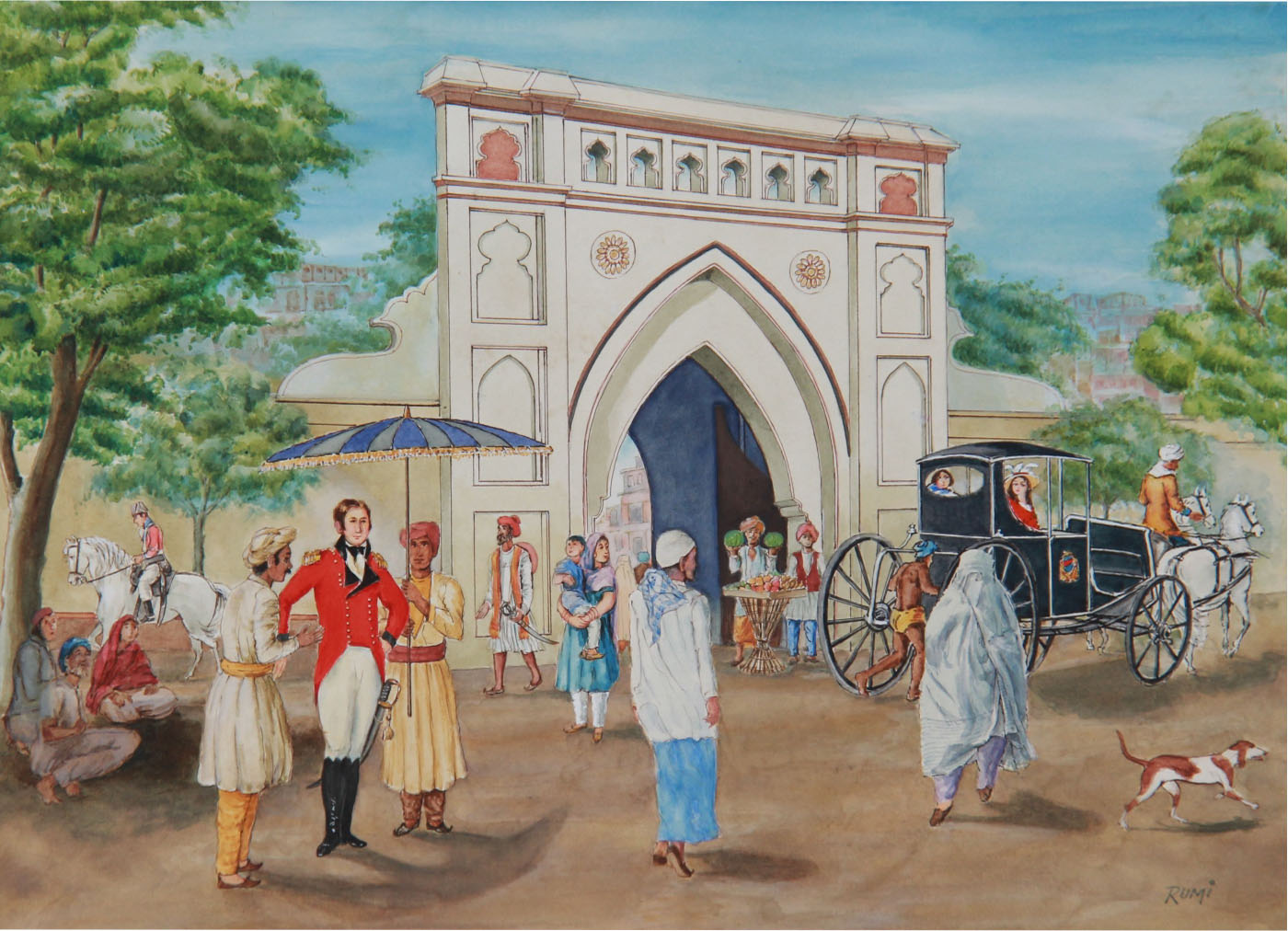 Many eyes meet yours, evade yours, seek out distance and yet, are unquestionably aware of yours as you walk into Mehmood Hassan Rumi’s retrospective at the Zahoor-ul-Akhlaq gallery. It is easy to assume that most of his work comprises of portraits, though that leads us to examine in depth as to what comprises a portrait in the first place. Is it enough to seize and imprison the topography of shifting muscle, flesh and bone onto a surface or is that even necessary? Typically, the scope of portraiture and therefore, its definition has varied but there is perhaps one inescapable element that is common to most of these images: the instrument of the artist and thus his/her subjective perception. So be it typical live painted portraits, photographs, satirical portraits, effigies, voodoo dolls, death masks, donor portraits of the reverent in places of worship, or any other of its multifarious forms, we are sure of the involvement of another person in determining our likeness. Particularly, today our ID cards and other such documentation carry pictures of us by anonymous photographers and it is these representations that bestow upon us an official identity.  To prove our existence, we have to resemble a likeness of us. Under these enormous pressures, it is no surprise that the picture often falters and many of us do not think that the likeness is faithful. This involvement of another may sometimes be invisible in person and name but is still inevitably present in the image that is presumed to be ours. Between the subject and the artist, thus lies a gulf of power.  Try as one might, it is not possible to deny the artist his/her agency whether it is involuntary or intended, even when the subject in all other respects is more powerful than the artist. A recent example of this is the commissioned portrait of Kate Middleton painted by Paul Emsley which despite being a diligent attempt at a religious likeness, or perhaps because of it, was condemned by popular public opinion as unflattering. More overtly, Michelangelo when commissioned by the Medici family seemingly did not worry over an exact likeness and is reported to have dismissed the concern by saying that in any case no one would remember what they really looked like in a thousand years. Similarly, although working under dominant tradition and the ethos of a workshop, it is erroneous to simply claim that the miniature painter in a Mughal court could not interpret to their liking.

Given this uneven relationship between the artist and the sitter, Rumi’s work is divisible into a few categories. In the first set of works, he draws and paints people he is familiar with, and often these people happen to have occupied significant public roles in the Pakistani art world. Most of these portraits are warm, painted in unabashed ochres, perhaps as a result of the geographic location and skin tones of his sitters. The identification of a person in these images naturally aligns the viewer to look not just at the formal aspect of the work but also to construe a character for the face. This conception of an individuality means that these works are truer portraits since they fore mostly seem to encase some kind of knowledge about a particular individual and the viewer is led on by the promise of gleaning this understanding from the work.

The character of Rumi’s images changes considerably with his relocation to London. The palette is colder, less saturated and more solemn. Gone is the direct confrontation of the earlier group and the frame of these works carries a little bit more than the just the face of the sitter. The settings, though stark, are now identifiable as spaces occupied by the persons in the picture, unlike the flatter backgrounds of the earlier portraits. Often the models are unnamed and their gazes are averted which leaves little distraction for the viewer and hence, we are directly occupied with the formal aspects of the paintings. In these works, it seems as if the artist has used facial features of different people in service of his own ideas about drawing and painting.

Another set of works on display are cityscapes of the walled Lahore. These were made to be featured as calendar spreads and accordingly the character of these works is part decorative and part descriptive. The architecture particularly is slickly drafted and painted. However, the activity within these works is not always so neatly contained. An unobtrusive stray dog walking out of the frame, the wandering gaze of a character, the seemingly casual placement of a fully decked out gora sahib, and other such instances of perhaps, unintended description end up providing a mediated window upon a scene of a bygone time, not unlike an archival photograph.

Rumi’s work changes again with geography as is evident in his watercolor impressions of Africa. The change in medium is possibly to accommodate a change in pace. These quick flowing sketches seem to be executed on the move. The impetus for these seems to be a curiosity in unfamiliar facial forms and skin tones and the need to preserve this memory, an act that tourists today perform more conveniently with photographs. This act of documentation of people deemed foreign is also resonant of the some company paintings commissioned by the British whereby through representing, classifying, simplifying and binding the social and cultural fabric of India, they also sought to control it. However, Rumi’s work as an individual observer does differ from this power dynamic not only because he possibly seeks simple gratification and to cement his memory but also because his subject, albeit anonymous, are not entirely voiceless. From the poses and the detailing, one can assume that these subjects are sitting for the painter with consent and therefore, are putting their best ‘picture face’ forward. In fact, such live portrait painting can be likened to a two way performance – one in which both parties are the audience and the actors simultaneously. ♦

Madyha J. Leghari is a visual artist, writer and a graduate in Fine Arts from the National College of Arts, She lives in Lahore