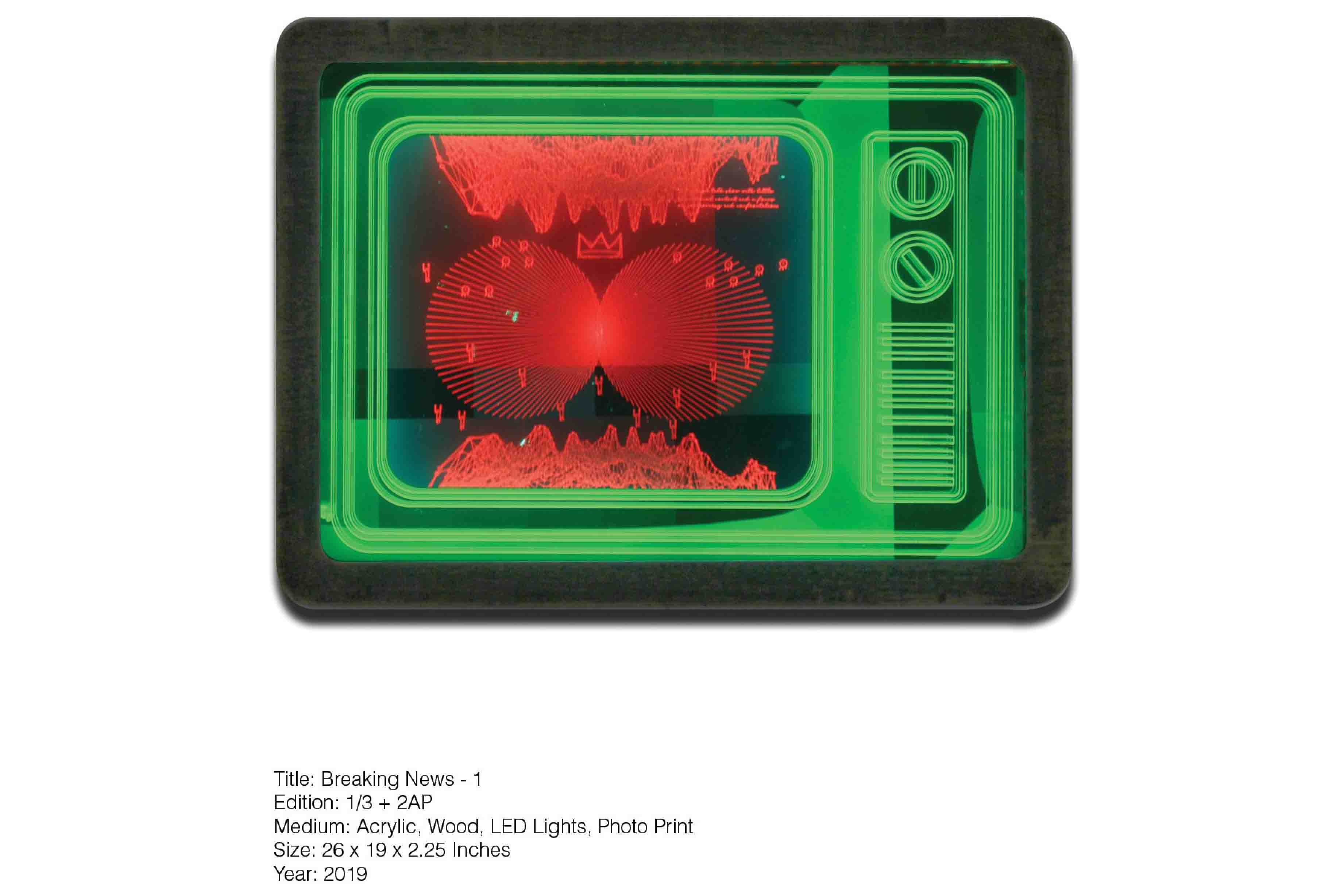 First National Calligraphy Exhibition 2019: A Review
If you have tears
After Lyari Expressway

An alumni of Indus Valley School of Art and Architecture, Habib has exhibited widely both locally and internationally. About his current body of work Habib says “Since the advent of radio, the newspaper was at risk of becoming redundant, being dethroned. It subsequently begged the question, would “video really kill radio”?

Today we are at a crossroads, waiting to crown the new monarch; but who or what will it be?

Media continues to exercise omnipresent influence on humanity, with digitization being at it’s fulcrum of impact, and causing massive disruption for humankind, irrespective of creed color and religion.

Aamir Habib, artist and provocateur, encapsulates this tandem of play and represents it in his work. He displays our dependency and loathing in equal measure, leaving the tantalizing question: what is media’s role”?