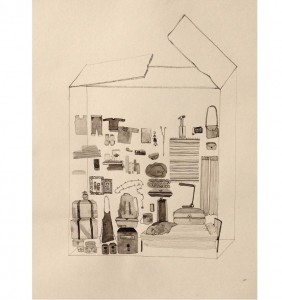 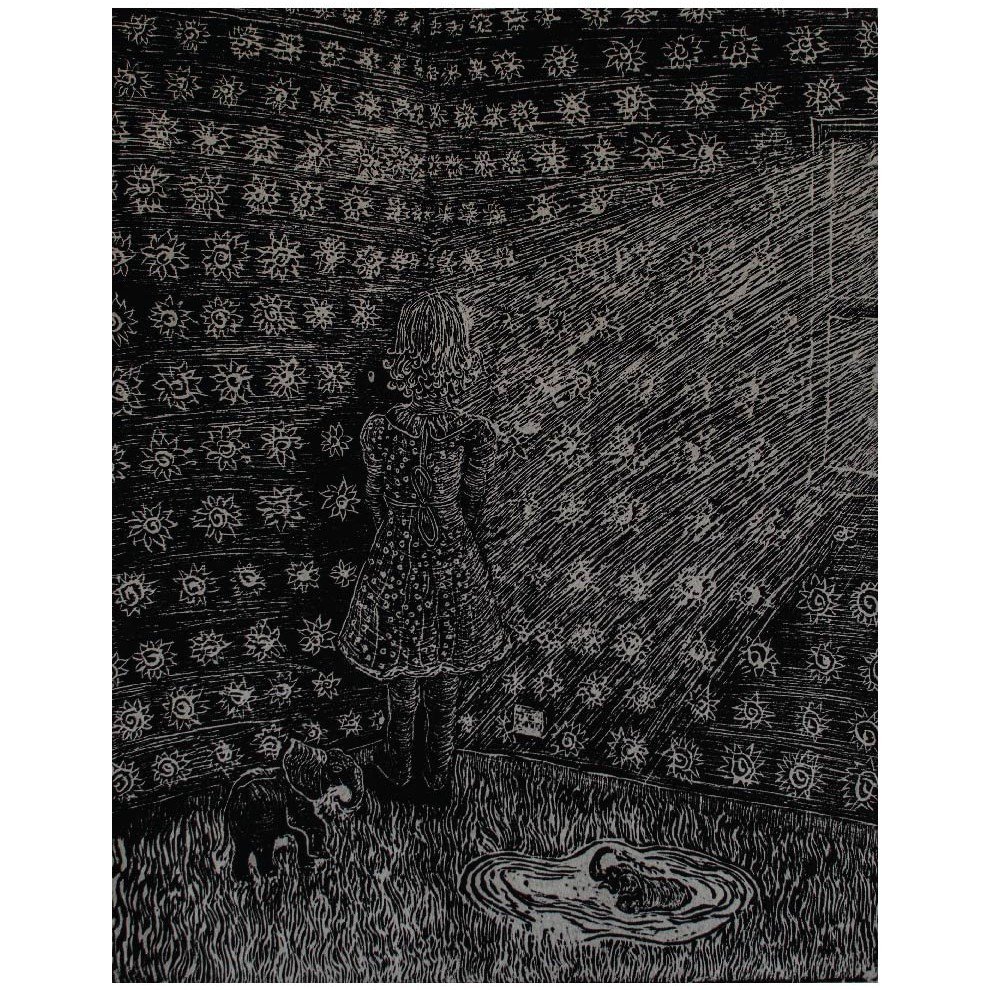 Means to an End

A 5-person group show held at the Studio Seven Gallery was curated by Anum Lasharie who explained that the premise of the exhibition revolved around notions of simplicity in a sometimes overly convoluted and pretentious world. At its essence, every thought, action and concept is simple but it is human’s need to exaggerate matters and ‘make mountains out of molehills’ as it were.

A fairly fresh group of artists, all working in the realm of two-dimensionality fabricated work that ranged from traditional mediums of watercolour and printmaking to new media such as print. The cohesion of the show was clear in execution, display and concept. Each artist spoke from a personal event that not only shaped their work, but also allowed them to evolve as an individual. Interesting to see, was also the almost seamless blend of the pieces with one another, like a choir in perfect harmony. With muted, monochromatic colours and similar sizes each artwork managed to stand its ground while also allowing the eye to move to the next.

Aisha Bashir aims at defining the concept of ‘home’ beyond the traditional notion of family by looking at how a simple memory, or affiliation to an object can just as easily create a similar safe haven. Through straightforward execution with pen, watercolour, print and paper, Bashir created small pieces listing down the objects that remind her of home. With just an architectural floor plan of different rooms, the artist cleverly stuffed them with objects, either drawn or written showing how much more important those things are in comparison to the actual building structure. Coupled with these were writings; short, straightforward phrases describing spaces at the present moment. Her most interesting pieces were those labelled ‘Future I & II’, which gave the viewer a sense of the artist’s forthcoming aspirations.

On the other hand, Amna Suheyl discusses the lack of homeland in her work. As the daughter of an immigrant from East Pakistan, Suheyl deliberates the pros and cons of being a diaspora that she has grown up hearing, through her prints. The medium is an intelligent tool in relaying Suheyl’s concerns; with all titles containing the word ‘ghost’, the embossed prints further add to the idea of a ghostly presence, as without ink nor colour, the emboss draws out an image for the audience. The mere depression in the paper creates shadows allowing apparitions of an image to appear. Another effective aspect of the artist’s pieces are her use of strong line work, even in the case of the text-based work, which allows clear differentiations and understanding of the image.

Line work is a key feature in printmaking especially when colour is limited and this can be understood through artists, Shehzil Raza and Noreen Ali Parpia. Relaying her personal insecurities with obesity, Raza displays three linocut pieces. Each one was a simple yet relatable visual to those with similar uncertainties. The modest prints depend solely on line, which beautifully creates forms and depressions on the flat surface. More so, the minimalism lent the work a unique contemporary, almost mundane quality, which enhances the despondency, felt by the artist.

In contrast to Raza’s minimalism, Parpia’s woodcuts are highly detailed. Lines of varying quality and quantity allow the artist to create depth, motion, form and differentiations between objects. She describes her work as nihilistic in nature and the nonsensical quality and lack of normalcy is evident through the girl facing away from a pond flowing out from a house floor or a boy holding a big fish while standing under the shower. The faces of the humans are distraught, perhaps a truth of their unknown situations and stare back at the viewer desperately trying to say something. In the context of this show, one understands Parpia’s work as something that doesn’t beat about the bush but instead has thrown the bush to the side, baring out obvious truths about mankind.

Working with traditional mediums of pen, graphite and canvas is Fahad Saleem Faridi. The artist who like many others, is in constant battle with the realistic pressures that come with this profession. This conflict arises in his practice and the work produced is abstract and confounding. Distortion with facial features, playing with negatively coloured visuals as well as having exact printed copies placed near the actual piece are all furthest way from straightforward art. Faridi forces the viewer to stand before each piece, forcing the mind to unravel the distortion only to find that one’s interpretation may vary from the next. But that is also the point; in an attempt to decode his work, one learns more about themselves than they would about Faridi. His work therefore, becomes a mirror, a mere reflection of the actuality within.

As a curator, Lasharie shows great strength in understanding the artists chosen and was able to identify how the pieces could work together, thereby, displaying an aesthetically successful show.