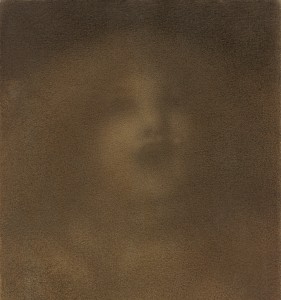 Matthijs Maris: An Innovator in Painting

Dutch painters who worked in The Hague between 1860 and 1900, producing renderings of local landscapes and the daily activities of local fisherman and farmers in the style of Realism. They extended the traditional focus on genre of the 17th century Dutch masters.

The Rijksmuseum in Amsterdam recently exhibited the works of Matthijs Maris (1839- 1917) one of the most unconventional artists of the 19th century. The paintings, drawings and etchings displayed are from the Rijksmuseum collection, the Burrell collection (in the city of Glasgow) and a private collection.

Trained in the romantic tradition at the academies of The Hague and Antwerp Maris followed in the footsteps of his older brother Jacob by paintings in the Realist manner of The Hague School. Eventually Matthijs chose another route, he desired to depict his own ideas on both canvas and paper. Maris’s painting career took off in Paris and London, he is known as a precursor of the Symbolist movement. This particular movement accentuated the meaning behind forms, shapes, lines and colours.  His panache of working is using a multifaceted layer build up with many translucent thin layers to achieve the almost gleaming and glistening effect.

The exhibition at the Rijksmuseum pays special attention to Maris’s late paintings in which he demonstrated a very individual and almost mystifying style. Along with the exhibition on the artist’s oeuvre, an examination of his painting, drawings, etchings are apparent.

Maris accustomed his techniques to a new direction, which he described as non-material. While looking at his work, one can deny any suggestion of perceptible authenticity, Maris often painted in several layers while using avant-garde methods and tools, forcibly expunging and obliterating his charcoal and watercolour. It was through his choice of materials and technical practice that Maris developed a distinctive style. He lived in Paris from 1869 and in London from 1877 and connected with the international innovative at the time with artists such as Camille Corot and James McNeil Whistler. Maris became an inspiration for young Dutch artists from the 1880s and is considered one of the most important artists of his generation.

(Images are courtesy of the Rijksmuseum)