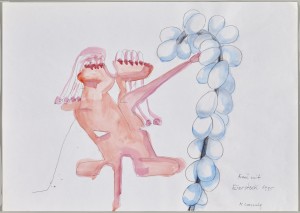 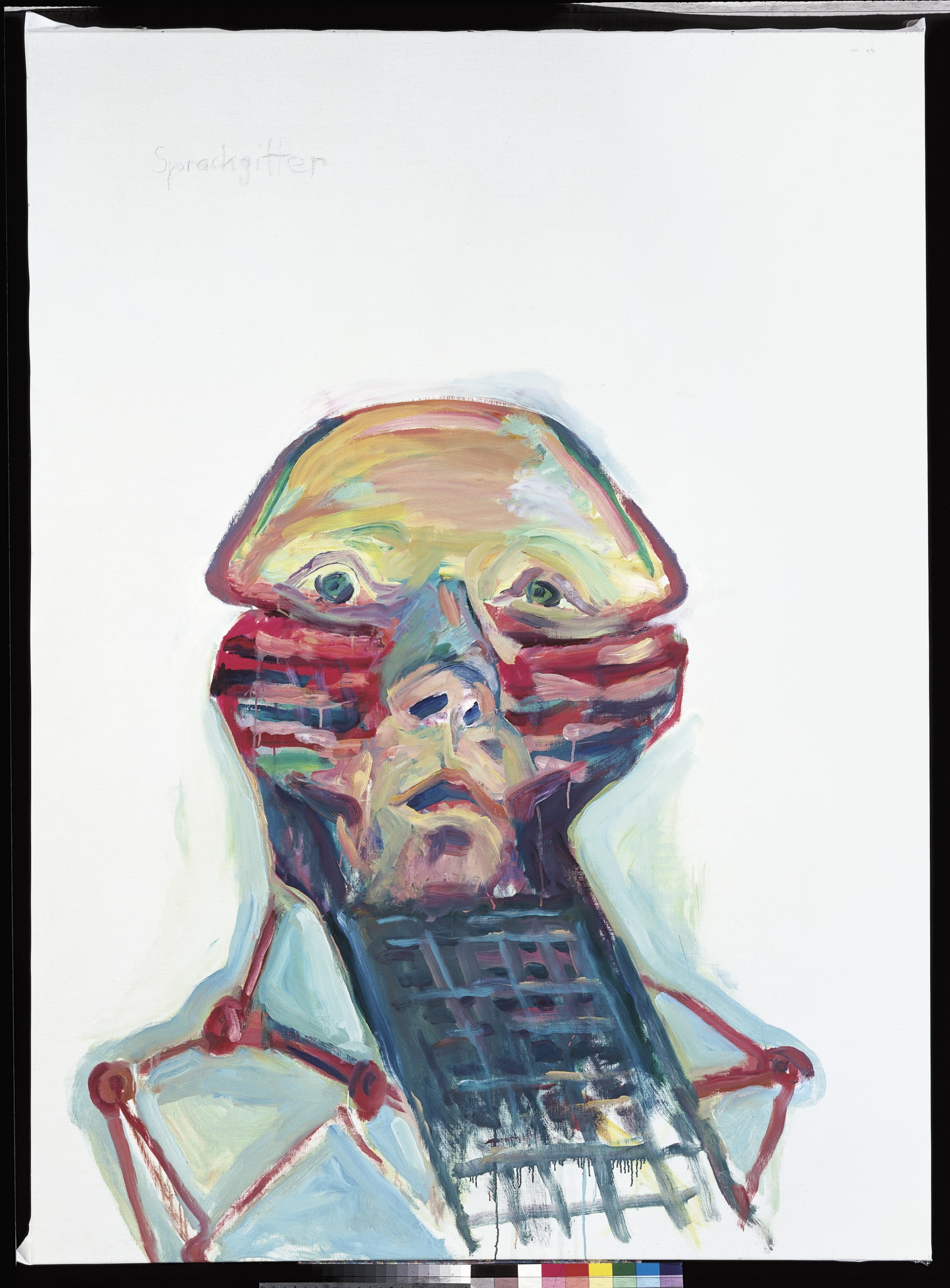 Maria Lassnig: Ways of Being

The retrospective Maria Lassnig – Ways of Being is being showcased at the Stedelijk Museum in Amsterdam. The exhibition features more than 200 loaned artworks, with important pieces such as Woman Power, Sprachgitter and her last self-portrait Selbstporträt mit Pinsel. The Austrian artist Maria Lassnig (1919–2014) is internationally regarded as one of the leading artists of the twentieth century. She made her name with her ‘Körperbewusstseinsbilder’, or ‘body awareness’ paintings, in which she portrays the stirs and commotions experienced by her body, by means of which she demarcated her association to the world. Her art is either body sensation or body mindfulness, and it is mutual at once. Satisfactorily, her best work remains experientially between sensation and awareness, as it explores the self and expands the frontlines of the self-portrait.

Walking through the retrospective one begins to understand her idea of body awareness, a method Lassnig developed where she would only paint the parts of herself that she could feel, in her mind and body, while standing in front of her canvas. This stemmed in half-done views, dropped jaws, singular ears and hyperbolic noses found throughout the exhibition. As one views her work, her run-through of body awareness decodes into an instinctual understanding of figuring the figure, turning it inside out and back again.

Lassnig was an exceedingly imaginative and inspirational artist who was often ahead of her time. Her work preserved its contemporaneousness, principally because she sustained to address all the themes that she investigated in her work beginning with her own physical experience. With that they are compelled to her in person but not to a particular stage. Also astonishing was the causticness with which she tackled even the most perplexing themes making them exciting and tolerable.

It was after completing her education at the Academy of Fine Arts in Vienna, from 1950 onwards, Lassnig concentrated on abstract art. She made numerous visits to Paris and these enthused her to investigate her art with colour, shape and natural painting. From 1960 to 1968, Lassnig lived and worked in Paris. Regarding primarily concentrating on ‘Strichbilder’, large paintings with shapes that consisted entirely of coloured line. She then went on to paint a more figurative style. In 1968 Lassnig moved to New York, where her ‘body awareness paintings’ were largely unknown. She reacted by dispensing her vitalities into a credible form of painting and animated film. She released eight animated films. In 1974 she created the feminist innovative group Women/Artist/Filmmakers, Inc. with other female and film artists. During this time, she displayed her paintings and graphic work mainly in Vienna. While the panache of Lassnig’s work frequently changed, her premises stayed the same.

In Sprachgitter/Language Grid, a self-portrait of 1999, vocal and painterly language are empowering and restraining at the same time. The painting’s size and scale are immense whereby the artist’s head, apparently under construction and set against a blank field, calls to mind nineteenth-century photographs of monuments in the making such as Liberty’s torch, whose enormous proportions would be evaluated by the part as well as the intact. It is interesting the way the vocal cords seem to be prolonged on a lattice in the painting, a reminder that language is a base or grid that enables manifestation.

The point of exchange between the lattice and throat is the fulcrum of the image. One ponders whether the artist’s mouth is open to prompt language or has it been enforced by terror or a seemingly silent scream? The construction of the face through intense and vibrant regions of colour contrast entreats visual gratification. The outcome is a radical painting.

Lassnig’s piece Balken im Auge/Trauernde Hande (beam in the eye/mourning hands) signifies Lassnig’s mother’s coffin. The flowers that rest on her mother’s lifeless and migratory corpse is the formalised full circle from life stomached out of the womb to entombment. The frailty of the body and the fragility of life, existential concerns and carnal reality. This painting mourning the death of her mother offers a compassionate lament.

Seeing her imagery, it seems as if Lassnig desires to climb out of the canvas, descend back into it and eventually arise from it like a brand-new person. Painter and painting are inextricable.

This exhibition from beginning to end is a dream-like struggle with the human form, bereavement, associations and womanhood. One is confronted with one’s physical existence, a passage of deterioration and conflict, perhaps a speculative revolver to one’s face.

Note: The retrospective Maria Lassnig – Ways of Being is on view in the Stedelijk Museum from 6 April until 11 August 2019. The exhibition is curated in collaboration with the Albertina Museum in Vienna in honour of the artist’s hundredth birthday and can be seen there from 6 September to 1 December 2019. It is supported by the Prins Bernhard Cultuurfonds, the International Collector Circle and Curator Circle of the Stedelijk Museum Fonds.