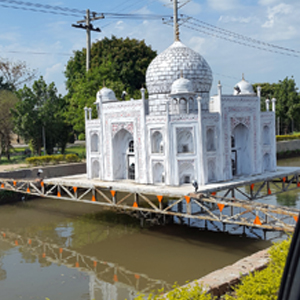 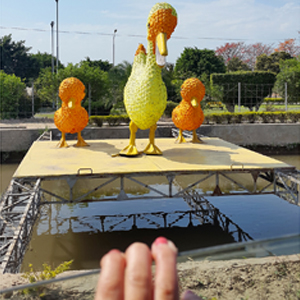 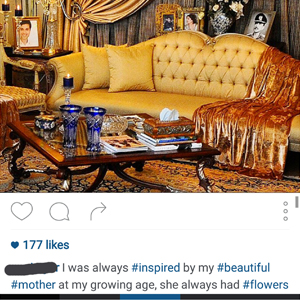 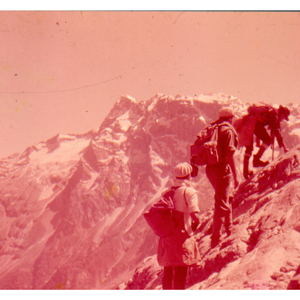 “Photographs typically provide evidence specially about what they depict. Most significantly, the epistemically special character of photographs is revealed by this fact: we are inclined to trust them in a way that we are not inclined to trust even the most accurate of drawings and paintings.”[1]

The term contemporary drawing in a broader context surpasses the conventional strokes, gestures and surfaces. It is no longer about the relevant techniques or tools. It is no more a mere discipline but a performance, a comportment, and a position. It is a stance that requires an almost preternatural awareness – both observable and the experiential. To understand drawing in its modern age demands one to dip their feet in a gamut of fields ranging from phenomenology to linguistics. It is a play of the semantics as well as the semiotics; the tangible and the metaphysical; perception and expression. It taps the intellect and the viscera, summons reason and irrationality, provokes the sensory and the motorial. It is this heterogeneity that makes it so hard to classify drawing as a medium, and yet it is this single characteristic that nourishes its use.

To taper the swelling edges that contain this canon would be quite unfair. Hence, amidst the burgeoning flux where genres within and beyond contemporary art are continuously redefined and reframed, the dogmatists are left defeated with a weightless argument that Saba Khan’s display of photographs chafe the standard tenets that drawings entail.

Khan is the fourth artist to showcase as part of the IVS led project “Drawing Documents.” The venture examines the current face of drawing in Pakistan and overlooks its ambiguous definition to locate its presence in contemporary art practice. Indeed, the interpretation of what a drawing is, is as individualistic as it is universal. For Khan, the inherent feature of drawing lays in its use as research. Where many artists draw in the literal sense as part of the preliminary process, Khan photographs. Similar to unpremeditated scribbles in a journal, the photographs immortalize Khan’s uncontrolled and erratic vision and thoughts; this process is a vacillating journey she undertakes. Fascinatingly, the quest imaterializes into a furbished body of work for this exhibition.

Titled “Photographs are drawings,” the exhibition is an array of photographs selected by Khan from the copious amount of visual data she gathered since the inception of her practice. These serve as a vignette into the artist’s thought process – teleporting viewers amongst the visible spaces, objects and people to emulate her point of vision. She assists the audience to commence a dialogue with themselves that pivots the concerns raised in the images. However, by omitting any context to the visuals Khan reins herself in from elucidating the overtures. She permits the audience to develop their own opinions and responses to the variegated medley. Each photo presents itself as a prologue to individual concerns.

Initially deriving inspiration from various personal narratives in its early years, Khan’s practice gradually percolated into a more public sphere as discourses on social discrepancies began to emerge in her work. However, despite her evident attraction towards such issues, strands of domesticity visibly remain integral to her artistic creations. Khan has developed a sensitive eye for instances, organized behaviour, and established features in people and places that often evoke feelings of reproval. She makes jocular observations and spontaneously photographs various zany sightings whenever she commutes; unbeknown to how it may inform her painting trajectory. While most of the photographs never resurfaced as paintings, it is very apparent that this isolated body of work and her paintings are woven together into a single mesh. She documents the quotidian; happenings which harbour amusement and dismay. The activity captured by Khan depicts the gradual evolution of the very fabric that makes the city and its citizens. Much like the boiling frog, the matters raised are those which are often overlooked and invalidated by passers by; however it becomes difficult to remain impervious when engaged with her collection of images.

Tiered cakes and greasy sweets are iconic in Khan’s practice. To her these desserts that are rich in cream and saturated with sugar illustrate our self indulgent nature. She identifies the higher echelons of the society by their habits and expensive tastes. In fact, the subjects in many of the pictures flaunt distasteful opulence. From the tawdry monuments replicated in the secluded Bahria Town of Lahore, to the garish exteriors and interiors of households that are nothing but conceited displays of one’s wealth and abilities. The common imagery becomes a distinct representation of particular class, communities as well as their attitude. Insular cities develop within cities as people become more sybaritic and grow distant from that which exists beyond the perimeters of their houses or gated societies. The stark thresholds chalk the divide between the two lives.

Seclusion and classism is reiterated by the documentation of demolished neighbourhoods. Less privileged communities are evicted from their homes with false promises of a better replacement. The existing history is razed to rebuild a new identity – one with lavish malls and costly housing schemes. Mindful of the hollow face lifts, Khan steps in to archive the ongoing restructuring before no trace of its immediate past is left behind.

Khan leaves viewers stunned by evincing not only the sectarian divide prevalent in our cities, but also the infectious Arabization that is presently proliferating in every direction – across streets, past strata, and beyond age. Dolls with headscarves have become obtainable, television transmissions have drastically religionised with a gratuitous adoption of Arabic argots, and Arabic verses have become a common sight – embellishing walls, public signboards, as well as the facades of residential and commercial structures. One of the risible impressions of the situation is a series of photographs in which Khan places an Agrabah-like jumping castle in public space and records not only the interaction that the whimsical structure has with the assumed settings and its people, but also how the castle’s presence mutates the surrounding panorama.

Having previously taken images of socialites from insipid magazines which she then renders as burlesques, Khan continues to play on the edge as some of the photographs are noticeably screenshots of people’s Instagram posts. In her defence, the owner’s consent to have those photos acquirable in the public realm gave her the creative license to incorporate those in her practice. While most of the photographs were taken by the artist, a lot of them are borrowed and readdressed from different viewpoints. She scans photos from her father’s albums, extracts a few from stock images, and screenshots from whatever is accessible to public online.

Interestingly, the standard five by seven inch format of the prints elicit nostalgia and Khan ties the historical to the contemporary. Indeed, her work is an account of the perpetual modification the city and its inhabitants undergo but more captivatingly, the process catalogues the history and evolution of photography – focusing on its role in digital documentation. She critiques photography in the age of selfies, hashtags and food porn, most of which have built a genre of their own. From developing prints from films to desultorily applying filters by swiping on touch screens, from advertising through posters and hoardings to marketing via social media and photo-sharing applications, photography has covered an unmatched distance in very little time.

The arrival of digital photography brought a significant shift in the medium. The methods of capturing images have become quicker, easier and more portable. Furthermore, the investment in bettering the field has also created an unprecedented possibility to manipulate photos. For Khan, the medium is also the message. Khan’s acuity encourages her to seek ideas that inform the construction or manipulation of cultural images, and her work orates how visuals reflect, narrate, and even reconfigure cultural meaning.

Although it is no longer contested that drawing can be a primary medium rather than performing a supportive role to other forms, it continues to elude any fixed classification and many artists will aptly lay it forth as an activity than as a medium. This obscurity serves as a catalyst for Khan to challenge its formalist concerns. As mentioned, she visits the time when drawing was just perceived as a preparatory activity for and by artists. She fundamentally enshrines that school of thought, however, by deploying its personal reanalysis with respect to the contemporary moment. And in Khan’s opinion, evidently, photographs and drawings perform the same role.