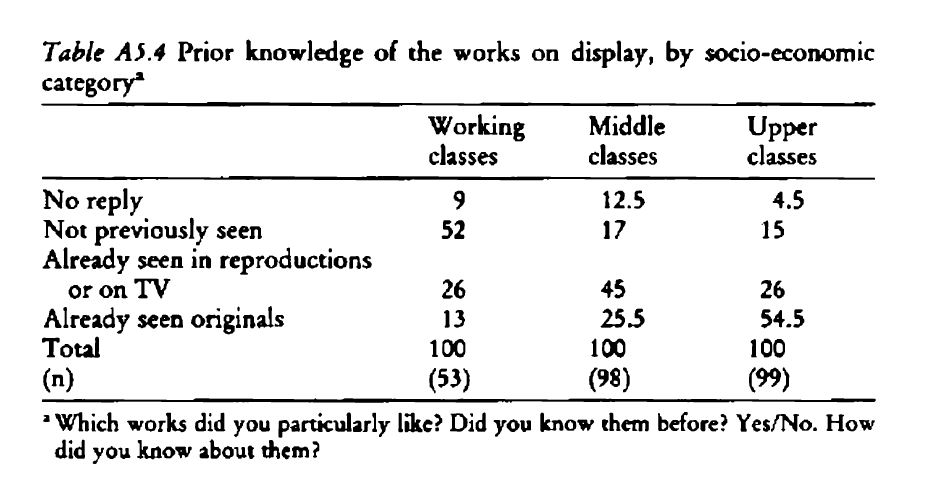 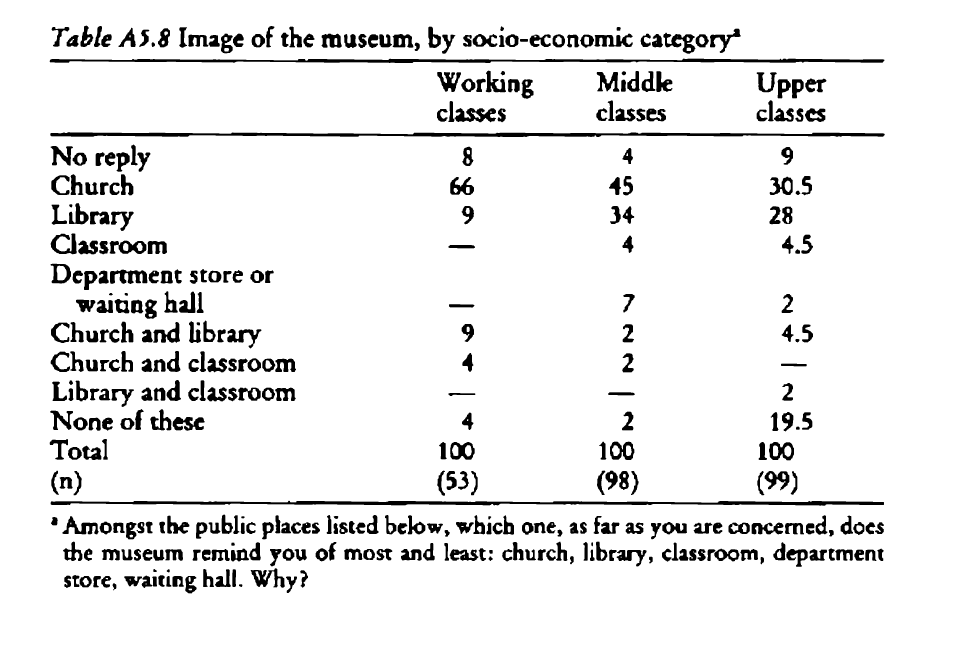 it is a familiar scene. An exhibition is opening. Another in the turnover of exhibition openings, and openings, and openings. Friends, patrons, and colleagues of the artist on display wander glacially about the lab-lit space and exchange short conversations, usually in the form of four mutual questions or less. How are you? What do you think of the show? What have you been up to? Been busy. Me too. At some inevitable point a camera crew arrives to threaten the easy exchange of gossip and criticism by pointing a camera at these brightly illuminated visitors, shifting the timbre of their conversations. Friends, patrons and colleagues of the artist have hardened with the intrusion, becoming stiffer, more self-conscious. Looking at art under that hard lens of the camera has now become a performance of looking at art. The visitors observe themselves being observed. Do I look interested enough? Do I look like I’m concentrating? Should I have worn a different shirt today? This digitally apprehended visitor now thinks less about the art being looked at than about the possibility of their own image soon appearing on thousands of television screens across the country, slightly pixelated and accompanied by a sitar soundtrack. And then. One of the camera crew asks, “which one is the artist?” The worst that could have happened has happened. That diabolical question will soon have to be answered… “So what is your work about?” And soon, thank goodness, it is over. They have gone. Calm and intimacy descends once more.

Once observing one of these scenes (and simultaneously being observed as part of it), I noticed a cameraperson filming an artwork within the exhibition. He was not filming it as a whole, or as part of a curated arrangement, but from one of its edges. Shooting this wall-mounted sculpture with an almost macro-lens proximity against its contrasting white wall background, he then proceeded to slowly spin the camera. I imagined the resulting shot: material, texture, wall, white, edge, and rotation. At later exhibitions I noticed it again, and again. It seemed that most of the work of camera operators attending exhibitions openings was dedicated to perilously close observation of artworks, parsing segments from sculptures, paintings, drawings, and objects. I do not own a television and understand only basic Urdu, but have since spent a good deal of time watching news channel art ‘reviews’ online. Dailymotion, Tune.pk and (don’t tell anyone), YouTube, have provided a random sample of these short flourishes of reportage from various news channels, uploaded by camerapeople themselves, by the channels directly, and by a legion of anonymous internet aggregators whose compulsion to add increasingly more content onto the internet remains mysterious.

The narration of news channel exhibition reports almost always arrives in the form of a voice-over, and journalists rarely feature in front of the camera. If they do, the effect can often be just as incongruous as the filming decisions of their crew. Camera operators in Karachi are more prone to technical acrobatics than their counterparts in other cities, I have noticed. On the reason for this, we can only speculate. Given the limitations of my Urdu, my scrutiny of this footage has inevitably focussed more on visual semiotics than narrative content, and there are many patterns that emerge, as if teams of journalists and camera operators have gradually developed a tacit rulebook for shooting exhibitions that would include some of the following dictates:

All exhibition reports should begin with a fast relay of still images of exhibited works, preferably edited together with a dazzling range of effects: crossblurs, spins, ripples, mosaics and wipes. (Note to editors: if you can use all at once, then do so). If picture frames and mounts can be avoided in close up shots, avoid them. Close ups are key. If there are figures represented in the paintings/drawings/photographs, particular focus must be paid to the faces. No nudes. At least two artists or curators must be interviewed. If there are none present, visitors will do. Shooting artworks should take precedent over shooting people. If there are any children present, make sure they’re included, preferably pointing at something. When exhibition visitors are to be featured, they should preferably be filmed in groups or pairs. Remember: visitors look more engaged when they’re also pointing. Close ups are key. There is no rule against shooting large artworks from the floor; oil paintings look particularly sensuous from a low angle that catches the light. If the artwork has moving parts (even if it doesn’t), make sure they are moving for the shot. Changing depth of focus is a great way to animate a shot. If there is something that can foreground the artwork/exhibition (a bunch of flowers, large glass bowl, mirror, etc.), use it. Close ups are key. If you can spin, wobble or pan a close up, do so. Close ups are key.

French Sociologist Pierre Bourdieu wrote extensively during his lifetime on the distribution and reception of art and culture. Rejecting Enlightenment ideals of aesthetic judgment that relied on the idea that an ability to appreciate art is born to all people, Bourdieu quantitatively researched the manner in which cultural and artistic taste is in fact differentiated according to class, education and habitus (or cultural background).[i] In a pioneering study Bourdieu co-authored with Alain Darbel, a particularly instructive survey was undertaken across a large sample of European museum visitors. Upon being asked whether the art museum visited reminded the subjects surveyed of a church, a library or a classroom, a significantly larger number of working class visitors chose a church, while a statistically higher number of middle and upper class subjects selected the library or classroom.[ii] While the ‘working class’ visitors Bourdieu and Darbel’s surveyed likened the museum to a religious space in which an attitude of deference, awe and obedience would generally be adopted, ‘middle’ and ‘upper class’ visitors viewed the museum as a space of enlightenment, education and accessibility. While of course the context of Bourdieu and Darbel’s study is geographically and historically removed from Pakistan and the nature of the majority of its gallery spaces, the differentiated response to the question of a museum’s institutional likeness is useful to keep in mind.

Reverent deference seems to be absent from exhibition reports on news channels in Pakistan, and the educational value of these reports is cursory at best, rarely crossing beyond basic narration and description. Therein lies my interest in these short snaps of cultural reportage. Rather than deference and education, these reports are almost entirely filled with a kind of crazed jubilance – a profound (if oddly expressed) enjoyment of the exhibitions, artists and artworks being filmed. If this jubilance is muted it is invariably by the often-nervous and occasionally reluctant interviewees featured. Also notable about these reports is their peculiar democracy – from exhibitions of prisoner art to craft shows and displays of contemporary art; all get the same treatment.

When complaints are made about the elitist world of contemporary art and the exclusionary nature of its semi-private institutional spaces, rarely is the contribution of these small camera crews noted as among the anomalies that open out this world to a wider public. While we can complain about a lost avenue for intellectual discussion and debate, and the odd contrasts that are set up when current affairs reporting is spliced with these reports, the necessary brevity of these reports at least keeps viewers from changing channels. The experience of watching scheduled programmes or films in which one makes a certain advanced choice to engage with the content for an extended period of time is quite different from the watching new channels, in which fast-paced sequences will move on to more sequences. The viewer is therefore aware that even if the current report is uninteresting, there will be another to follow it in a mere matter of minutes.

The television-viewing public in Pakistan is wide and art reports on the news manage to widely demonstrate that behind the apparently fast-shut doors of small cultural institutions in Pakistan, there is a vibrant and varied art world in operation. In all their technical madness, camera twirls and editing acrobatics, these reports widely demonstrate that Pakistan’s cultural world is sumptuous to the eye, dynamic, and importantly, that it can be explicated in simple terms. In other words, that it is accessible. And fun.

While we can only speculate on the manner in which these reports serve to introduce a wide general public to culture in Pakistan and to contemporary art more specifically, it would be instructive to find out whether exhibition reports serve as an entry-point for the uninitiated into exhibitions of contemporary art when events such as the recent Sindh Festival, Pursukoon Karachi or recent literature festivals take place, events that we know have been widely visited by a wide public. As part of their own study, Bourdieu and Darbel asked visitors to museums from different socioeconomic categories whether they had previous knowledge of the works seen in the museum. A similar study in Pakistan would be fascinating, not only in terms of determining the extent to which exhibition reports (among other mediums) serve to de-alienate the spectator in advance, but also in quantitatively determining the prior associations, tastes and views of visitors to art exhibitions across the social spectrum. And until such studies can be conducted, perhaps we should just enjoy the joyous peculiarities of art reports and appreciate the camera crews as they arrive. Perhaps give some tips: point out the most significant and interesting parts of artworks exhibited that might particularly enjoy that revolving shot. And most importantly… smile for the camera!

Gemma Sharpe is a writer and a lecturer at the Indus Valley School of Art and Architecture. She is also a coordinator at Vasl Artists’ Collective.

[i]‘The habitus, a product of history, produces individual and collective practices in accordance with the schemes generated by history. It ensures the active presence of past experiences, which, deposited in each organism in the form of schemes of perception, thought and action, tend to guarantee the ‘correctness’ of practices and their constancy over time.’ Pierre Bourdieu, The Logic of Practice, 1980. [trans. Richard Nice]. Stanford University Press: California, 1992. p54.