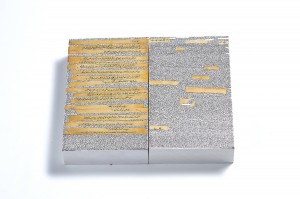 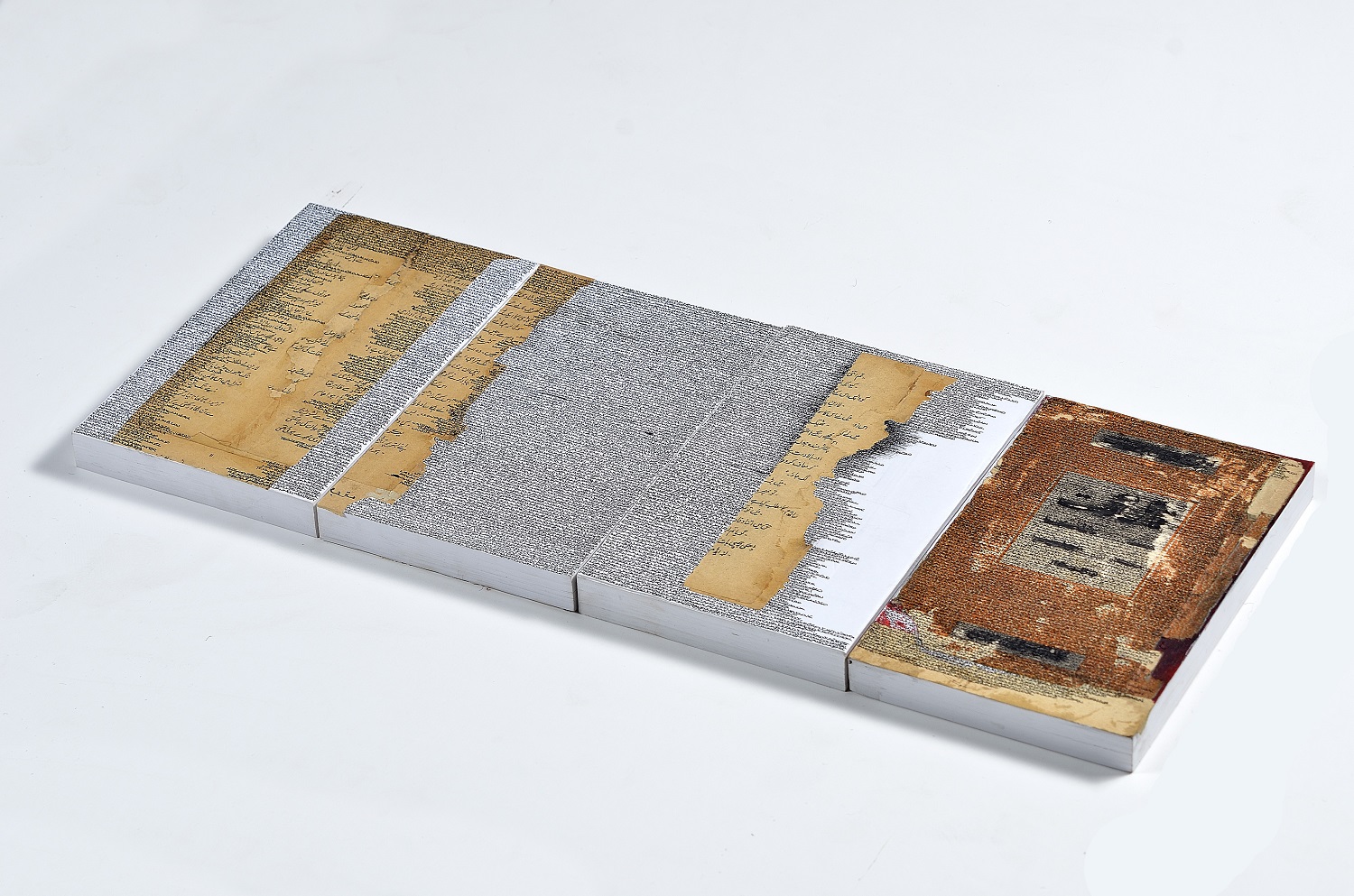 Language and Image – A Love Affair

Conversation is a two way road – an exchange, privilege and necessity which we the human beings deeply rely on. This dependency or gift led to different tools for its manifestation – from a sound, scream, screech, shout, whisper or hum to dictionaries formed for thousands of languages across cultures, one is awe-struck with mystery, where did it all begin – what is the origin of the ‘word’. One can indulge completely into the historical progress and story of this tool which drives all possible conversation in the world but the point of reference i.e Aisha Abid Hussain’s recent work for her solo show at the Loft Gallery is more of an intimate dialogue – a close sitting between hearts, and thereby the ‘heart of language’ pulsates through her current expressions. Empathy is first and words are people. Hussain has been unfolding courtship secrets of her elders from first hand resources such as their letters and diaries. She brings verbal trailers of the past and blows them up to infinite proportions with etiquette of her own. This slicing-out from the past into a new-present begins a language and conversation where diction rises above time.
Faqat tumhara (yours only – male voice), Sirf tumhari (yours only –female voice), Lazawal muhubat (never-ending love), Mijazi khuda (god on earth) are all in Urdu and verbal parchments from old romantic tales in Hussain’s familial archive. She takes the expressions and entails them to the point of nothingness. Value and volume are impossible to understand as repetition emphasizes and stresses upon the significance of meaning yet it also does the opposite, a hypnosis and brainwashing of the sort which goes on in the background like the chirping of sparrows or traffic pollution, so ordinary in its extraordinariness that all meaning is lost. The words are minuscule in scale and each expression is repeated meticulously in almost mechanical perfection. This consistency is a constant in the entire body of work and thereby predictability serves like a weapon for Hussain – control is persuaded to mock control or argue with itself. Her previous training as a miniature painter supports this habit and she shares how she indulged in the practice to the point of being obsessed. Maintaining an order through scale and proportion was a test of possibility. Details and tools were explored; she introduced the use of the rapidograph pen/pencil to attain perfection. The words form chains in communion; the light pencil work invites the viewer closer in secrecy to have a personal conversation…
Hussain’s attempt to bring old romantic expression into the current-world is almost like a pendulum of words, to and fro and simultaneously material speaks for itself. Open or un-openable rectangular books made with a layering of vaslis are brick and book like pieces; she refers to them a 3-d vaslis. Book archives/ remains of withered Urdu novels/ journals, again centered on everything to do with love and its struggles are intelligently collaged to play a hide and seek – white versus brown paper, readability versus ambiguity …. during the course of my preview she has mentioned how sometimes direct and literal is the answer to complex narratives. The age of paper, quality and text-font all contribute to dictate their own region and time.
Loss stands like a pillar for her dialogue – and it multiplies itself to challenge understanding. One begins to wonder about the possibility and infinity of loss; time lost, hearts lost, identities lost, ideologies lost, truth lost, lies lost– Hussain confesses that it may be too personal but recently losing her father and the empty space of a loved one also gave way to the overall reflections in her work. Her work ‘till we meet again’ appears like stich-marks after a surgery or again the weave of a fabric when seen together but it is the sheer act of crossing out a day/date, like we do on the calendar. The work ‘Bad connection but love is altogether another story’ has the same words that we have seen on greeting cards given on weddings, Shadi Mubarak i.e. happy marriage but its blurring out and inconsistent visibility again invites like her other works to reflect on heterosexual communions and love both ways…fading or glorious…seen, unseen, real but sublime. The visual affect and impact is otherworldly and unpolluted…
Hussain’s solo exhibition is a modest and sacred scrutiny of all that we ignore in and about love.
‘Aisha Abid Hussain: Embodiment of the Sublime’, at The Loft at Lower Parel, Mumbai booth, India Art Fair, Delhi, 28-31 January 2016. Images courtesy of the artist.
Sehr Jalil Raja is a visual artist and writer based in Lahore (BFA, NCA 2006) and (MA Hons Visual Arts, NCA 2014). She is currently teaching at NCA.