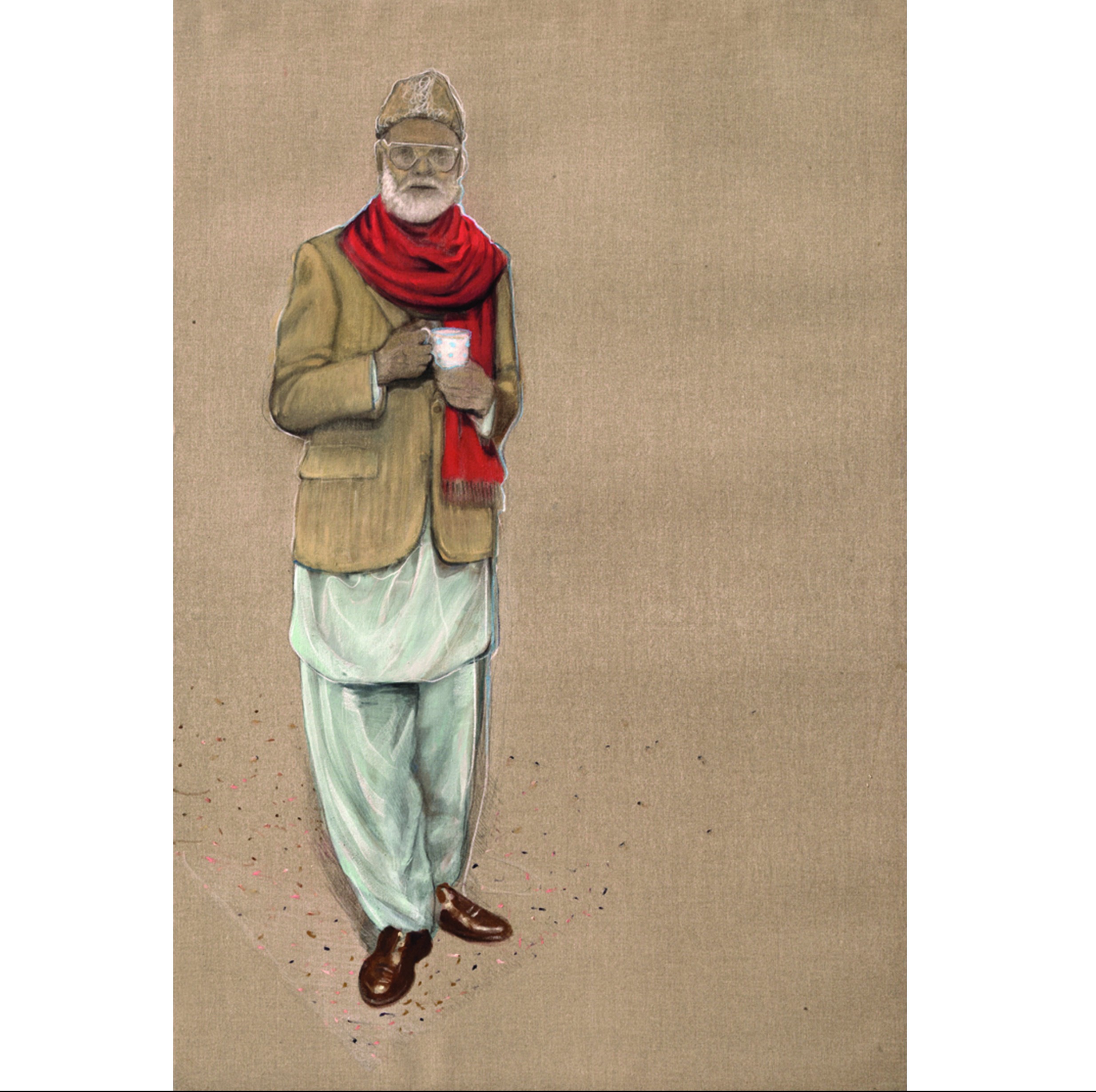 Landswept, a solo exhibition by Suleman Aqeel Khilji, showed at Sanat Gallery in December where the main focus ostensibly was on floating ob

Landswept, a solo exhibition by Suleman Aqeel Khilji, showed at Sanat Gallery in December where the main focus ostensibly was on floating objects placed against the grandness of open lands, fields, roads, hills, mountains and, in one instance, incorporating an architectural landscape at the foot of the mountainous terrain as a backdrop for the plastic bags floating around. A few handful of these canvases also depicted full length human subjects placed in an indoor surrounding against a backdrop of brown linen on which they started their collective journey.

The base is, what appeared to be, treated linen providing an intensely unified mood to the entire series. The artist speaks of how his main idea in fact was to start with a uniform mid-tone, on to which then, compositions could be placed. Khilji has mainly made use of pigments and graphite on linen. Gold was selectively used in some paintings which further assisted in drawing attention to the inanimate objects against the background lent to the landscapes- giving them a spectacular shiny glimmer and bringing them to life.

What stood out undoubtedly, as a source of Khilji’s fascination, were the poleythene bags. These bags did not serve as contexts of environmental inquiry but as having a life of their own which Khilji is adamant to explore.

This artist’s inquisitorial fascination is rightfully shared for the other objects too. There seems to be an affectionate analysis of other objects- a book, a brick, an empty beer can. The dominant reds of the beer can attracted the artist enough to inquire about the character it encompasses while floating alongside the cherished polythene bags which drift harmoniously signifying a story of their own.

Shadows of these objects in the landscape have all been well accounted for by the artist. Clearly the examination of these inanimate objects, which have a life of their own, have vividly attached shadows which the artist has not discounted off during the examination of these objects in their man-made , yet ironically natural abode. All the objects which seem to be floating in the paintings are given a distinct shadow of their own thereby adding onto their anthropomorphic characteristics. One however does wonder if shadows are actually an essential element of the series merely because it is the right way to paint or is it the part and parcel of the affectionate analysis that the artist is undertaking. The concept of floating objects without shadows could have been a bit forgiving to the nonconformist eye had the artist chosen to take that route.

These shadows are inherently sharp particularly in paintings where the subjects are full blown. With the exception of the painting titled Baba, shadows of the people portrayed are loud and in some cases even overpowering and larger than life. In Baba, there is a clear use of negative space by the artist; the lack thereof of a loud shadow does indeed allow the attention to focus on the character, clothing and stance of the subject itself. Without the added distraction of a floating polythene bag in a corner, the viewer is wholly dedicated to the subject Baba.

The artist in conversation with Hajra Haider Karrar has noticeably spoken of how the objects and human figures have indeed been used interchangeably in this series. For Khilji, the act of painting is contrasted with an act of questioning hence becoming a conversation in itself. Khilji states – “for me painting is the point of departure”.