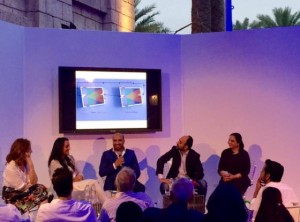 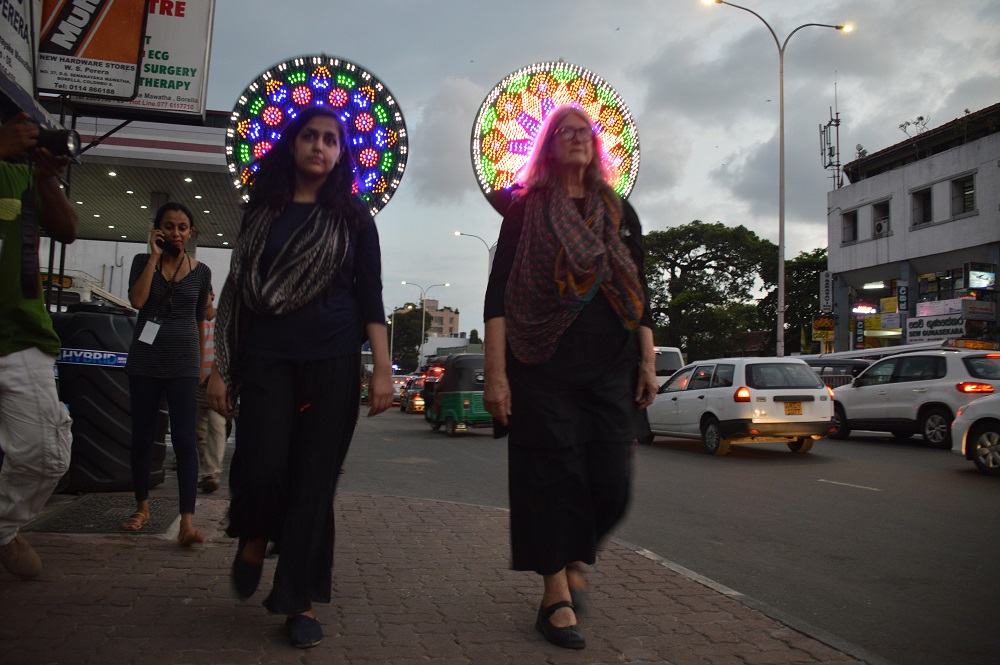 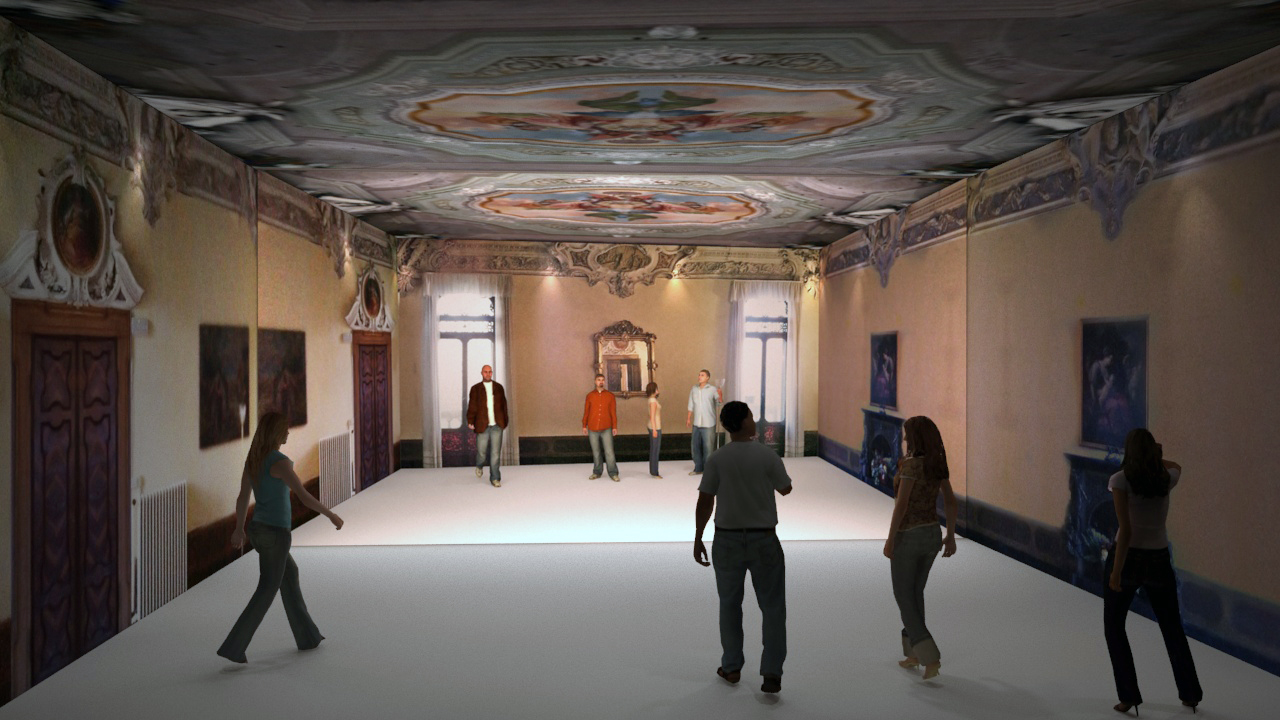 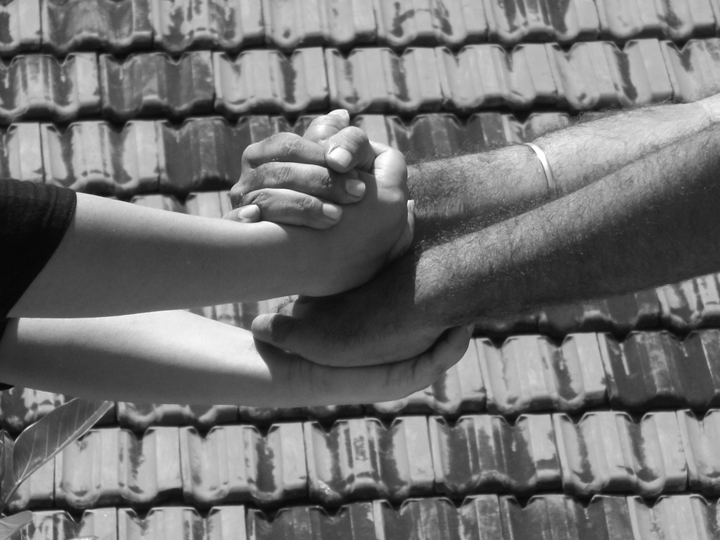 The international art community’s calendar pivots around central, peak events that have acquired definitive importance over time. The Middle East particularly, and peculiarly, has established itself as such a primary meeting place in the art world. Pockets and factions of the art world migrate and convene and it is on gatherings such as these where larger and mostly intangible dynamics and energies within the art community become visible. Art Dubai is at the heart of this art boost phenomenon, which has seemed to grow exponentially over the past few years.

In March this year, once again, Art Dubai hosted several hundred artists, curators, gallerists and art enthusiasts who met and exchanged ideas. With a showcase of seventy-two galleries from thirty-five countries, Art Dubai 2015 sought to reconfirm its position as a “site of discovery and diversity”*.

Coupled with its plethora of varied exhibits from galleries and guest curators, the event offered opportunities for dialogue via multiple talks and dialogue sessions. Terrace Talks, a separate entity within these sessions, introduced the audiences to some of the upcoming forces and major projects within the international art scene.

The Lahore Biennale Foundation, invited by ArtNow, was launched as one of such multidisciplinary organizations committed to the reclaiming of “a place for the Arts in Pakistan’s national discourse”* through public engagement. The Foundation, run by a team of prominent artists, art-lovers and curators, all of national or international repute, and hailing from diverse parts of the world, had the opportunity to discuss and share various ideas and goals.

Established in 2014, the foundation has been working towards the goal of a biennale in 2016, hosting workshops, residencies and research grants in the process. The panel at Art Dubai comprised of Rashid Rana, Mohsin Hamid, Qudsia Rahim and Fawzia Naqvi, with Faiza Butt as moderator. The overall larger group working towards the materialization of the biennale itself includes the renowned names of Osman Khalid Waheed, Risham Syed, Huma Mulji, David Alesworth, Raza Ali Dada, Ali Naqvi, Shahzia Sikander and Rafay Alam, amongst others.

As the presentation progressed, the foundation’s character and various facets unfolded. The LBF functions through four interrelated cells: Project Grants, Workshops, Publication and the Biennale. Each cell supports varying projects, such as My East Is Your West, Rashid Rana’s and the Gujral Foundation’s Venice Biennale Project, or Theertha’s Performance Art Platform in Sri Lanka. An evident unifying goal between all these undertakings was the dissolution of the exclusivity of art via interventions in public spaces, through subtle ripples in larger narratives of the city. My East Is Your West, for instance, proposed to very simply and beautifully break barriers across the globe by introducing an unexpected virtual yet physical communication portal between publics at the Venice Biennale and at Lahore Liberty Chowk. The simultaneity of these two separate/disparate spaces and realities, made apparent momentarily in a transporting medium, would decontextualize viewers and bring them back within minutes, thereby invoking a refreshed perspective of one’s own mundane world and its specificities. Theertha’s Performance Platform Workshop, on the other hand, brought together South Asian performance artists in Colombo, who then dispersed across the city to investigate the landscape in terms of lines, psychogeography, phenomenology, temporality of space and experiential borders. The resulting performances blended yet stood out in public spaces of the city, poking at unnoticed patterns or playing with the consciousness of surrounding viewers. Borderlines thus broke institutional confines and became more of an immediate discourse with the public and the continuity of public life.

The LBF projects overall reflect the foundation’s firm belief in the transformative power of art as a counter-narrative, counter-indoctrination and humanizing force. The foundation seeks to engage practitioners through a multidisciplinary, experimental and research-oriented approach that probes into not only public life but also the social function of art.

The Mission Statement for the foundation clearly states that it “is committed to the potential of art as an instrument of important social critique [and] operates in awareness of possible public(s) and location(s)…It values public investment and considers the specificity of geographical and social context in establishing the legitimacy of its functions…” Some of the Aims & Objectives, on the other hand, assert that the foundation aims:

“To promote public and multidisciplinary interaction with the arts by critiquing and expanding ways of production, exhibition and dissemination;

To encourage the practice of arts as a socially contextualized process that explores and evaluates its social function.”

Upcoming projects at the LBF similarly encompass these objectives. The Foundation has recently launched an open call in collaboration with Habib University to invite proposals (from artists, architects and liberal arts’ practitioners alike) that study notions of the “metropolis”. A Research Fellowship handled by Iftikhar Dadi, Hammad Nasar  and Nosheen Ali, will be launched in the coming months, focused on academic art writing, history and language as a mode of engagement and expression within the context of South Asia. Other undertakings include Public Arts Projects, which will provide public sites for critical examination and proposals of artistic interventions. Lastly, the Biennale itself seeks to grow in view of developments within the city and their urgency, without a dictatorial agenda, and with a comprehensive understanding of the public following its anticipatory projects and grants that will form much of its research.

Quite a few have critiqued LBF’s ambitious scale in light of the South Asian context it falls in – the fluidity with which the organization is expanding however, and its small but multiple dialogic components are just the kind of sensitive approach that is required within the circumstantially precarious city of Lahore. The foundation’s conscious refusal to marry itself to any one overarching goal other than to let the vision shape and be shaped by surrounding forces is reflective of an informed approach.

“The LBF is, by necessity, mercurial in character and its adaptable processes escape easy categorization. This is underlined by a consistent examined perspective that seeks to reconcile changing realities with LBF’s vision.”*

The foundation is merely fostering ongoing, natural developments within the Pakistani art circle by providing avenues and opportunities. Most importantly, the very existence and formation of LBF is indicative of the rapidly growing strength, will and interest of the Pakistani art community and its indisputable place in the international art world, evident also through not only LBF’s invitation to talk at Art Dubai this year but also the diverse but unified body of art practitioners that form the foundation.